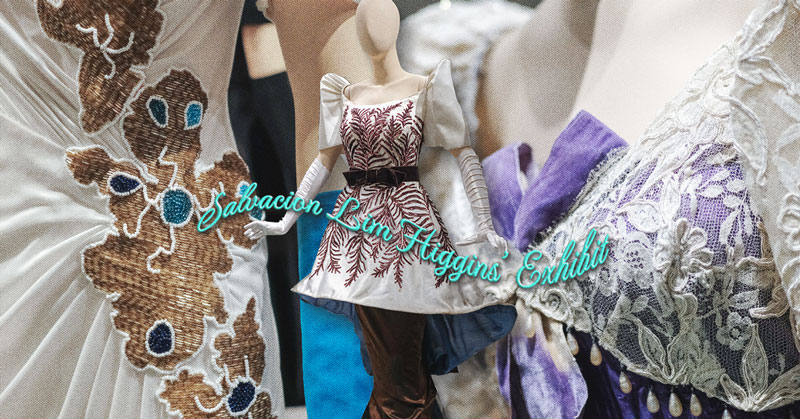 Salvacion Lim Higgins, the National Artist for Design, is the ultimate inspiration when it comes to Filipiniana dressing

It’s impossible to talk about the Filipiniana without mentioning Salvacion Lim Higgins. Also known as “Slim” Higgins, the founder of Slim’s Fashion and Arts School was recently named Philippine National Artist for Design, and it was honestly long overdue. The designer, who passed away in September 1990, may have started her career in the 1940s, but her work still remains relevant today. 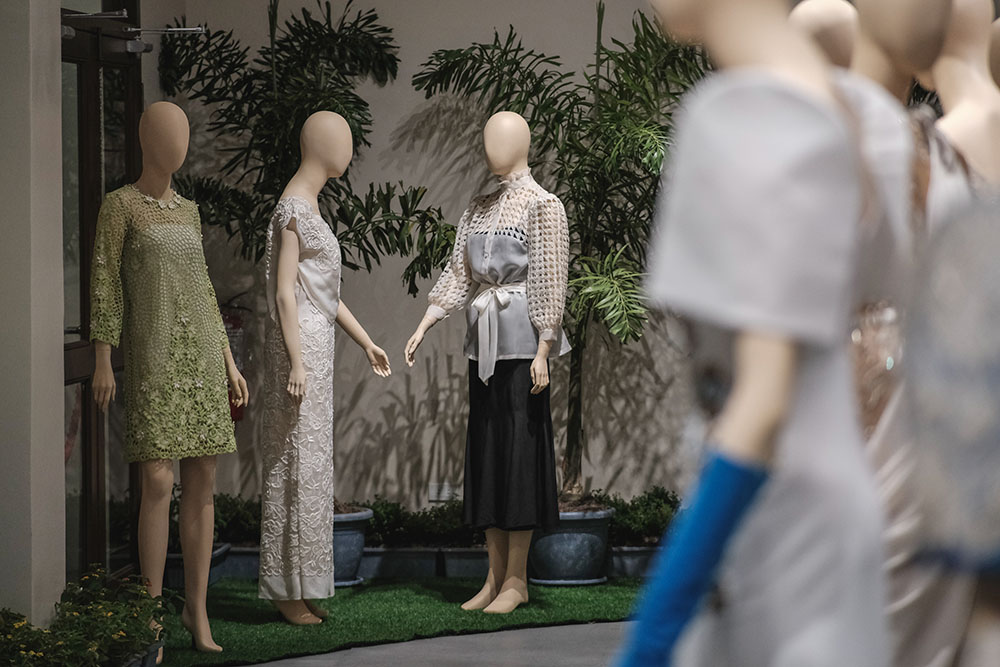 A true modernist, Slim foresaw the Terno beyond its structural confines and constantly reinvented its silhouette. The techniques and fabrics she  used to create her work were intricate and delicate enough to level with the works of her design contemporaries in France and Italy. You can say that Mrs. Salvacion was a true couturier, and could even be considered the first Filipino couturier. 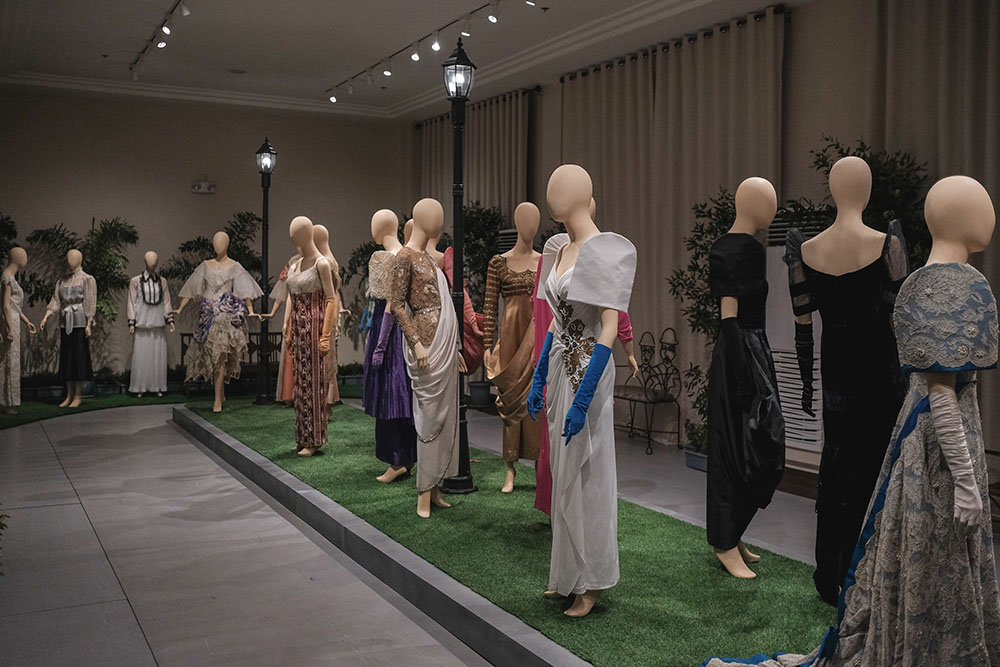 Today, her legacy lives on in her book titled SLIM: Salvacion Lim Higgins, through the eyes and words of her son, Mark Lewis Higgins, who has been celebrating his mother’s work through informative and well-crafted exhibitions that take place all across the city. The latest display called Imagining/Imaging can be found in the renovated Manila Metropolitan Theater—a fitting venue for the work of such an iconic designer who’s also experiencing a “second coming” of sorts. 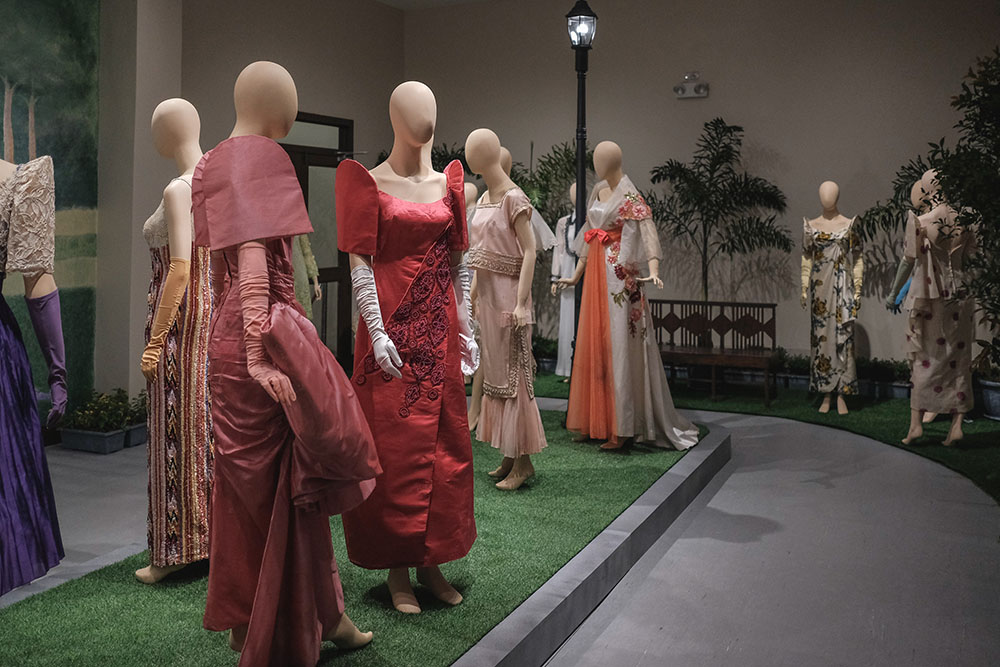 “The MET people actually contacted me and proposed this idea for an exhibit, and they came up with this title, Imagining/Imaging, and the subtitle Salvacion Lim Higgins and the Filipino Identity in Fashion,” Mark Lewis Higgins tells Wonder. “I’ve been thinking in my head these past few months that I would like to do an exhibit of my mom’s work but [focusing] only [on] her Filipiniana, in order to show younger designers today what that range means. Because it’s not just the Terno or the Traje de Mestiza or the Maria Clara—she did kimonas, she did tribal-inspired attire, she did stuff inspired by barongs and a whole lot more.”

“After I spoke to the Metropolitan Theater people, I came to the venue for a meeting and fell in love with the place,” adds Mr. Higgins. The two function rooms that house Mrs. Salvacion’s pieces are also dressed up to take you back in time and further appreciate the dresses on display.

Speaking of range, this particular exhibit showcases more of a variety than the typical, but still awe-inspiring eveningwear you’d expect to see from Slims. You can say that there’s a sense of playfulness to the pieces and a more contemporary touch with the addition of polka-dotted Ternos and a Barong-inspired blouse that could be part of any fall/winter 2022 runway collection.

RELATED: Where to Find Modern Filipinianas for Any Occasion 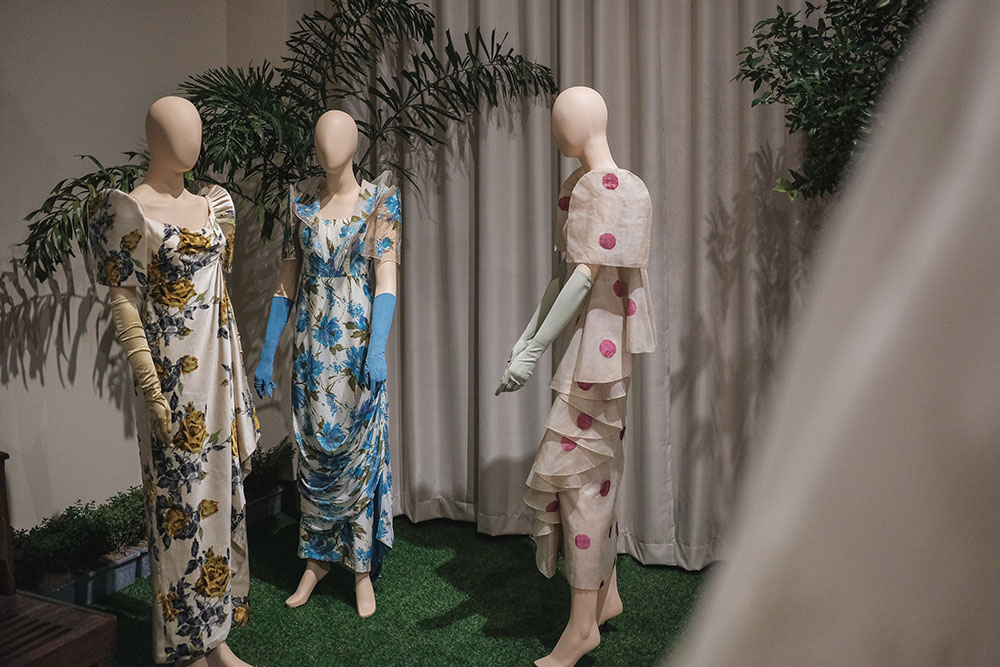 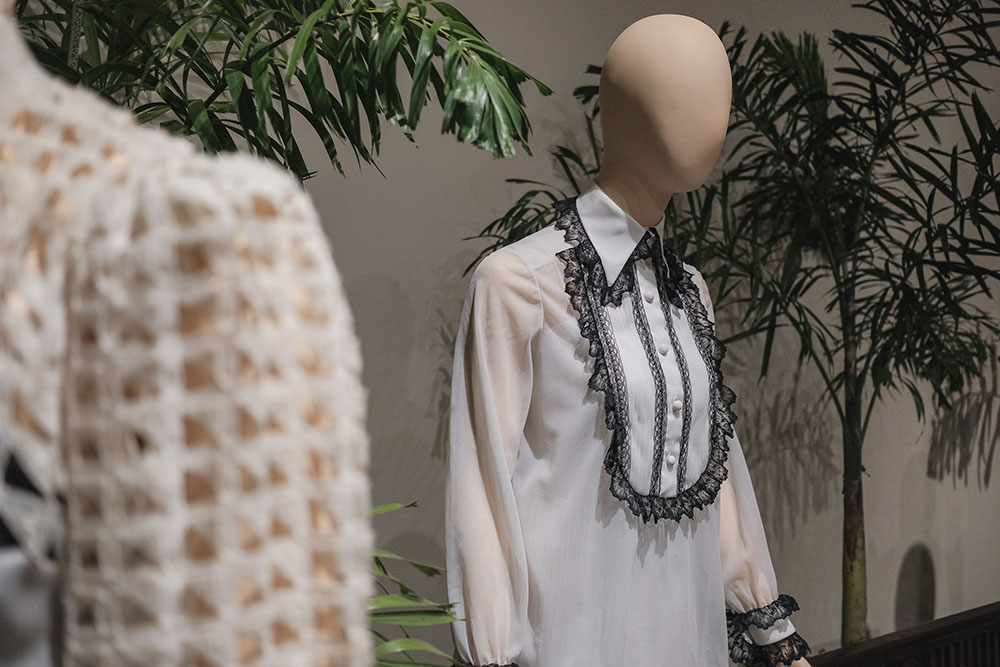 Though most of the pieces shown are from the Slim archives, Mr. Higgins reveals that people have been donating some of Mrs. Salvacion’s commissioned or bespoke work ever since the National Artist announcement. “People have been sending their wedding gowns and such; some of those pieces, we needed to restore for this exhibit. There’s one wedding Terno on display that we restored for this particular show. I think it was made in the late 1950s. But there are several pieces here that have never been exhibited before, so you’re not always seeing the same thing,” he notes.

Another treat on display is some of Slims’ original fashion drawings from the 1940s that have never been seen by the public. Her son explains that he only discovered them about three years ago, which makes this exhibit even more special for audiences who have yet to discover the designer’s legacy. 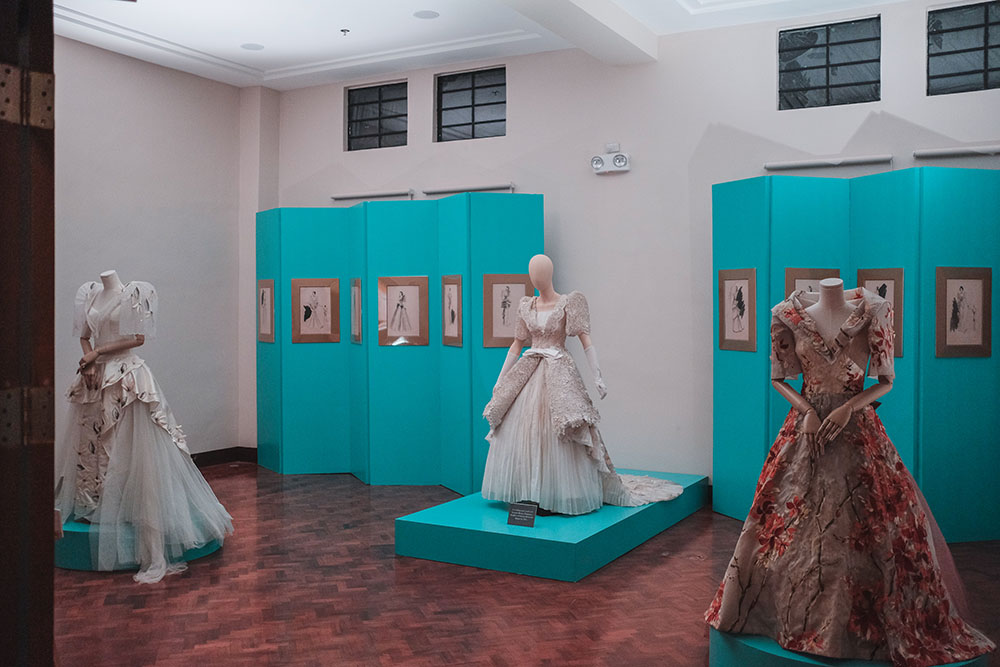 When asked what Mr. Higgins would want audiences to take home from the exhibit, he reveals: “I want young people to see the range of styles when it comes to Filipiniana (at least according to one designer). I also want them to notice that she had a very light touch when it came to her work; they don’t look heavy despite being fully beaded. These don’t look like costumes—they look like actual dresses, mixed with the European sensibility of fashion and couture.”

“Imagining/Imaging: Salvacion Lim Higgins and the Filipino Identity in Fashion” runs until Jan 8, 2022. Exhibit hours at Manila Metropolitan Theater are from 9AM to 5PM daily. Admission is free.