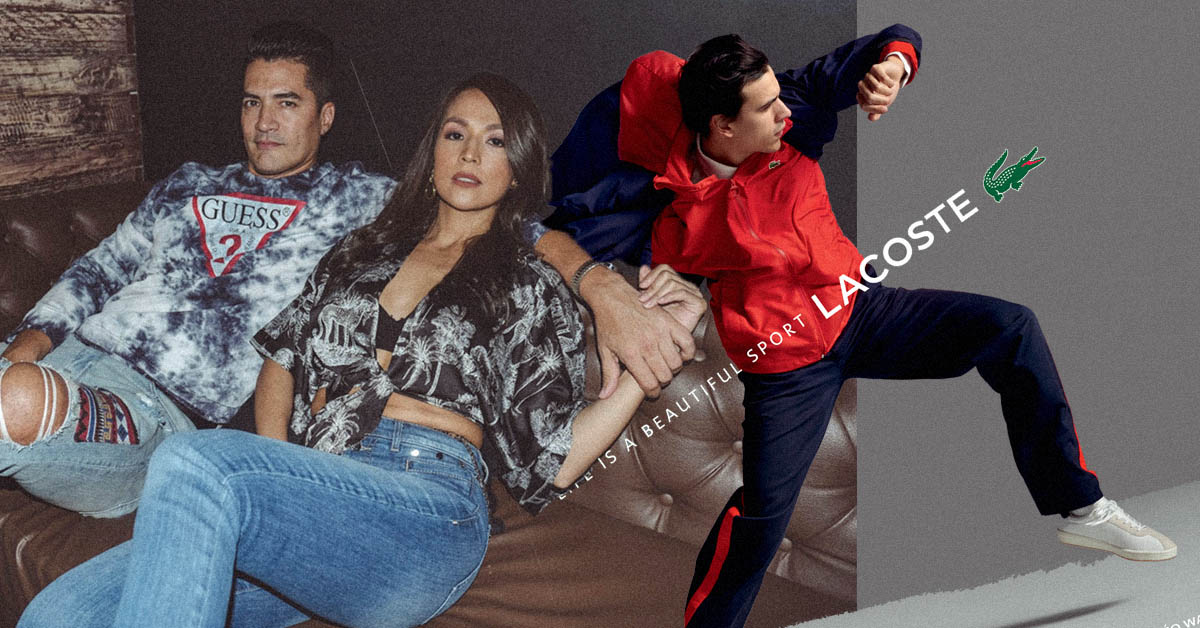 The lowdown on fashion news, the latest releases and whatever else is buzzing in retail this month

Welcome to the second half of 2019 and life after Pride Month. June may have brought in wave after wave (as we’re sure you’ve seen) of rainbow-colored merch, but here, a month later, we’re rather interested in keeping our eyes peeled for brands that put in the work for the LGBTQ+ long after June is through.

From the onset, it’s clear that fashion in July is going to be as exciting as it is telling. The first weekend of the month might mean a dash to an SM mall near you to catch their massive nationwide end-of-season sale. You can also bet that once Stranger Things 3 hysteria kicks in, capsule collections will pop up left, right then front and center. In the meantime, we have Penshoppe’s DenimLab series to look forward to, the campaign for which features tatted-up dreamboat Zayn Malik along with Kendall Jenner and Paris Jackson.

What else should you hang on to your wallets for this month? Scroll through and find out.

The local retail giant’s most sought-after fashion sections are putting their own spin on the wardrobe staple.

The accompanying campaign leans into streetwear subtleties, goes all-out with punchy colors on dyed denim and features 2019 SM Youth Go-See winner Gelai Penales. It also showcases the different styles, silhouettes, washes and pieces with which you can style the key item of the month: now available nationwide in all branches of The SM Store. 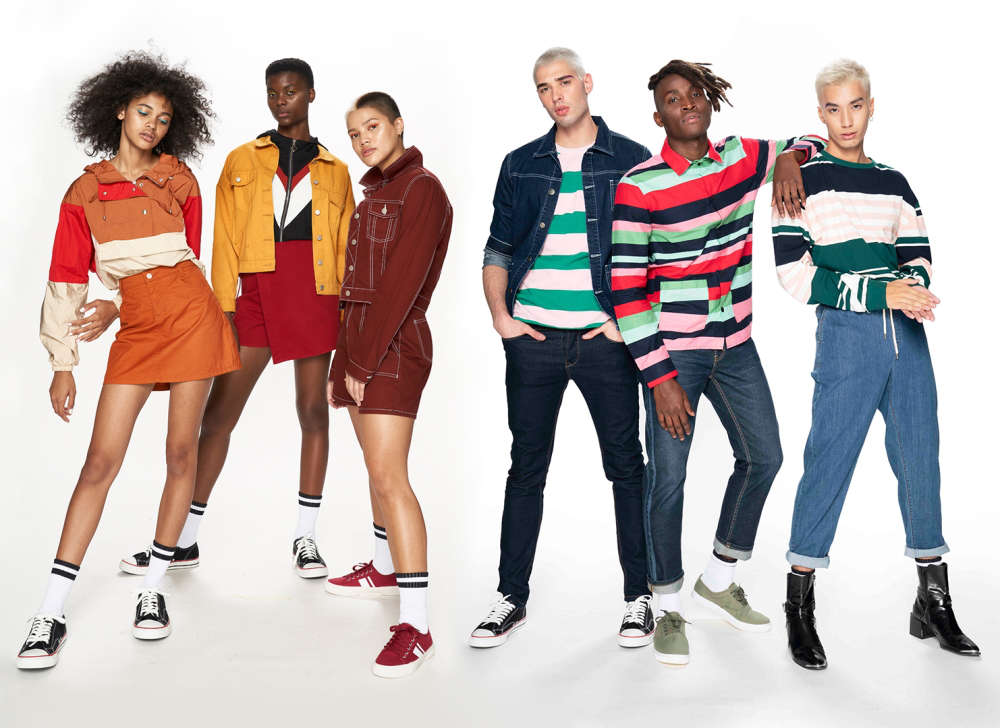 Thank you, Instagram Explore page, for putting Andi Activewear on our radar. Finally, something that blends fashion, form and function and makes straight-to-the-gym dashes from the office less of a hectic ordeal.

Only a few homegrown brands have attempted to take on activewear and even fewer provide the well-rounded product lineup that Andi Activewear does. Since its launch in February, Andi has produced three collections, Flow, Flex and Force, which were “made to address the needs of different individuals doing different things.” A sound starter workout wardrobe if you ask us.

For creative director Sophie Delafontaine, her sophomore collection for the brand is all about the jet-setter’s free-spirited energy and a voyage of self-discovery and independence.

It also reintroduces Longchamp LGP, the new signature print shaking things up at the 71-year-old luxury label. Inspired by Bauhaus artists and New York’s maze-like grid plan, LGP is dispersed throughout the FallWinter collection, giving an assortment of jackets and separates a greater sense of big-city cool. This is especially prominent on Lonchamp’s new handbag collection, La Voyageuse.

The celebrity stylist, founder of Qurator Studio and former Editor-in-Chief of L’Officiel Manila is at the center of the 2019 leg of the style series featuring visual displays, pop-ups and perceptive style talks.

From July 4 to August 18, shoppers in various Ayala Malls can help themselves to a wardrobe curated by industry insider Pam Quiñones. Highlighting four trends, clean and contemporary Pureness, opulent and maximalist Expressive, raw and weathered Natural and non-conformist Unpredictable, Stylist’s Closet 2019 features pieces from over 100 brands across 11 Ayala Malls like Mango, Topshop, Tory Burch, Lacoste, Banana Republic and more. Shoppers can even book an online appointment for a personal styling session with Pam and her Qurator Studio team.

Lacoste Begins a New Chapter with an Exciting New Campaign

After celebrating its 85th anniversary by recalling the timeless elegance of all things Lacoste, the French brand reveals a new era, kicking off with “Crocodile Inside.” Set to Edith Piaf’s L’Hymne à l’amour, the film directed by rising French collective MEGAFORCE and brought to life by French advertising powerhouse BETC suggests a “vision of elegance that is more dynamic and more real, put to the test of life and which resonates with our time more than ever.”

The short film is central to the brand’s “Life is a Beautiful Sport” campaign. Watch it here:

The new silhouette focuses on supporting Mitchell’s unmatched vertical leap and speed while paying tribute to his nickname through a collection of four Marvel Super Hero colorways.

Adidas formally introduced Utah Jazz star Donovan Mitchell’s first signature sneaker, D.O.N. Issue #1. Just as many superheroes have to overcome their own adversity, Mitchell’s unconventional path to the NBA serves as an inspiration for those who face their own challenges. His journey, coupled with his positive outlook even through hardship, led to the decision to name his signature line D.O.N. Issue #1, as a testament to Mitchell’s Determination Over Negativity. “Determination Over Negativity is a belief that anything is possible no matter who you are or where you come from,” said Mitchell. “I wanted this sneaker to be a symbol of that––for the kid who believes they can do anything.”

The stylish international influencers star in stunning getaway photos for Charles & Keith’s newest campaign. The four trendsetters, seen showcasing their distinctive personal styles while enjoying the sights of Formentera. The return of the square-toe silhouette, the transitional low-heeled sandal and the chicest bucket bag you’ll meet: Charles & Keith Summer 2019 is brimming with must-haves for the season and is now available in stores.

Click here to search for a Charles & Keith store near you. 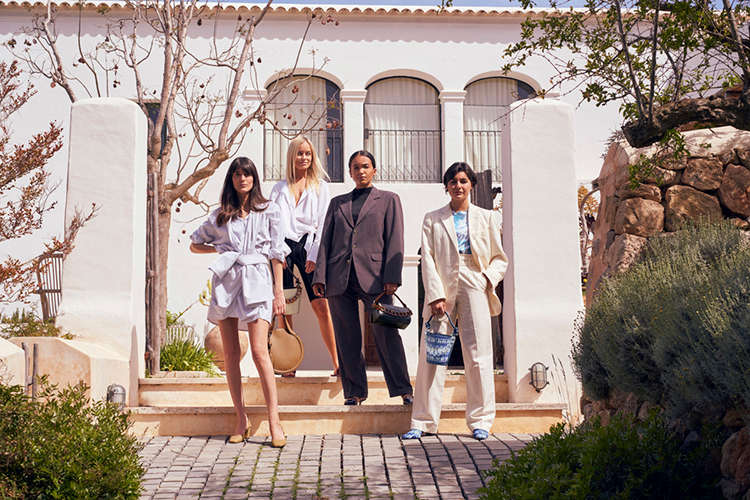 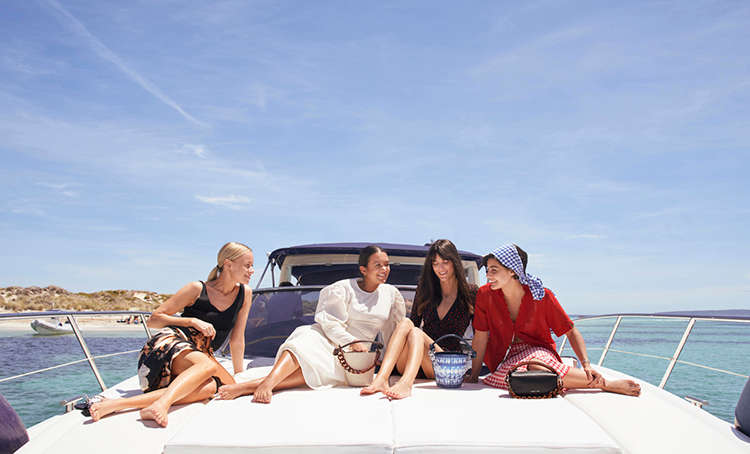 Beyond Pride Month, Calvin Klein shows that it’s one with the LGBTQ+ community all year round with mainstay Pride pieces.

In a celebration of confidence, self-expression, diversity and inclusivity on Pride month and beyond, Calvin Klein tapped photographer and LGBTQ+ advocate BJ Pascual in its latest campaign photographed by Regine David with makeup by Omar Ermita. “Femme, masc, soft, hard, twink, daddy—who says you have to piCK one? ????” BJ said on Instagram. “Nothing but #Pride in #MYCALVINS”

The lifewear brand’s annual t-shirt design contest brought in a record-breaking 18,000+ entries for its Pokémon series.

“Pikachu always comes to mind when we think about Pokémon,” shared the judges. “However, with Pokémon as the theme of the global t-shirt design competition, both UNIQLO and The Pokémon Company were so delighted and surprised to receive all [sorts] of Pokémon memories turned into such amazing graphic t-shirts.” Three of the 22 winning designs were by Filipinos Dana Asahan, Louis Nichole Santos and Hannah Lee.

The collection is available at Uniqlo stores worldwide with the men’s and women’s UTs retailing for ?790 and Kids UTs for ?390. 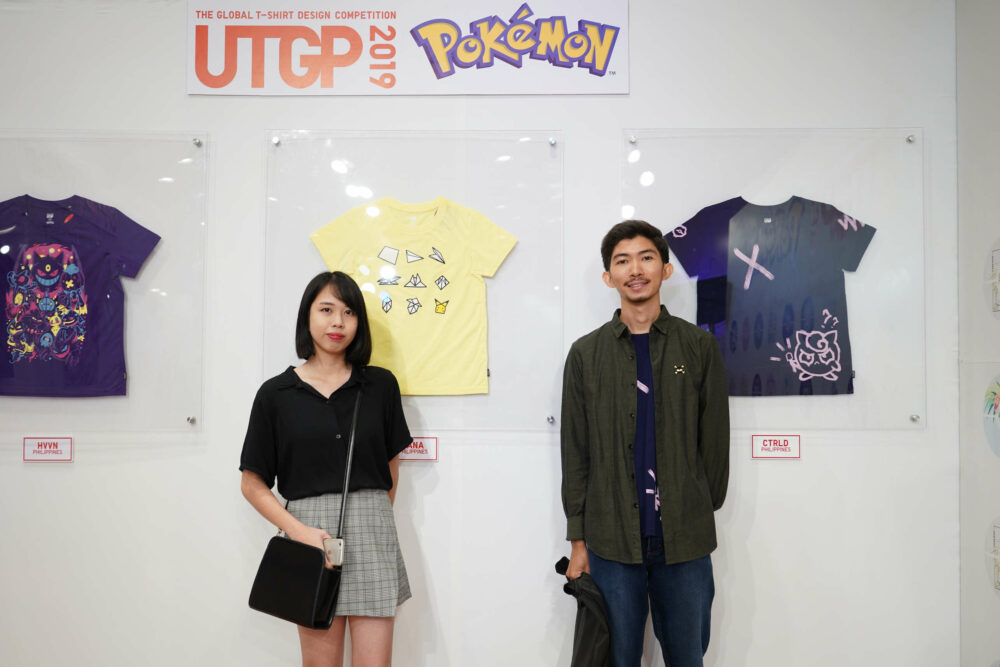 Two out of the three finalists Dana Asahan and Louis Nichole Santos with their t-shirt designs at the UT GRAND PRIX 2019 Philippine launch. Photo Uniqlo Philippines

The jewelry brand brings to life yet another beloved classic.

However you feel about the remake, Pandora’s most recent collaboration with Disney for The Lion King is quite charming. From Simba and Nala to Mufasa to Timon and Pumbaa, you can find your favorite characters in this new collection and in Pandora Shine or sterling silver styles. The line, however, not only celebrates our love for its characters, but also takes inspiration from the film’s origins and the special moments within that encourage us to be a little braver and stronger, and that remind us of the value of friendship.

Wear the pieces—rings, earrings, bracelets and necklaces—alone, as a set or stacked. See the full collection here.

Guess Summer 2019 Proves That the New Denim Era Has Come

Or better yet, it’s never left

The brand’s new collection is a massive ‘60s revival featuring a retro array of washes, cuts and silhouettes. Here, GUESS puts a spin on the classic bellbottom (with exaggerated flares that graze asymmetrically down the leg), brings back distressed denim and finds a way to incorporate Bohemian fringe.

Click here to look for a GUESS store near you.

We’ve got our sights set on August next! Be sure to check back in for shopping news for the new month. In the meantime, how about giving us a follow on Twitter, Facebook and Instagram?