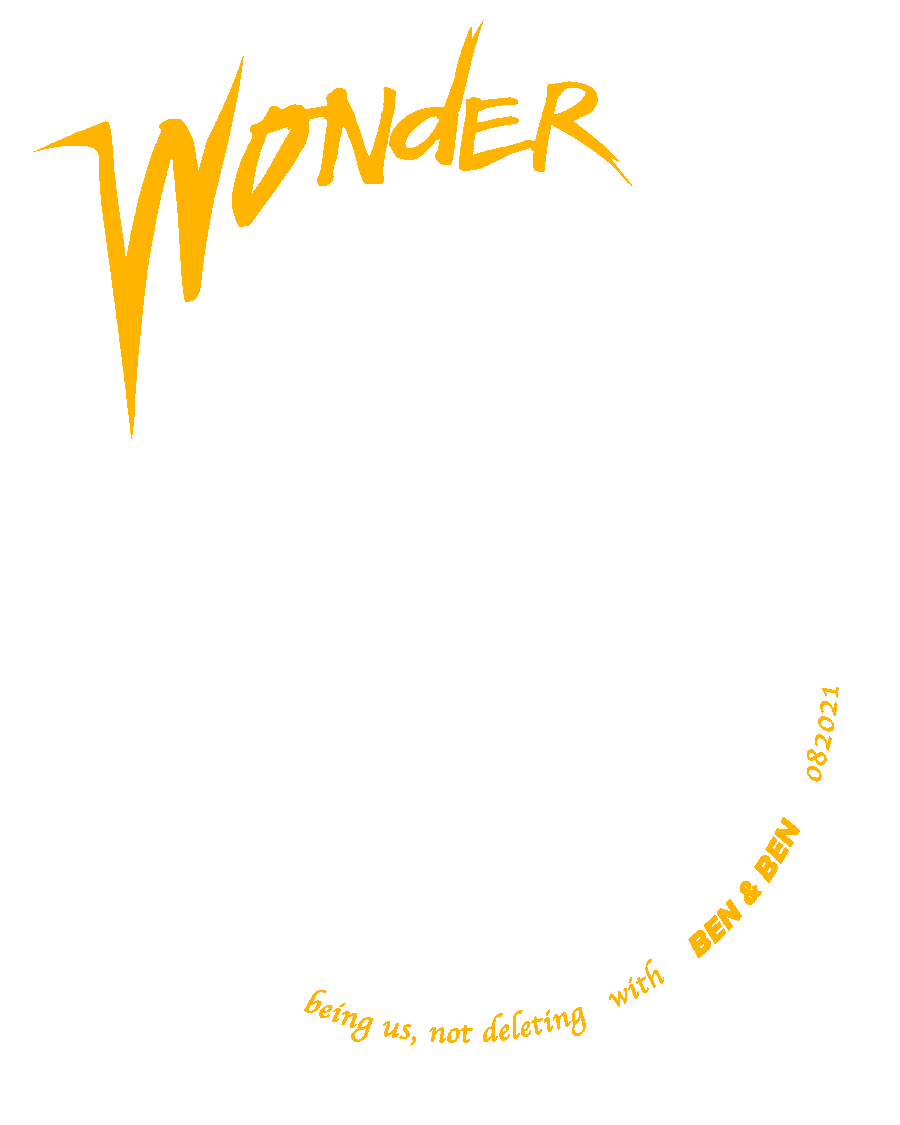 Being Us. Not Deleting. featuring Ben&Ben

The years have taught us that it’s difficult to strike a balance between who you really are and the expectation of who you need to be. You see it everywhere: students taking up a course in medicine to fulfill their parents’ wishes, parents sticking with their corporate jobs because it pays the bills, artists staying out of economics and discussions on race because that’s not what the public wants to hear from them.

On a personal level, we have all struggled with someone else’s expectation of who we should be and our own understanding of ourselves, with what we know we’re capable of and someone else’s limitations of us. And when you’re in the public eye—and part of a nine-piece band—that balance becomes even more unlikely. 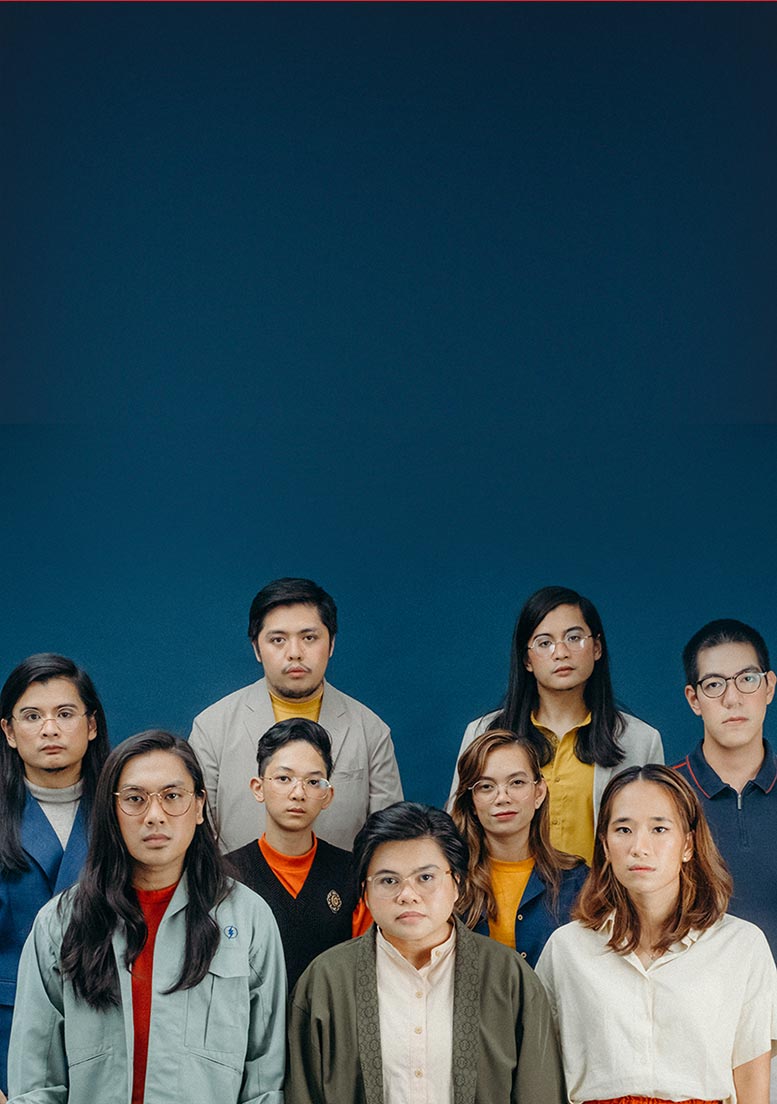 Despite it all, Ben&Ben has succeeded in being themselves, as a whole unit and as individuals. It happens too rarely that we see each member of a band shining in their own light, supplemented only by the collective attention. But if their rich discography, multiple headline endorsements and movie are any indication, their success is due to conscious efforts made by everyone. After all, it’s their unique composition that makes their music a different experience—a harmonious blend of eclectic instrumentals coupled with lyrics dripping with love, melancholy and yearning.

Kathang Isip, Ride Home and Maybe The Night are, collectively, some of the songs that drove the ensemble to popularity. These songs topped charts, have continuously been played on the radio and have found spots in our playlists for the rainiest afternoons and sunniest mornings. We ask if they think the same, and Miguel agrees. “I think doon namin nakita na (that’s when we saw) people like listening to our music,” he says. He then admits being surprised at the reception, a feeling mirrored by Paolo, Agnes, Pat, Poch, Andrew, Toni, Jam and Keifer. 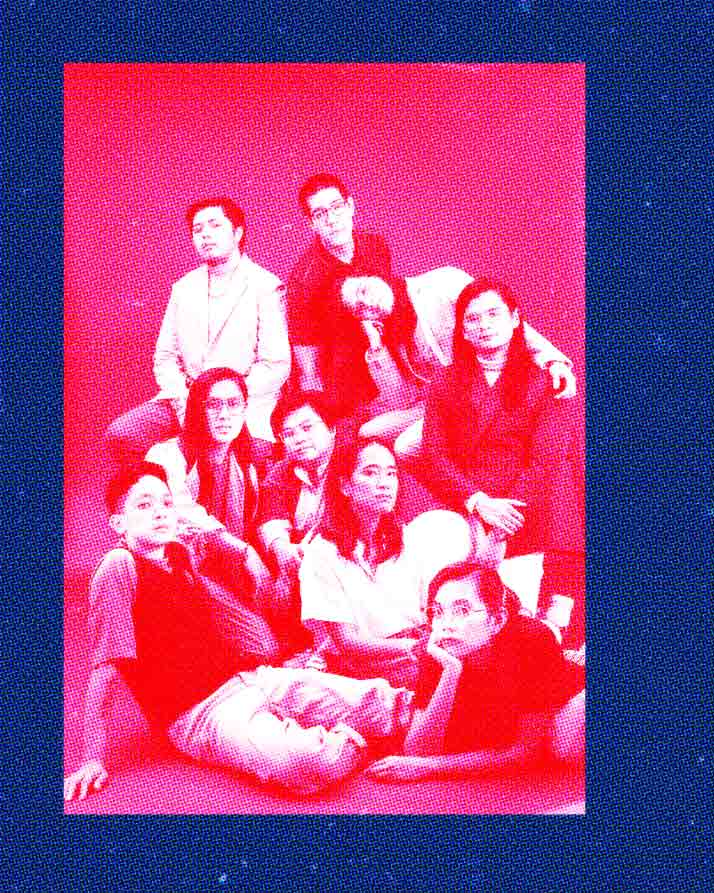 But along with the huge acclaim is the artist’s struggle. That is, to live up to the music dubbed masterpieces by the public. Some artists have been afraid to reinvent themselves and explore new things, fearing that their momentum might fall flat. Yet, there’s no conscious comparison to their old music when Ben&Ben pen new songs. “For this season, hindi kami masiyado [nag-compare] (we didn’t really compare). We really intentionally wanted to do something new. So, ayun, so iniba talaga namin (we really changed it),” shares Pat.

This philosophy of theirs pours over to how they look at their craft. If there’s anything we gathered from Ben&Ben during our conversation, it’s that they wholeheartedly trust their creative processes, their experiences and the principles they hold. So what is it about their music that makes them so relatable, with lyrics that pull at our heartstrings and instrumentals that make us feel like the main protagonist in an indie film?

The truth they let us in on is that there is no magic formula. Instead, this magic lies in the group’s authenticity and values, which translate to their music, their art. “I think that’s something that’s beautiful in our relationship internally as nine sa band and our relationship with our fans is really whole,” explains Poch  further. “We really try to foster and share similar values of hope, love, faith, praise, peace, forgiveness and all of this.”

Ben&Ben’s message and intention lie in their current state of mind, and it emanates through their songs. Their lineup helps them, too, as nine different people come together with their own experiences and thoughts, which collectively reflect what many of us are thinking.

Ben&Ben created Pebble House, Volume 1: Kuwaderno in their house, as seen in the different vlogs on their YouTube channel. Being able to work with the people you choose is, admittedly, the dream. When asked about their preference in creating the album in a bubble, Andrew describes it as “a great, great privilege that we do not take for granted.”

The band made the most out of this opportunity, making choices and decisions from the comforts of their rooms. According to Miguel, the creative process inside their bubble could be broken down as such: “Songwriting is actually 90% living out your life, in all of your senses, and 10% [is] interpreting it to music and lyrics. And I guess living together is 90% of the process and the 10% ay nung nilabas namin siya (is what we released) as music.” 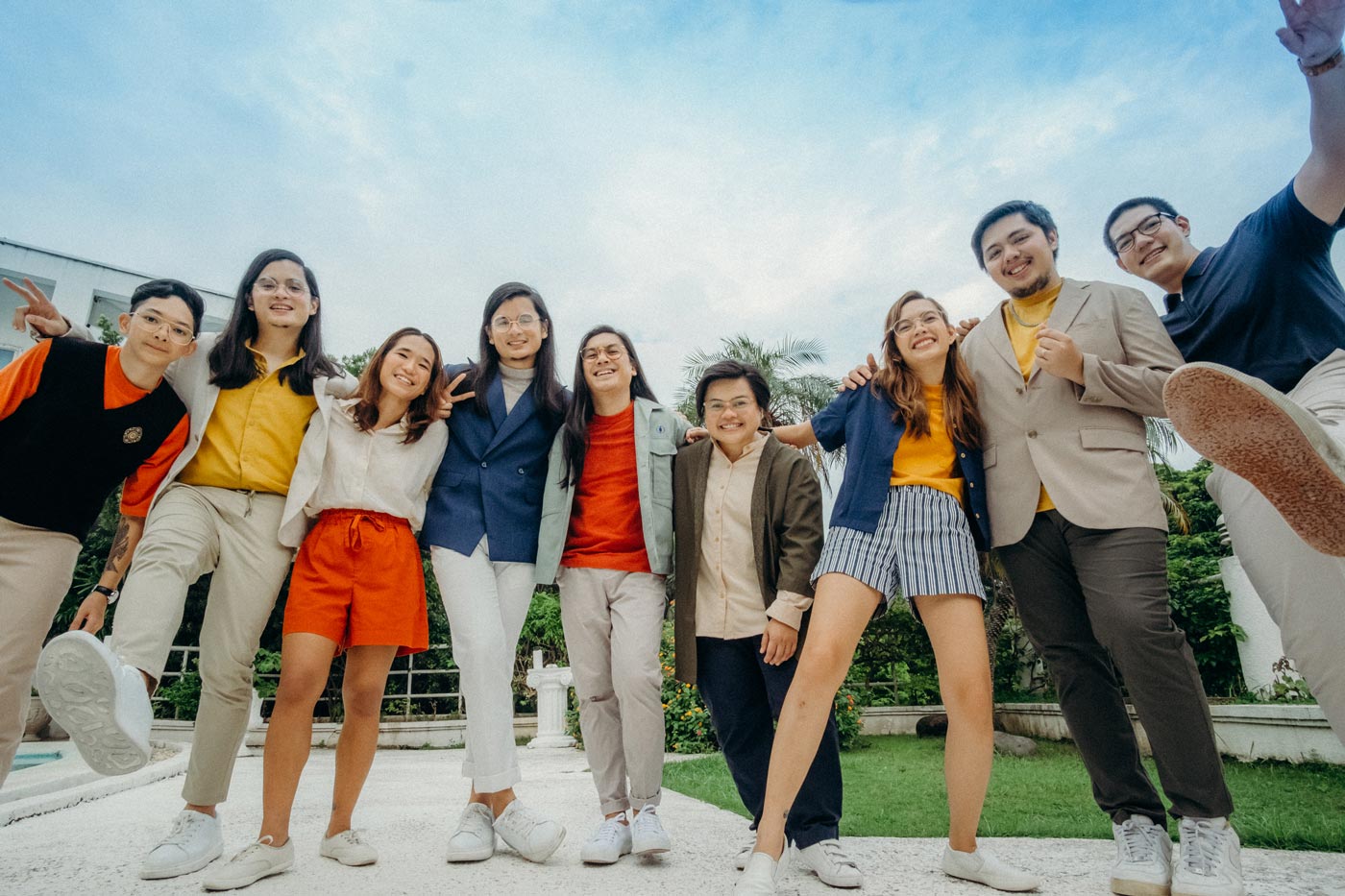 It’s at this point that we ask each member of Ben&Ben to give us a one-liner description of the new album. Proudly (and sometimes half-jokingly), they answer:

Pat: A place of growth.

If Limasawa Street was an ode to light, then Pebble House, Volume 1: Kuwaderno could be a mirror of the home they’ve created, fostered and grew up in together. 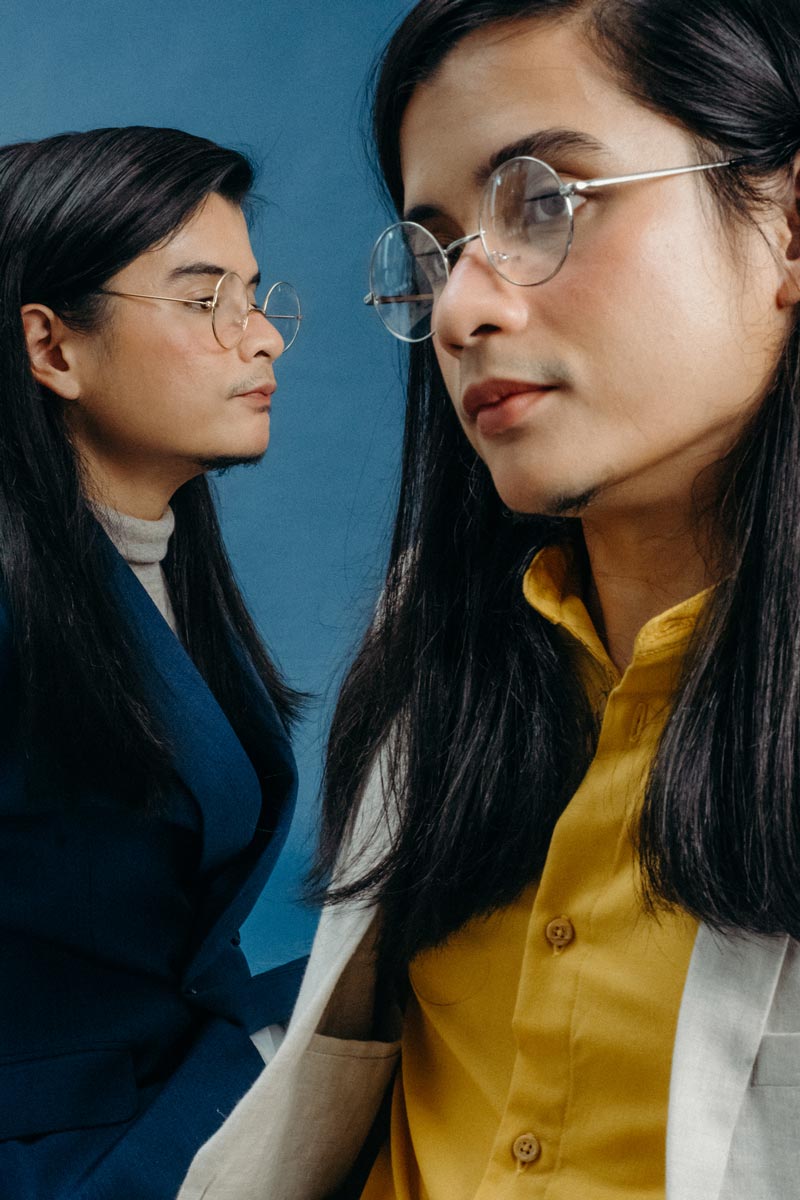 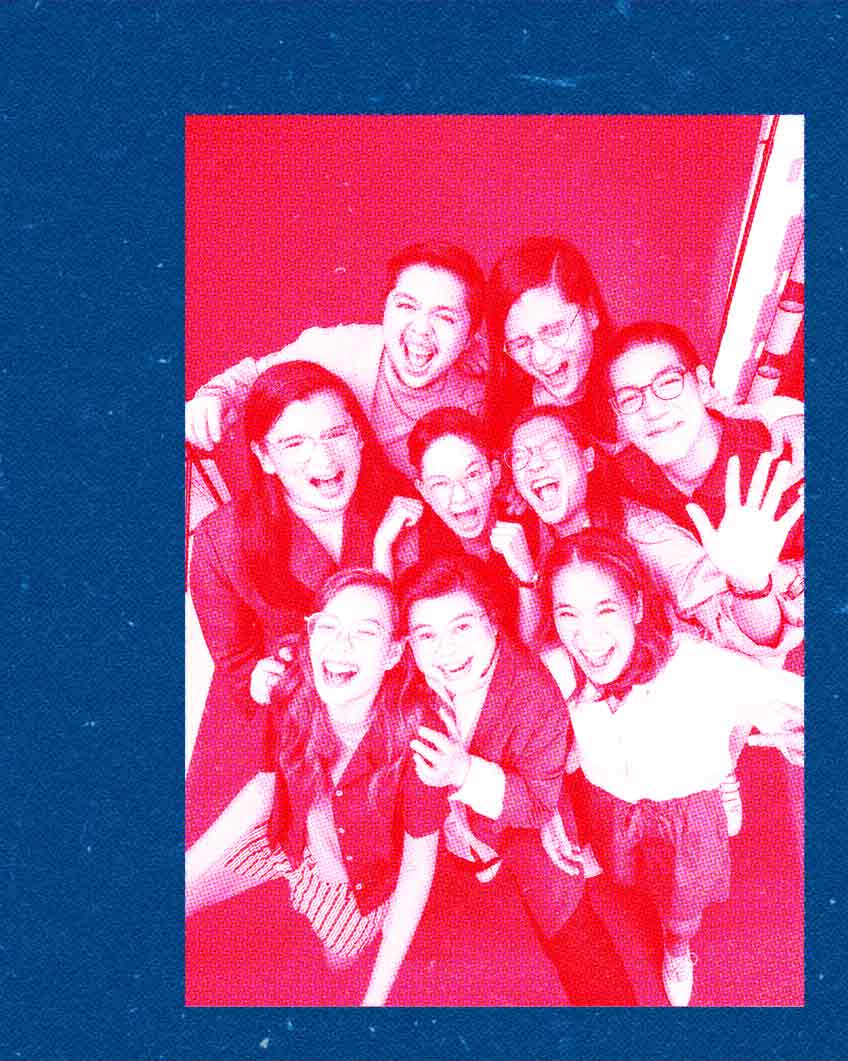 If the career trajectory of Ben&Ben has proven anything, it’s that only more success will come with their new music—and we expect nothing less with their newest album. In turn, Miguel, Paolo, Agnes, Pat, Poch, Andrew, Toni, Jam and Keifer are well aware of the responsibilities that their success comes hand in hand with. It’s a challenge that Andrew describes as a “blessing.”

“If there are going to be public figures that younger people would look up to, and if those people happen to be us, [then] we might as well be good people,” continues Andrew. “Or parang, be ourselves and just show who we really are without much filter. Kasi what most people see of us, we’d like to think that medyo, yun na rin kami (that’s really us). I don’t think any of us go to sleep at night thinking, ‘I wish I could be more of myself to other people.’”

All this said, everyone in the room then admits it’s still sometimes difficult to be themselves, that there is still a disconnect between their public personas and their private selves. It becomes clear that, despite already pouring themselves into their music, there is still so much to comb through. So we ask what kind of conversations they have with themselves to get a clearer picture, and their answers couldn’t be more varied.

Pat says she doesn’t have a lot of conversations with herself, that she prefers to have an actual person (often Agnes) to bounce off her thoughts with. Jam admits her own tend to be noisy, with each side of herself taking part in the conversation. Agnes shares that hers mostly appear abstract. On the opposite side, Poch declares his is boring, mostly circling around what he has to do that day. Toni describes her conversations like a parent getting frustrated at their child, “Palagi siyang to confront or to let myself know what I observed of myself.”

As if we needed another reason to stream Pebble House, Volume. 1: Kuwaderno. 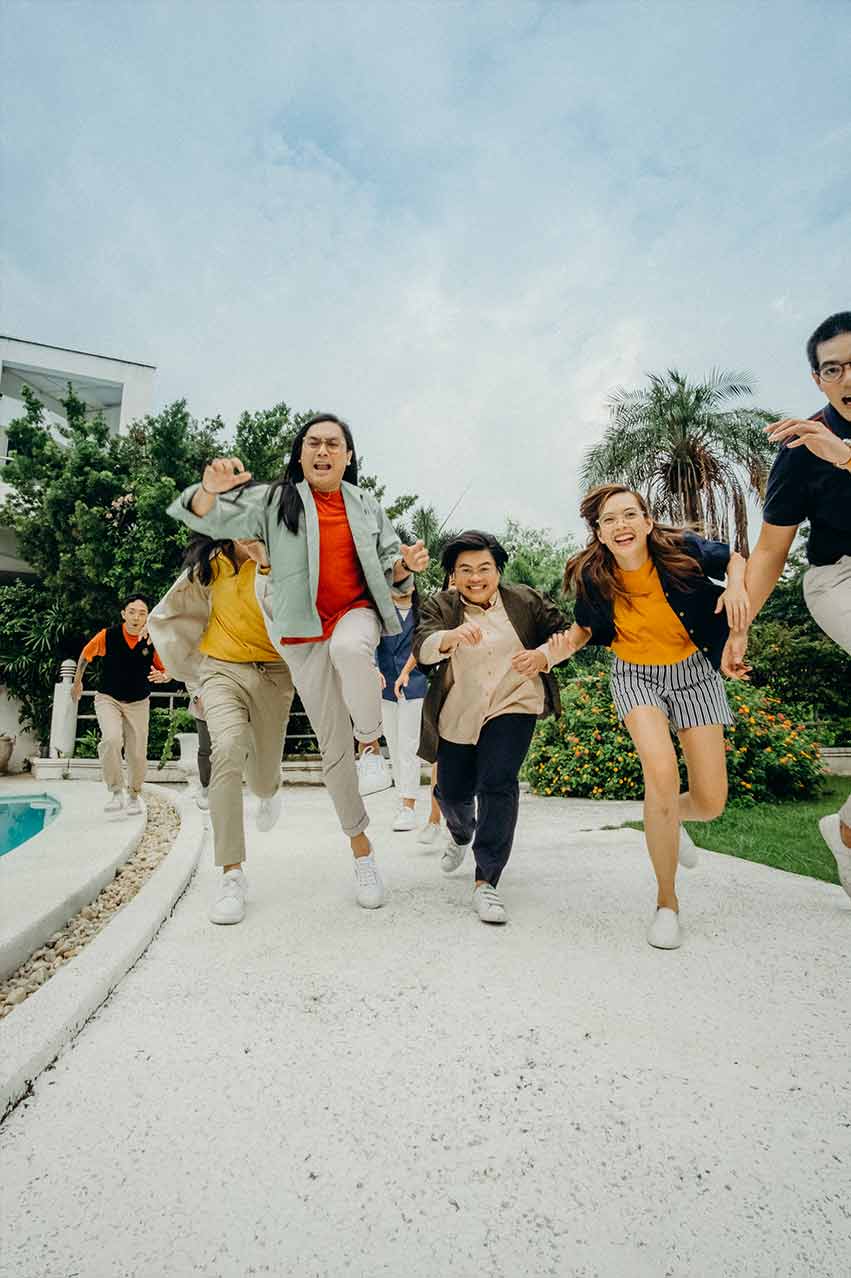 As Andrew so eloquently puts it, “we are multi-faceted. Parang banyo, may mga faucets (Like bathrooms, there are faucets).” And it’s for this very reason that we often struggle to strike that balance between our genuine selves.

“We all struggle in balancing our identity between our work and who we are. It’s hard,” admits Keifer. “In the real world, there are expectations of the members of Ben&Ben, but we also have expectations of our own.” Yet amidst the challenge, there is one thing that stays certain amongst all members of the group. “It’s a shared struggle,” explains Miguel . “And when it’s a shared struggle, you always go through things together.” 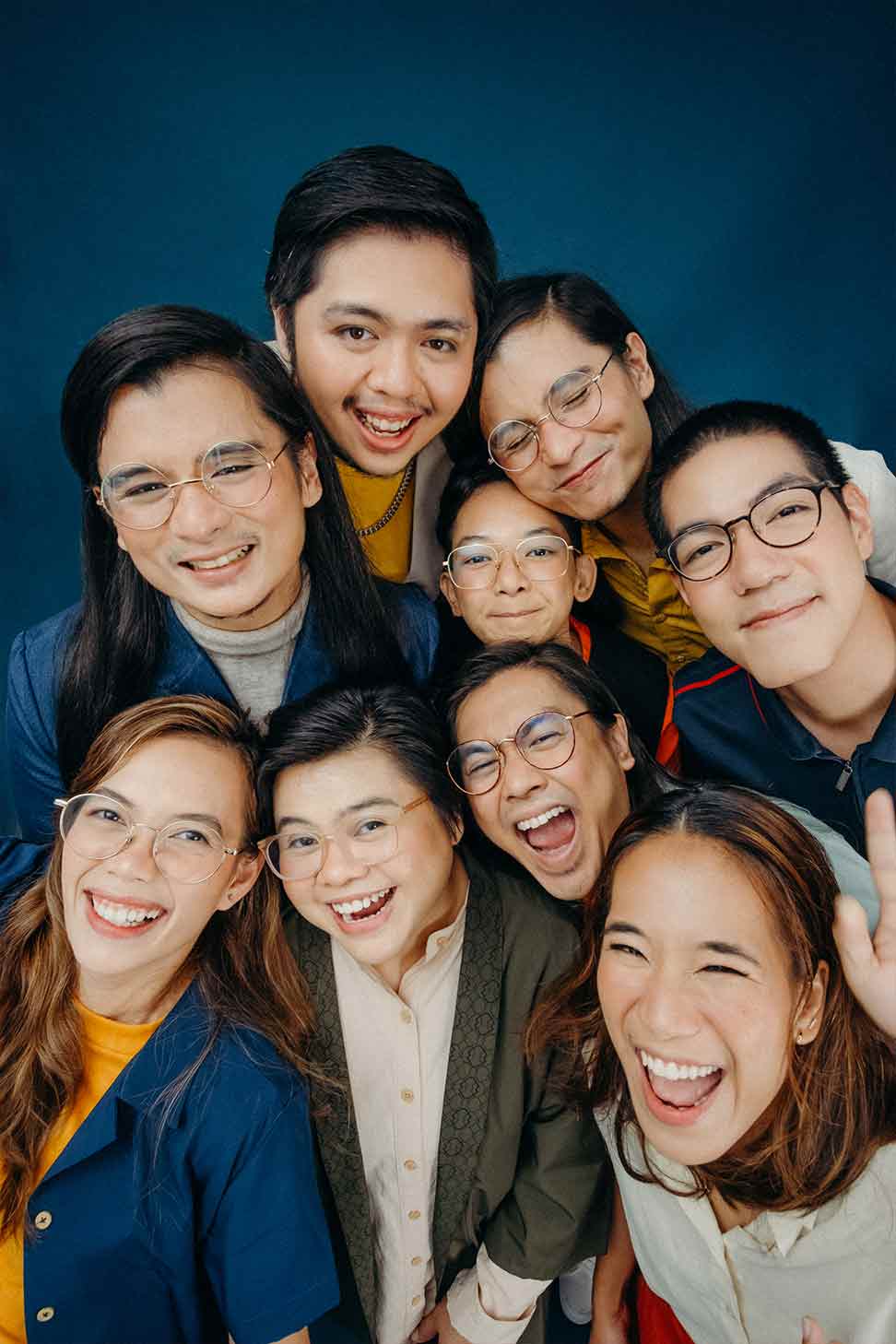 And therein is our collective truth: The balancing act we all try to play and put up as our front is difficult and challenging, but it’s one that becomes a little lighter on the shoulders when we surround ourselves with the right people, and the right music. It might seem unlikely, but it sure as hell isn’t impossible.

The Kids These Days

For When You’re Languishing

Here Are New Local Podcasts To Listen to

Rally for Visayan and Youth Vote

Welcome to ‘Get Real With Me:’

Special Thanks to Sony Music Philippines