Meet the man behind one of Manila’s favorite poultry joints

Daniel Mabanta and I met in our early to mid-ish twenties; we were colleagues by day, drinking buddies by night. Our friendship was bound mostly by alcohol, North Park post-drinks and sarcasm. I never thought the day would come that I would write about this guy who now seems more adult and serious than I am. Daniel and his family have been in the food business for a long time. Theirs is the name behind two of Manila’s beloved restaurants in the early 90s: Mexicali and Cafe Med.

Wonder: Do you have any “growing up with the business type of stories” to tell?

Daniel: I grew up hanging around those branches waiting for my parents to finish work. But I can’t say I was ever really pressured to work there (or anywhere for that matter) as a kid or teenager; I was pretty spoiled in that sense.

But maybe it was hanging around the family business that prompted his keen interest in food.

D: What I do remember vividly as a child were my experiences with food. I remember on our first family holiday in the States when I was 8, the sheer gustatory delight I got from eating my first carnitas burrito in San Francisco and the cheeseburger at Sunset Grill in LA. These memories and the specific tastes even have stayed with me.

However in his early 20s, Daniel had set his sights on becoming a “journalist of sorts.” And having worked with the guy, I won’t lie; he’s a pretty good writer. But he makes a good point: “As much as I respect those who write, as far as a career path goes, it isn’t the most lucrative profession in the Philippines. And if I wanted to pay the bills and be independent of family, I had to make a decision.” So…

W: Did you ever think you would tread the same path as your family and become an entrepreneur?

D: I didn’t have a great entrepreneurial drive in my early 20s…I was too busy getting irresponsibly drunk. My life didn’t have much meaning. Fortunately, my mindset changed in my mid 20s, that I had to get my shit together. Food, for some reason, seemed like the obvious career path at the time.

W: When did that lightbulb moment happen for you (referring to Señor Pollo)?

D: I realized this because I needed to make money, I cannot recall a specific event or incident when it happened but I feel my survival instincts sort of played a part. We (his dad) are both poultry enthusiasts and we have connections to Latin America, so the combination made sense.

And thus, Señor Pollo was born. If you haven’t been, I recommend the roast chicken with cilantro rice, extra chimichurri, garlic sauce and chili (trust me, you’ll ask for seconds), and chicharrones or pork meat and rind fried to perfection.

W: What do you exactly do for the business?

D: I oversee things at this point, as well as focus on how we can develop ourselves as a brand/business and expansion. We plan on branching out more in 2018 for Señor so expect a couple of new branches within the year.

As of this writing, Daniel is in Europe working on a food concept in London.

D: [It] will open in the next couple of weeks. It’s a Filipino restaurant called Kubo, which will be in a popular pop up mall called Boxpark. So when I do these trips for work abroad, I make it a point to dedicate a few days to visiting somewhere different (like Paris).

W: You’ve been to Paris though, why go back?

D: There are many reasons I would return to a place, from the food to the architecture to the weather and people. But I won’t lie, it’s 80 percent about the food. For me food and travel are synonymous, eating what the locals eat, just makes it so much richer and more intimate. I like cities that are not just beautiful and vibrant but also have an element of grit. Paris ticks those boxes.

W: Speaking of food and travel, any recommendations?

D: Typically I would choose a local hole in the wall over a fancy restaurant any day. I appreciate some new concepts and checking out new restaurants, too, but generally I prefer to go where the locals do. This goes for anywhere in the world. I will actively seek out local, authentic places. It is not only a window into another culture, but in these type of establishments, you can taste history and soul in each bite.

Daniel also points out that while going off the beaten path might just be the best way to get to know a place better, there’s no shame in doing the touristy things, too. In his words: “Have an itinerary but get lost along the way. Have a drink, meet strangers.”

W: These days though it feels like people travel more for the ‘gram than the experience itself, do you agree?

D: I don’t think posting a few travel photos on the gram is inherently wrong. That’s what for the ‘gram is for. But like anything, it’s all about moderation and tact. I like photos of everyday life or your plate of street food, not the one of your glass of champagne in the business class lounge.

And while Daniel has traveled quite a lot for business and for pleasure, he still keeps coming back to the Manila food scene which he describes as “pretty complete.”

D: I think the Pinoy food scene, especially in the fast casual segment, is quite impressive. As much as I love Europe, it’s hard to get a good Chinese or Asian meal there. The Manila restaurant scene is pretty complete, diverse concepts, franchises from abroad, Little Tokyo, etc., which I appreciate.

Now who can argue with that? Nothing hits the spot quite like Pinoy food or Filipinized versions of international favorites. 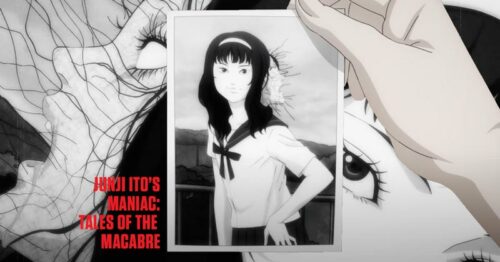 The Top 10 Stories From “Junji Ito Maniac: Japanese Tales of the Macabre” 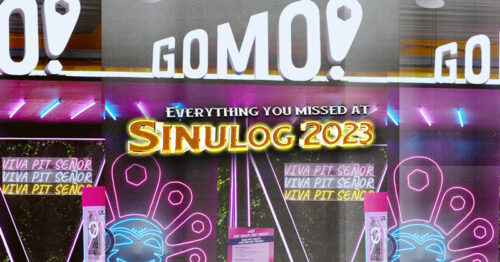 Everything You Missed At Sinulog 2023