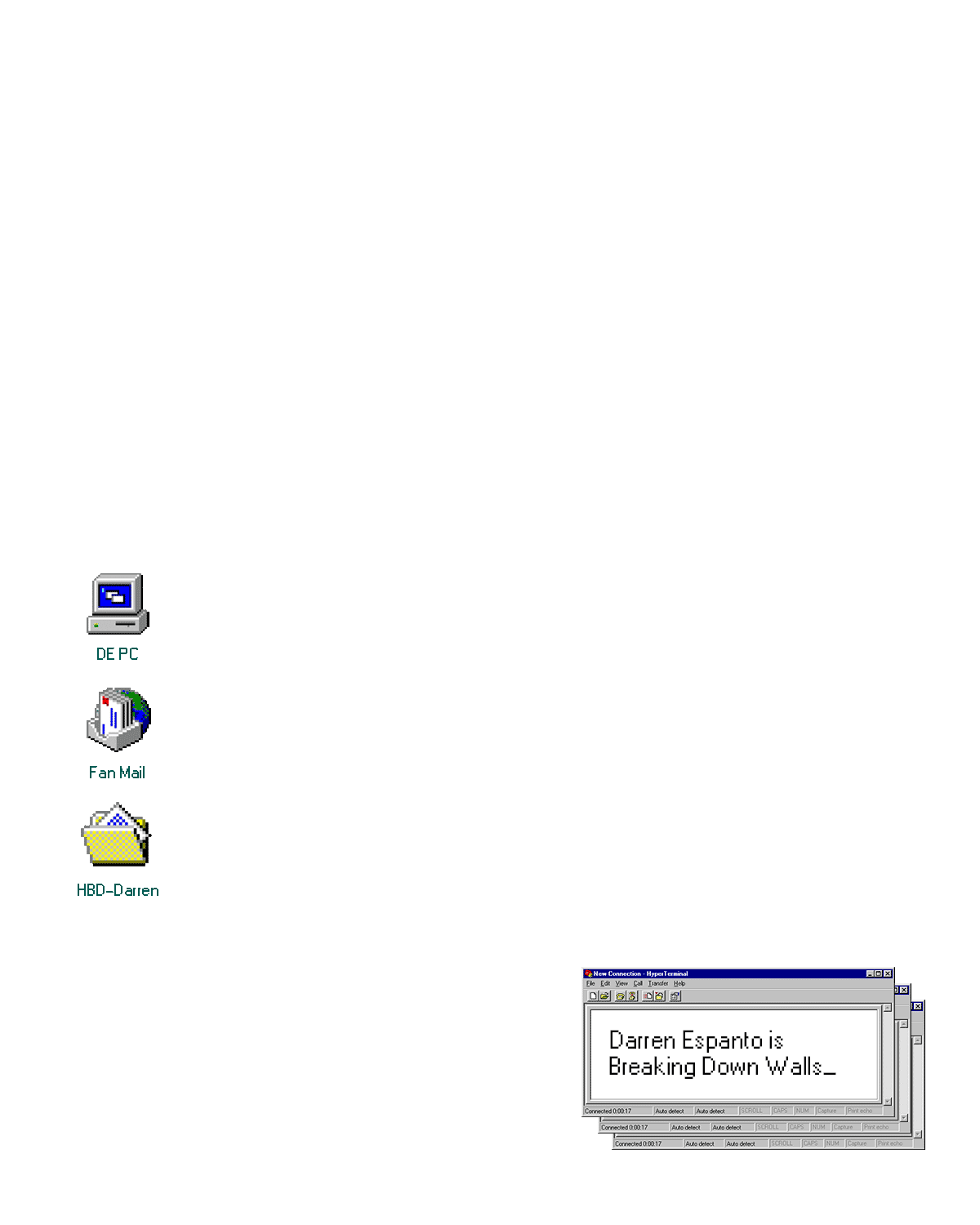 The day before our cover shoot, Darren Espanto, the Filipino Canadian wunderkind, performed at a thanksgiving event. On the makeup chair, he watches clips from his emotional performance the night before, teary-eyed and hopeful—all for what he hopes would be a better, brighter Philippines.

As he turns 21, Darren returns to himself, reflecting on his past to make sense of his present, and to prepare for the future. From the 12-year-old hopeful from The Voice Kids Philippines who auditioned for the chance of a lifetime and inevitably stealing hearts everywhere, to the young man whose collaborators now include global brands like Disney. 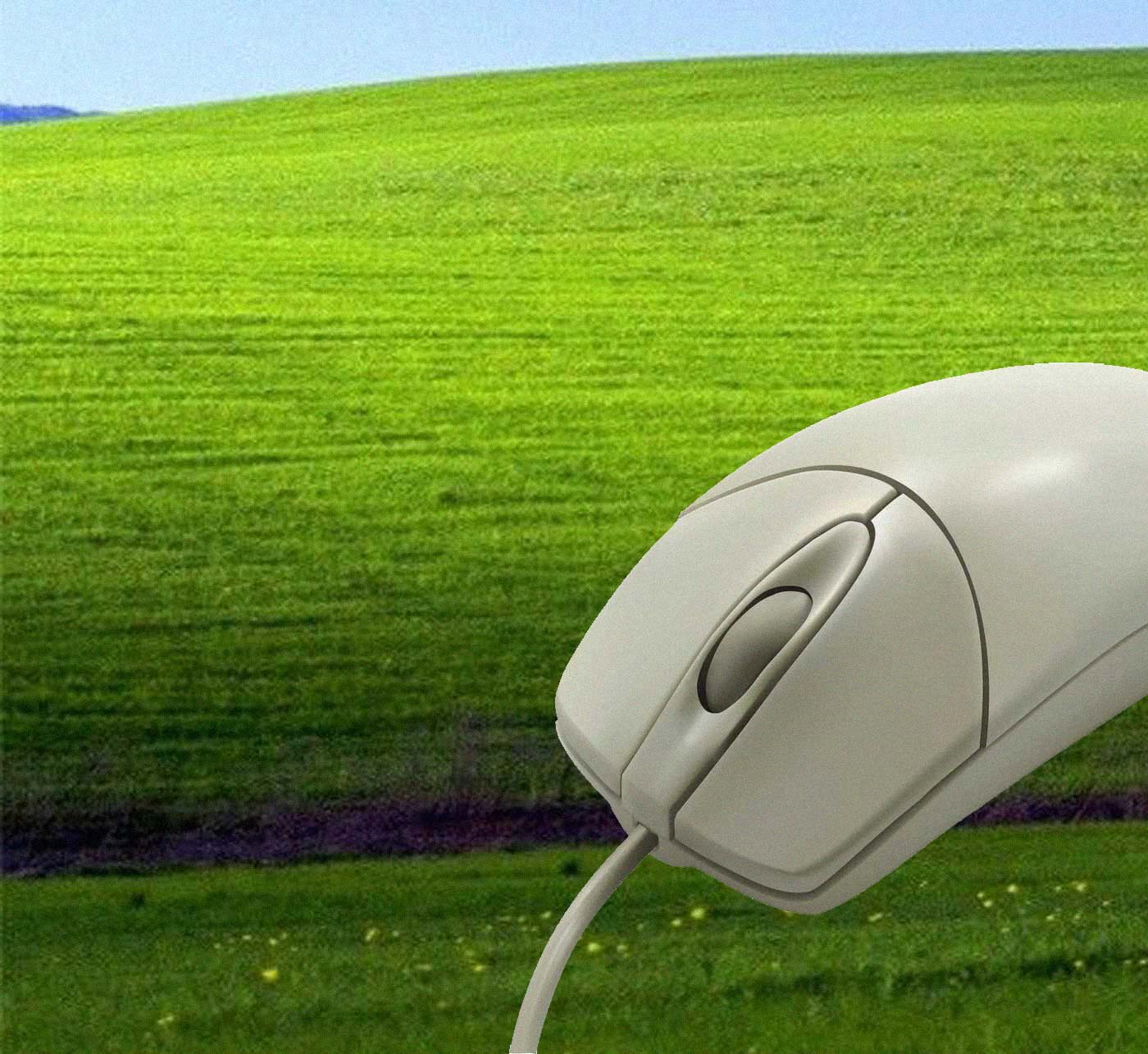 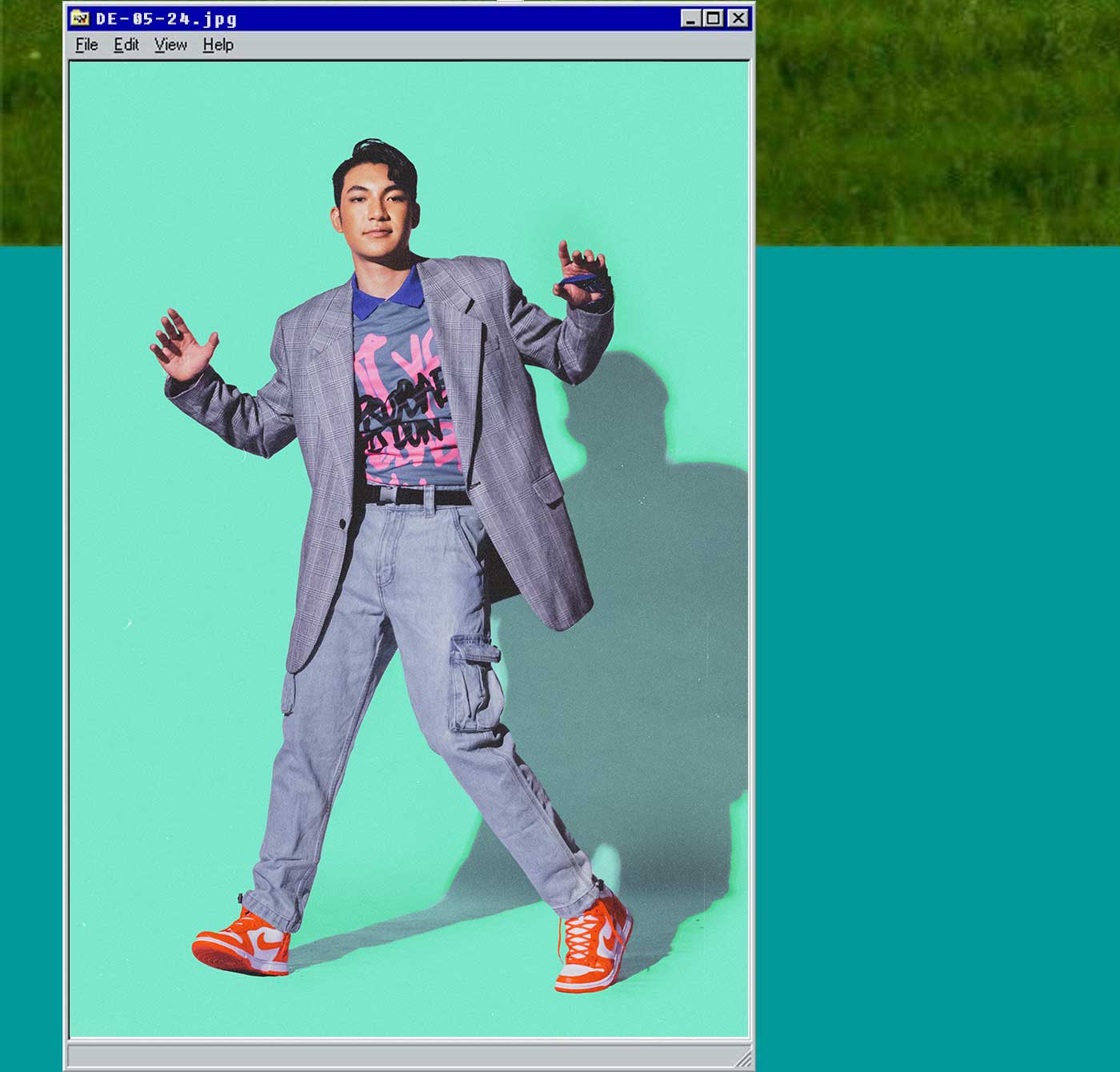 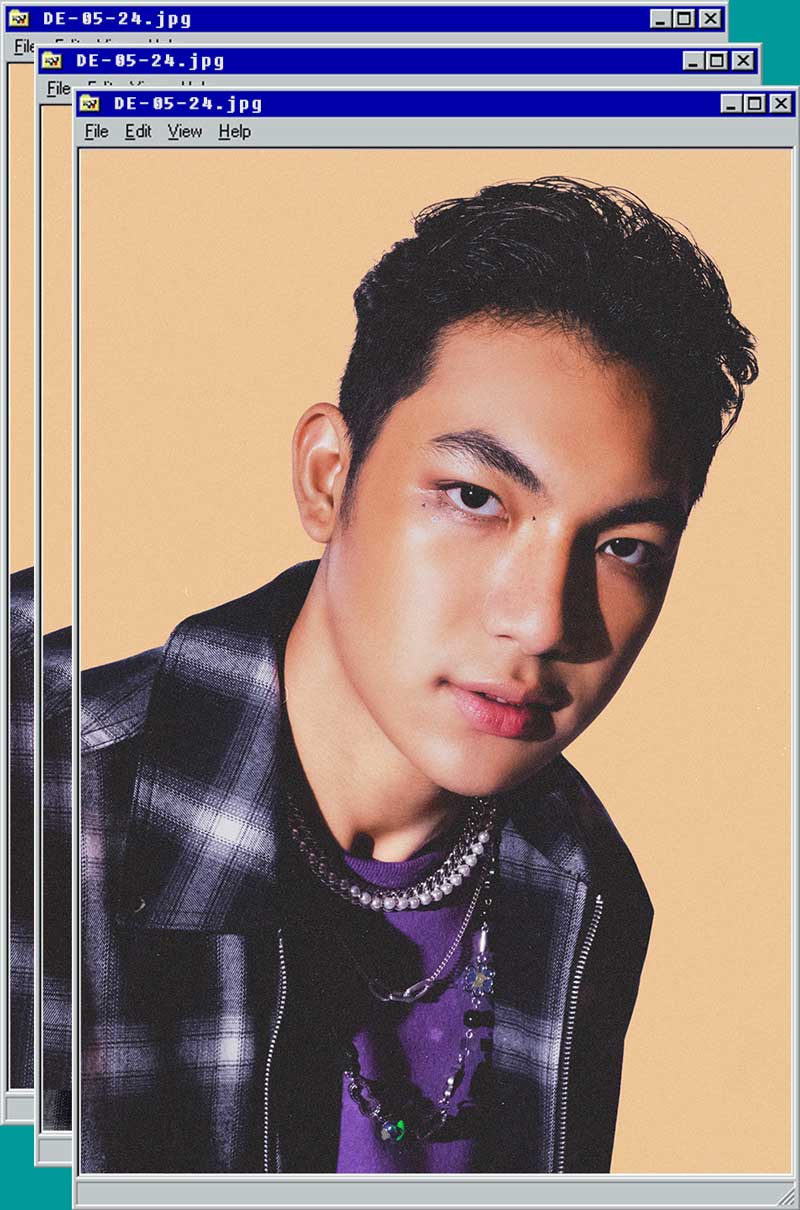 Having started so early in the game, Darren said yes to everything, especially during the first few years of his career. He reveals, “I didn’t really know what I wanted to do with my craft and my artistry ‘cause I was so young. I didn’t really have a vision for Darren at the time.”

At this season of his life, he’s learned to reclaim personal agency. He’s also been more hands on with his different projects. Darren shares, “Recently, I’ve matured a lot—in a lot of aspects—in terms of my personality, the way I approach different situations in life, the way I carry myself, the way I communicate as well. There’s a lot of growth, I would say.”

This newfound confidence and conviction have trickled down into other parts of his life, and is manifested to inspire action. He notes, “Recently, mas lumalaban ako (I’m fighting for) for what I think is right, and voicing out my opinions on social media. Even in my personal life, I’m not afraid to voice out my opinions to my team, to my management and to my parents as well—but with respect, of course.”

The kids are alright, it seems, and this process of awakening has inspired so many Filipinos. Darren imparts, “I’m so happy and proud to say that we aren’t afraid to voice out our opinions anymore. Pinaglalaban talaga namin kung ano ‘yung tingin namin ay tama (We’re really fighting for what we believe is right).” 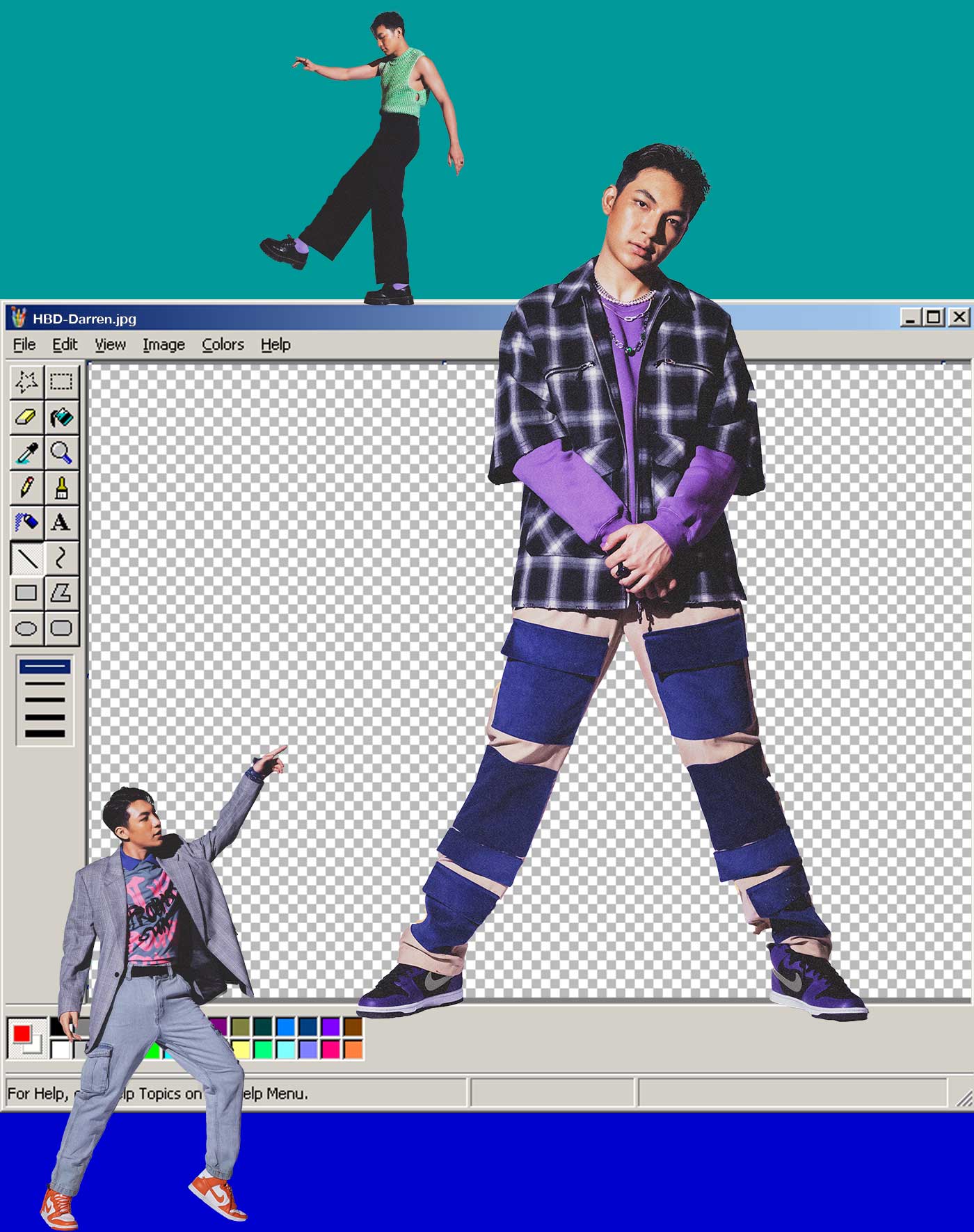 Though he’s been in the entertainment industry for almost a decade, there are days when everything still feels surreal for Darren. On his inspiration to keep moving, especially when the going gets tough, he reverts to his old self who couldn’t possibly have surmised all of this. He reveals, “The biggest inspiration to me would be the younger Darren who wanted all of this; and now [these opportunities are] being given to me, so I have to learn to take care of it. Not everyone is fortunate enough to have this kind of platform and all these projects and events, so you really have to learn how to nurture it, prolong it—because longevity is also a big part of the game.”

Darren adds, “May mga days talaga (there are days), when I’m sitting in my bedroom, just looking at this ceiling and [think] wow, this is really my house. This is something that has come into fruition because of the work I’ve been doing for the past few years.” 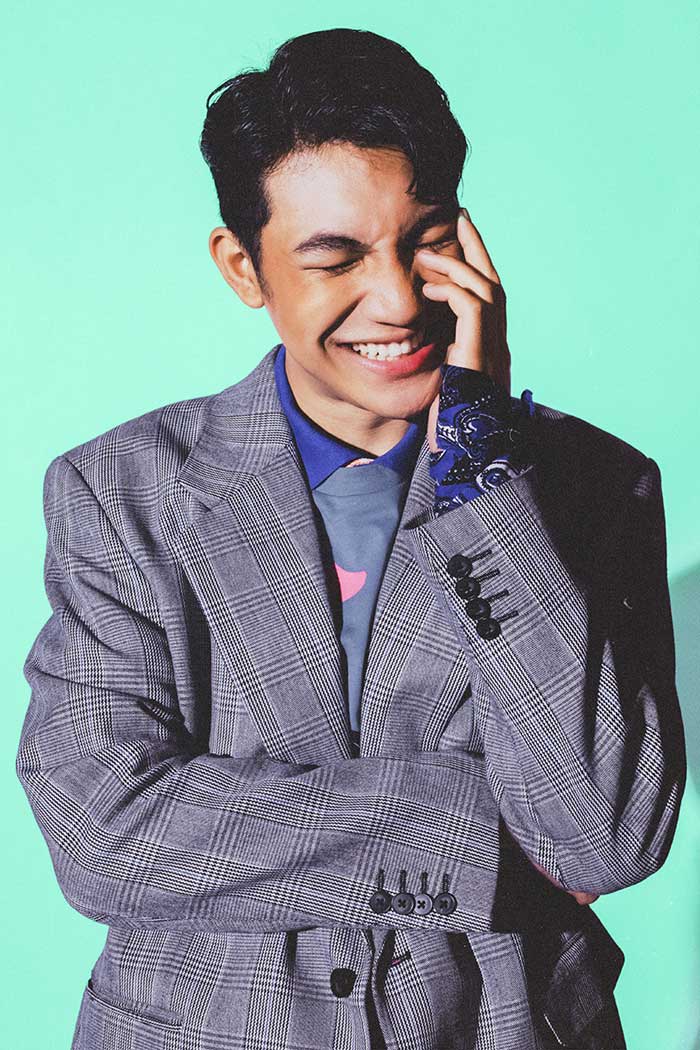 After releasing his latest single, Pabalik Sa’yo, a nostalgic ode to early 2000s R&B, Darren is collaborating with a renowned international act and releasing the single in June. He’s also set to return to television with the musical series Lyric and Beat, to air this year, joining other young talents like AC Bonifacio and Andrea Brillantes.

In the next five years, he envisions himself finally getting his college degree after focusing on his career during his formative years. He reveals, “[College has] long been overdue. I’d want to do something in business siguro (maybe). I feel like I’d leverage that in the future because of the nature of my work.” Sky’s the limit, and Darren is manifesting more international work, too, even reaching Hollywood. 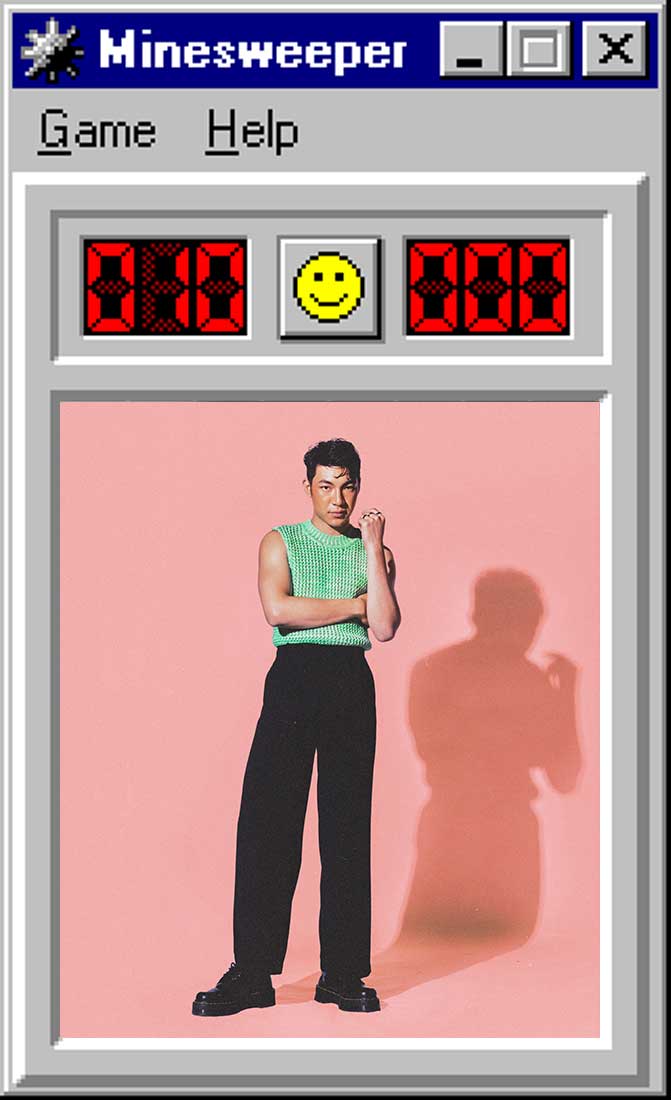 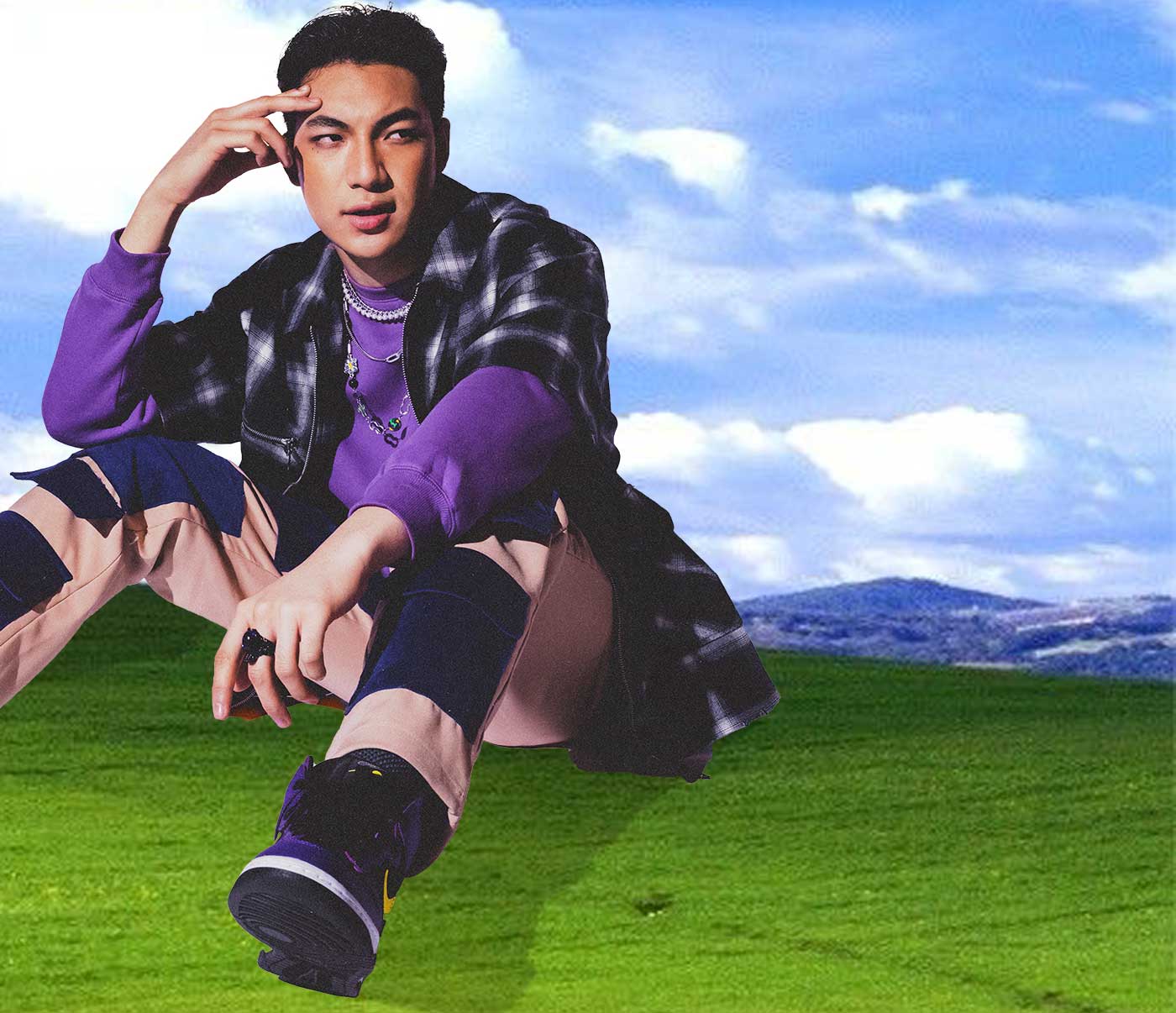 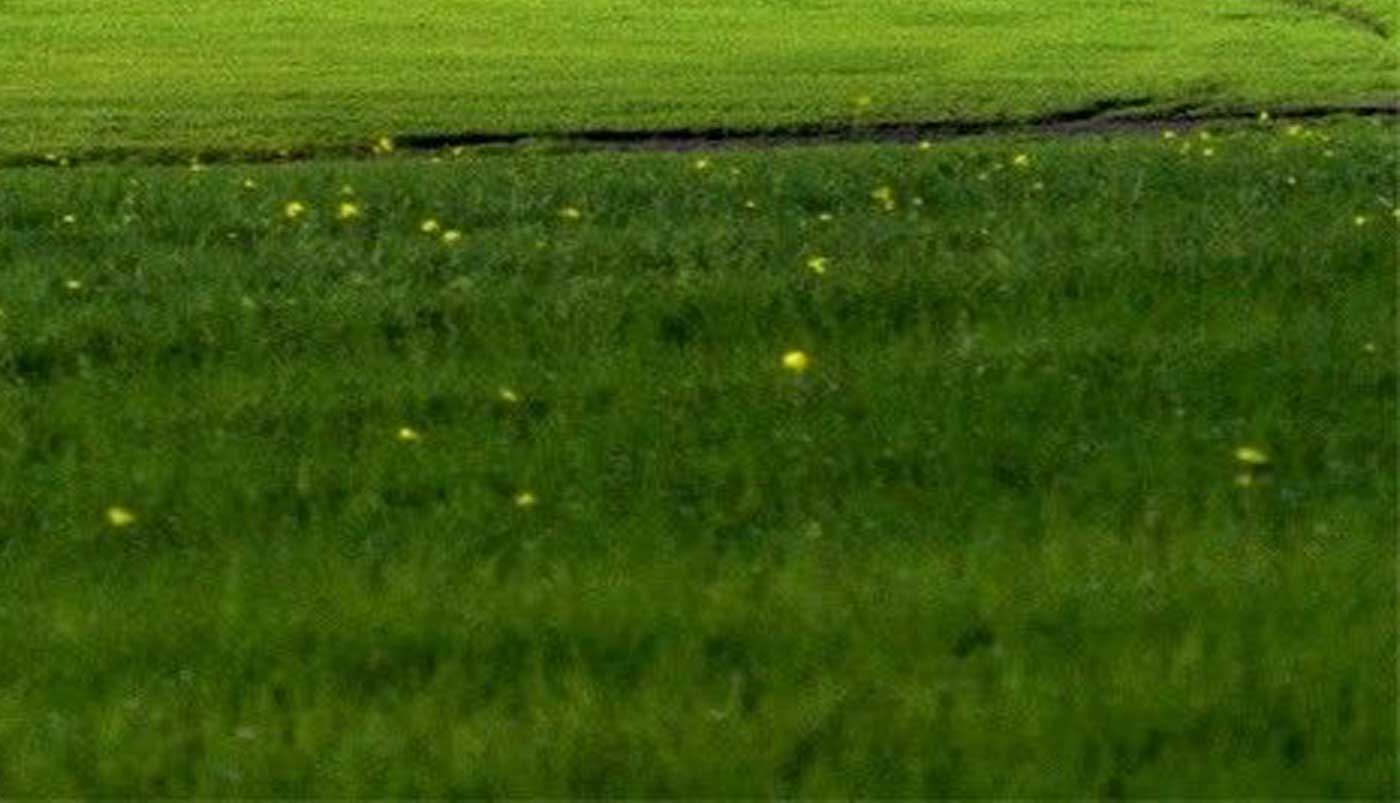 His loving fans—ranging all ages, from Gen Zs to lolos and lolas—go the extra mile and treat each other as family. He notes, “I’d say that ‘yung Darrenatics, unique ‘yung pagsasama [namin]…they stand out for me because para kaming pamilya (I’d say that the Darrenatics, our relationship is unique..they stand out for me because we’re like family).” He adds, “Recently, I realized they have also matured along with me.” 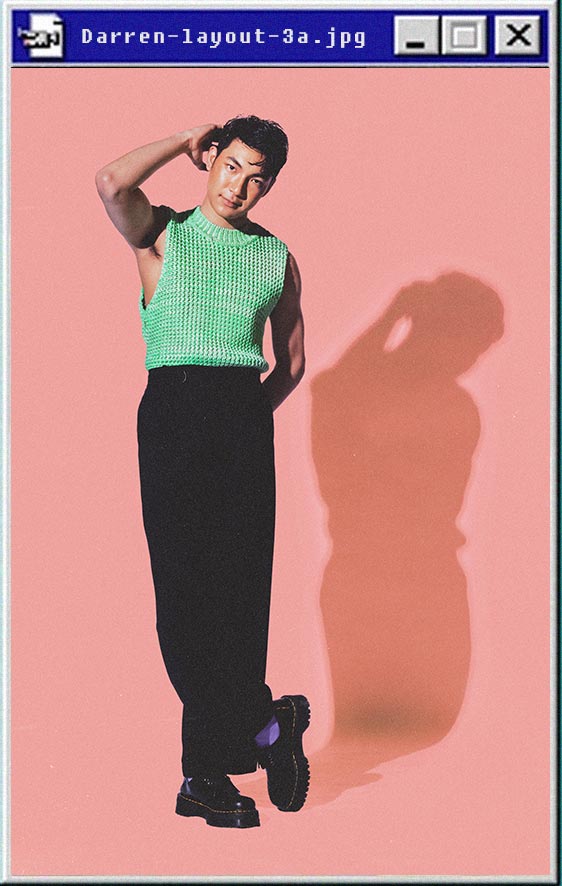 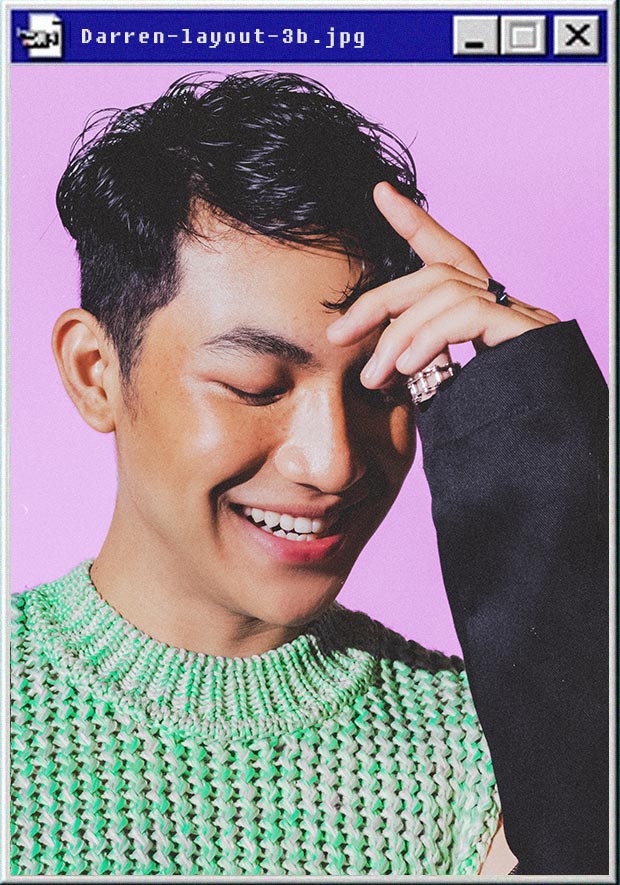 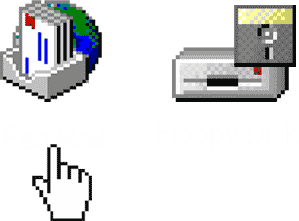 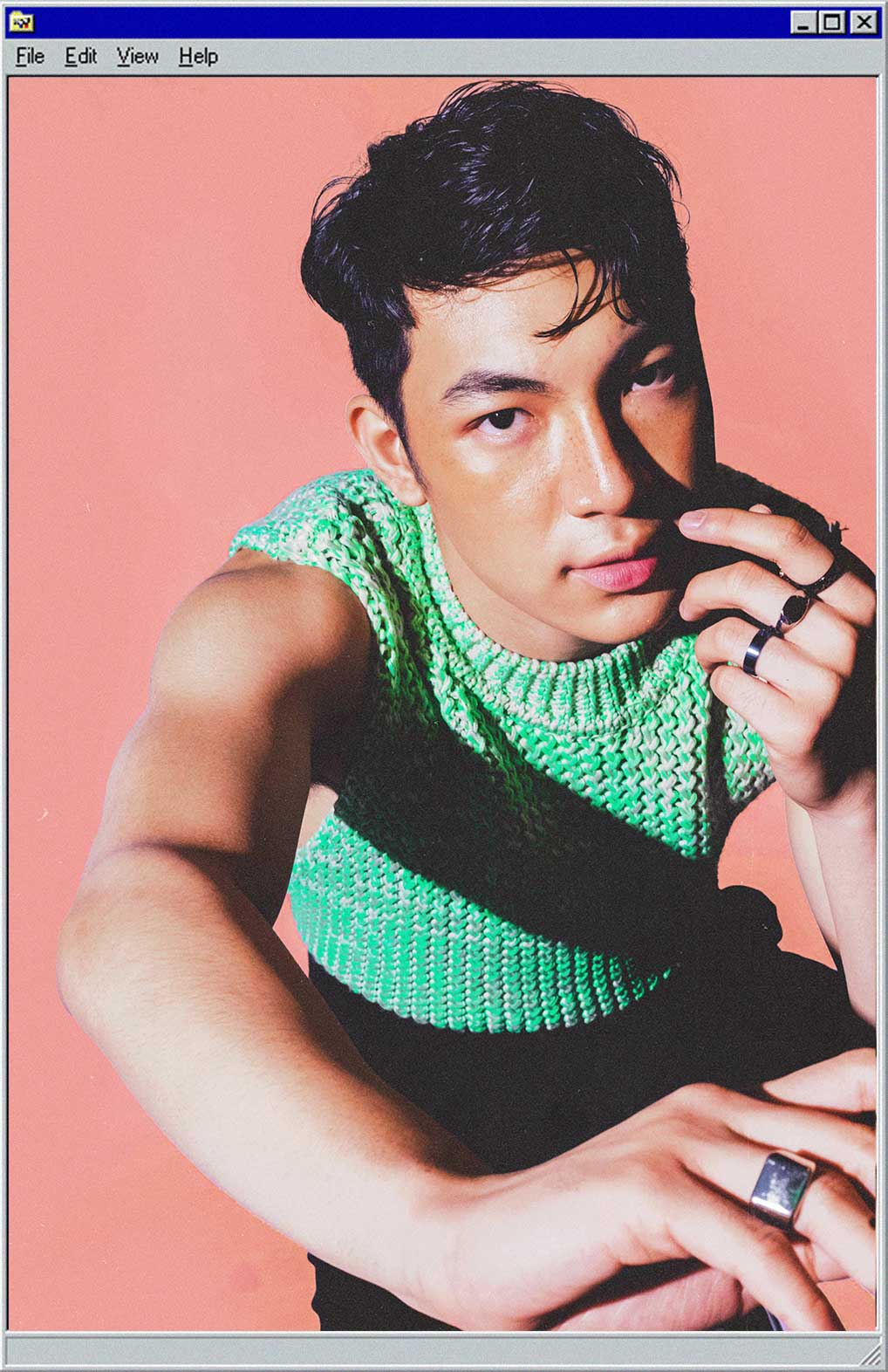 Through the years, Darren’s fans have displayed unbelievable acts fueled by love and admiration for the star. Recently, he’s had striking encounters with other Darrenatics who don’t see eye to eye, but give him the respect he’s due—and vice versa. They even go the extra mile just to watch him perform live.

For Darren, there is importance in listening to and the participation of the youth. He notes in contentment, “Hindi ako nangangamba for the future (I don’t fear for the future).”

At the end of the day, we are human, and our vast differences tie us together, weaving a rich cacophony of voices. The important thing is that we understand how our differences can create harmony, and not a divide. For Darren, especially as he welcomes his 21st year, this season will be one of growth.

Cocktails, Coffee & Conversations: Int Bar Is Everything You Need It To Be

How to Deal with Election Anxiety—Yes, It’s A Thing