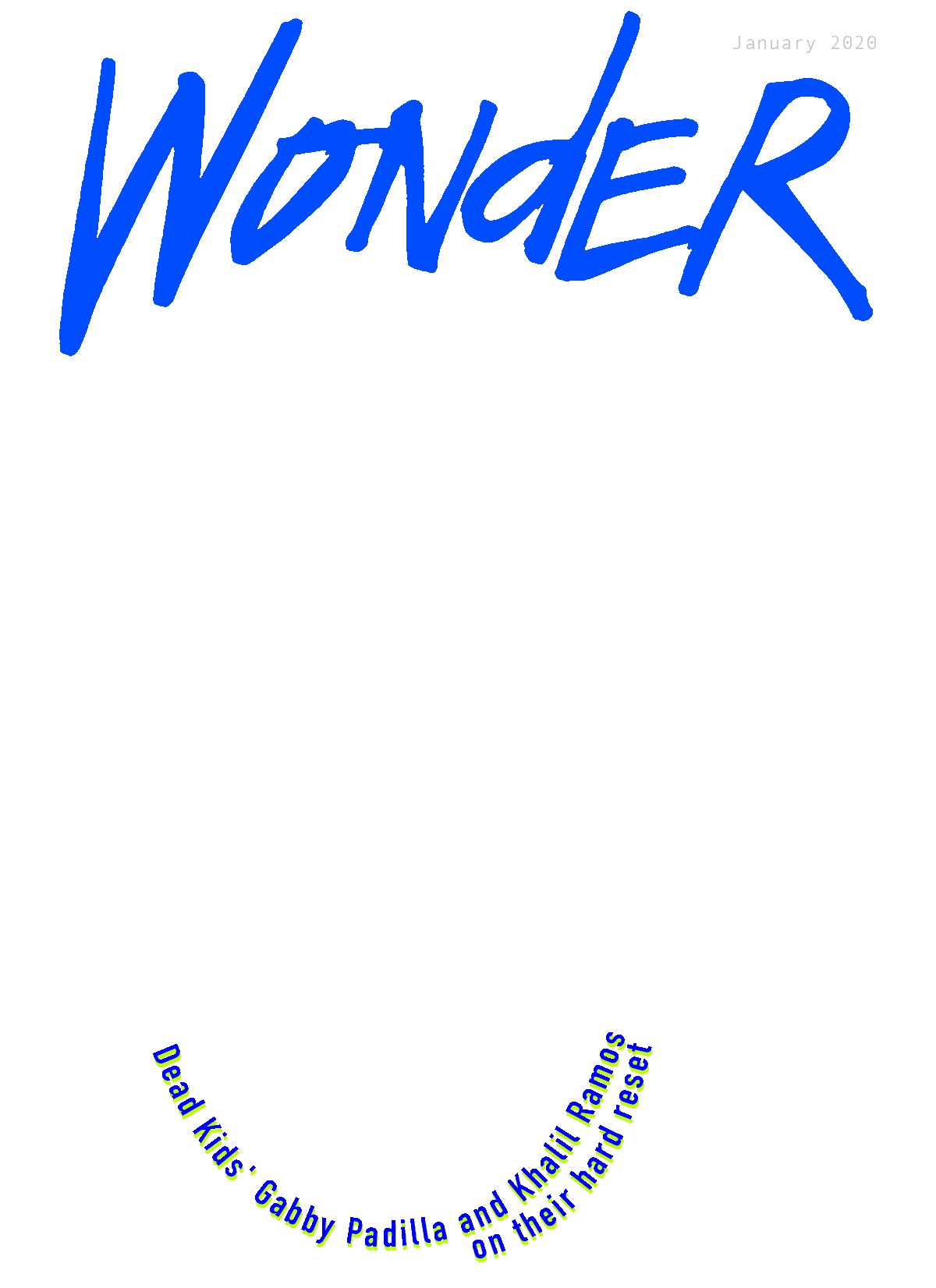 Gabby Padilla and Khalil Ramos have big plans for 2020

When the clock struck 12 and signaled January 1, 2020, we all jumped and hollered at the start of a new decade. Many of us had a life-in-review, some of us promised the next 10 years will be better than the last. For us at Wonder—and the stars that grace our cover this month—ringing in the new year (and this photoshoot) meant that we had come full circle.

For the Wonder team, it marked 12 months of continuous digital covers. For Gabby Padilla and Khalil Ramos, it marked a year since they began their Dead Kids journey. And to add to the poetry of it all, we shot in the very same studio where the two first met and auditioned for Direk Mikhail Red.

And it was with this neat little realization—a coincidence, we promise!—that we got to the meat of our conversation. The two young stars talk about their New Year’s resolutions, the state of Philippine cinema (and the society that watches it) and a Hard Reset we’re itching to get in on. 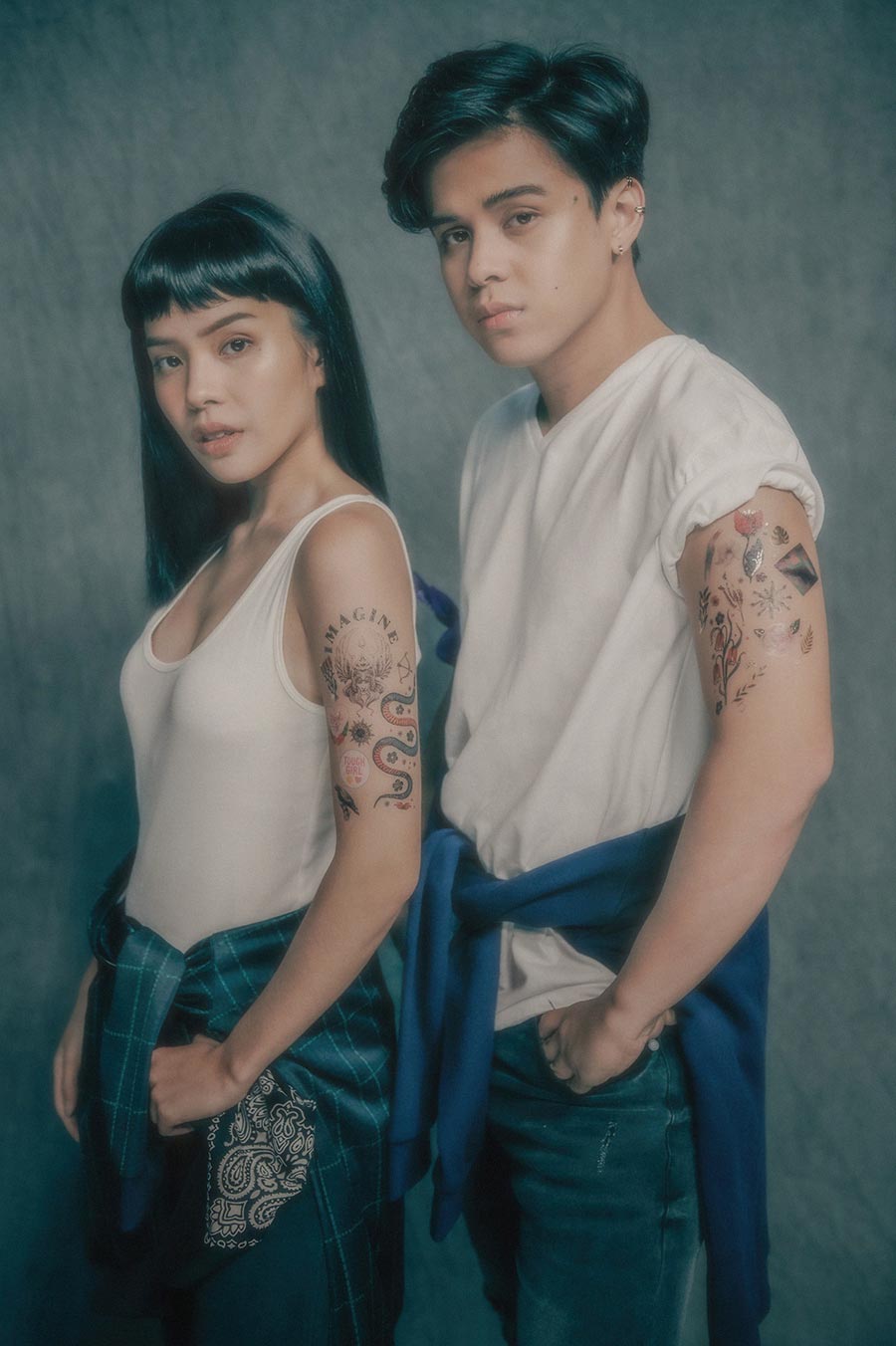 It was clear from the get-go that Gabby and Khalil share a friendship that can’t be defined by a term as simple as “co-stars.” On set, it was evident that the two knew how to work the camera together. Behind the flashes, however, is where things began to unfold.

With very little urging, they bounced ideas and pushed each other to dig a little bit deeper. They put each other in the hot seat without making things uncomfortable. Really, it’s no question that we’re starting off the year strong with these two.

“If we don’t start making actual changes, whatever’s going on now is what will destroy us.”

Khalil kicked things off by sharing that January (which is also his birth month) is always a test for him. “[I ask myself,] ‘What am I doing with my life? Am I on the right path?’ It’s always a mix of positive and negative,” he says. “I [have] a year-in-review.” Despite this and funnily enough, he admits shortly after that he already had to adjust one of his 2020 resolutions. “Giving up carbonated drinks and alcohol” had to become “no carbonated drinks and no beer.”

Turning the corner to a street that resembles a little more seriousness, Khalil shares that his plans are actually fairly simple; he’s signed himself up for classes that will help him in his career. “I wanted to rewire my brain because I want to start learning again,” he says before noting he’s studying the fundamentals of writing screenplays. Of course, he has himself scheduled for some other non-work-related things, too: cooking, learning to ride a motorbike and gaining a little more knowledge on the art of brewing coffee.

On the other hand, Gabby promised herself that she would journal everyday—which she had fulfilled as far as our shoot date. The general goal for the year, she explains, is to get started on activities that would be of help to her. “I attach my purpose to my productivity,” she tells us, a little embarrassed that she feels strange whenever she isn’t working. “So when I set goals for myself this 2020, I wanted to do it in a way that I would be investing in myself as Gabby, the person, and not the actor.”

Up on the list? Learning Spanish and a little less screen time—she means gadget use, of course; don’t worry. 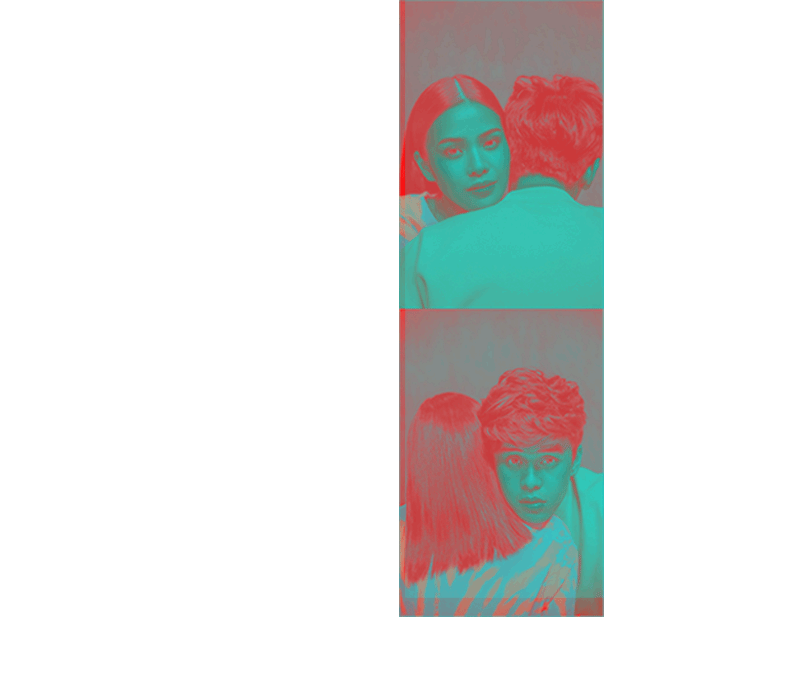 Keeping things nostalgic, the two actors reminisce about how Pangako Sa ‘Yo was a common stepping stone to local TV. Khalil explains that it was his mom’s favorite and his appreciation of the series grew because of their shared television set. Gabby, a self-dubbed “solid” supporter of the Jericho Rosales-Kristine Hermosa love team, was adamant in reminding us that the performances were pretty brilliant, too.

But where has Philippine entertainment gone from there? If Eula Valdez uttering, “Matitikman ninyo ang batas ng alipin!” is our starting point, how far have we gone?

What excites Gabby and Khalil most about the state of Philippine cinema is the sheer amount of content being produced and how colleagues are constantly being given the chance to create. There is a hunger for new talent, new points of view and new stories, which strongly demands to be satisfied. And with all the negative blows that social media throws at us, it at least gives an avenue for creators to be heard.

“It’s really just up to you to see what speaks to you.”

It’s at this point that one might ask, “Where is the abundant amount of quality content that they’re raving about?” After all, it’s no secret that the Filipino audience has been stuffed with the same money-making equation, which has resulted in the same static sub-par results. Year after year, it has become more difficult to believe we’re on the way up—but, as Khalil and Gabby argue, we’re just looking in the wrong places.

“We are the support that we get,” explains Gabby. “As long as there is that kind of [negative] thinking—which I feel is unfair because so many good films have come out and it’s really just up to you to get off your ass and find them and see what speaks to you—nothing will change.”

“The awareness hasn’t reached [the majority],” expounds Khalil. “We have such a golden library of films, from the 1980s to now. If you watch them, they’re still relevant. They’re still excellent.” 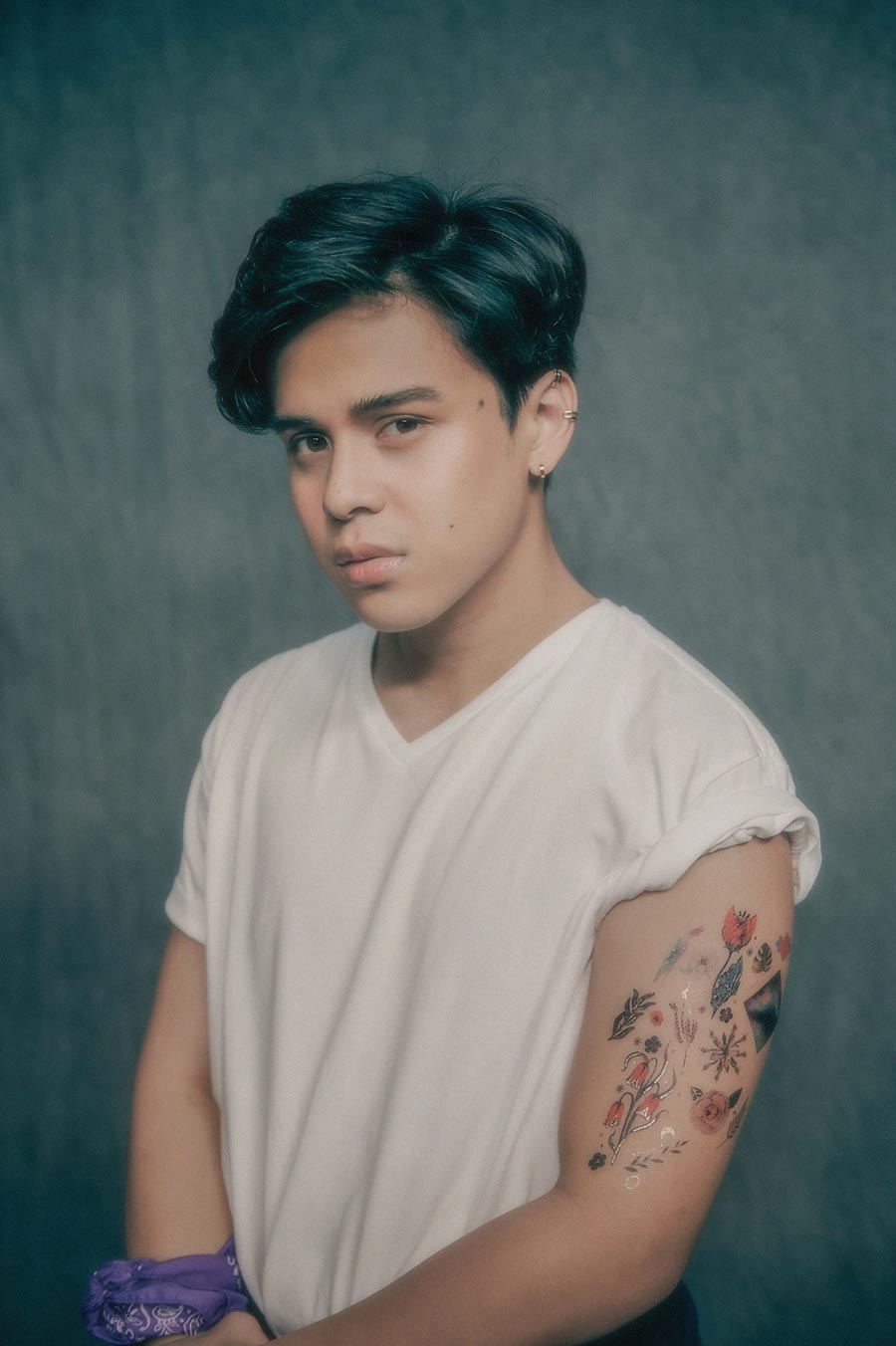 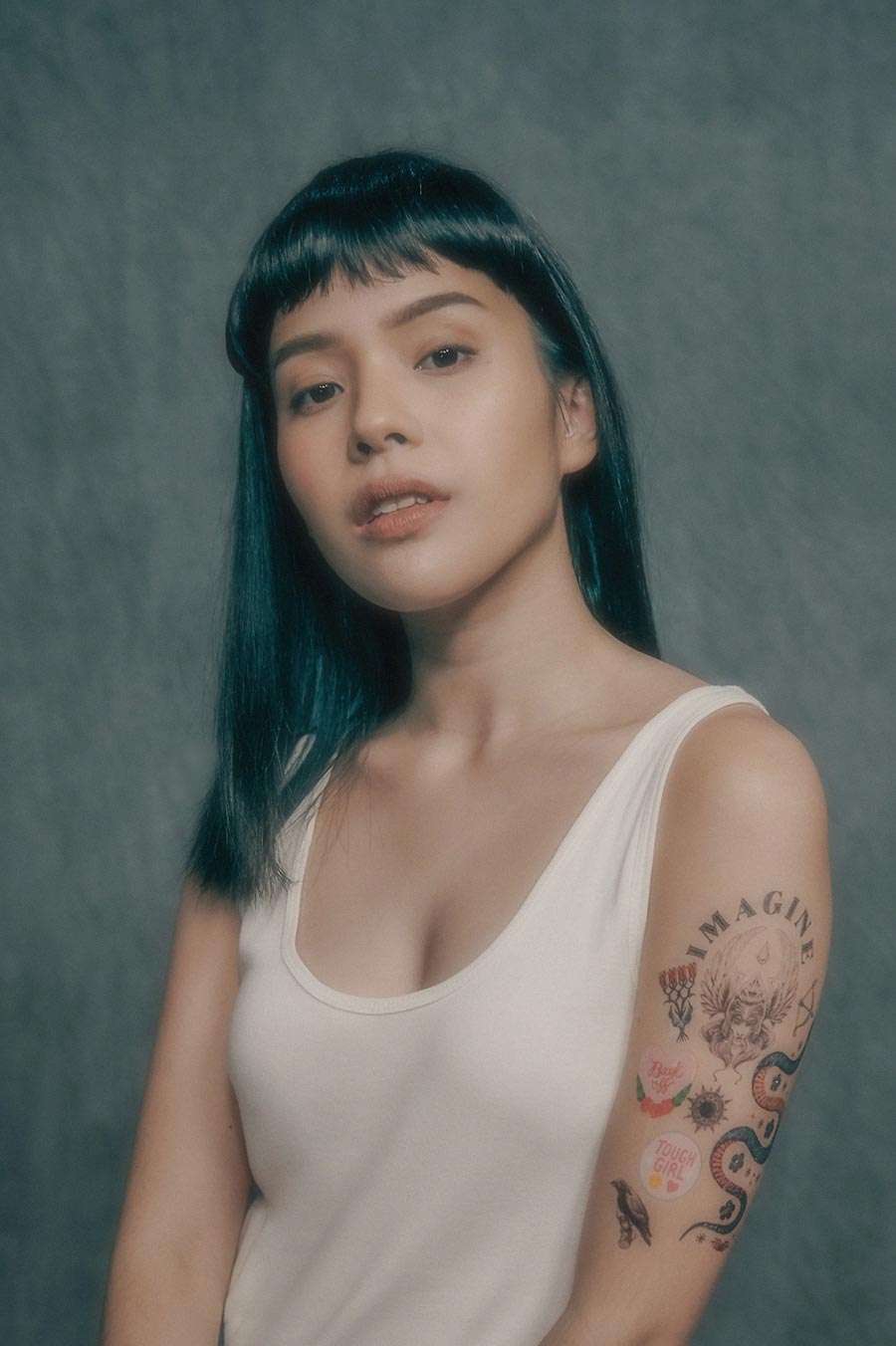 But if we’re talking evergreen relevance, we need to talk about what has to change, too. Yes, in film, but the same applies to thinking, behavior and routine that no longer deserve the light of day.

Gabby and Khalil talk about Dead Kids and how the film portrayed a level of toxic masculinity that just doesn’t sit right with some of its viewers—which was, in some part, the point. “With that complex and that way of thinking, dun nangagaling yung entitlement, violence, casual sexism. And if you see beyond the film and our society, boys don’t outgrow that kind of thinking,” points out Gabby. “Sometimes [they] even get celebrated for it.”

A little introspection is necessary to truly get on the right path to the right choices. Gabby’s advice is to step out of the haze and see what and who the problems are, to realize that distractions are sometimes intentional and put in motion to keep us from seeing the real bad guys.

Khalil sums it all up with a hope that echoes, “I wish we could all realize that if we don’t start making actual changes, whatever’s going on now is what will destroy us.” 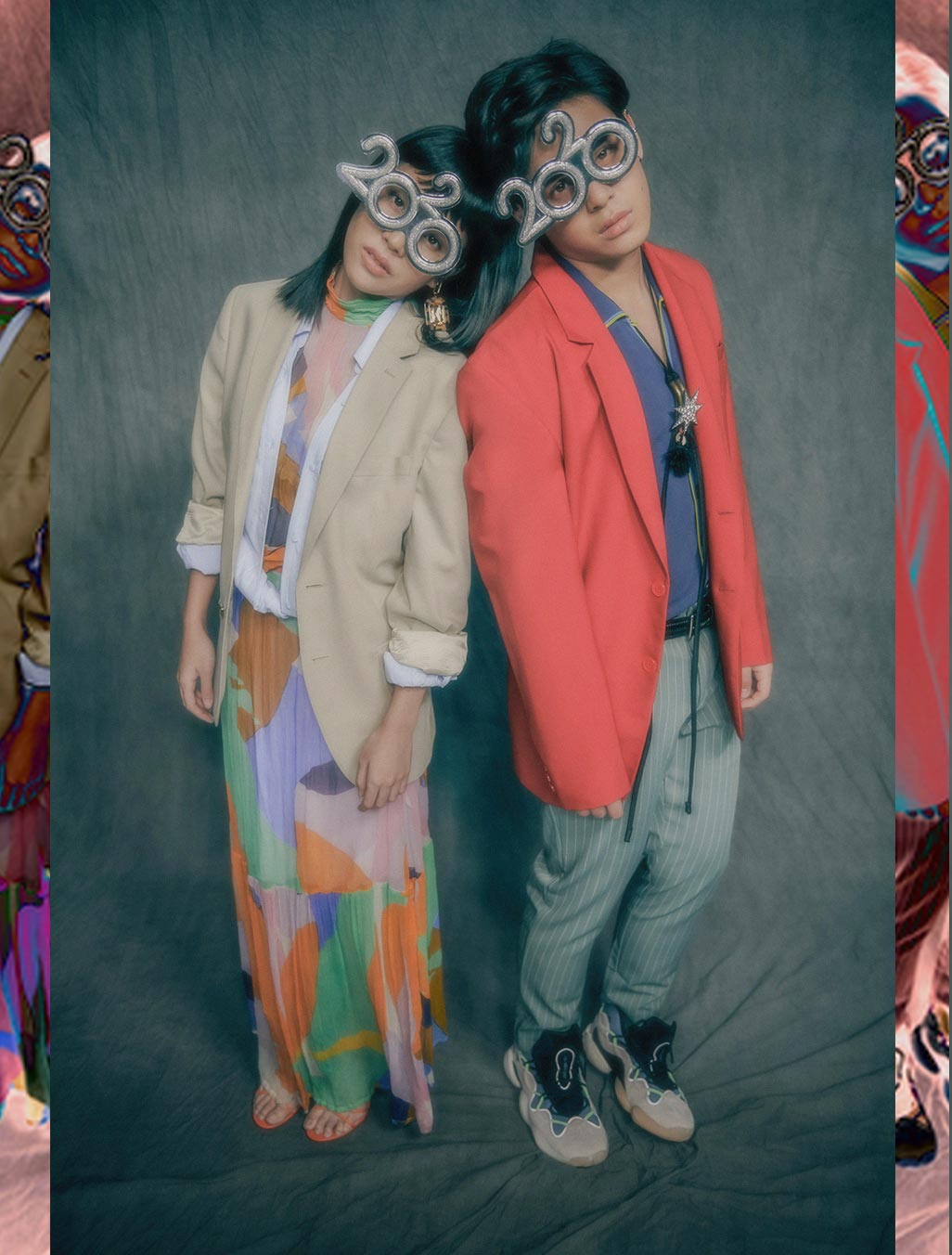 Ten years ago, Khalil was in school and had just had his appendix removed. He didn’t know where he was going; he hadn’t made the choice to dive into showbiz. Gabby was just graduating high school, looking at her peers and knowing that their career choices (math and science degrees were the norm) weren’t ones she could make for herself.

If you told them 10 years ago that they would star in a film that would be at the fingertips of an international audience, they never would have believed it. So who is to say what will happen—to Gabby and Khalil, to Philippine cinema, to society in general—in the next decade?

“It’s crazy how much things change,” says Gabby. “You lose certain people, you gain new friends. It’s a different perspective coming into the 2020s.” And this is exactly how the rest of us should be thinking.

It’s time to give ourselves a clean slate, a new perspective on what can and should be done, on what should be left behind. But let this be the last clean slate, the last out, the last chance; we can’t keep giving ourselves that option to start over. Think about it: We get such few chances at a real, genuine Hard Reset.

HONNE: On The Year That Was, Moving Forward and Wrapping Up

The Philippines’ Most-Searched Men and Women of 2019

Less Is More: The Same Rule Applies to Social Media

How To Become Self-Aware