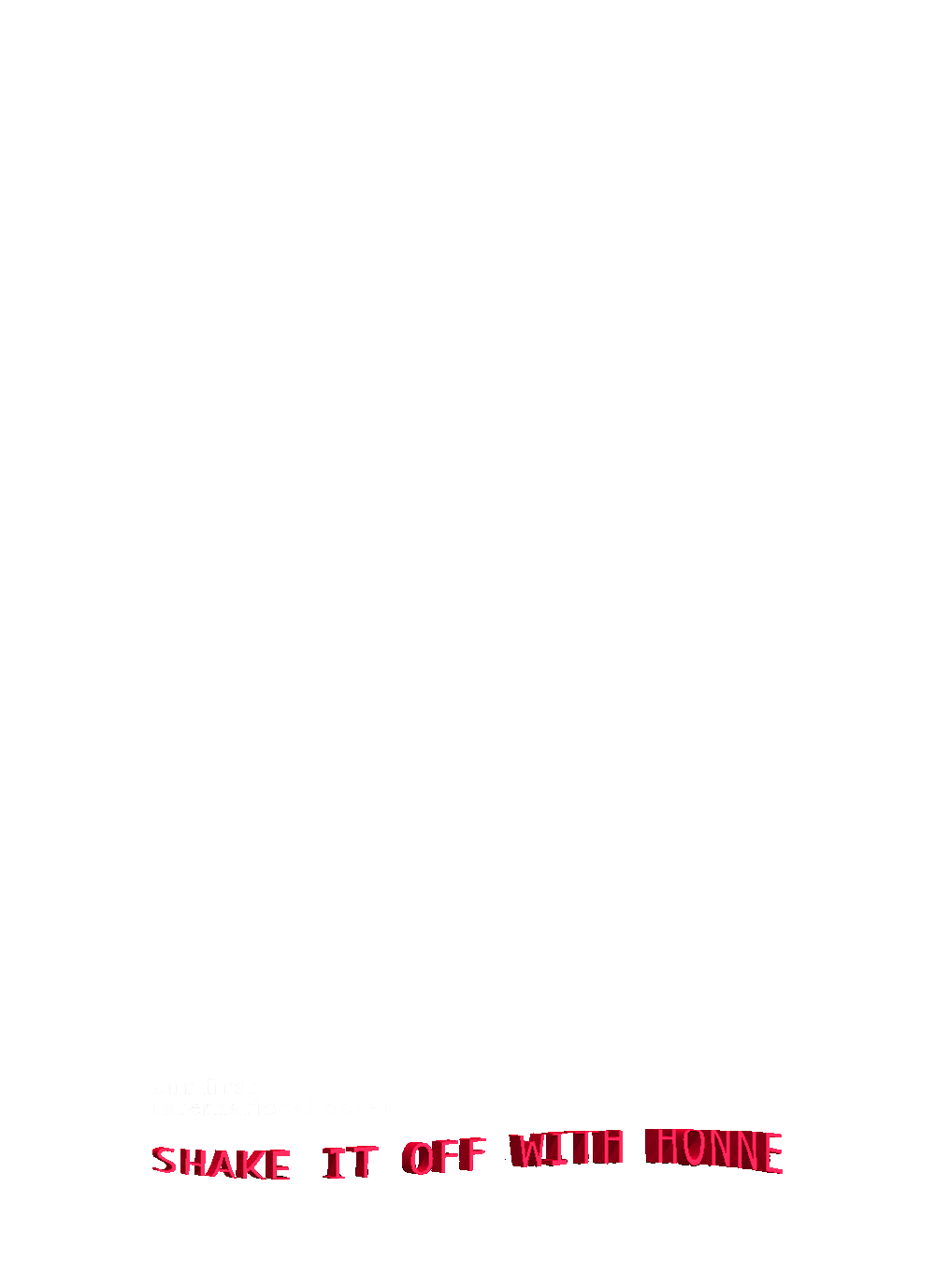 The British electronic-soul duo closes things off as they tell us about the year that was, moving forward and wrapping up

Back when streaming platforms like Soundcloud and 8tracks were sought-after, the means to discover new music were YouTube or curated—and illegally uploaded—playlists primarily based on an individual’s emotional high or low. There, I discovered the British electronic duo HONNE comprised of Andy Clutterbuck (singer and producer) and James Hatcher (producer). During their week-long Manila tour last month, we had the immense privilege of meeting—and myself, audibly fangirling over—the inseparable duo all throughout the quickest shoot in Wonder history.

We had less than a week to prepare for our first international cover, and the team had a lot of jitters to work through. In the interest of owning our month’s theme of “Shake It Off,” we did what we could to move past the anxiety—and get the job done as best as we could.

And we did just that. Fortunately, HONNE was on the same page. 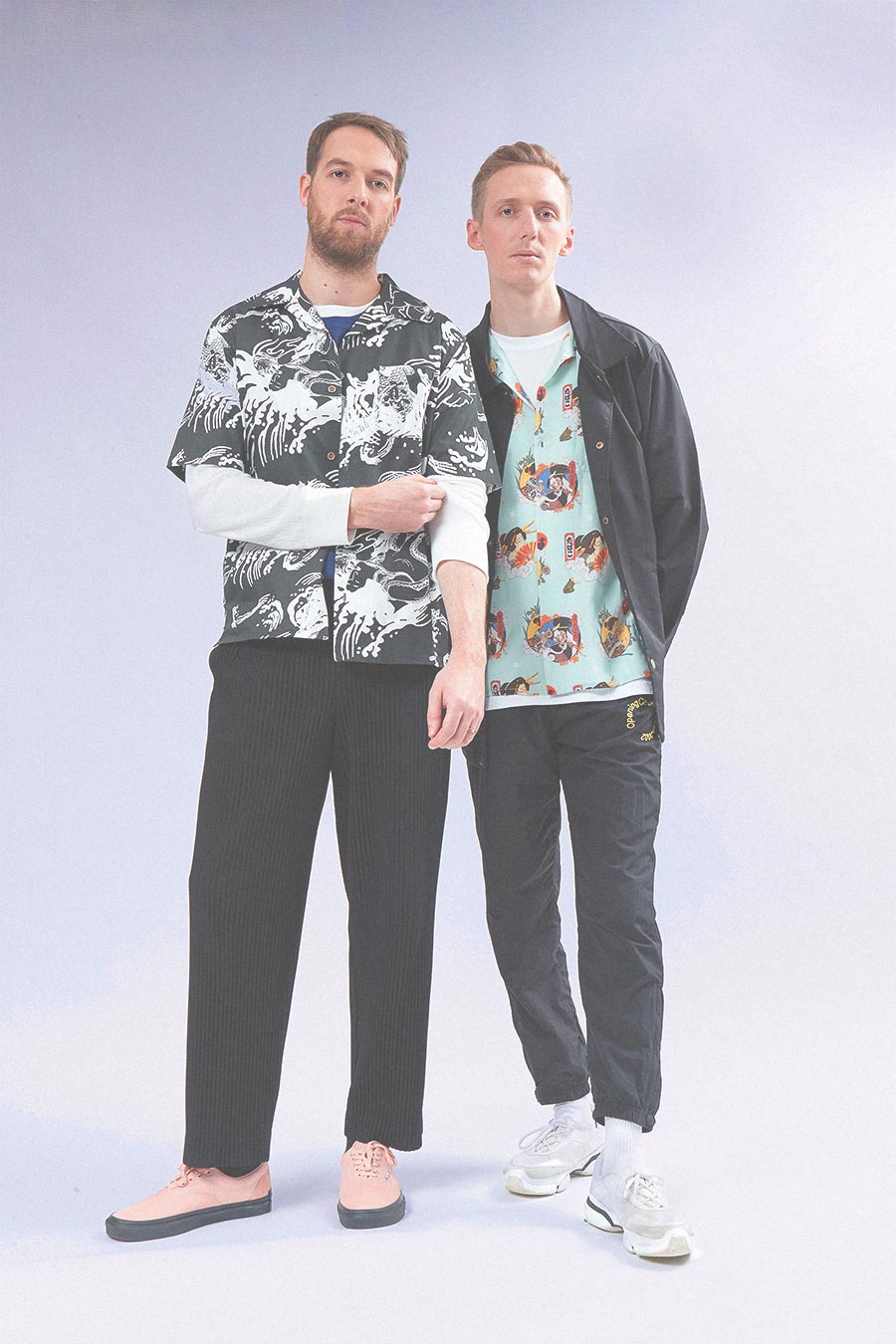 With over four million monthly listeners on Spotify, HONNE skyrocketed to fame in a span of four years with an ever-growing following and an expanding list of international collaborators like Tom Misch, SG Lewis and, most prominently, RM of BTS.

They released their first full-length album in 2016 entitled Warm On A Cold Night, followed by their sophomore album Love Me/Love Me Not in 2018. Their most streamed single Day 1 has a whopping 53 million listens. Described as “baby-making music,” their melancholic renditions of their top singles from their Brooklyn and Livingston Sessions—with their back-up vocal BEKA—may just leave you in a puddle of tears.

HONNE comes from the Japanese word honne (本音) meaning “true feelings,” in contrast to tatemae (建前), which in Japanese culture is how we govern and present ourselves in public. It encapsulates one’s authentic feelings and desires—whether it be experiencing unrequited love, overcoming long-distance relationships or simply longing for companionship. With lyrics like, “I should have told you how I felt when I had the chance/ I should have held you higher up in all my plans,” they acknowledge humanity at its most raw and honest.

“I guess I’ve got to understand that there’s always someone in the world that’s going through a similar thing to what I’m experiencing or what I’m writing about.”

There’s something so comforting about sad music; it’s genuinely therapeutic. See Crying Over You, my anthem from my last heartbreak—embedded on a personal Spotify playlist entitled Just Not Each Other. Does HONNE find it difficult to be vulnerable in their work? At one point, Andy believed people didn’t necessarily want to listen to his hurts but, eventually, he embraced his unique vocation. He shares, “I guess I’ve got to understand that there’s always someone in the world that’s going through a similar thing to what I’m experiencing or what I’m writing about.”

The pair recently wrapped up their year-and-a-half-long Love Me/Love Me Not tour, including a full ruckus of a month dedicated to Asia. They first played in the Philippines for the annual Wanderland Music & Arts Festival in 2017. In 2018, they were at the forefront of Karpos Live Mix 1.2 and since then has returned for the Ayala Malls tour with seven jam-packed shows in Manila.

“As long as we’re being true to ourselves and still loads of our fans are liking it, I think we’re happy.”

Their show on November 9 was one of the highlights of their trip, with an estimate of 6,000 attendees filling up the open space of Bonifacio High Street. James confesses to even tearing up during the live show because it was completely unexpected. He recounts, “I walked back in there [and] I was like, woah. I think it’s ‘cause you stand up there in the malls, there [are] a few people dotting around. We’re turning up at 4 and we’re not on stage until 8. It’s like, ‘Are people ever going to turn up?’ Suddenly, we go back out and the next thing we see is a room full of people.” They posted a video from the show with the animated crowd singing Location Unknown word per word. He considers it as one of the best shows they’ve played in their whole career.

Location Unknown is a favorite for Andy. “For me, it just summarizes what I feel when we go on tour. Touring is an amazing experience but, obviously, there [are] many people that we miss back at home. It’s just about doing what you can to get back to them as [quickly] as possible.”

Another notable favorite is Crying Over You, which was remixed by RM or Kim Namjoon from BTS. The pair also co-wrote and produced seoul for his EP. James recounts the process where the rapper—and all-around creative genius—noticed their work. He shares, “It all started many years ago. So, RM tweeted from the BTS account; [he] tweeted a link to one of our songs ‘cause he liked it, then we started chatting online [and] then he came to our first-ever gig in Seoul. He’s a really nice guy and we always liked his solo stuff; I always thought it was quite cool.” Earlier this year, HONNE met all seven members of the Korean global phenomenon—and inevitably joined the #ARMY.

He revealed the concept behind their most recent work together with the leader of BTS. He shares, “We wrote Crying Over You and felt like it would be a great moment to get him to do a middle layer…What he wrote, I felt, kind of summarized [and] added a new layer of emotion to that track. I really like his lyrics on that. We’re still in touch now…There should be more of that coming up as well.”

James believes that being true to one’s self, as cliché as it may seem, overpowers negative feedback. He admits, “When you release a new song or a new music video [is] up, you get a thousand nice comments and one [negative]—and you’re like, ‘Why?’ It’s ridiculous to live life like that. There’s always people who love to be a critic. As long as we’re being true to ourselves and still loads of our fans are liking it, I think we’re happy.”

2019 sure felt like a decade with the onslaught of unfortunate headlines but it wasn’t all that bad. In August, Andy got married to his “Day 1” for the past 12 years, which was his biggest highlight. James feels otherwise, joking that he’s still moving on from “Andy getting married instead of marrying me.” 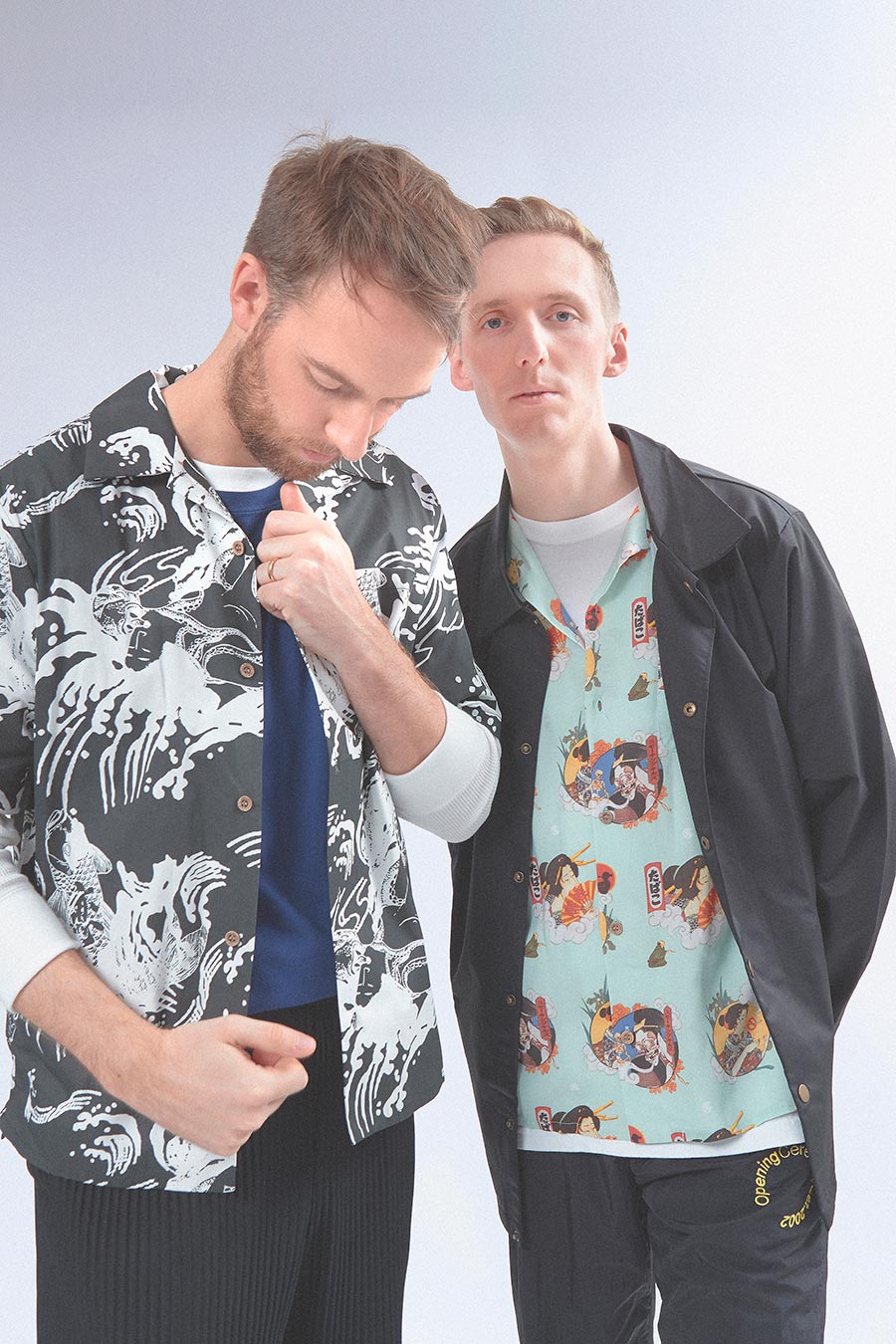 On the year that was, we’re all carrying baggage we just want to let go of—but hopefully learn from—whether it be cutting off toxic relationships, overcoming crippling insecurities or leaving one’s comfort zone. Our advice: just Shake It Off. The new year marks a clean slate, the beginning of a season of fresh hope and expectations. This may be the time we plot out resolutions (even if we end up breaking them begrudgingly).

James shares, “The thing is, I’m a bit of a self-help book guy. I kind of do [resolutions] partly to just keep refreshing; otherwise, you kind of just start the year great then gradually end up being a wreck in the end…So we’re both in a pretty good place. New Year’s resolutions always have something to do with getting fit, being careful with money or whatever—those kinds of stuff—but we’re both quite on top of that these days.”

What’s next for HONNE? Andy divulges, “The plan is to have new music coming out next year, 2020, at some point. Our main focus is just to finish writing it and get it sounding as good as it can be. It’s getting there, and it’s very exciting—soon-ish.”

Jasmine Curtis-Smith: Proper, Poised But Not Always Put Together

Can We Change These Toxic Pinoy Habits?