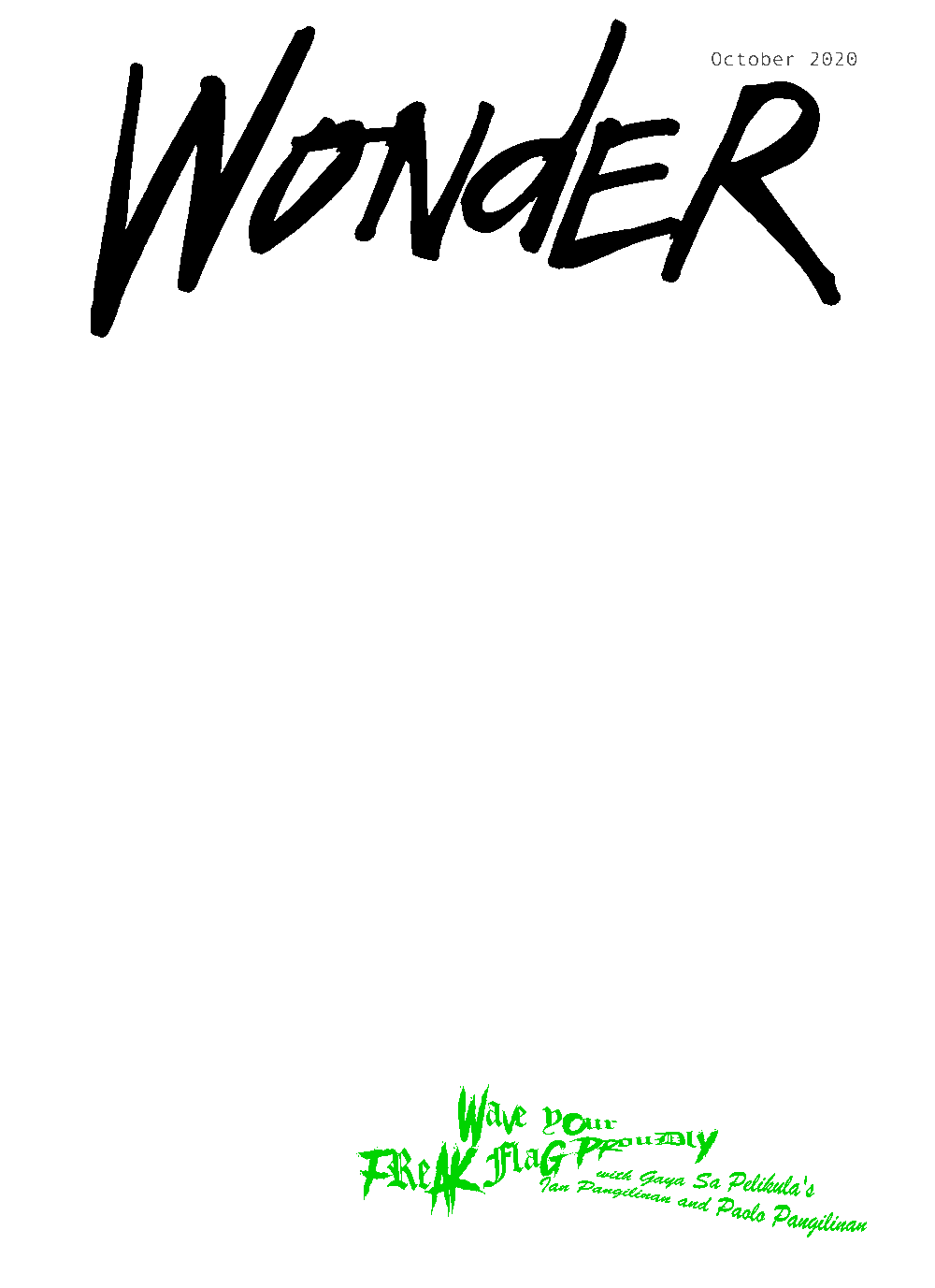 This time last year, most of us had our Halloween costumes ready, our bodies eager to put them on and make the most of that one special night at the end of the month. For some, that meant letting loose, piling on makeup and dancing until our legs give in. It meant embracing liquid courage and talking to the cute-yet-boringly-dressed boy at the next table or the all-out-Birds-Of-Prey girl that just settled down in her seat. It meant breaking out into laughter with complete strangers and running into friends you haven’t seen since graduation (and hugging them like you were always the best of friends).

But things are different now, and October is looking a lot more “normal” than we’re used to. Festivities or not, however, we’re singing to the same tune that tells us to Let Your Freak Flag Fly. It is, as always, about celebrating who we are and who we want to be—no bullshit, filters or apologies necessary. A few weeks ago, we were all introduced to Gaya Sa Pelikula, and the names Ian Pangilinan and Paolo Pangilinan became staples on social media. The series, created and written by Juan Miguel Severo, directed by JP Habac and produced by Globe Studios, is continuing to revolutionize the way we see a romantic comedy. The conversation we have around the genre isn’t shifting; it’s expanding.

Ian admits that he was always a fan of Juan Miguel Severo, with Hintayan Ng Langit having a big impact on him, so he jumped at the opportunity to audition for GSP. “Ever since that first decision to actually be part of this project, that’s been my driving force,” he explains.  “[It has been to make] movies for other people to feel less alone, to feel more seen, to feel like they have something to lean on or somebody to lean on.”

Meanwhile, Pao received a video call from the creator and writer about the initial pitch, and realized that it would be a shame if he didn’t try out for the role. “Being a member of the LGBTQIA community myself, it would [have been] a travesty for me to not try,” he tells us. “I believe that I could best represent the community, as much as I have been, through Gaya Sa Pelikula.”

Speaking with the actors solidified my support for the series, not just because it leads us to have conversations we should be openly having, but because the people behind the title are so passionate about what they’ve put together. There was and is a bigger picture to focus on, an entire community to rally for and an even larger audience to satisfy.

Of the experience, Pao says: “We were all on the same team, fighting another battle.” But learning about Ian and Pao, as individuals and not just the characters they portray, was even more comforting.

Unlike Karl, Pao grew up surrounded by cousins and family members. Without much prompting, he tells us how he always valued working in a team because, despite the inevitable fights, “you’re the only kids in the house [so] you can’t be at war all the time.” Being one in a number of people living under the same small roof taught him the value of pakikisama and being a team player. He says it’s helped him a lot in delivering what’s expected of him throughout the years.

Likewise, Ian grew up in, as he describes, a busy household. “There was always something happening,” he reminisces, “there was always the next book to read, the next movie to watch, the next academic award to reach for.” Sounds like a hectic time (one not all of us would be inclined to have), but he’s grateful for it. Every experience he had growing up allowed him to learn and live by the idea that there is value in being and staying productive.

Together, the young actors sound like a match made in heaven, like pairs that just won’t (or don’t know how to) stop. And seeing them interact candidly  with each other—with Pao attempting to feed Ian at the beginning of our interview, the latter saying it wasn’t the time—was enough proof that the chemistry we see on the small screen is real.

These two have each other’s backs, probably in more ways than we’ll ever fully understand. And it’s exactly this level of support that we love to see: unfiltered in their opinions, uncensored in the way they look out for each other and unapologetic of who they are together. All praise aside for the meantime, Ian and Pao weren’t always the men whom we see now. When I ask them if they know about masking—a process wherein someone “masks” who they are in order to conform and fit in with the people around them—Ian quickly jumps in to say there’s nothing wrong with it.

“Everybody went through that phase of trying to fit in with the cool kids, [of] putting up a mask,” he explains. “I feel like [it was] a huge part of my highschool—I would even say college—experience. I don’t think it’s necessarily a bad thing; it’s part of growing up.”

Wanting to fit in, after all, isn’t a crime. And there is no shame in highlighting the parts of yourself that society has dubbed “normal” and “acceptable.” Let he who has never bought a pair of sneakers simply because it was cool cast the first stone.

But there is also no denying that sense of relief that comes with finally just being yourself and letting your freak flag fly. In doing so, one attracts the same energies and the same people with the same values and the same beliefs—at least hopefully. For Ian, it was a happy ending; he tells us: “The moment that I was true to myself, I was set free.”

Being true to yourself also sometimes means acknowledging your flaws, which is exactly what we asked Ian and Pao to do for the cover shoot. We dressed Ian in a shirt that read “overthinker,” Pao in “aloof”—two words the two submitted to represent their own imperfections. So at the end of the day, we checked in with them and asked if they felt uncomfortable or proud or ashamed of the word they had donned the entire day.

For Pao, being aloof has been a coping mechanism, something he’s learned to acknowledge and actually find useful. “Our imperfections,” he points out, “we should be able to acknowledge them.” It’s only when we do, he continues to say, that we’re able to work and build around them. We later ask both Ian and Pao if they believe that things just get better when someone finally accepts who they are—and both surprise us by challenging the common understanding of “privilege.” The word has become synonymous with “wealth” and “race,” but this wasn’t the case in our brief conversation.

“The obvious answer is ‘yes [things will get better]’ but, at the same time, I also do acknowledge that there are some people who will have difficulty doing something as ‘easy’ as that,” explains Ian, before listing religious beliefs and familial situations as things that could make things challenging.

“For me who is privileged enough, yes. And I don’t think that’s the way it should be.” Pao adds, “Yes, for a few, no to many—as of now. And that needs to change.”

Ian goes back to his initial thought and concludes: “My message here is that let’s also look out for those that can’t say [yes] for themselves.” Many things start off as a “flaw,” as something to be ashamed of or as something to hide. If you visit every corner of every country and interact with their cultures, you’ll find that their beliefs consider different things to be right and normal. Entire generations cannot be changed by a single march, a single movement or a single TV series—but some conversations change entire mindsets.

We are soldiers in the battle to be true to oneself and so we encourage those around us to wave their freak flag proudly. But being a soldier also means looking out for those under fire and don’t have the space to move around as freely. Sometimes defense is the only offense possible.

So while we’re demanding for equality and acceptance, and as we keep fighting the good fight, let’s remember: not everyone has the privilege to be in the line of duty. 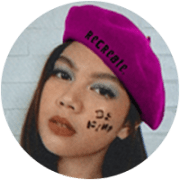 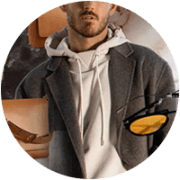 Wonder Wardrobe: In October, It’s Alright to Be Excited About Fashion Again 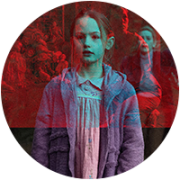 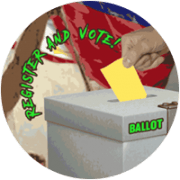 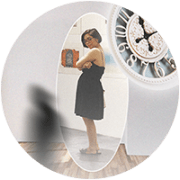