#Pride2019 Through The Lens Of A First-Timer

In my comfortable “slumber,”  I’ve forgotten what it means to be human I will be honest. The moment I found out I was assigned to cover the Metro Manila Pride March, I was hesitant to accept it. As a professing, Bible-believing Christian, at the back of my mind, all I could think was “What would people think?” That’s the thing, I had no problem with God. As my favorite author and theologian, C.S. Lewis, puts it, “A man can no more diminish God’s glory by refusing to worship Him than a lunatic can put out the sun by scribbling the word ‘darkness’ on the walls of his cell.” If I were to take a guess, if Jesus were still here on earth, He’d probably be marching alongside His oppressed children—but that’s just me.

I’ve seen young members of my Church community who “question” their identities leave the confines of our building. I know exactly why, but I keep mum. I know I am part of the problem; I may not discriminate or demean but I am silent—and my silence speaks volumes. A little self-introspection made me realize, wala akong paninindigan. This is a reality I had to acknowledge and grapple with for the past few days.

The Bible is the compass of my life—but I am not God. I do not have a say in somebody else’s reality, when I’m not the one being persecuted by society. I’ve fallen under a comfortable Christian “slumber” and I was ready to awaken. On my way to Pride, I offered a short and earnest prayer: “Lord, let me see what you see.”

RELATED: What Christianity Tells Me About #LoveWins

Rain did not dampen the spirits of members and allies of the LGBTQIA+ community as they trooped to the Marikina Sports Center for the Metro Manila Pride March last Saturday, June 29. With a “conservative” count of 70K, it exceeded last year’s turnout exponentially. Advocates celebrated this year’s theme “Resist Together” claiming their birthright to love and live without discrimination and prejudice.

Over the years, I’ve covered countless of events but the energy in this place was so tangible. There was an over-saturation of rainbow flags, garb and makeup looks. A man in a black mask had these words displayed on his shirt: One day, we won’t have to wear a mask. A group of Christians carried a cross emblazoned in rainbow-colored cloth; they shared the message of love. A couple in black carried a rainbow umbrella with a sign that says “Stop killing us.” A man carried a placard with 1 John 4:16 inscribed in it. It reads, “God is love, and whoever abides in love abides in God.” In every corner, love was displayed. Paolo Sumayao was one of the representative speakers of the Culture and the Arts sector. Inspired by Freddie Mercury, he was clad in his iconic Live Aid ensemble from 1985. He shared, “As BKL/Bikol Bakla, as Art Rally MNL, as Astrolikha, along with our communities, come into play to push boundaries to fight back with every stroke of our hands, bodies and minds. Our art is a response to the need for a queer, regional voice that celebrates the Bikolnon life through gay, trans and queer identities—enabling many young writers to believe in their voices. The push for each of these causes come in many forms: classes, exhibits, dialogues, workshops, publications and many others. We will not stop writing, painting and signing because the world is a much better place when we resist together.”

Roy Dahildahil, a co-founder of #MentalHealthPH, contributed a timely reminder for all. “Fighting for a mentally healthy community is fighting for the rights of the LGBTQIA+. Being LQBTQIA+ is not a mental health disorder. Your sexual orientation, identification and expressions are not mental disorders. You are not a disease that needs to be cured nor a mistake that needs to be corrected. You are not the problem. The stigma, the stereotypes imposed by the society, the gender-based discrimination, the hatred, the violence are the problems. We resist together today for the lives lost due to abuse, homicide and suicide. Our diversity is beautiful. Our life, though difficult, is beautiful.” To publicly make his stand for equality, Marikina Mayor Marcy Teodoro took the stage to announce the signing, right there and then, of the Anti-Discrimination Ordinance—the equivalent of the SOGIE Equality Bill for the local government. This states that it’s a crime to discriminate based on someone’s sexual identity and orientation. There is no room for violence in this place. As a proud Marikeño for 26 years, I am proud to have witnessed this historic turning point.

As I left the premises to take part in the parade—as people occupied the streets—the clouds parted and revealed the afternoon sun, so full of hope and assurance that there are brighter days ahead. Yet, as I rode the tricycle home, I overheard a group of men whistling and laughing at two men who were on their way to the event. My heart broke for them; this is precisely why Pride exists.

As words eluded me, I found myself in my favorite Japanese café trying to encapsulate the essence of Pride in a word document. After a while, the guy seated beside me couldn’t help but observe my piece, which led to an hour-long conversation. He shared about his plight as a Christian member of the LGBQTIA+ community—his story to tell, not mine. Sometimes, we find stories; other times, it finds us.

I ended sharing a passage from the Bible (apparently his favorite), which paints a picture of God’s perfect love for us. Romans 8 says, “Who shall separate us from the love of Christ? Shall tribulation, or distress, or persecution, or famine, or nakedness, or danger, or sword? For I am sure that neither death nor life, nor angels nor rulers, nor things present nor things to come, nor powers, No, in all these things we are more than conquerors through him who loved us. nor height nor depth, nor anything else in all creation, will be able to separate us from the love of God in Christ Jesus our Lord.”

I still have plenty of questions, doubts that will keep resurfacing throughout the breadth of my life; but the beauty of being finite creatures is we never stop learning. We get to revel in our human differences and see how this invisible thread connects us.

During Sunday service, my pastor uttered these beautiful words from the Psalms which remind me that in our smallness, there is love that is infinite, which treats us as if we were the only one person in the world. “When I look at Your heavens, the work of Your fingers, the moon and the stars, which You have set in place, what is man that You are mindful of him, and the son of man that You care for him? (Psalm 8:3-4) Pride changed me; I pray everybody gets to experience this event in their lifetime. 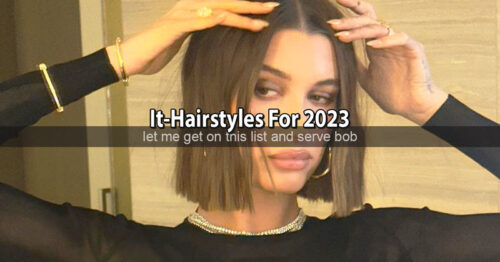 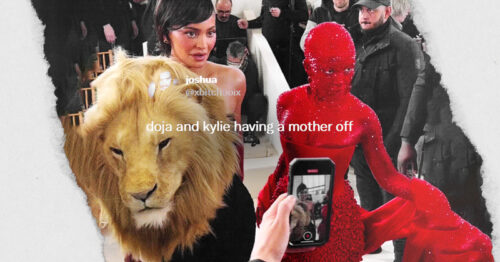 All the Celebrities Who Broke the Internet During Fashion Week