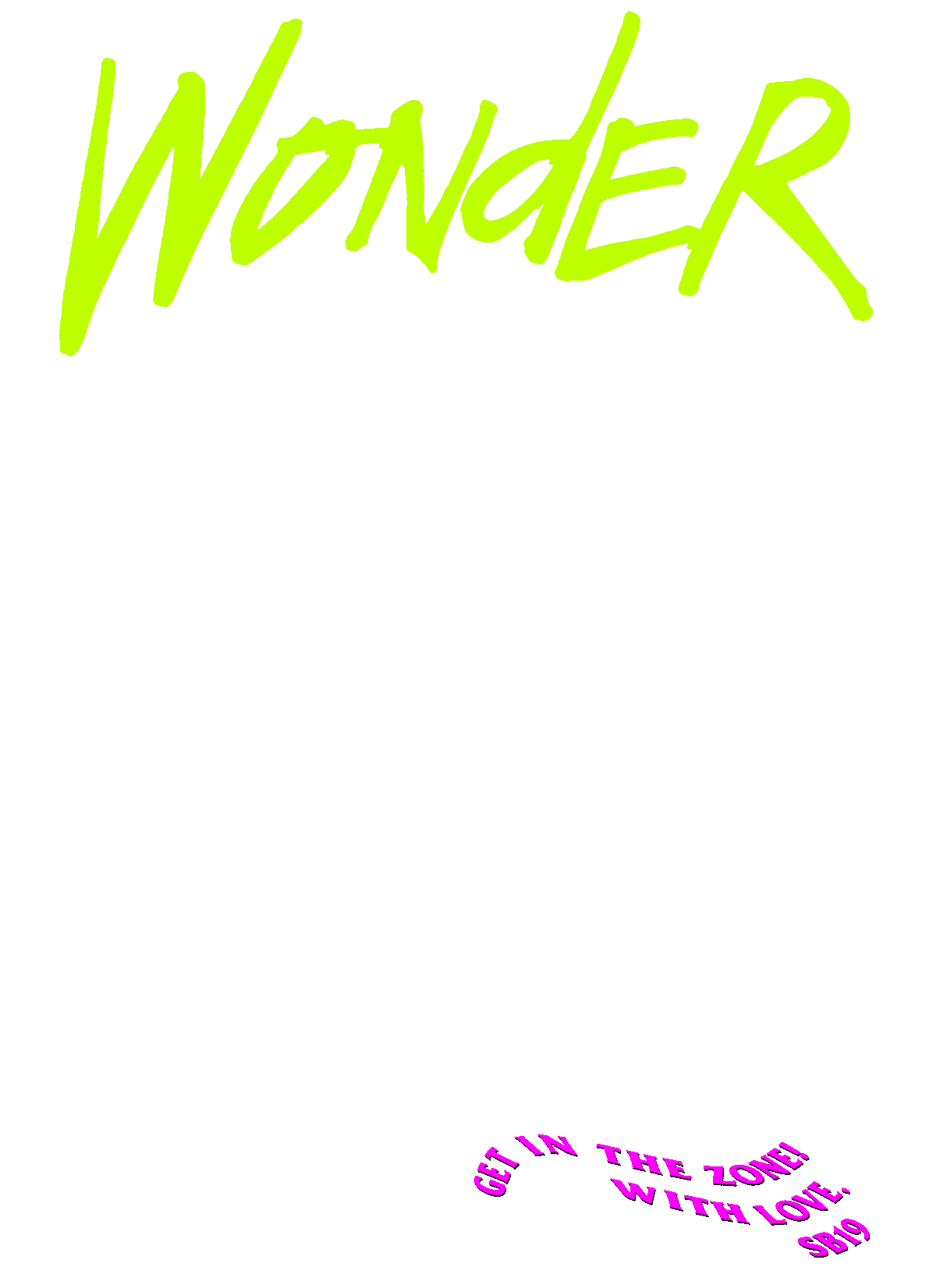 We didn’t need the internet to learn about how the rest of the world lived or worked; our ancestors experienced it all first-hand. The Spanish, the Americans, the Japanese—whatever culture made it to our shores, we adapted into our own.

You can see it in the names of your colleagues and friends, in the languages they speak and the antique furniture they use. It’s evident in the food we eat and the holidays we celebrate, in the songs we sing and the steps we dance. But as the world trickled into the 21st century, adopting other cultures became so much easier.

And in this space, many of us have found a new way to shine. Case in point: SB19. 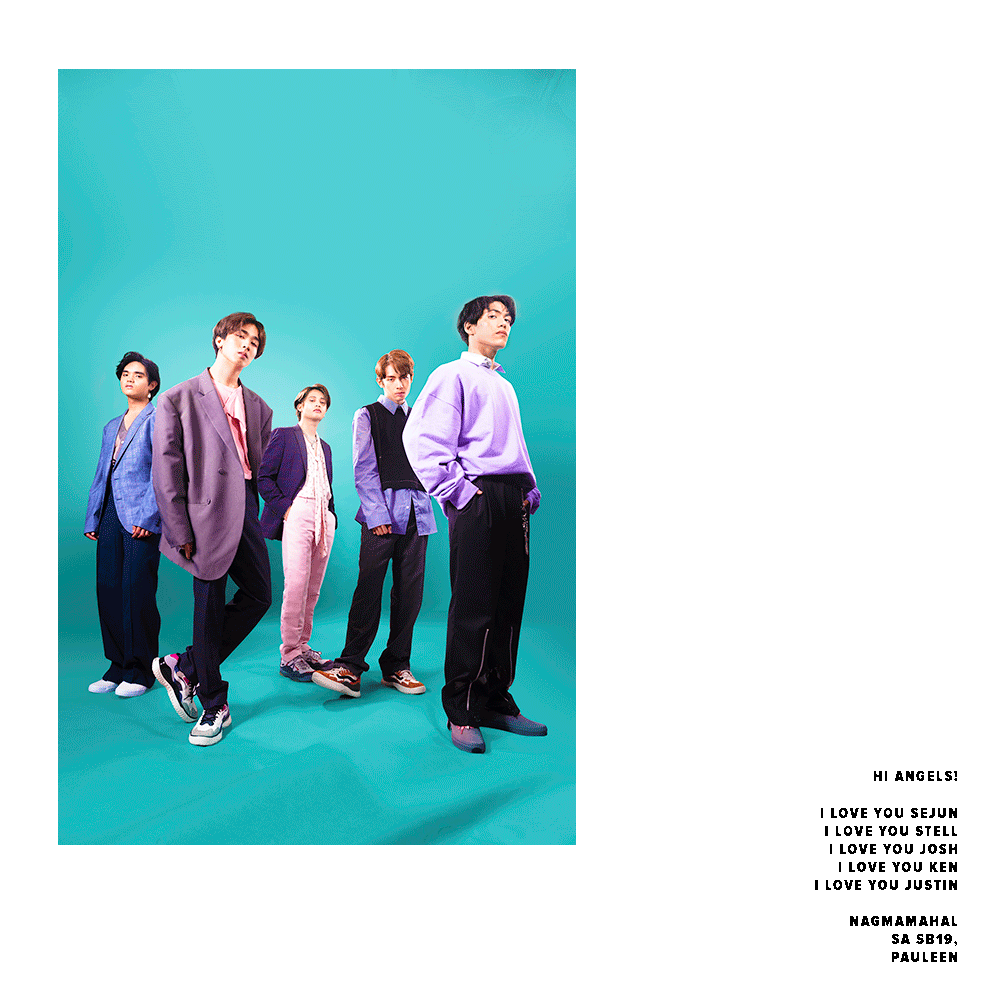 In 2019, the Pinoy pop spotlight started to shine bright on SB19, a five-piece boy band that some believe don’t sound or look quite Filipino enough. Launched in 2018 under South Korean label, ShowBT, and consisting of Sejun, Stell, Justin, Josh and Ken, the group catapulted to fame in late 2019 when a dance practice video turned virtual heads their way. Reminiscent of the sharpness and intensity synonymous to K-Pop performances, Filipinos were left surprised, intrigued and ready to stan.

While signed to a Korean label, the SB19 members completed their vocal, dance and rap training in Manila, clocking in an average of nine hours a day, six days a week. Despite not having trained in the K-Pop capital, all the members are admittedly big admirers of the genre. 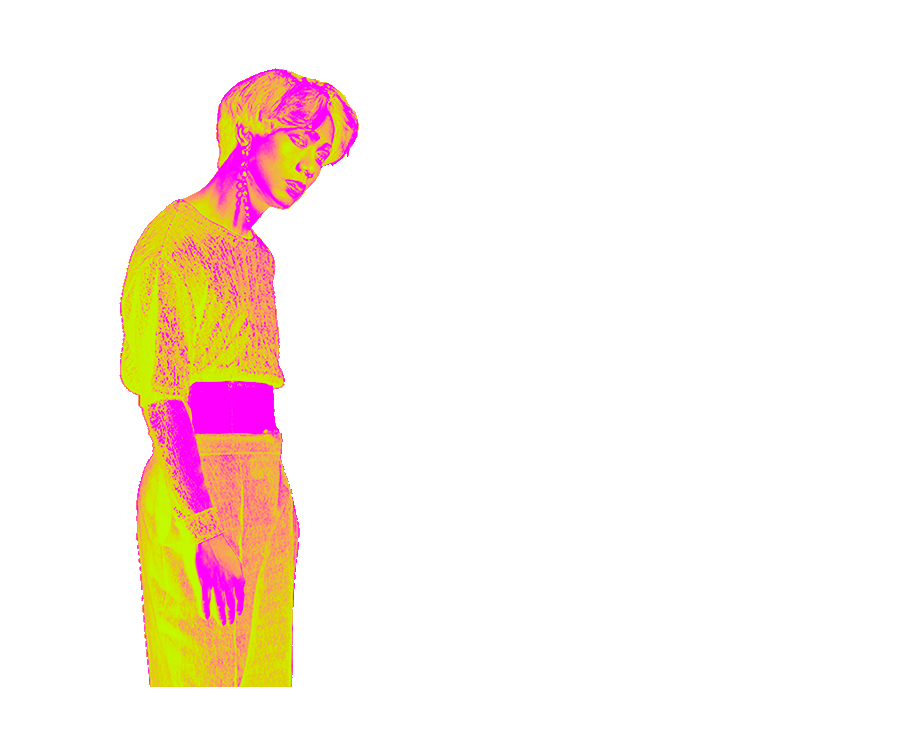 “Pinaka-unang na-expose po ako sa K-Pop, [dahil kay] BoA. Sa ‘kin sobrang bago po kasi sobrang synchronized nung back-up niya, sobrang galing din niya sumayaw (The first K-Pop act I was exposed to was BoA. It was so novel to me because her back-up dancers were so synchronized, and she’s just so great at dancing),” enthuses Josh, who, alongside Stell, was in a cover dance group prior to getting on board with their label. The rest of the members look to second generation boy groups for inspiration: B2ST, GOT7, Big Bang, VIXX and, almost unanimously, BTS.

Despite their apparent love for Korean music trickling down to their own body of work, the members admit they weren’t always eager to ride the K-Pop wave. Sejun, SB19’s leader and the primary songwriter of the group, admits that prior to joining their label, his relationship with K-Pop toed the line between indifference and dislike. He confesses, “Ayaw ko po talaga ng K-Pop before because hindi ko naiitindihan yung lyrics. Medyo immature pa po ako noon (I didn’t like K-Pop before because I couldn’t understand the lyrics. I was a little immature then).” 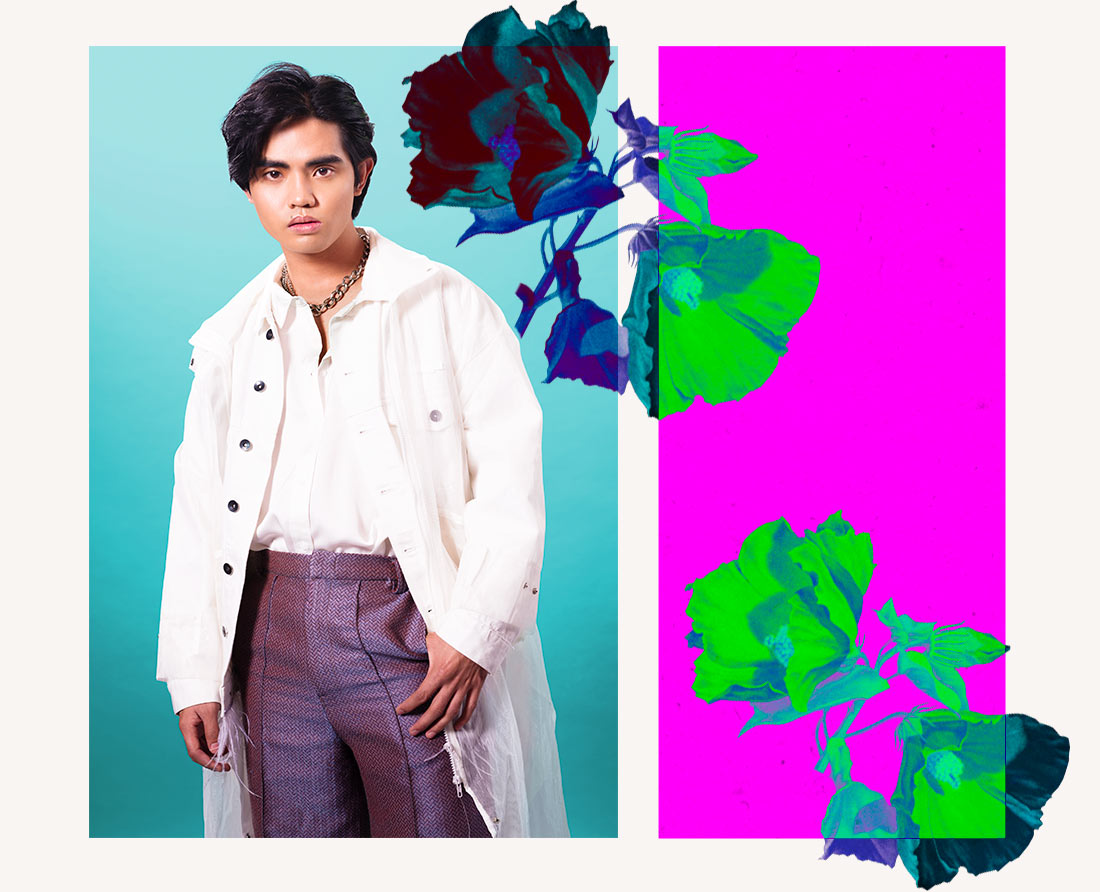 They’re no strangers to the apprehension towards K-Pop influence, which fuels their understanding towards the market’s polarized reactions to SB19. Through their meteoric rise to fame with Go Up, the set design and camera work in their music videos, from their styling down to how they announce their arrival and introduce themselves (a battle cry of “Get in the zone, break!” in case you were curious)––there’s no denying that K-Pop influence echoes strongly in SB19’s DNA.

But does that mean that P-Pop today is nothing but a borrowed formula? 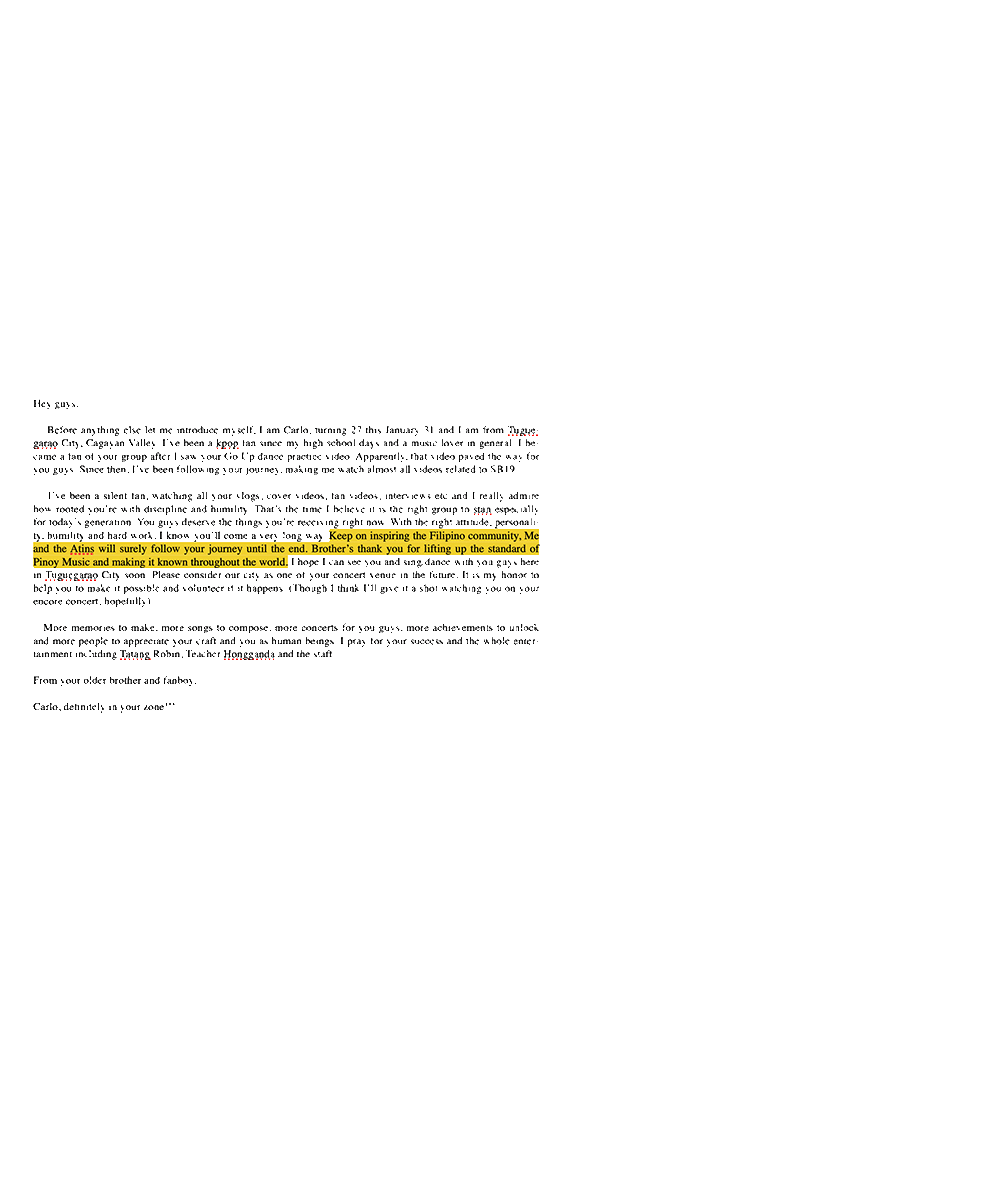 “Sa music, wala naman may-ari ng certain genre (In music, no one really owns a certain genre),” explains Sejun. He relates the divide between K-Pop and P-Pop to his experiences as a songwriter: when one comes up with a melody, they shouldn’t have to stop and consider whether what they created sounds Filipino enough or Korean enough. Ken adds, “Yung K-Pop, inspired din sa ibang music. Hindi natin masasabi na K-Pop lang ‘to, or ito P-Pop lang (K-Pop takes inspiration from other music, too. We can’t say something is K-Pop or that something is P-Pop, per se).”

Eager to chime in, Josh interjects, “Ako, linalaban ko talaga na Original Pilipino Music kami. Ang para sa akin, exposed na exposed kami sa OPM. Siguro kinuha lang namin yung mga good points sa K-Pop [as a genre] since we love it, at may kinukuha din kami sa Western styles. Nakakagawa kami ng bago. (For me, I defend that we fall under Original Pilipino Music. In my opinion, we’re very exposed to OPM. Perhaps you could say that we took the good points of K-Pop [as a genre] since we love it, and we picked up some things from Western styles, too. We’re able to make something new).” 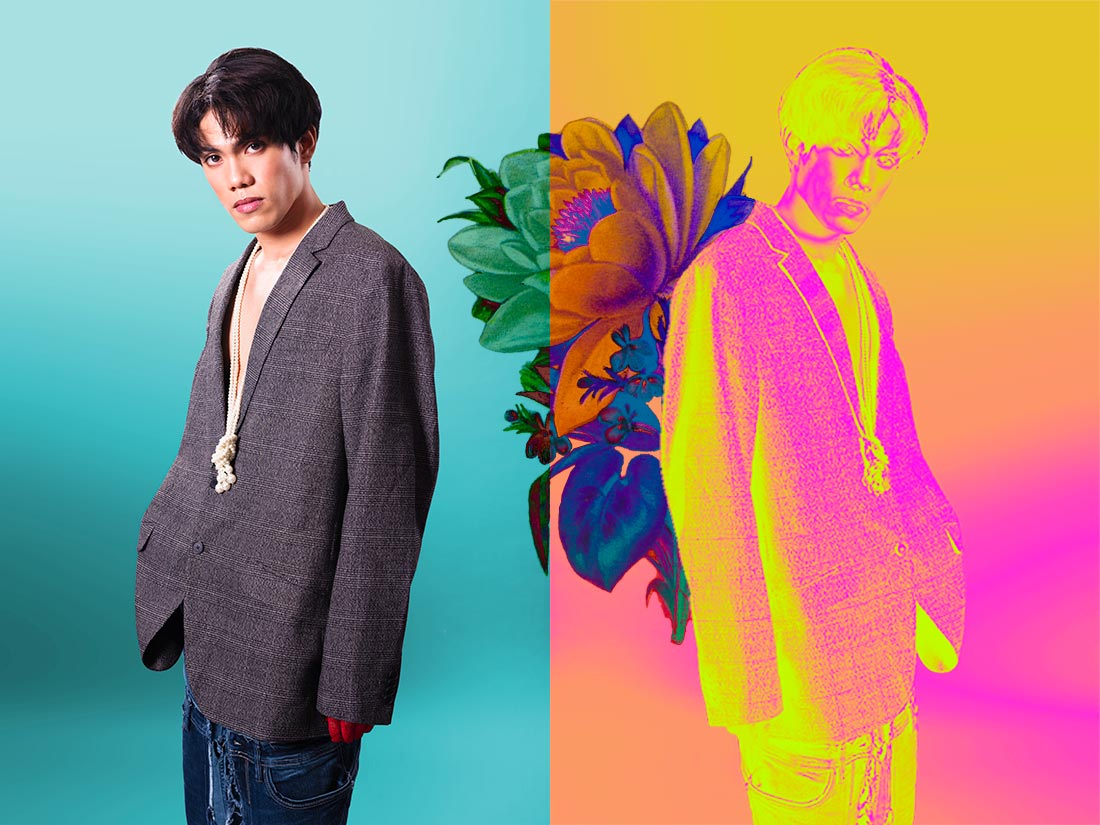 If their 758,000 YouTube subscribers and 278,000 monthly Spotify streams are any indication, they’re doing a pretty damn good job marching to the beat of their own drum. While they recognize a considerable chunk of their fandom, whom they endearingly call A’TIN, are K-Pop fans and therefore gravitate towards them for their K-inspired appeal, they see the other side of the coin. Justin, the group’s youngest, is particularly optimistic. “They’re proud as K-Pop fans na Filipinos can have something like this din na maipapagmamalaki nila.” 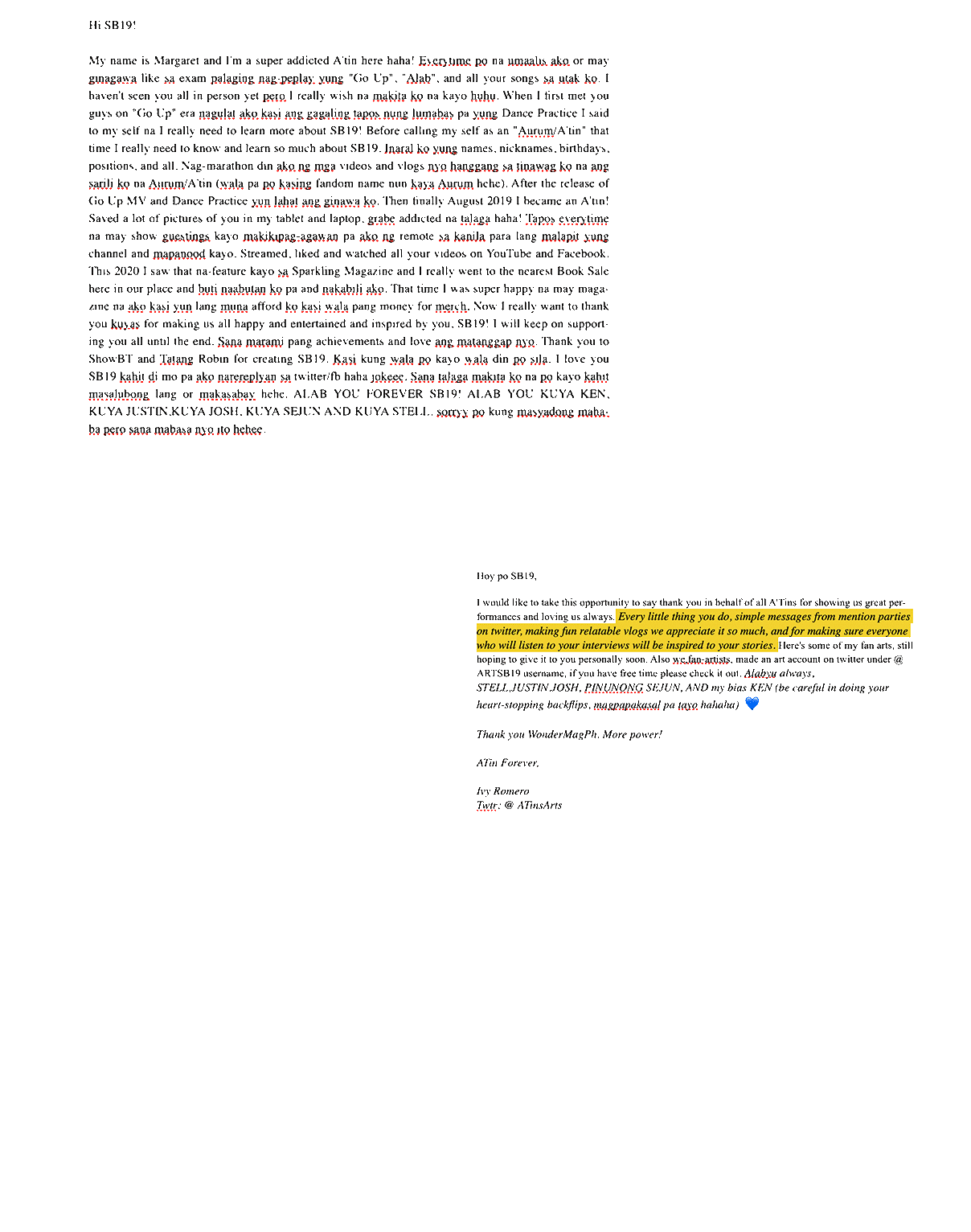 As Stell  further expounds, “Yes, we trained under a Korean company but we still showcase Filipino talent.” And it’s at this point of the conversation when it becomes evident that the idea never was and never will be to rise to fame while aboard the K-Pop train—it’s to raise, hone and showoff Filipino talent.

So in this debate between taking inspiration and falling under the weight of influence, the answer really is that SB19 has found that sweet spot in between. They’ve married their respect for K-Pop with a love for local sound and turned this into something that is uniquely them. After all, the team proudly notes some OPM veterans that have shaped their appreciation for music as a whole. Anyone else fans of Morissette or Sarah Geronimo? 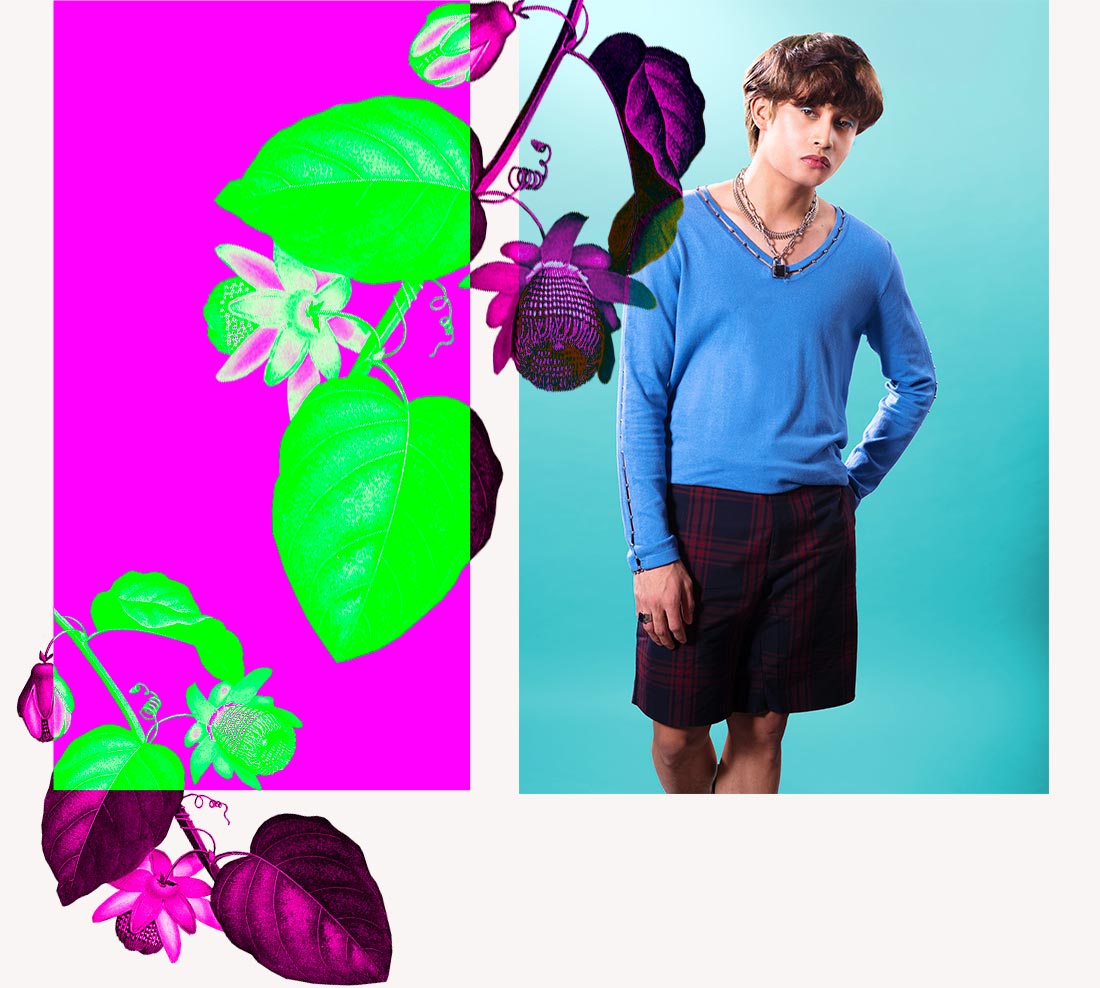 Despite this, of course, SB19 has their share of critics. The thing is, Sejun, Stell, Josh, Justin and Ken have a good support system behind them—and they’re well aware of it. There’s a bubble of admiration and love that surrounds the group and, as evidenced by the letters given to them, the boys have done quite a job at being a source of inspiration and a force of positive influence.

It’s a world that most of us will never understand and experience; SB19 is at a vantage point that majority will never get the opportunity to see from. And all this has created some sort of armor that says, “I can do this and I will keep doing this.” There are a million reasons and maybe a million people do it for, and it’s a genuine love—for music, for dance, for their fans and for Filipino talent—that drives it. 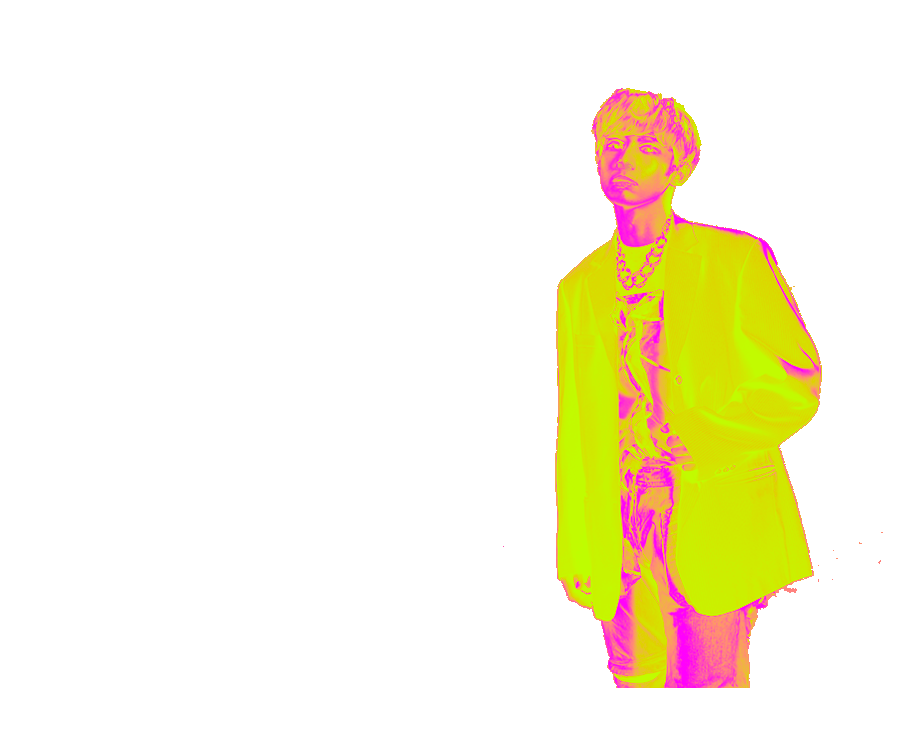 It’s this force, which gets stronger with every hour the boys spend in the studio and is fueled by every endearing comment on social media, that will get them to the bigger picture, the bigger goal. “[We] want to make history in the Philippines,” explains Josh. “[Na] hindi lang normal people yung maiinspire namin, pero yung mga performers din (We want not only normal people to be inspired by what we do, but performers as well).”

Sejun, Stell, Josh, Justin and Ken have their eyes on the world and they want the attention to fall into our direction. They’ve gained some traction for us and here’s to hoping everything is on an upwards trajectory. 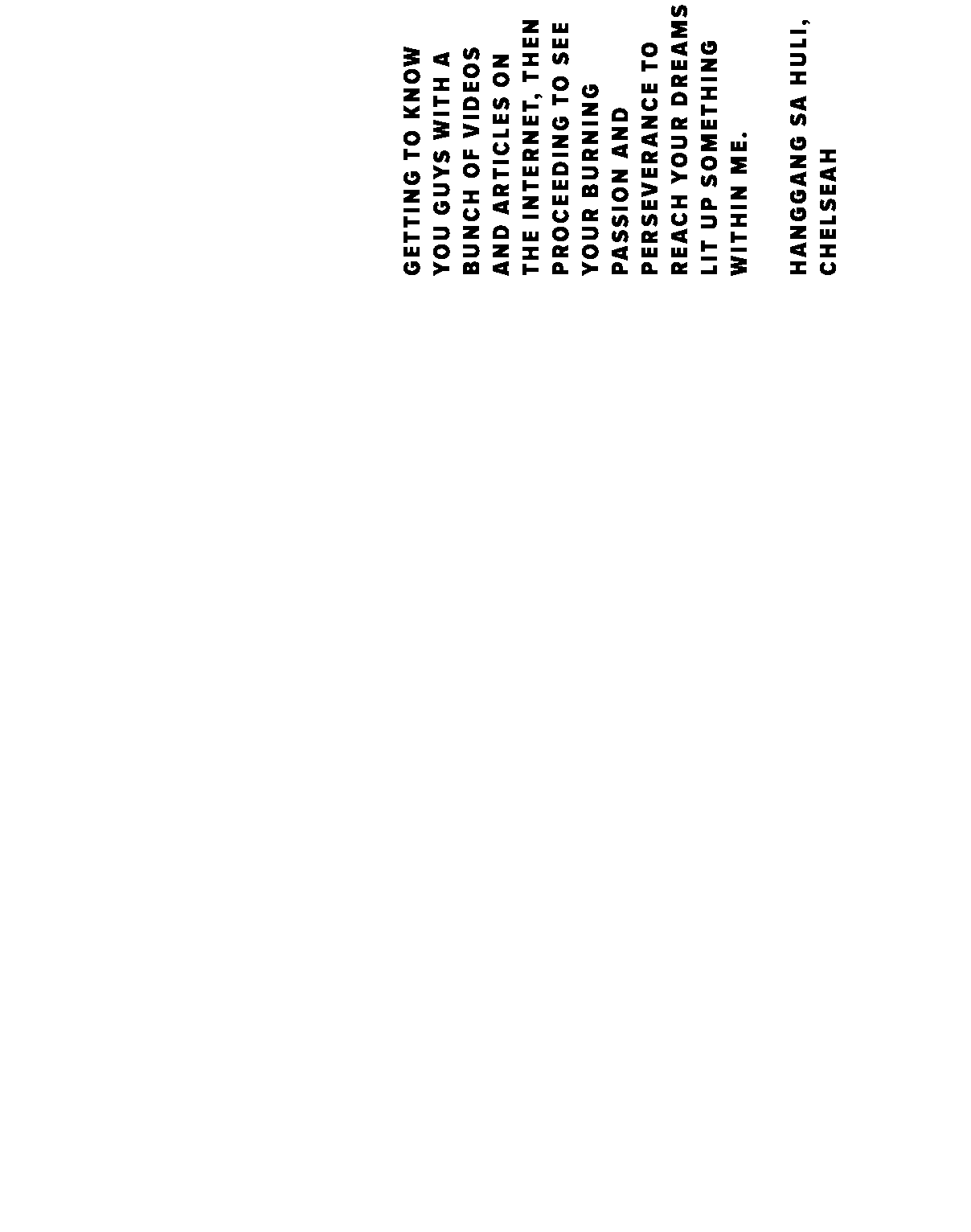 In a world essentially made borderless by internet, social media and an always-on culture, it gets difficult to draw the line between “ours” and “theirs” and between “influence” and “inspiration.” Perhaps the underlying solution is an understanding that things are allowed to be pieced together to create something new. It might look the same and feel the same—perhaps more one thing than the other—but it’s the soul and heart behind it that matters.

And with SB19, when the boys are given the opportunity to speak and talk about the things that they hold dear, it becomes so frighteningly obvious that they mean no harm nor disrespect. They’re doing their thing and taking bits and pieces from what they’ve fallen in love with to create something that’s theirs, and we’re not going to fight it anymore.

After all, don’t we all do the same?

Closet Cut-Down: 5 Questions to Ask When Attempting a Wardrobe Detox

Death by Subtweet: Frankie Pangilinan and Her Dream Meme Revolution

Reaching vs. Settling: Is My Competitive Flair Keeping Me Love-Averse?

Advice From A Nice Girl: Stop Being A Pushover