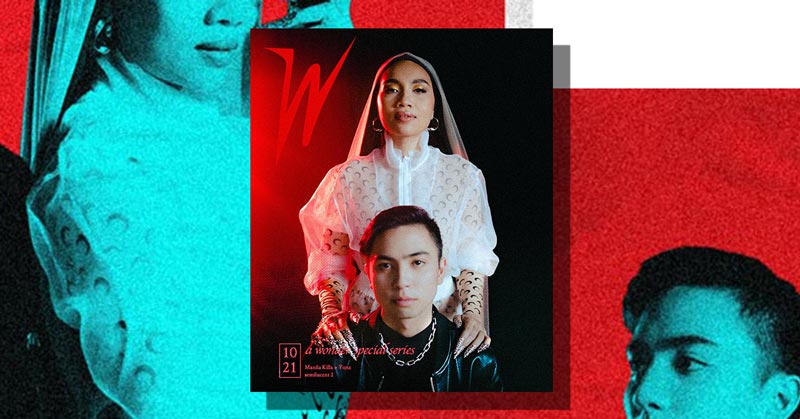 Looking back with DJ and producer, Manila Killa

“Those days are gone / The sun and the sea oh when you belong to me / It’s gone / We were young we were free it was only you and me,” croons Yuna over addictive beats and electric guitar riffs, beckoning the listener to embrace the yearning for the past. She and Manila Killa make a stellar collaboration in Reminisce, a cosmic and otherworldly track that has you reaching for the ghosts of your memories. The perfect close to semilucent 2.

Nostalgia plays a significant role in this track, from the retro-disco influences of funky guitar riffs to Yuna’s heartfelt lyrics. Much like its name, Reminisce offers the comfort of an old friend. It revives the warm and exciting feeling of joy as you look back to memorable nights and crave the thrill of enjoying them all over again.

Though for Chris Gavino (better known as Manila Killa), Reminisce also signifies another jump away from the box and a homecoming to his musical roots. While this DJ continues to make waves for his genius, high-energy remixes and songs, Manila Killa explores a new kind of sound and returns to the influences of house music for semilucent 2. Combining these with the emotions Yuna felt as she heard the demo, you get Reminisce. 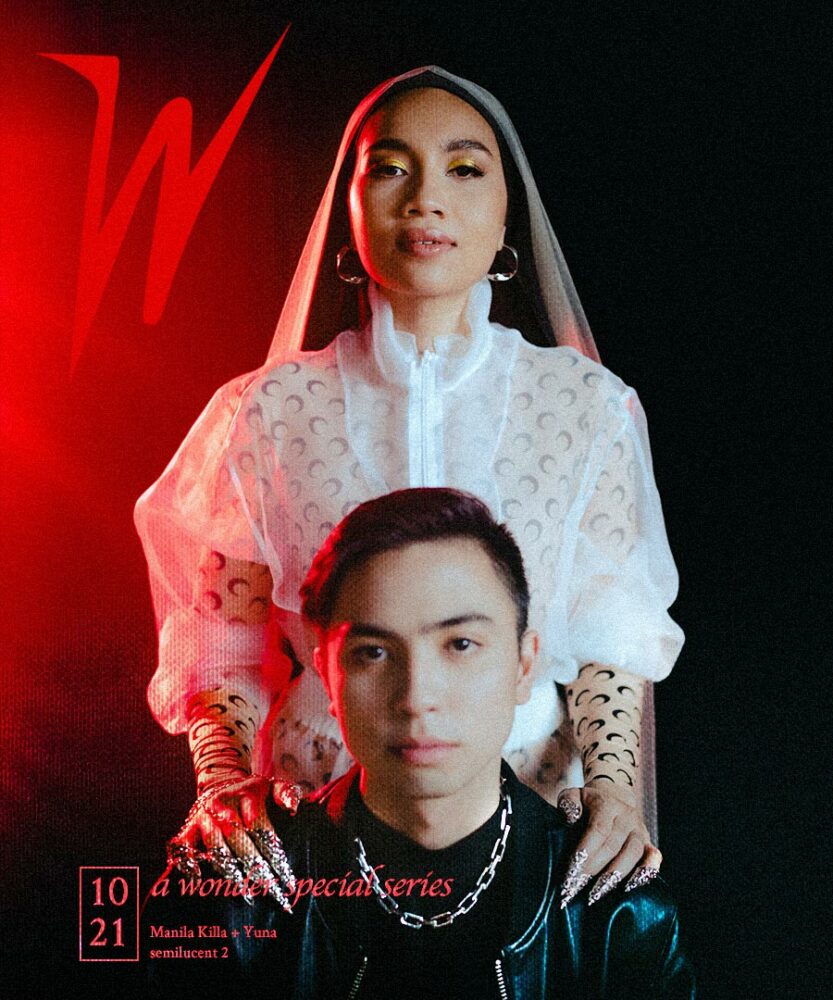 Up ahead, get to know Manila Killa as he looks back at his origin story, shares his experience working with Yuna for PARADISE RISING and talks about the freedom in exploration.

Wonder: What’s your music origin story? Is electronic dance the first genre you went for?

Manila Killa: I was always drawn to music ever since I can remember. My first distinct memory of being emotionally attached to a song was when I watched the music video for Daft Punk’s One More Time in the first grade. I didn’t know it yet, but that’s when I fell in love with dance music. After that, I discovered Linkin Park and was obsessed with rock and hip-hop throughout my adolescence. I re-discovered dance music through a friend while attending high school in the Philippines. Once I learned you could create entire songs on your laptop, my love for electronic dance music intensified, and the rest is history.

W: What was the defining moment of your life that pushed you to pursue music?

M: I always viewed making music as a hobby until 2014. A friend at the time showed me Dawn Golden’s All I Want, and I took my hand at remixing it. I never thought anything of it, and it sat on my hard drive for about half a year until another friend pushed me to release it. I hesitantly did, it blew up on Soundcloud, and then the record label Mad Decent signed it. They used it in one of their video recaps and that was the turning point in my life. I began to receive offers for shows and remixes—the ball just started rolling from there. It was a difficult journey because I was torn between focusing on school and going all-in with music. Luckily everything worked out—I graduated with a degree and immediately pursued a career in music.

W: Can you share with us your biggest musical influence?

M: It’s always difficult answering this question. I have many musical influences and inspirations which are constantly changing, but if I had to choose one, it would be Bon Iver. The feeling I get from his music is something I’m constantly trying to portray in my art and can be found in every song I’ve ever made.

W: How do you come up with your melodies? Can you give us a glimpse of your creative process?

M: It’s always different when I approach making a song, but usually, the first thing I get down is the direction and mood. I find I work best when I find something I can work off of—whether that be a vocal bit or a melody sample. Then, I’ll lay down some chords and work on the drums from there. My favorite part of the creative process is actually adding all the little bits and flourishes towards the end. That’s when it all really comes together.

W: Now that you’re going back on stage and doing shows again, can you tell us what you missed most about live performances?

M: The feeling I missed most about playing shows is playing a track that becomes someone’s new favorite song. Music is all about [the] discovery to me. It brings me so much joy to introduce people to either my own music or that of an artist I admire. Giving energy and receiving it while performing is seriously the best feeling ever.

W: Let’s talk about your track Reminisce. What was the inspiration behind the song’s instrumental?

M: It was around the summer of 2020, knee-deep in the pandemic. At that point, I was throwing anything and everything against the wall, hoping something would stick. Solely interacting with people and fans on my phone distorted my perception of reality in a way that [it] made me feel like nothing was real. It was a really tough time. Amidst all that, 88rising hit my team up, asking if we [could] to work together. With them being a label I respected and watched grow from the ground up, I was all in. I sent Yuna a couple of demos, literally anything I had lying around on my hard drive. She said she resonated a lot with this particular instrumental—pretty sure it didn’t have a name yet.

The driving force of the instrumental is this guitar sample I found, reminiscent of disco music from back in the day. I normally don’t work in that style of music. But I lived in a house of roommates who absolutely loved disco, so I gave it my best shot. My roommates and the nights out we shared before the pandemic was the main inspiration of the song. I think [Reminisce] captured that nostalgic feel really well. 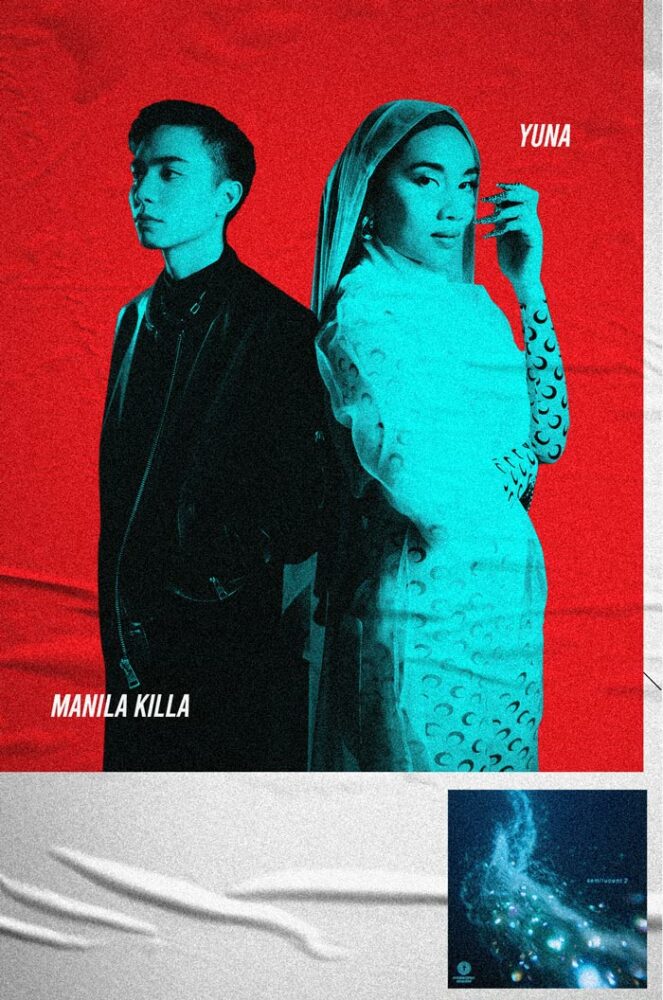 W: Reminisce is that kind of song that makes you just want to get up and dance. Is that your aim with the track?

M: Absolutely. For the past few years, I’ve kind of steered away from the emotional ballad-y type of electronic music I was so used to making. [So] I dove back into the kind of electronic music that captured my soul when I was younger—which was house music. There’s something beautiful about house music that’s almost primal—we’re programmed as humans to follow rhythms and consistency, and house music is the closest thing to that.

W: How’s the experience of collaborating with Yuna on your song?

M: As a fan of Yuna for many years, I was honestly star-struck and nervous right before our first Zoom call. I was preparing what I was going to say and dealing with the feelings of anxiety, but Yuna made me feel right at home. I can confidently say that she’s a pure soul and such a great collaborator. After our call, she went to work and sent me back an arrangement of what you hear in the final version of the song. From there, it was easy to figure out how to complete the track.

W: You mentioned that while working on Reminisce, you felt no pressure to create a specific type of music. How has this newfound freedom helped you and your art?

M: It’s freeing. I don’t feel like I’ve been put in a box. Everyone has supported all the different kinds of music I’ve made over the years but more so now, in the direction that I want to go in. Being stuck at home for several months helped me figure out exactly what I want to make and why. I’m chasing that feeling we all get after a good night out with friends, and I feel it all coming together now.

W: There’s no way to go but up after this. What do you see yourself doing in five years?

M: Hopefully still making music and performing. I don’t feel like my career has an end date yet, and I feel like I’m finally finding my footing in production and writing music. If this doesn’t work out by then, I’ll most likely be doing something in the creative world. Haven’t thought about it too much because I’m so focused on the present.

RELATED: Filipino Acts to Watch Out For this 2021

After the grounding realizations that come with isolation, Manila Killa is ready to run with his music.

Stream “Reminisce” and the rest of the semilucent 2 tracks on Spotify.