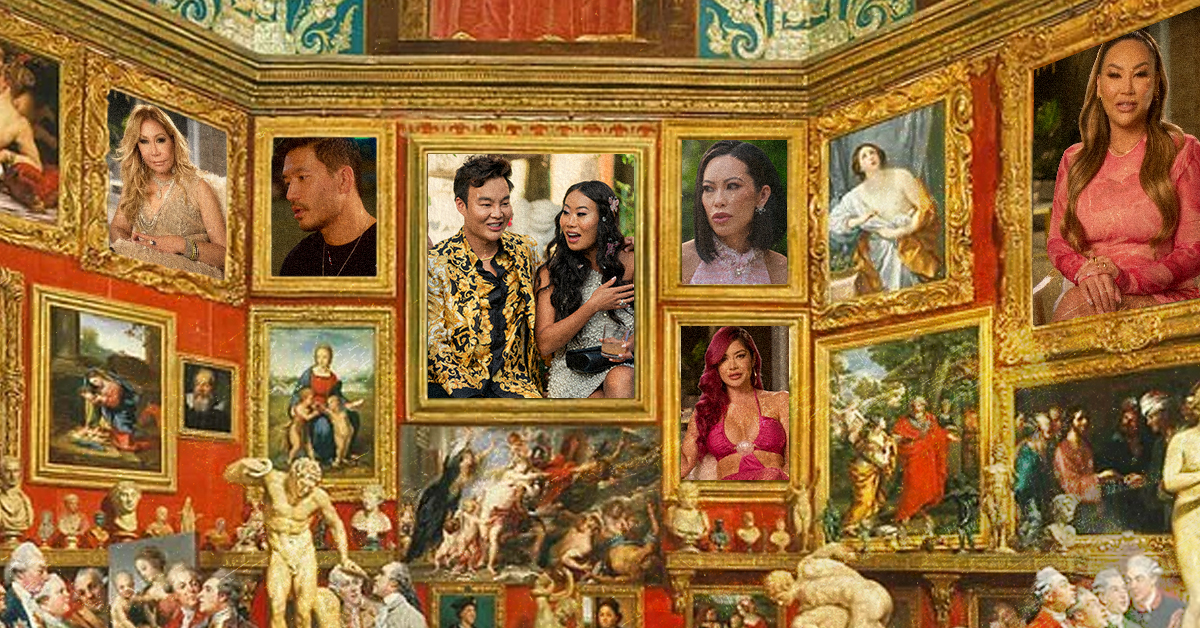 LA’s Crazy Rich Asians are back with their rich…drama

The world can’t seem to get enough of rich people’s lives, or so these reality shows prove. From The Real Housewives spinoffs to Keeping Up With The Kardashians, a peek into their expensive lives and first-world problems appear to formulate enough entertainment to many. For others, seeing affluent people in all their garb while solving their first-world problems takes their minds off their own issues. So it seems quite fitting that after the box office success of Crazy Rich Asians, a reality show following the lives of actual crazy rich Asians and Asian-Americans pops up on Netflix. Maybe that’s why Bling Empire became one of the top-watched titles on Netflix the month of its premiere.

Bling Empire follows the luxurious lives of seven affluent (self-made and old rich) Asians living in the heart of California. Christine Chiu, Kane Lim, Kim Lee, Jaime Xie, Anna Shay, Kelly Mi Li and Cherie Chan all come from different families and backgrounds. They shop, get themselves into trouble, and throw lavish parties while navigating the tricky but avoidable waters of drama throughout the show. However, the so-called outlier in the cast is Kevin Kreider, a Korean-American adoptee who grew up in a predominantly middle-class white family. In short, he brings forth a new perspective to the show, a supposed stand-in for the audience.

RELATED: Too Hot to Handle is the First Reality Show I’ve Enjoyed in God-Knows-How-Long

For the second season of Bling Empire, the cast returns with loads of diamonds, couture, alcohol and messes waiting to blow up in their faces. An added plus? Socialites Mimi Morris and Dorothy Wang join the second season, adding more spice to the already dramatic and decadent TV show. I’m halfway in, so let me list down the things you can expect from Bling Empire.

And not only Gucci, but more luxury name brands I can barely keep count. One of the most exciting things about Bling Empire is the copious amounts of fashion statements the cast members bring. Sure, we’ll be seeing more of Kevin paring down (sometimes a little too much). But knowing the rest of the cast, no one does the interviews in casual wear. No one appears in front of the camera without a full face. The parties, needless to say, are always extravagant, so expect the outfits to be excessive and opulent.

Anna’s and Christine’s diamond collections alone can outsell everyone. But another golden thing out of the show is the genuine-looking friendships the different characters forge.

Whether true or fabricated for the camera, watching all of them skirt around each issue is fun. We see Jaime come out of her bubble and make more meaningful connections with Anna. Kim and Kevin try to take their relationship to a whole new level. Kane offers Christine a shoulder to cry on despite his doubts. Meanwhile, Kelly finds a healthier relationship with herself—a massive step towards character development after her obstacles from the first season.

The spiciest plot driver for the rest of the season is, as expected, gossip. It even outshines the genuine relationships that got us hooked in the first place. The drama sure makes a case for an interesting watch. But the longer and shallower these disagreements go, the more I realize that I’d hate to be in that circle. From people digging through Cherie and Jesse’s past to the bubbling romance between Kim and Kevin, the abundance of rumors tears these relationships apart. Would you really air your friend’s dirty laundry in front of Paula Abdul, of all people, in the middle of a party? No, thank you. Goodbye.

But perhaps that’s what makes Bling Empire such an exciting watch. The show has us hooked with all the luxurious things always present in reality TV. There, too, is always a hint of romance and sexual tension, but it ultimately shows that even the wealthiest people in the world struggle to make meaningful relationships. And then you throw in the Asian-ness of it all into the mix; it’s finally like watching something familiar yet unfamiliar.

Take our advice. Chuck all worries and judgment out the window and watch (or hate-watch) the rest of the season for a gulp of fresh (but expensive) air. Hate it or love it, we all enjoy seeing things blow up and people successfully kill the fire.