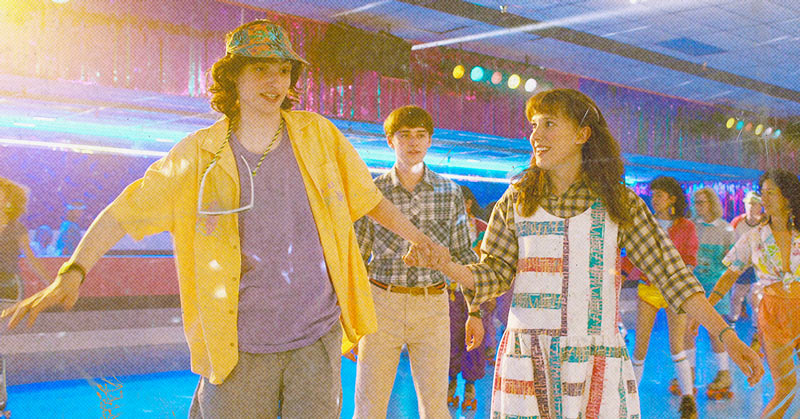 Get ready for the darkest season of “Stranger Things” yet

Back in 2019, Team Wonder wrote about how Stranger Things 3 reached the point of no return. It’s been months (but for us, three years) since The Battle of Starcourt, but it seems like a larger evil looms to threaten Hawkins. In all of its eerie goodness, the trailer leaves us with goosebumps, showing that the pop culture phenomenon will take a darker turn. (For better or for worse, we’re yet to see.)

With war threatening the entirety of Hawkins, they might have no choice but to join the fight. Journey’s Separate Ways (Worlds Apart) guides us through the first look, with the song building up to a crescendo—the background to a terrifying montage—demodogs, demobats and demogorgons included. Finally, we get a peek into this season’s greater evil, tragedies and a menacing Freddy Krueger-like villain, Vecna.

Noah Schnapp (who plays Will Byers) agrees that this season is the darkest yet in an exclusive press conference with Asian media. “I just watched the first two episodes—because they just sent us the first four. It shocked me how crazy and scary it is.” He adds, “Every season, whenever we do this presser, I always say, ‘It’s so much darker, so much bigger,’ and it’s the classic thing you say with Stranger Things. But this season, when I was watching it, I was terrified for some of the parts, so it’s definitely darker and scarier.”

Another reason why Stranger Things continues to be a phenomenal show and pop culture juggernaut is its perfect way of merging sci-fi and coming-of-age narratives. With middle school and high school students taking charge of their destiny, the cast seems to be invincible. But at the end of season three, we saw Eleven and the Byers moving to the other side of the country to gain some normalcy in their lives. They settle down in California, but shrugging off their shared past proves to be a struggle. Meanwhile, the remaining residents of Hawkins grapple with immense change and grief.

In the timeline, six months have passed since the incident at Starcourt. So aside from the heavy weight of the tragedy our heroes have to hold down, they’ll also go through another hurdle: starting high school. Gaten Matarazzo (who plays Dustin Henderson) explains, “Obviously, [it] is a very transitional time for us [kids]. Not only are we struggling in dealing with regular things like fitting in in a new social climate, but also trying to cope with everything that has gone on in the past six months.” With all these problems setting the pretense for what’s next, Matarazzo explains that “It’s really nice to see how it all unfolds through [the] classic, good ol’ [Stranger Things] storytelling and dialogue.

Earlier last year, Game of Thrones actor Joseph Quinn joined the cast as Eddie Munson. The actor lauds the writers when discussing assimilating Munson into an already large pool of characters. “The Duffers are brilliant in establishing all the [new] characters very, very quickly, and you kind of know who they are from the first scene,” shares Quinn. The actor even likens blending in with the recurring cast as being put into a dense soup broth while offering a new flavor to the dish.

As for his character, Joseph Quinn can only call him “very chaotic.” He even re-aligns with his broth metaphor as he teases, “He’s kind of like a [dash of] cayenne pepper in the [character] broth. A little bit spicy, a little bit ‘Do I want that in there?’ Yeah—divisive, I guess.” But to fully understand what he brings to the table, it looks like we’ll just have to wait.

Safe to say, Stranger Things season four might just be the biggest (and maybe even best) season yet. Bigger evils plan are to make their way and wreak havoc on Hawkins, and once again, it’s up to them to stop it. Sorry, El; it looks like you’ll have to fight for the best spring break ever.