It’s doable. Ingrid Chua aka The Bag Hag tells us everything we need to know

I have been traveling across the continent regularly for work for nearly a decade. When the spread of the Covid-19 virus halted international travel last March, frequent travelers like myself, as well as people working within the travel industry, felt helpless. It was a struggle not having any visibility.

Eight months later, the government deemed it was permissible to travel international again. The only issue was the acceptance of Filipino nationals into their destination country, as many international borders remain closed. France has not yet lifted the restrictions on non-essential travel and entry of citizens from countries other than the ones on their list is not allowed. And unfortunately, the Philippines is not on that list. The EU Commission, however, adopted certain exceptions for travelers to be allowed entry into their member states, including people with an essential need or function like “healthcare professionals, third-country nationals traveling for study, diplomats and people invited by international organizations, third-country nationals with a long stay talent visa ‘passeport talent,’ third-country nationals coming to France for medical treatment, and highly qualified third-country workers whose employment is necessary from an economic perspective when work cannot be postponed or performed abroad.”

I was one of the few issued a special travel entry permit by the Interior Ministry of France, and I prepared for travel weeks before I confirmed my flight date. I had to check the requirements of my destination country as well as the country where I was transiting to ensure a seamless, problem-free travel. I decided to fly Emirates and I would be transiting to Dubai for a few hours before continuing my journey to Paris. France requires a PCR test with a negative result, taken less than 72 hours before departure. Dubai requires a PCR test with a negative result that’s valid for 96 hours from the date of the test. The Department of Health in the Philippines has a list of accredited testing centers. Initially I planned on taking the test in a “state-of-the-art” hospital in the metropolis, but their below-par customer service turned me off. I chose to go to Singapore Diagnostics after they had been quick to reply to my queries. I scheduled my appointment with them via Viber, paid the P5,000 fee through bank transfer and was at their laboratory in Makati by 9AM. The swab test took all of 3 minutes and, though uncomfortable, it was an easy procedure. Plus points for the very friendly and accommodating staff! By 11PM that same day, my test result came out and it was already emailed to me. It was negative. I was cleared to fly!

“The Department of Health in the Philippines has a list of accredited testing centers…I chose to go to Singapore Diagnostics after they had been quick to reply to my queries.”

Before I left for the airport the next day, I made sure I had three printed copies of the PCR test result in case I get asked for them. Singapore Diagnostics was also kind enough to provide me with a separate certificate that confirmed my having taken the test with a negative result. I arrived at the airport three hours before departure, and the attending security staff asked to see my plane ticket as well as my negative PCR test. Once inside the terminal, I was pleasantly surprised to see that there were a good number of travelers flying out, too. Everyone wore face masks and face shields. Some travelers wore PPE suits as well.

At the airline check-in counter, I was asked to fill out a health declaration form, and personnel also asked to see my PCR test result. Make sure to ask them for the separate Bureau of Immigrations health declaration form on top of the departure card while you’re there. When I got to Immigration, a lot of travelers were already there and there was not a lot of social distancing happening. The atmosphere, though, was not of paranoia or fear but of excitement—most of the travelers were flying out to the Middle East to resume work. And like them, I felt fortunate and excited that I was able to travel again. Immigration personnel asked to see my PCR test result, as well as my travel documents. I was asked for my purpose of my travel and was also asked when my return date was before letting me pass through. There was a secondary checkpoint post-Immigration, but I think it was set up specifically to reconfirm the travel documents of overseas contract workers. The X-ray area was uneventful, though I noticed they no longer required passengers to remove shoes, thank goodness! Though our flight was delayed by 30 minutes, I boarded my flight without incident.

On the plane, there were only five people in my section, and there was proper distancing between passengers. I was initially afraid of flying again but, when I got to the plane and noticed all the hygiene and safety precautions taken, it allayed my fears. Flight attendants wore face masks and gloves throughout the flight. We were also each given a hygiene kit which contained face masks, rubber gloves, disposable towels and disinfectant gels on top of the usual toiletry kit. Pillows are now encased in plastic (they were not in the past). We were regularly instructed to keep our masks on throughout the flight, except when we eat of course. Food served throughout the flight was pre-packed and sealed. There was no point throughout the flight where I felt my health was compromised, even when I used the lavatory. I was comfortable, and it helped that the flight was smooth with no turbulence.

After nine hours, our flight landed in Dubai. Disembarking and entering the Dubai airport terminal was uneventful as well, and I noticed that the Duty-Free shops were cordoned off and shuttered. I went through security to get to my connecting flight, and standard procedures (pre-Covid) were observed. No one asked for my PCR test though. I entered the departure terminal and realized that while they did close off a section of the Duty-Free shops in another terminal, the others were open. There were significantly less travelers, but it was good to see that the terminal was not empty either. My connecting flight to Paris boarded two hours later. Airline personnel asked to see my PCR test, as well as my entry permit into France before I was allowed to board my flight. Similar procedures were observed on this flight and, seven hours later, we landed in Paris.

At the Charles de Gaulle airport, nothing seemed out of the ordinary as I walked towards Immigration. I had inserted all my papers (special entry permit, PCR test) into my passport and the immigration officer, finding everything in order, stamped it and let me through. I was finally back in Paris after eight long months of lockdown in the Philippines! As I was driven out of the airport and into the city, I felt a sense of relief wash over me. I knew that the city is currently on a second confinement-lockdown because of the alarming rise of Covid-19 infections again, but I was so happy to be finally back in the city I have come to call my second home. 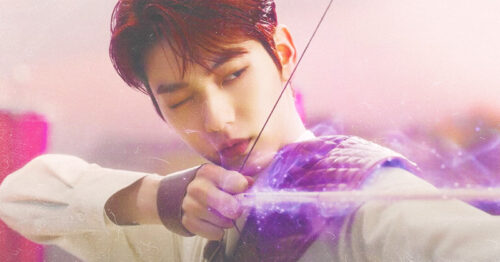 All You Need To Know About HYBE’s New Webtoons 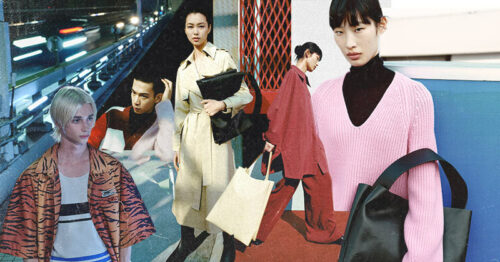 Wonder Wardrobe: The Fashion News to Know in January 2022

2022 Dating Trends for the Single and Coupled