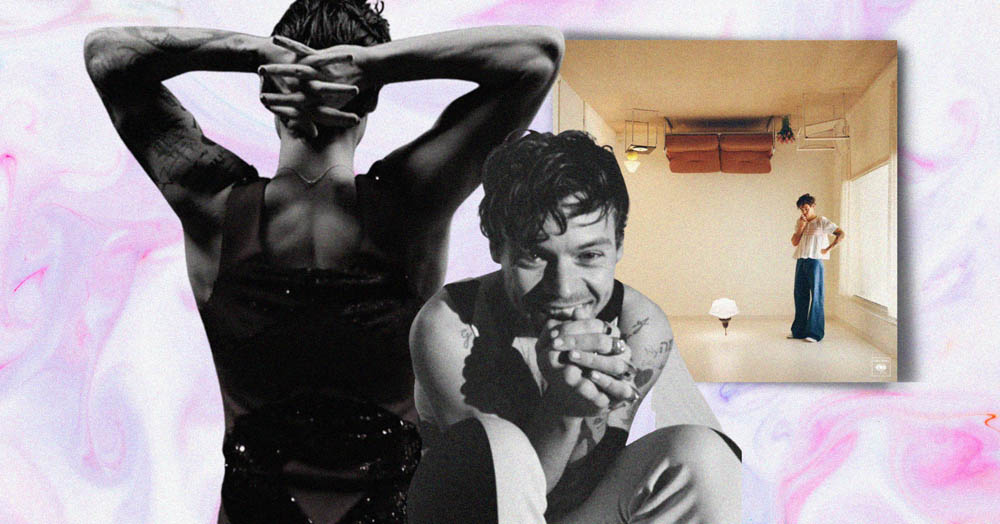 With “Harry’s House,” the singer-songwriter throws it back to the familiar

Escaping the clutches of the past proves challenging, especially when critics, naysayers and even fans remain stuck in a certain era. Such is the case for the members of One Direction, where, after years of flying solo, some struggle to make a more prominent mark than their yesteryears. Harry Styles, however? He’s moved forward, cut himself above the rest, and continues to pave the road towards immense success with his music. Heck, he’s even got a Grammy to prove it.

Harry Styles’ eponymous debut album clearly separates himself from his past, and Fine Line was a bold pop-rock record meant to shrug off those who forced him to stay where he was. But with Harry’s House, the singer-songwriter throws it back to the familiar, exploring sounds plucked straight out of early 2010s Tumblr music, mixing in with funk and a dash of folk. Here, he opens his abode for many to explore. As a result, the album proves to be pleasant for a passive listen and a body of work worthy of one’s full attention.

RELATED: A Chat with Johnny Orlando: Growing Up and Exploring New Ground

Harry’s House welcomes us into the foyer with the energetic Music For a Sushi Restaurant. Styles starts on a high note with a smooth, buttery bassline, rhythmic scatting and loud horns to adorn the multiple food references in the lyrics. The mood continues with Late Night Talking, with layered synths and warps reminiscent of Passion Pit. It’s the type of song that will have you scrolling through an ancient iPod, swiping clockwise and counterclockwise on its worn-out touchpad. An homage to simpler times. The album tapers down with Grapejuice, looking back on quaint little days spent with a bottle of wine. Styles sings the verses through a hazy filter, as fuzzy as the memories clouded by liquor. At this point, we’re looking back and sipping wine with the singer himself.

As It Was, the backdrop to many Instagram reels and TikToks showing off their days, comes right after. The 80s-type of track is easygoing and addictive but, lyrically, holds a more somber tone as Styles laments on change. It serves as the musical counterpart of observing photos on the walls of one’s home—childhood photos, graduation snaps and family portraits—before settling down in the living room. Daylight, with all of its 80s influences and wavy effects, shifts to a moodier rock track by the bridge. Nonetheless, Harry’s House also has its own fair share of ballads, such as the quieter Little Freak. What opens as a HONNE-esque lo-fi song tapers to soft acoustic guitar plucking, effectively leading us towards Styles’ winding thoughts. Matilda, a song performed purely over a guitar and piano, is one of the barest and most emotive songs on the album. It’s a shoulder to cry on, a space of solace for those trying to keep it together.

Styles further ventures into another piece of personal space: the bedroom. With Cinema, the mood of Harry’s House picks up yet again. The smooth and sensual song brings back the bass we enjoy earlier in the album, offering another feel-good instrumental meant to make us move. Daydream takes it up several notches as Harry Styles sings about infatuation and romance, so real it keeps you in your head. With soaring horns and his high notes accentuating the song, Harry Styles has you walking on sunshine.

But the most intimate late-night talks happen in the kitchen at night, where the soft atmosphere gets illuminated by a single warm light, maybe even the glow of the moonlight. Harry Styles bares more of his soul at this point. Satellite starts off as a quiet ballad before building up to a crescendo filled with electric guitars and intensive drums. Like a satellite orbiting the earth, he observes the object of his desires from a distance hoping that they pay attention to him. In Boyfriends, Styles adapts a third-person point of view of a relationship as he sings over a gentle guitar-led instrumental. He nitpicks and says it like it is—an admission and, perhaps, atonement for past faults, too.

Finally, Harry’s House bids its guests adieu with Love of My Life, a perfect midpoint to all the sounds he explores throughout the album. The soft sway of guitars, muffled beats and warped, almost psychedelic sound effects accompany Styles’ love letter to his home: England. Here, he shows us that Harry’s House exists wherever he is. It’s both safe and suffocating, close and unknown. As he continuously explores the world and finds someplace else to settle, Harry Styles finds other parts that build the rest of his personal space meant for musings and trances.

With instruments fully mingling with his voice, creating lullabies, anthems and soundtracks to scenarios, Harry Styles utilizes the concept of personal space to validate emotions often repressed. Harry’s House posits itself as a nicely decorated bubble that can witness the highest peaks and the lowest points of a person. He shows the world that he goes through the same ruminations as we do. While he remains elusive on social media, his music speaks to loyal fans and brand new listeners (such as myself). Perhaps this makes Harry Styles such a well-loved musician and why he continues reaching new heights.