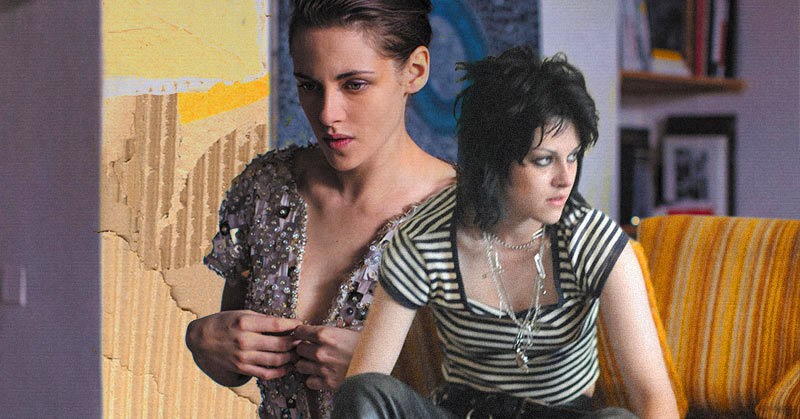 KStew’s always been a great actor; just look at these movies

After the skyrocketing success of the Twilight movies, AKA the movie franchise that gripped teenage girls of the late 2000s and early 2010s, many critics concluded that Kristen Stewart could not act. Newsflash: just because all five film adaptations of the popular YA book are terrible, even in retrospect, doesn’t mean that her acting is of the same quality. Many people box her in the franchise that brought her fame by default. In effect, audiences don’t give her another chance. Nonetheless, the constant attachment to the Twilight franchise didn’t stop her from experimenting. Even to the point that she starts questioning the trajectory of her career.

In an interview with The Sunday Times, the actress admitted that out of 45 to 50 movies, she “probably only made five really good films.” Even if the ratio is jaw-dropping, even in the eyes of a Type A perfectionist, one can’t help but understand where she’s coming from. After all, did you *really* grow in your craft if you didn’t cringe at your earlier work? Hers is just a little more extreme, I guess, but all part of an artist’s struggle.

The actress didn’t divulge the rest of the titles she deems exceptional. But Twilight memes aside, many movies from her rich filmography can fill in the remaining three slots. So we can’t help but trim the list down and attempt to figure them out. Here are a couple of Kristen Stewart’s best films that aren’t about vampires, wolves and vampires fighting wolves. If you made it to this point, these films are also ready to turn you into a KStew believer.

RELATED: The Entire Twilight Saga is Now Streaming on Netflix

Panic Room with Jodie Foster is the first title on this list, a movie that showcases Kristen’s raw acting prowess from her early years. Kristen’s role as Sarah is one for the books, especially for a film done at the tender age of eleven. In her video with Vanity Fair, the actor admitted that she broke a couple of blood vessels around her eyes while shooting her seizure scene for the film. But that’s just evidence of Kristen’s intense but earnest attempt to do justice to her role, which earned her a Young Artist Award nomination.

A coming-of-age film seems to be part of a career path for child-to-teen stars, and KStew was no exception. However, her role as Em in Adventureland appeared to be more than just that. Beyond her cool girl persona, she painted a harrowingly accurate picture of a girl who overenjoyed, made mistakes and saw these blow up in her face. Painfully relatable, 89% Rotten Tomatoes score duly deserved.

Out of the long list of films Kristen Stewart starred in, The Runaways is one underrated body of work. From the mannerisms to the electric spirit of Joan Jett, she wholly transforms in the dramatic retelling of the rise and fall of the 1970s all-girl rock band. She ultimately nails the chaotic energy, extreme drive and careless attitude—opposite of Bella Swan’s stale recklessness—much to Joan Jett’s approval. There’s not much to say but *chef’s kiss.*

RELATED: Rock Out to These 6 All-Girl Bands

Her debut with French director Oliver Assayas in Clouds of Sils Maria landed her a French Oscar: The César Award for Best Supporting Actress. Plus, she’s the first American actor to do so. In this film, Kristen Stewart plays Valentine, a personal assistant to high-profile actress Maria Enders (Juliette Binoche). Valentine becomes a witness to the woes of stardom while standing her own ground and offering a different kind of perspective. One that has you thinking about her even until the end of the film.

If you thought Clouds of Sils Maria was show-stopping, her second collaboration with Assayas is equally harrowing. Her performance as Maureen in Personal Shopper is nothing short of captivating. Of course, Kristen Stewart doesn’t shy away from thrillers. But this movie elevates not just the supernatural. Personal Shopper also shows the psychological effect of grief and the troubles that come along when another tragedy rocks Maureen’s career. This film is another landmark title in her filmography.

KStew’s 2020 queer holiday flick, Happiest Season, is one of her top-rated titles. It’d be easy to dismiss it as another cheesy, over-the-top romantic holiday movie with many cliches and slapstick fight scenes. Still, Happiest Season puts into perspective the real struggles of same-sex couples who aren’t entirely out of the closet. Predictability aside, Kristen Stewart’s performance as Abby in Happiest Season has you grinding your teeth and rooting for her in the best possible way.

Many people were skeptical of Kristen Stewart nailing the late Princess Diana in Spencer. Everyone expected a dramatic movie, almost The Crown-esque. But according to reviews, Kristen Stewart’s performance in Spencer defies and exceeds expectations. Her characterization of Lady Diana Spencer gives a peek into the behind-the-scenes horrors the princess experienced instead of an accurate play-by-play of her life. So while we wait for Spencer’s release on our side of the world, we’re tentatively counting this as one of her bests.

Which KStew movie do you think is her best? Let us know in the comments below.