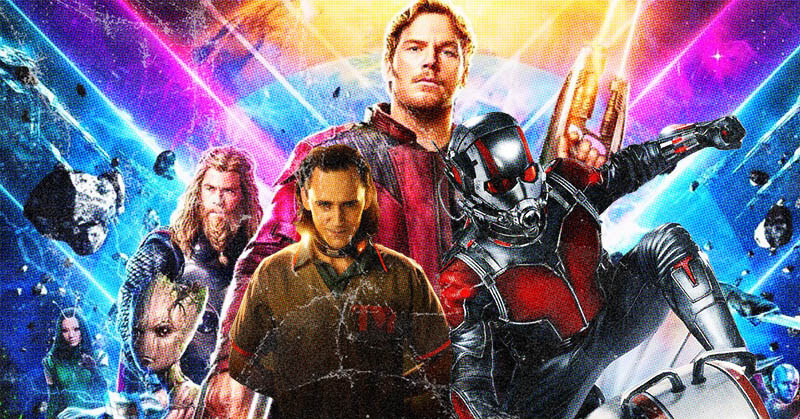 In With the Brand, Brand New: Buckle up for Marvel Phase Five

It’s official: Phase Four of the Marvel Cinematic Universe ends with Black Panther: Wakanda Forever, coming this November 11. The beautiful, goosebumps-inducing trailer features well-loved characters Ramonda (Angela Basset), Shuri (Letitia Wright) and Nakia (Lupita Nyong’o) soldering on sans their beloved T’Challa (Chadwick Boseman). Without clueing us in on the plot and who T’Challa’s successor is, Marvel and director Ryan Coogler effectively leave us wanting more. Add in Nigerian singer Tems’s emotive rendition of Bob Marley and the Wailers’ No Woman, No Cry that flawlessly bleeds into Kendrick Lamar’s Alright, we know that this is the blockbuster of the year. (Sorry, not sorry to Thor: Love and Thunder.)

Along with the release of the trailer to Black Panther: Wakanda Forever and She-Hulk: Attorney at Law, this last weekend was flush with news on what Marvel has in store for years to come—Phases Five and Six included. The world got its first dispatches from the annual San Diego Comic-Con.

We’ve Got Touches of the Old

In all honesty, MCU’s Phase Four is entirely different from the Marvel we had all learned to love in the past decade. Sure, we had seen touches of Thor and Loki in their respective movies and shows, but no one has seen more than three Avengers together since Avengers: End Game. For MCU Phase Five, it looks like the same thing goes: more on their individual stories and less on banding together (sans the different easter eggs). Not to mention the hurdles posed by producing shows and movies in the middle of a global pandemic, it seems like Marvel needed to rework their calendars.

But, if anything, we’re seeing a lot more of our favorite superheroes for MCU’s next phase. It kicks off with Ant-Man and the Wasp: Quantumania, bringing back Paul Rudd’s lovable Scott Lang. After saving the universe—totally not through the NSFW way, mind you—Scott Lang has a podcast. Will the host’s show need to take a break for this movie to battle another villain? We’ll see.

More good news for OG Avengers fans, we’ll be seeing more of the older superheroes and morally confusing supervillains. Peter Quill and company will hit the theatres with Guardians of the Galaxy Volume 3, while we’ll see more of Sam Wilson in Captain America: New World Order. On the side of Disney+, we’ll finally see what happens after the cliffhanger that is Loki’s first season.

And In with the Brand, Brand New

But aside from seeing familiar faces, we’ll also get to know more about new characters, specifically the ones we’ve met only a few times. Captain Marvel (Brie Larson) will get its sequel with The Marvels, featuring Carol Danvers’s first meeting with Kamala Khan’s Ms. Marvel. Meanwhile, the Blade reboot features Mahershala Ali as the titular character, which also serves as a sequel to The Eternals. Phase Five ends with Thunderbolts, a ragtag group of reformed supervillains we’ll see more often in Marvel post-credits.

On the side of Disney+, minor characters will get their own time in the spotlight with upcoming TV shows and spin-offs. Anticipate seeing (and knowing) more of WandaVision villain Agatha Harkness (Kathryn Vaughn), Maya Lopez’s Echo (Alaqua Cox), Matt Murdock’s Daredevil (Charlie Cox) and Riri Williams’s Ironheart (Dominique Thorne).

The Buzz on Phase Six

Not much has been said about the MCU’s phase six, but the news makes us a little bit excited. Reports say that it will start with a Fantastic Four reboot. After three attempts and a cameo in Doctor Strange and the Multiverse of Madness, we can’t help but think if the MCU will finally stick the landing for this title. Will John Krasinski be part of it? Only time will tell.

The only other thing we know about Phase Six is that this part of the Marvel Cinematic Universe will also end in a two-part film series. So yes, we’re talking about the Infinity War-Endgame pipeline.

Without further adieu, here’s the entire list of the MCU phase five:

RELATED: Who Will Win? Pinoy Superheroes vs. DC/Marvel Villains

What MCU title are you most excited to see? Let us know in the comments below!