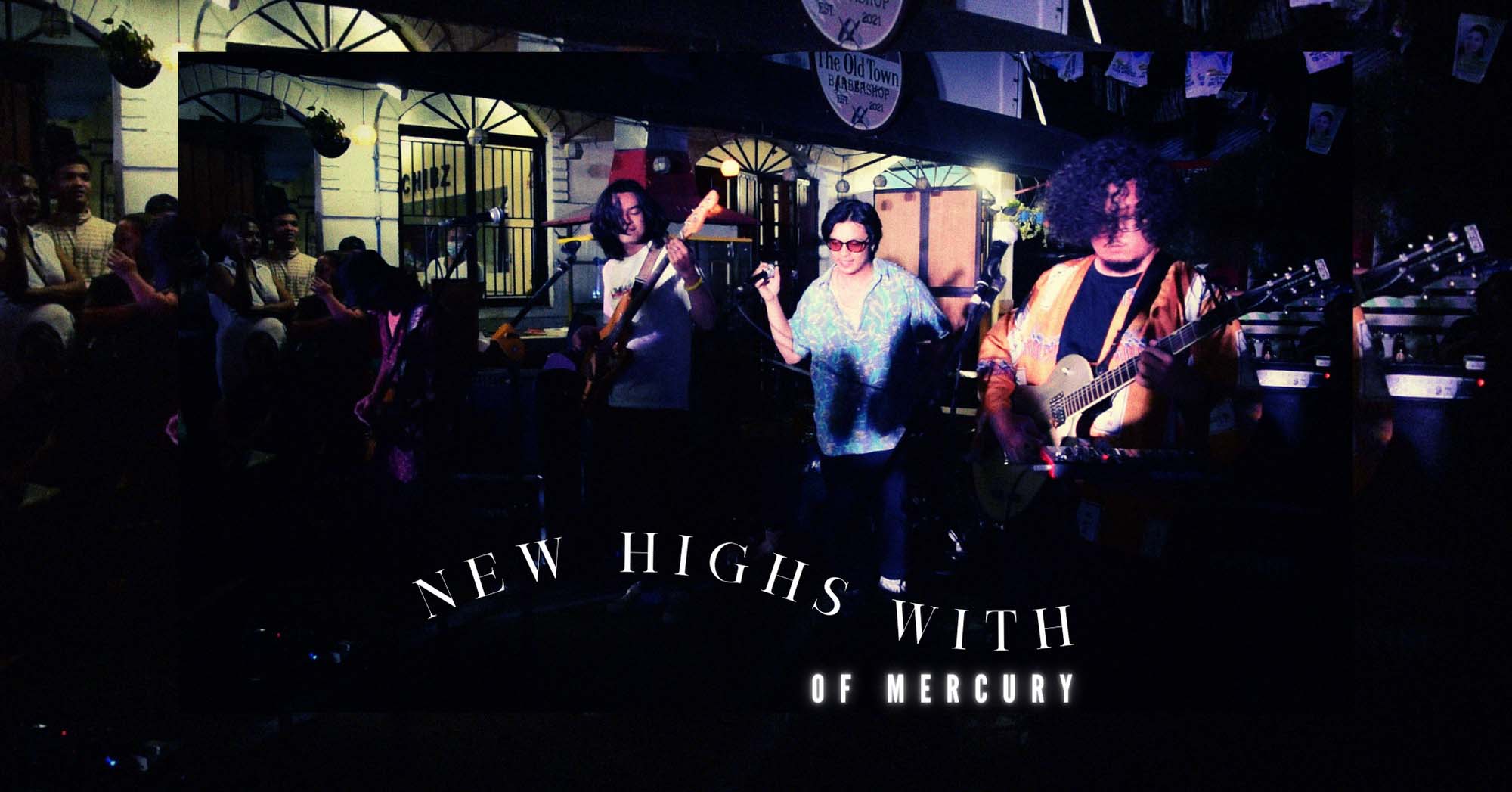 Plus, the three-piece band celebrated their new milestones in the streets of Intramuros, Manila

Each win deserves a celebration, a moment to recognize all efforts needed to reach the end of a new chapter. Or perhaps, it’s a gathering to jump-start a brand new era. For the genre-blending three-piece band of Mercury (formerly Nathan & Mercury), they celebrate New Highs (pun intended) with a pop-up skate and live gig in Chibz Restobar, Intramuros, Manila. The affair is in line with the visuals of their recent release, New Highs, in collaboration with Crazy Donkey. In attendance were some members of the press and their close friends. Rising acts Zelijah and Young Cocoa also opened for the band, making it a night to remember. 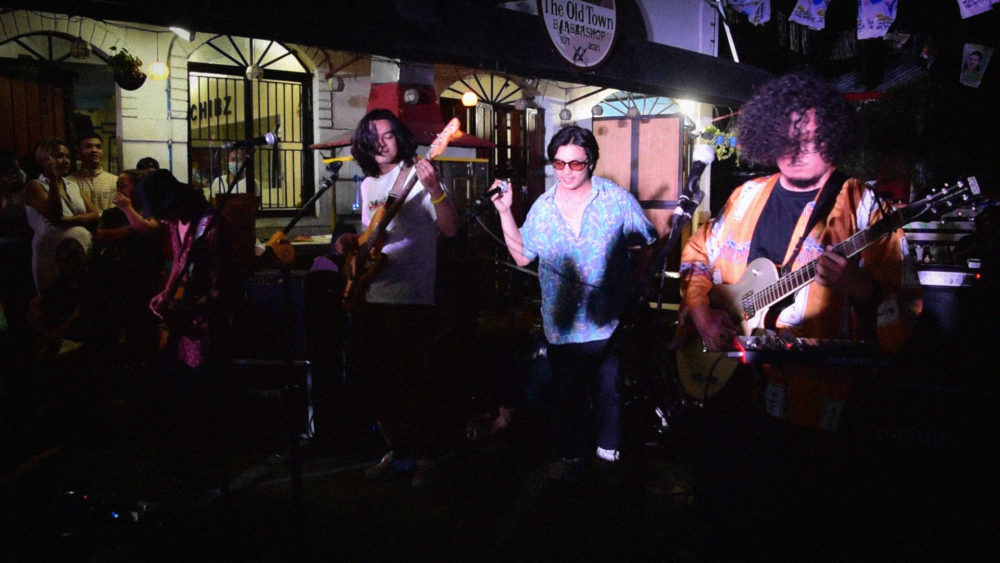 of Mercury originally started as Nathan & Mercury. Soon, they garnered popularity for their tracks, including the emotional ballad Fools, which appeared in Gaya Sa Pelikula. But as the world closed down due to the pandemic, the band reevaluated their vision. So last October, they renamed themselves “of Mercury,” coinciding with the release of CHANGIN’ Vol 1. After opening this new chapter, the band is ready to conquer new ground with some sonic exploration.

The band kicked off 2022 with the release of New Highs, a palpable dance collaboration with Chinese breakthrough producer Crazy Donkey. This high-energy dance track proves to be their most different track to date, as an EDM song punctuates their earthy and instrumental-led discography. Yet, the band shows that they have more tricks up their sleeve with the release of CHANGIN’ Vol. 2. The three-track compilation consists of new creations that differ in style, sound and message.

For CHANGIN’ Vol. 2, of Mercury brings more bops bound to get stuck in your head. The tracks feel like a gulp of an ice-cold beverage on a hot day, perfect for any summer party or a chill day out. STRESSES is a soulful electronic pop song led by rhythmic piano chords and palpable 808s. It pushes you to let go with its addictive instrumental break, following the lyrics’ lead in taking it slow and letting the rhythm flow. Meanwhile, of Mercury provides a smooth but funky bop with ENERGY. The band sings about change and the frustration of hoping to enact it in a rigid system.

RELATED: Getting Up Close and Personal With the Globe GoJAM On Stage Talent Search Finalists

However, the standout (and a personal favorite) is the funky CHOLULA (Cut You Loose). Reminiscent of Pharell Williams, the buttery instrumental, old-school hiphop bars and electronic influences prove to be a perfect palate cleanser and closing track. But if you listen to the lyrics, of Mercury also talks about freeing themselves from a person—or something—that’s holding them back. And don’t we all know that feeling too well?

In a roundtable with the media, Nathan Huang says to “expect the unexpected” for this release. To which, upon the first listen alone, proves true. According to Huang, what sets CHANGIN’ Vol. 2 from the rest of their discography is the experimental sound they just explored. He explains, “From Swing to Rumors to Fools, even to Fake Love and Fools (Reprise), it’s always been very much guitar and band-centric. So right now, to have a still band setting while leaning towards electronic music, hip-hop and R&B, it’s actually been crazy.”

CHANGIN’ Vol. 1 may have set the stage for some experimentation, such as trading some vocal chops for mic-drop-worthy bars. But CHANGIN’ Vol. 2 shows a refreshing and further exploration of their varied tastes. It’s a sonic cocktail that beckons you to get lost in their different worlds and perspectives. It’s a brand new side to of Mercury, one we hope to see more of in the future.

RELATED: Paolo Sandejas’ New Single ‘Hide & Seek’ Is About Finally Finding The One