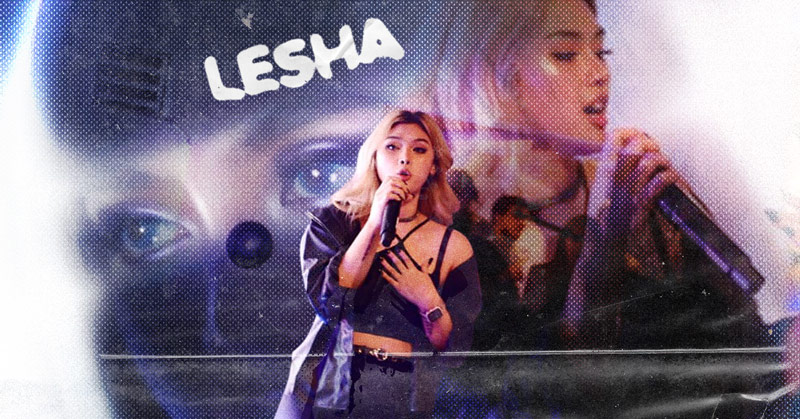 The singer, songwriter and producer finds a new home in Careless Music

For many an artist, signing with a new record label marks a brand new era. It’s a fresh start, another beginning to see where the universe and their work leads them. After a 2018 EP called Two Faced and a list of singles under her belt, independent singer, songwriter, producer and content creator Lesha Litonjua, starts anew with Careless Music. Lesha officially sealed the deal in an exclusive press conference and launch event held in the new Careless Complex in Poblacion, Makati. Together with CEO Jeffrey Oh and Chairman James Reid, the artist signed her contract in front of the members of the press and her closest circle.

“This is really a surreal moment,” shares Lesha. The singer recounts: “I remember just manifesting this moment. In the past, I was like, ‘I wonder when I’ll be able to find my home in the music industry,’ and I found it.” Indeed, it is a wondrous thing how the universe works, when quiet wishes gradually become realities right before our eyes.

RELATED: Massiah Celebrates His Heritage In His Debut Album, “Lahi”

In an exclusive interview with Wonder, Lesha owes the opportunity of meeting Careless to DJ Arthur Tan, with who she collaborated with for I Need U back in 2021. After virtually working on the track together, Tan invited Lesha to lunch “with his friend, James,” only to be surprised that it was actually James Reid joining them. But on his end, Reid already decided to have Lesha sign with them before they even met. “The first time I heard of Lesha was during her collaboration with Arthur [Tan]. It’s like a dance track [called I Need U], so there wasn’t really much happening. But [Arthur Tan] was like ‘Bro, you really gotta check out Lesha,’” recounts Reid. “I remember listening to Twin Flames; that one I really loved. I think, actually, that was the only song I listened to before saying, ‘Yo dude, let’s do it.’”

The multihyphenate kicks off her new journey on a high note by releasing 3:33. Inspired by another set of angel numbers, the song sustains Lesha’s thematic tracks that touch on astrology, such as SUN MOON RISING, KARMA and Eleven:Eleven. 3:33 serves as an empowering anthem that can bring you to cosmic heights through soaring synths, booming beats and crawling distortions. As she proclaims, “Nobody around me / You can never own me,” Lesha transports listeners to a different realm. The track reverberates throughout one’s being, letting you feel her raw energy and immense feelings of determination throughout the song with her unique take on electropop.

RELATED: “The Devil”: What It Means To Find It In Your Tarot Readings

Lesha’s debut song holds deep significance to the singer. She divulges, “[3:33 is] actually one of the three tracks out of the entire album I’m releasing that is fully produced by me. So, there are only three tracks that are all by me, and 3:33 is the next one in line.” However, the song has a deeper meaning to the singer. She adds, “It’s a very special song to me because—I might sound weird, but—I tend to predict things in my life. Like, I predict situations in my life. So I wanted to write a song about that since it’s a huge part of myself. It’s a very self-empowering song as well. It’s about taking control of your life, your path and just trusting the universe will give you whatever it’s supposed to give you.”

Lesha’s upcoming album is on the horizon, with 3:33 as part of the lineup. In the far future, the singer is also optimistic about exploring new genres, such as the delicate mix of jazz and pop, ala Marian Hill. Based on our short chat with both Lesha and James Reid, it’s evident that her future with the label looks bright, especially with the help of the Careless Music support system and their environment that values artistry. We can’t wait to see what else is in store for her.

RELATED: Ylona Garcia “Grateful” For Her Journey As An Artist

Listen to Lesha’s 3:33 on all streaming platforms.