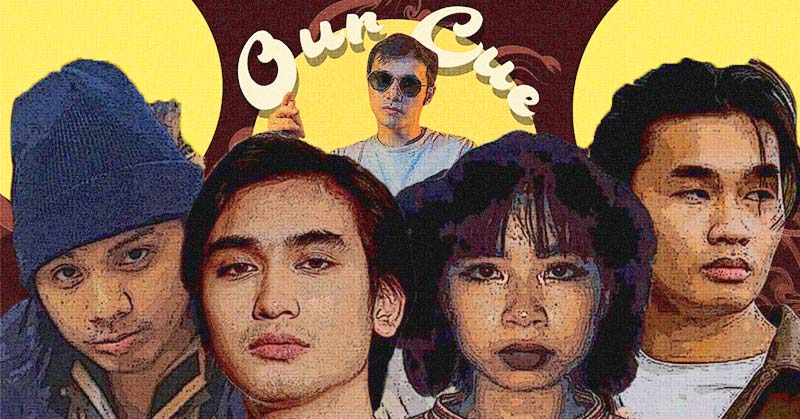 The Our Cue Vol. 2 Benefit Concert Was The Gig We All Needed

Celebrating music in its best form and for a good cause

As we approach another year in pandemonium, we’re preparing to lock ourselves back indoors due to Enhanced Community Quarantine. The light at the end of the tunnel has dimmed, especially for those who are preparing to bounce back right after the pandemic. The feeling of sipping cold drinks and jiving to the band playing on stage seems like a distant memory, especially seeing how the pandemic has affected our favorite spots and places. At least we have virtual concerts to get us through.

RELATED: How to (Remotely) Record a Single According to Mimiyuuuh & OC Records

Earlier this year we talked about how O/C Records’ Odd Creatures Our Cue was the concert that filled the void left by IRL gigs. Safe to say that its follow-up, Our Cue Vol. 2 did the same. The setup this time was a Zoom call of less than a hundred people which made it a more intimate event. Our Cue Vol. 2 was also a benefit concert meant to raise funds to provide COVID-19 kits to the Philippine Navy in Ilocos.

The benefit concert was a celebration of art and self-expression. It was a gathering for the tired, wired, angry, heartbroken, in love or those looking to cap the week off with a ton of good music. After all, music in its best form is when it’s performed live. The crowd singing along adds to the experience.

The first half of the show featured the top five finalists of O/C Records’ talent search called The Next Odd Creature. The label has been looking for new talent to join its eclectic roster of artists. It seems like all five singers have stellar talent that it might be hard to crown only one.

The first one up was the R&B singer Ardee with his song Mood, whose soulful voice combined with lovelorn lyrics puts him up there with Jason Dhakal and Sam Smith. Up next was Kobe Silvestre, a folk-rock singer who performed an acoustic set. His song, Ambulansya, was a social commentary laced with hard truths we needed to face. Following right after is Darwin Navarro, whose introduction over his strumming tried to prepare you for the heart-wrenching lyrics of Kahit Na Mali. (Spoiler alert: it hurt all the same.) Kheed Mendoza then took over, telling her late father’s story through Piso. Closing their part of the show is EMN98, whose haunting vocals match the yearning in each lyric of Hulog.

The latter half of the show was dedicated to the rest of the roster of Odd Creatures starting with Gilyan Saludes and his song My Favorite Movie, giving the entire audience the best kilig feeling we rarely get these days. Pappel took the stage right after, armed with her acoustic guitar and voice to deliver a gentler and even haunting version of IV of Spade’s Mundo. Martin Riggs, one of the mainstays in Philippine busking, sang Damaso. It was a song with a timely message about a thing called respect and the country’s sovereignty.

Kean Cipriano, Callalily frontman and O/C Records’ CEO, also took the stage that night, He performed a few singles off his newest solo album Childlike, such as Eye Contact, Later When I’m Drunk, Sa Ibang Mundo and Make Me Fly. But everyone was in for a surprise when he added Callalily classics to his set: Susundan and Magbalik. It was the perfect balance of new tunes and nostalgia for a sentimental night. Especially as he talked about how the pandemic affected musicians and was glad that the digital world was able to bring people together nonetheless.

Closing the show is O/C Records’ Adie, whose stories of love hit too close to home. He debuted with the first live performance of Dungaw, a painful anthem about holding onto a great love. But he sent off the audience in lighter spirits as he finished his set with Paraluman. Everyone was lulled into the headspace and rush of being in love through his voice.

Our Cue Vol. 2 spanned for more or less four hours and was worth every minute. Our legs might not have ached from all the standing nor did we consume one-too-many drinks that made us sweat through our shirts, but the friendly banter between the audience and the artists, and the crowd cheering and singing along made the experience better. We were able to celebrate music in its best form, even through tiny little Zoom tiles. It was a welcome break amid the insanity.

Hopefully, though, we get to rock out together in real life soon.