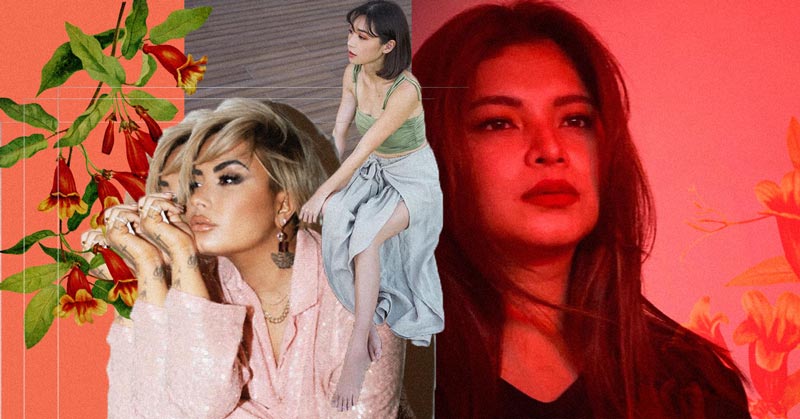 These people get real: shedding all edits, filters and pretenses

The struggle to love my body for all that it is (and the fact that I wasn’t as driven as others to lose weight) was hard, especially since I spend most of my time online. Social media plays a role in warping your notion of your own body image. There was always this pressure to look a certain way, all the more when you grow up in an era where the internet’s obsession was on the unattainable: thigh gaps, tiny waists and other impossible beauty standards. You get the picture.

In an article, Insider broke down how social media usage affects our perception of ourselves. If we’re constantly surrounded by social media posts projecting the “idealized” body, then it’s more likely for it to negatively impact our image of ourselves. It’s in the simple things, like face-sculpting filters and fitspo accounts to “motivate” us. In the same turn, “body positive” content would have a positive effect on you and the way you view your body.

Thankfully, there are personalities shattering the unrealistic standards of what we’re supposed to look like. These individuals, slowly but surely, are becoming more candid about their own struggles with their body, as well as the pressure social media puts on them. You’d think that the picture perfect celebrity would have it all, right? No struggles, no pain, no battles to fight and no insecurities.

But they’re coming forward and telling us that there’s more than meets the eye. They’re recognizing how social media can help, to an extent, while also telling us of its unspoken power. Perhaps they can teach us a thing or two about dealing with our own journey towards loving oneself and the pressure to put up a front that we have it all together.

RELATED: These Women Are Teaching Me to Love My Pear-Shaped Body

One of the pioneer fashion bloggers of the Philippines, Kryz Uy, sat down in her most recent vlog to talk about her journey with body image, Photoshop and her first salvo into fashion blogging with the site Lookbook (wow, talk about core memory unlocked!) Even someone content with how she looked was pressured into looking a different way because of unrealistically edited photos. She was brave to revisit these and talk about her own discoveries about herself. In the video, she also narrates her journey to self-acceptance. There’s really more than what we see on the internet—and we shouldn’t beat ourselves up if we don’t look like we have it as good as the people we look up to.

The OG Darna of our childhoods also experienced the unrelenting criticism of social media. When she returned to TV after a short hiatus, people took to the internet to discuss her weight gain. In a televised interview, she admits that there are times where she gets annoyed when people think that her body is their business. But instead of engaging, she decides to look the other way and give them time. Angel’s protecting her own peace, refusing to listen to anyone about her body.

The Kardashian sister opens up about her relationship with her body image in an Instagram post. After flexing her body, raw, unedited and unretouched, she proceeds to talk about how she’s been subjected to unrealistic standards herself. Always damned if you’re trying to show a side you want others to see and damned if you’re being real and unashamed; can she ever win? But now Khloé’s taking control over what how she presents herself because it makes her feel good. She’s no longer fitting herself in the mold the public carved out for her; a strong statement in an age and time where her actions are being picked apart by everyone.

Yes, not even males are spared from the Internet’s scrutiny. Jonah Hill claps back at the story implying that there’s something wrong with a human enjoying their time at the beach. You know, no shirt and all. He teaches us that the self-love journey is a long process with or without a revenge body. But once he’s reached a point where he’s embraced his own self, he’s paying it forward and being a model for those kids who are in the same place.

Demi has always been vocal and candid about their experience with their body image and living with an eating disorder. While they’re an advocate for body positivity and mental health, they admit they used to have their own insecurities. In an Instagram post, Demi admits that there are bad days and good days when they talk about their relationship with their body. The process of accepting ourselves isn’t necessarily linear and falling back into the pattern does not make you a failure. What’s important is you’re actively trying, day in and day out.

Recently, Demi also released Dancing With The Devil, a four-part documentary narrating their struggles with mental illness and substance abuse that they kept hidden away from the public.

In the trailer for her documentary, Odd One Out, the former Little Mix opens up about the effects of the online abuse she received from strangers from the internet as she jump-started her career. Jesy’s come a long way, from obsessing about what people say about her to learning to pay them no mind. From hating her old self, she started her self-love journey. Now, the only person Jesy is seeking approval from is herself. “Now when I look in the mirror, I don’t see Jesy the fat one.” She says. “I see Jesy the happy one.”

RELATED: Loving My Body Is Something I Never Thought Would Happen in Lockdown

With social media having been ingrained in our lives for so long, we’ve slowly come to discover we can make these platforms work in our favor. Curate your feeds, follow people whose content makes you feel inspired and invigorated instead of insecure and pressured.

I’m not going to lie, this is easier said than done. The road to confidence and self-love is not a singular path. We’ve got good days and days that feel like we don’t exactly feel ourselves. It’s okay, it’s normal. But as long as you’re trying to start doing things for your own approval, you’re on the right track.