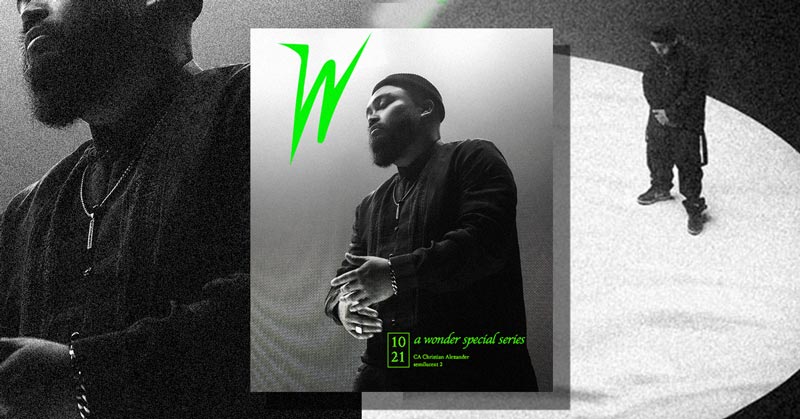 “Since I’ve sent that email [to 88rising], I’ve been through a lot, and those trials and tribulations have taught me that the journey is better than the destination”—CA Christian Alexander

Filipino American History Month is upon us, and we’re shifting our gaze to New York-born-and-raised Filipino American rapper-songwriter Christian Alexander Bonoan AKA CA Christian Alexander. The 29-year-old believes that “we’re in the middle of a Filipino Renaissance across different industries,” and he’s rising up, representing the country as part of PARADISE RISING’s new breed of emerging Asian acts for semilucent 2.

CA Christian Alexander recorded Black Hearts, his first-ever collaboration with Curtismith, during the pandemic, way before he moved to Manila. The trap RnB single displays a darker side of paradise, portraying how cold relationships can be—how “[a person] chooses a certain lifestyle and vices over something that involves intimacy or catching feelings.”

CA Christian Alexander definitely manifested his reality, sending 88rising founder Sean Miyashiro his music via email way back in 2017; it’s the “law of attraction,” he points out. Now, the artist is fully embracing his roots and hopes to push Filipino talent forward on a global scale.

In an exclusive Wonder feature, the Filipino American rapper-songwriter opens up about championing Filipino talent all over and the collaboration that was years in the making. 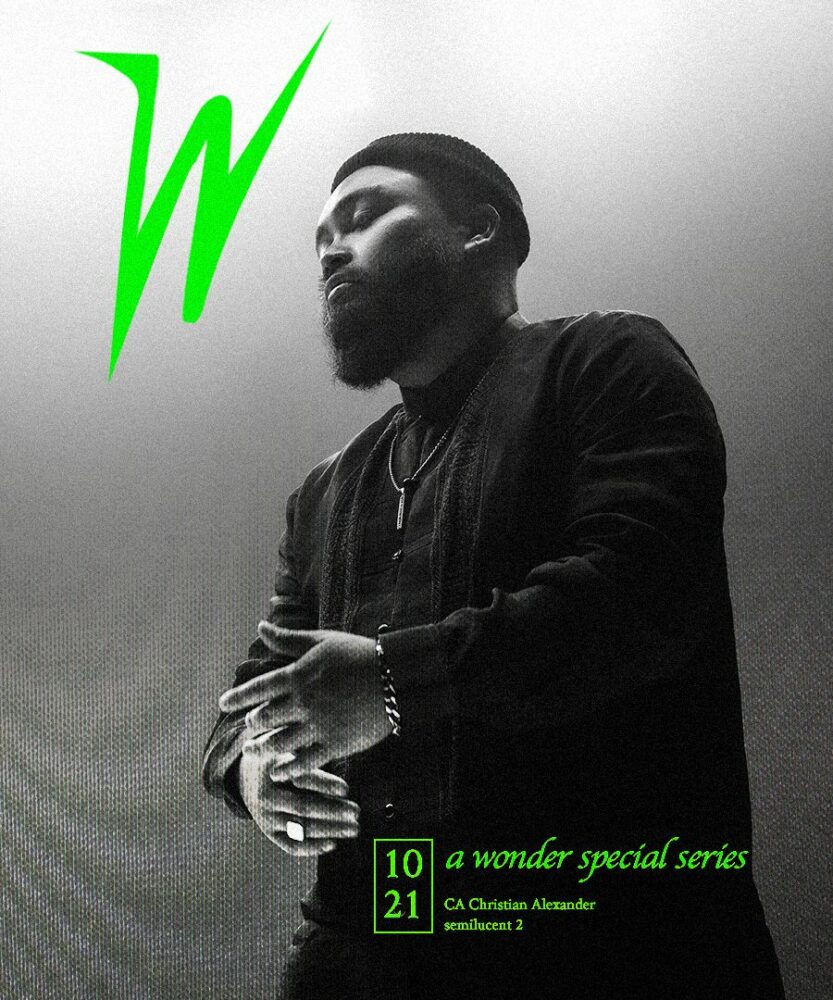 Wonder: How did this thrilling collaboration for PARADISE RISING come about? Did you both get to choose your partner for the single?

CA Christian Alexander: Curtismith and I are actually related, and he played a big part in convincing me to move to the Philippines in 2018. I saw what he was building over here, and he introduced me to a scene that I wanted to be a part of in terms of bridging the gap worldwide.

That said, Black Hearts is our first collaboration ever…and trust me, we were trying for years. That’s just how the universe works though, things happen when you least expect them to. Everyone always knew our first song together would be crazy, and what’s crazier than representing the Philippines with PARADISE RISING and 88rising?

As the story goes, our in-house producer Duaneinsane sent us a beatpack in July 2020 with what would become Black Hearts inside. I recorded the first half of the song with an open verse in NYC last year during the pandemic. When I arrived back in Manila in October 2020, I linked with Mito at our home base, Mango Room Studios, and played him a folder of unfinished demos. When he heard Black Hearts, the rest was history…he did his verse that same day.

W: How does it feel to represent the Philippines on a global scale with the music you’ve created for PARADISE RISING?

CA: First and foremost, as a creative, putting on for the Philippines on a global scale is something that will always serve as the bigger picture and as the greater purpose for me. That said, to be alongside my real life family Curtismith and my extended family at Mango Room Studios with this release makes this moment all the more gratifying. Last but certainly not least, shout out to all the artists that are featured on PARADISE RISING and semilucent 2 and to all the Filipino creatives worldwide. Let’s all continue to push Filipino culture forward and inspire the next generation of artists.

W: Three years ago, you sent an e-mail to Sean Miyashiro of 88rising to introduce him to your music. Now, you’re featured in PARADISE RISING’s second EP. How does it feel that you manifested your reality?

CA: Law of attraction…put it in the universe and manifest it. I remember writing that email picturing the moment that one of my music videos would be featured on the 88rising YouTube page. It didn’t happen when I thought it would or how I thought it would, but that just adds to the beauty of it. Since I’ve sent that email, I’ve been through a lot, and those trials and tribulations have taught me that the journey is better than the destination. What’s meant for you will be yours. 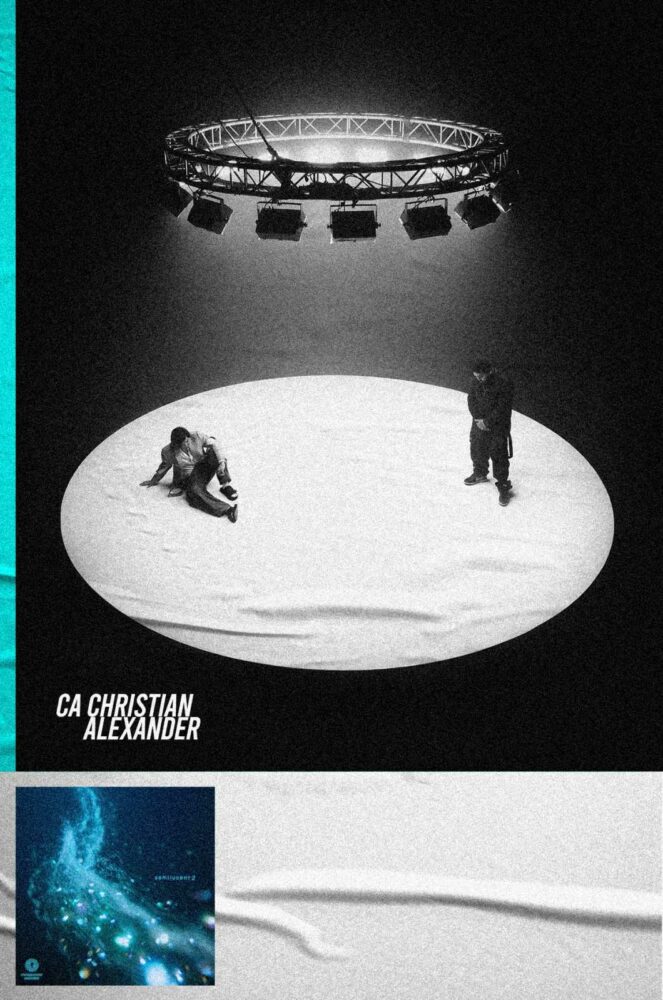 W: Black Hearts displays how cold relationships can be. Were you ever put in that type of situation? What are signs to look out for when a relationship is at its demise?

CA: This is my type of situation. From the outside looking in, this song is about a female that’s too cold; meaning that she chooses a certain lifestyle and vices over something that involves intimacy or catching feelings. The irony of the song is that maybe I’m only attracted to that specific type because that’s aligned with my current lifestyle as a rapper. If she got a black heart, then I got a black heart, too.

W: How would you describe your distinct style of RnB and hip-hop to new listeners? What do you want them to feel when they listen to your music?

CA: I’m confident that my versatility offers the best of both worlds when it comes to both RnB songs and rap songs. I’m a student of the game, especially when it comes to music. I listen to so many artists across different genres to see how their different approaches can inspire me to develop my craft.

I also work as a songwriter, and the empathy I feel when helping other artists express their emotions and experiences has translated well into creating my own songs. When you hear a CA Christian Alexander song, you’re definitely going to hear some lines that are relatable enough for you to send as a text message or as a caption on your next social media post.

I love the Philippines: the culture, the people, everything…you name it. To be honest, moving from NYC to live in the Philippines is my biggest motivation as an artist. I want to show love back to the Philippines by giving people here the soundtrack.

CA: Right now is a dope time to be a Filipino, let alone Filipino American. I feel like we’re in the middle of a Filipino Renaissance across different industries. Filipinos are really winning right now, and it’s dope that we’re finally getting our recognition worldwide. I know I speak for a lot of Filipinos when I say widespread representation didn’t exist before, and [we] love to see it now. Let’s all continue to work side-by-side pushing Filipino culture forward.

There’s surely no shortage of Filipino talent where we’re standing, and we can’t wait to see what else is to come.

Stream “Black Hearts” and the rest of the semilucent 2 tracks on Spotify.