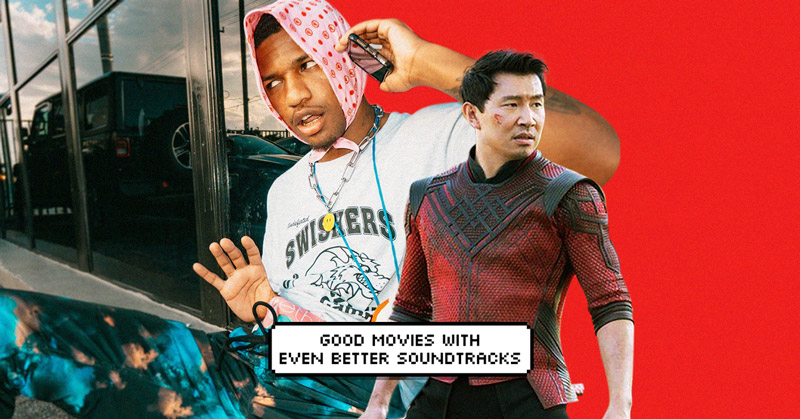 Here are *some* of the best movie soundtracks out there

What makes a great film soundtrack?

Of course, it has to match the mood and feel of the film. Each featured song needs to enhance the scene it’ll appear in, heightening the emotions or breaking the ice. The music adds depth to the ways we experience the movie through our senses. And when you’re served a fresh soundtrack, with songs carefully chosen and well-thought-of, each minute of the film is worth watching. So, scroll along for some great movies with even better soundtracks to revisit, rewatch and keep in heavy rotation.

Disclaimer, though: these movie soundtracks are just a handful from the long list of Hall of Famers, and we’ve barely scratched the surface. Enjoy!

Okay, hear me out. All Twilight movies aren’t exactly showstopping a decade later, and are probably memes at best. Bella was a questionable character, and we’ve had a handful of plotholes I’d rather not discuss. But it is indisputable that their soundtracks were the dream of each Scene Kid and Emo Kid of the 2000s, with Paramore bringing Decode and I Caught Myself all in one year. Their soundtracks are the saga’s redeeming factors that it’s timely to relisten to as rock makes a comeback, and gothcore is a thing.

And yes, you guessed it. The baseball scene with Supermassive Black Hole by Muse remains superior and is the only other reason why this is on the list.

The Perks of Being A Wallflower was an amazing film. Charlie’s (Logan Lerman) journey through high school became a universal experience for those struggling at a tender age, even if Perks was set in the 80s. It captured the layered struggles of teenage angst. The movie might have romanticized it way too much, and that’s mostly due to its dreamy soundtrack. Cocteau Twins, The Smiths and David Bowie—their music almost had you looking at the world through a muted sepia filter. Kind of picturesque and melancholic. It’s a soundtrack best for when nostalgia hits.

Produced and curated by the legend Kendrick Lamar, Black Panther: The Album was one of the best movie soundtracks ever. NPR even dubbed it as the rapper’s “parallel, pan-African alternate universe.” Much like the film’s diverse casting, Kendrick gathered African artists and talents birthed in the diaspora, such as Babes Wodumo, SZA and more, as they referenced traditional African music and all hip-hop styles throughout the album. Together, they brought to life their shared struggles, heritage and culture. Even three years later, this soundtrack proves to be timeless.

RELATED: Chadwick Boseman’s Alma Mater Names a Building After Him

Next to top-tier animation, well-written characters and a bold storyline, Spider-Man: Into The Spider-Verse (2018) hits the nail on the soundtrack head. The mix of diverse faces and styles of hip-hop and Latin American references, fitting Miles’ mixed background. At the same time, it’s filled with tunes for a young hero, much like any teenager’s playlist of age-defining songs—a mix of angsty, anthemic and feel-good. Like, hello, Swae Lee and Post Malone’s Sunflower deserved being overplayed in every radio station, party and car.

Someone Great is one of the biggest standout titles in Netflix’s roster of original movies, even until now. The clip of Jenny (Gina Rodriguez) and Erin (DeWanda Wise) dancing to Lizzo’s Truth Hurts has over four million views alone and is deemed the reason why that single charted overnight. But aside from that, it’s also the perfect curation of sad pop girl songs, liberating indie anthems and party jams we’d play again and again. It encapsulated what a wild night in New York City looks like from start to finish: from getting ready, the party and to the debriefing.

Based on the spoilers on Twitter that somehow make it to my timeline, Shang-Chi and The Legend of Ten Rings is one bomb superhero movie, as expected from Marvel, and the soundtrack curated by 88rising is the cherry on top. It’s a fantastic collection of Asian artists from all over the world, such as mainstays Rich Brian and NIKI, JJ Lin from Singapore and DPR Live from South Korea. Especially during an era where anti-Asian sentiments are rampant, the soundtrack for this movie is a beacon of hope for those who catch the film.

RELATED: Here Are The 2021 Films We’d Catch In The Theaters (If We Could)

Got more recommendations of good films that make the best movie soundtracks? Let us know in the comments below!