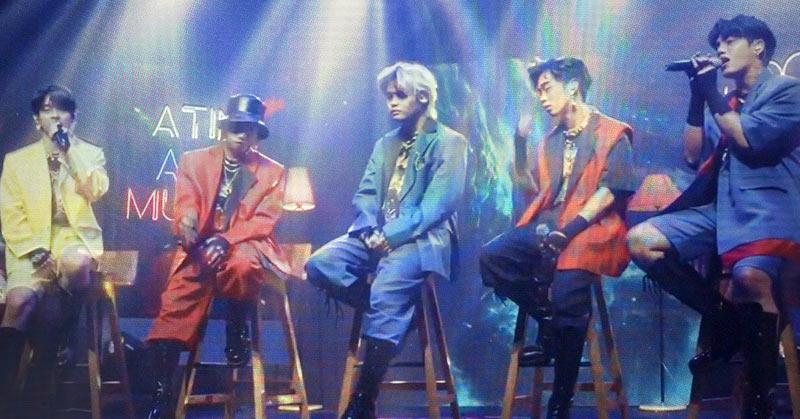 In Case You Missed It: Highlights From G Music Fest 2021

Looking back at the two-day online music festival

Sure, 2021 is another year of us trading the thrill of dancing in a crowd for watching the show through a stream, but to b honest it’s not at all bad. After all, G Music Fest 2021 wasn’t your typical online music festival. Instead, the two-day affair gave us enough time to get to know our fave artists and immerse ourselves in their tunes, creating the perfect escape from reality. From games and giveaways to some great music, it’s safe to say that the weekend of September 25 to 26 was one for the books.

Ahead, we recount the highlights of the weekend to cure that post-G Music Fest emptiness we still feel now and then.

One of the highly anticipated acts for G Music Fest 2021 was December Avenue. The band is been known for their sentimental and heartbreaking songs, so it was a thrill to watch them recite iconic lines from movies and give corresponding love advice for those who need it most.

The band performed their songs, such as Himala and Sa Ngalan Ng Pag-Ibig, for their set at G Music Fest 2021.

Next to playing games and performing their hits at G Music Fest 2021, Silent Sanctuary mulled over some memories throughout their two-decade run. The long-time OPM mainstay answered questions about people crying and proposing during their gigs, and the inspiration behind their classic hit, Ikaw Lamang.

As SB19 got interviewed about what went on when they trained, Pablo shared that they also spent some time sharpening their acting skills. That revelation led to a game that had Pablo, Stell, Ken, Josh and Justin digging through their core memories and bringing back their acting skills. The outcome? A lot of laughs for A’TIN.

What’s more, their 15-minute performance of hits such as MAPA, What? and SLMT was definitely worth the wait.

Catching up with BEKA

During UP CLOSE, BEKA mentioned her favorite Filipino dish, opened up on authenticity being at the center of her songwriting and shared all the feelings she felt the moment her debut EP, I’ll Be There, dropped. While we would’ve wanted to catch her set live, her interview has all the Green Lights that we need to stream the entirety of her debut EP again.

Is there someone that reminds you of a @vancejoy song? Tell us which song and tag that person! 😍 #GDayEveryDay #AtinAngMundo https://t.co/JZnbj91ASr pic.twitter.com/U4aA2CjEw3

In our chat with Vance Joy ahead of G Music Fest 2021, his first exclusive set for Filipino fans had a different, jazzy flavor to his songs. He recruited the help of a new band from Spain this time, as the Australian singer had just reunited with his girlfriend from Madrid. Everyone enjoyed his updated rendition of Riptide and Missing Piece.

Hear more from Vance Joy by rewatching his UP CLOSE segment.

Capping the night with HONNE

G Music Fest 2021 ended with a grand note as HONNE (AKA Wonder’s December 2019 cover stars) closed the show with their set. Performing hits such as Warm On A Cold Night, Good Together and Day 1, the duo showered us in feels with their soulful lyrics and hypnotizing electronic instrumentals.

Listen to them open up on the perks of being musicians and why it’s more fun in the Philippines by revisiting their bit for UP CLOSE at the G Music Fest 2021.

Aside from all these amazing highlights, The Juans, I Belong To The Zoo and ALAMAT rocked the stage last weekend too. Kiss the FOMO goodbye and watch more of their chats and shenanigans by rewatching them UP CLOSE at the G Music Fest 2021 stream on YouTube or Facebook.