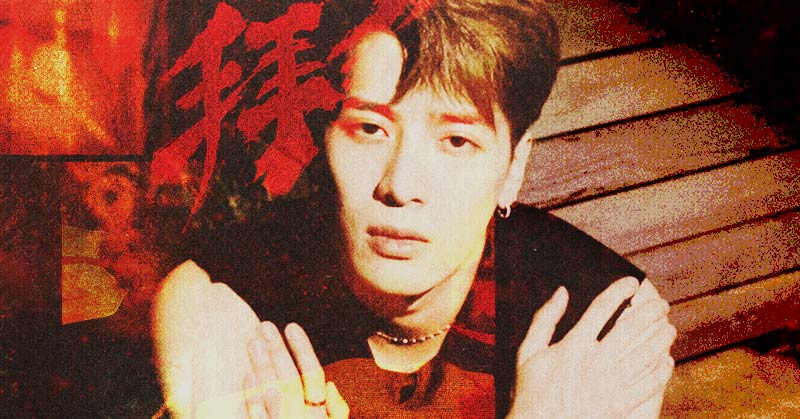 Jackson Wang: A Jack of All Trades

Jackson Wang has always been a familiar name in the realm of K-pop and Chinese entertainment. It doesn’t matter what generation you stanned or whether or not you’re into GOT7; his name has probably managed to appear on your Twitter timeline (and maybe even random conversations). Of course, it’d be easy to identify him because of his happy-go-lucky personality, his wide selection of meme-able material throughout his career as a GOT7 member or his work as a judge in Chinese reality shows.

But many an Ahgase (and Jackson Wang himself) know that he’s more than that.

Let’s start at the beginning, when a young Jackson Wang competed in the 2010 Summer Youth Olympics as a Hong Kong National Fencing Team member. A shiny scholarship at Stanford University was waiting for him, too, yet Jackson turned it down to pursue a different career path. Fast forward to 2014, and he debuts with six other members as GOT7. Jackson, armed with a raspy voice that perfectly contrasts Mark Tuan’s, proceeds to carry half the raps in their tracks.

Rare is an idol who manages to build the foundations of their solo career under the watchful eye of their companies. Long-time fans would know. Some have to wait for a solo debut that is a long time coming, while others have to wait to break away from their original companies to go on their own. But Jackson managed to prove that he can transcend the mold of the K-pop and C-pop industries. So even if his career with GOT7 took off, he tested the waters as a solo artist first, with the heavy-hitting trap single Papillon in 2017. Come 2019, he grew more comfortable and released the R&B-meets-hiphop album, Mirrors.

Along with that, Jackson established his record label and lifestyle brand TEAM WANG. He became a CEO, singer, rapper, dancer, streetwear creative director and a whole lot more. And while the offers to keep his career in either Mainland China or South Korea were on the table, Jackson opened up his doors and worked globally with 88rising. He hopped on multiple collaborations in the Head In The Clouds II album and recently joined Rich Brian, NIKI and Warren Hue for the remix of California.

Time and time again, Jackson Wang has proved that he’s a jack of all trades—especially with his releases for 2021.

LMLY (Leave Me Loving You) is an airy pop track, something completely different from his previous sound of R&B-meets-hiphop. Jackson skipped rapping bars for this song and let his raspy voice carry the emotion of the lyrics—contrasting the happy and upbeat instrumental. As much as the nod to 80s pop was evident throughout, Jackson managed to make the song wholly his. It’s a track that shows how much he has settled into his sound that he isn’t afraid to experiment with different genres. The song is matched with a music video, directed by Jackson himself. There’s a hazy filter we can only call Wong Kar Wai-esque, an homage to 90s-era Hong Kong. It starts off as cheeky, showcasing Jackson’s skills as an actor that has everyone falling in love with him by the end of the music video.

The follow-up of Drive You Home, in collaboration with producer Internet Money, was the cherry on top. It managed to rake in a lot of achievements when it dropped last July 29th. In 24 hours, the music video received over two million views and tripled the views he got from his previous singles. He topped Twitter trends worldwide, in the Philippines and in Singapore. Yet Drive You Home is more than the numbers it achieved. The song is a little more stripped down than what we’re used to hearing from him, as electric guitar instrumentals laced with R&B beats took the lead. And if you know your 80s songs, you’d hear that Drive You Home sampled Drive by The Cars. If anything, this release shows off Jackson’s growth and comfort with singing, even managing to switch up his style when it calls for it.

If you thought LMLY was sad enough, then you won’t be prepared for Drive You Home‘s music video. Jackson transforms into his role as the flashback rolls, setting the bar too high for cinematic music videos. Watch the credits and you’ll see that Jackson is credited in a lot of major roles. This just goes to show that he’s fully hands-on with his work.

RELATED: The 88rising Head In The Clouds Festival is Back With the Dream Lineup

Jackson Wang’s choice of singles ahead of his upcoming English album is setting the stage for a new era. We could be anticipating a release that is different from his roots of hiphop and R&B of Mirrors, but equally experimental—if we’re drawing from the slow and easy pop of LMLY and the passionate R&B ballad of Drive You Home. Nonetheless, these singles are giving us a taste of how many hats Jackson Wang can juggle: from director songwriter, producer, performer to an actor.

We can’t wait for what else he has up his sleeves.