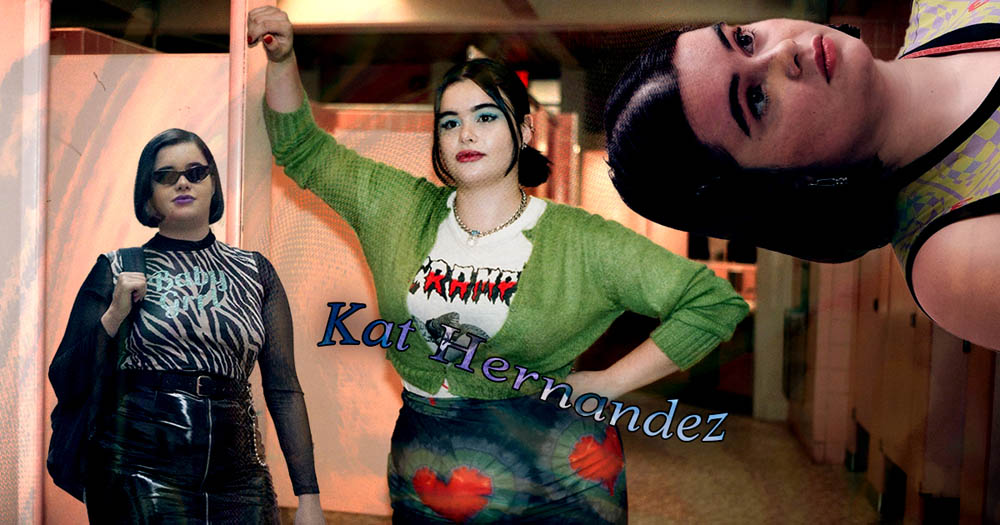 When Barbie Ferreira announced that she’d no longer join Euphoria’s third season as Kat Hernandez, I felt extremely sad despite having called it. After all, this comes after a significant decrease in her screen time during the show’s second season. The internet pointed to her fallout with director and writer Sam Levinson, who boxed her and shoved Kat to the side in the second season. Granted, the HBO original has its flaws, such as the supposed glamorization of drugs and sex. But Kat Hernandez is raw and relatable, just like Rue, and deserves to be explored. So to see one of the prolific and representative actresses exit the show, especially given how her character ended the season with a wrong impression, people will mourn this loss.

Today, we’re looking back at Kat Hernandez’s reign as “the most special and enigmatic character” of the show. Read: https://t.co/u66xLAXlxj

TV and film always had a lot of fat characters, but the offensive outweighed the meaningful. Their stories of self-confidence always needed to focus on losing weight before enjoying a good thing. And while I had Rae Earl and the somewhat triggering My Mad Fat Diary at 14, no piece of media has captured a fat girl’s complicated journey with herself such as Kat’s. So to have Barbie Ferreira, the OG Tumblr icon who became one of the figureheads of the body positivity movement, play Kat Hernandez screamed like a good decision. Seeing someone you look up to play and create a character whose history holds up a mirror to your life makes you feel seen and valid—even if it’s a long time coming.

Euphoria’s first season starts with Kat Hernandez simply existing on the fringes of high school, a fat girl swimming through the pressure of adolescence, sex and beauty standards. She made herself small, trying hard to occupy less space while keeping up with her friends, who seemed to get the full, overhyped experiences. But as far clichés go, Euphoria didn’t box her in that stereotype. The rest of her arc in the first season follows her journey to be seen, to find validation. Fat girls are barely allowed to explore themselves and their sexualities and make mistakes along the way, but Kat? She had a messy storyline. Finessing her way out of a sex tape scandal gave her newfound power and helped her reach a peak so high—before insecurities and self-sabotage caused her to crash.

Realistically, Kat Hernandez reaching a low before finally gaining confidence without validation from the opposite sex is a possibility. Her status as a prolific Tumblr fanfiction writer didn’t boost her confidence. And, maybe by extension, losing her virginity, getting it leaked and becoming an underaged camgirl-dominatrix didn’t either. But what strikes me as a crime is that Sam Levinson boxed and sidelined such a nuanced character based on an alleged personal vendetta. What could’ve been a more profound exploration of finding true satisfaction with herself turned her into an accessory—the pitfall of many a plus-sized character.

RELATED: Why We Should Embrace Body Neutrality Instead

But honestly? It would be best to leave the rest of her character development to the people who resonate with her better. Write her out of the series. Let the young, anonymous fanfic writer project her healing through Kat rediscovering self-confidence without male validation. Allow the bullied teenager daydreaming during class plan her glow-up just like Kat’s montage. Kat Hernandez’s fate now lies in the people, young and old, whose lives she touched. And I believe people like them are better off fleshing out her fate post-season two.

I hope Kat Hernandez’s fate inspires more writers to create more multi-layered characters. Those who are not defined by their weight, by the amount of space they hope not to occupy, the jokes they receive and the friends they surround themselves with. Let Kat begin the surge of new personalities who can fuck up, have a mean streak, get hurt, apologize and make amends. More shows need stories of individuals finding what they want the most while existing, without the need to tie them down with their appearances.

So if there’s one thing I’ll forever be grateful to Kat Hernandez and Barbie Ferreira for, it was the chance to see an in-depth exploration of a fat girl’s quest for confidence. Oh, and a mantra I’ll probably keep close:

“There’s nothing more powerful than being a fat girl who doesn’t give a fuck.”