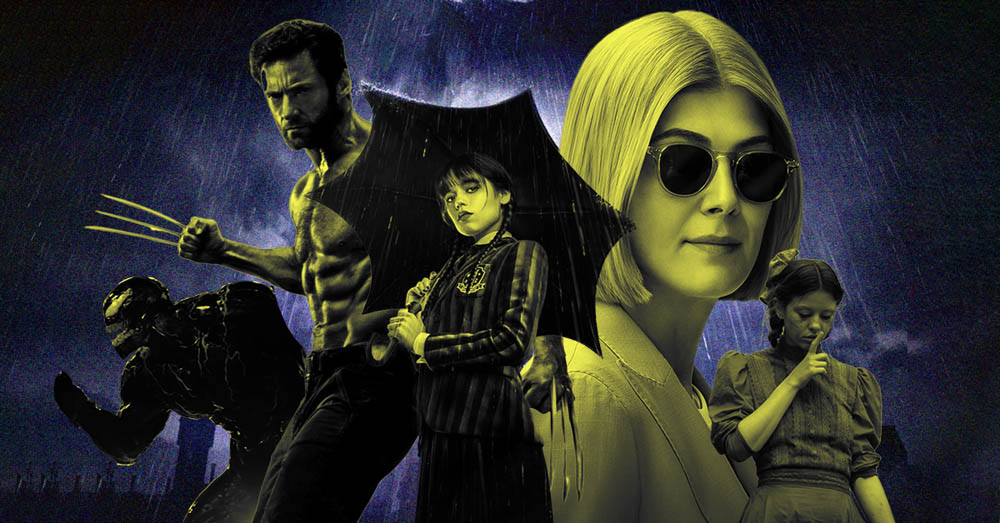 They’re Just Like Me FR: Why Do We Love Our Anti-Heros?

Anti-heroes—do we hate to love them, or is it the other way ‘round?

“It’s me. Hi, I’m the problem—it’s me,” sings Taylor Swift in Anti-Hero. The seemingly innocent line, meant to acknowledge that she’s her own inner saboteur, has become one of the most-used phrases, comebacks and TikTok sounds since its release. Meanwhile, a TikTok of Mia Goth’s Pearl from the A24 slasher film has comments that say, “She’s just like me, FR,” or “Relatable.” While I’m assuming that none of them are psychopathic murderers, there’s something about her unabashed rage that hits harder than it intended to.

I know that some of these comments about Pearl’s rage or the overuse of Anti-Hero in memes were made in jest, but I can’t help but feel that there’s an underlying reason more than a hyperbolic statement. Why do we gravitate toward characters who do questionable things? Why do we prefer learning more about names like Wolverine, Venom and even Rosamund Pike’s girl boss roles like Gone Girl’s Amy Dunne or I Care A Lot’s Marla Grayson?

But before we dive into the psychology of our fondness for such personalities, we need to get definitions out of the way. First things first, what’s an anti-hero? Merriam-Webster defines it as “a protagonist or notable figure who is conspicuously lacking in heroic qualities.” Meanwhile, the site describes a villain as “a character in a story or play who opposes the hero.” Despite their questionable or less correct choices, the anti-hero still stands as the central character, and a villain exists mainly to foil the protagonist’s plans.

All our lives, binaries and dichotomies have plagued us: good versus evil, dark versus light and right versus wrong. Our collective upbringing, schools and institutions often expect us to stand on the purer, rule-abiding side of things because good automatically means better. But as we grow older, we learn that gray areas exist, and we’ve learned how to challenge the status quo that keeps us stagnant. So that’s why most of us prefer morally gray personalities who emerge strong instead of picture-perfect protagonists whose personalities revolve around being rule followers, saviors and keepers of peace.

Of course, relatability also factors in our love for anti-heroes. We see ourselves in their personalities or mannerisms, such as Wednesday’s deadpan one-liners or Deadpool’s almost crass dialogue. For others, these anti-heroes say and do things we’re afraid to verbalize. Case in point: the feminine urge to disappear à la Amy Dunne from Gone Girl or to lash out like Pearl. These women’s rage fits may come with a side of manipulation, gore and murder, but their characters still allow us to embrace our feelings—anger included.

A study by Dara Greenwood, Angelique Ribieras and Allan Clifton explores the psychology behind identifying with anti-heroes. Their research discovered that the characters are more appealing to individuals with higher levels of antisocial traits, such as aggression and Machiavellianism. But more findings complicate the results, as participants prefer identifying with anti-heroes who lean towards being heroic over villainous. At the same time, titles rated as more violent received lower levels of character affinity. So it shows how we engage with morally gray characters is multi-layered and complex.

Beyond identification, we also find ourselves sympathizing with their struggles. One doesn’t always need to agree with the character, but it doesn’t stop us from being a little sensitive. We understand where these characters come from. We know what motivates their actions and words, especially when the movie shows us their tragic backstories. This, in extension, makes us a little more tolerant or sympathetic over their questionable actions.

If you don’t identify or sympathize with anti-heroes, your interest might be rooted in fascination or attraction. It doesn’t necessarily entail that you align with an anti-hero—you just want to see more of them out of curiosity. In an interview with GamesRadar+, Dr. Aaron Taylor, the Board of Governors’ Research Chair and Associate Professor in the Drama Department at the University of Lethbridge, mentions the difference between attraction (read: fascination) and sympathy. It mostly boils down to wanting to see how their stories unfold. Sometimes, an actor’s performance has us drawn towards antiheroes, too—like Tom Hiddleston’s version of Loki that’s forever in our pop culture psyche.

RELATED: ‘Loki’ Set to Return for a Second Season at Disney Plus

So liking an anti-hero doesn’t always mean you’re one and the same. Their unconventional but pure-intentioned actions appear more entertaining than doing the good thing, but it doesn’t mean we’ll do the same thing IRL. All in all, this whole thing is just like their personalities: enjoying their arcs is a complex and multi-layered situation.

Enjoy your favorite titles with antiheroes via these streaming apps.