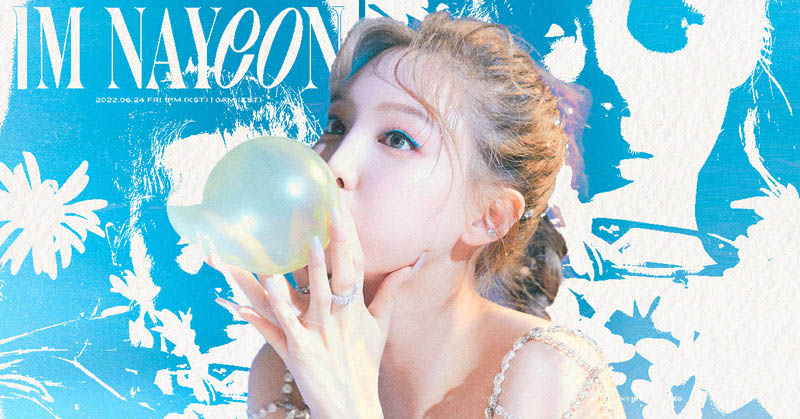 In the case of third-generation K-pop groups, no one does it like TWICE. From bringing the best cutesy songs with OOH AHH and Cheer Up to slowly maturing into sirens of the summer with Alcohol-Free and I Can’t Stop Me, the nine-piece girl group has cemented themselves as one of K-pop’s biggest acts. Most songs they release remain timeless bops, and fans and casual listeners love the members. After completing a sold-out North American tour, many can’t help but wonder when their next comeback will happen. But instead, member Nayeon takes over as the first soloist to debut in the group with her mini-album: IM NAYEON.

A bit of context: I’ve observed that JYP Entertainment was a little averse to granting the members solo projects outside of endorsements and editorials. Perhaps the girls wanted to focus on the group, or perhaps it’s them remaining cautious of prematurely letting the girls fly solo. But as they approach seven years as a group, some can’t help but think they have passed the ripe time to begin solo debuts. However, for Nayeon, the timing can’t be any better.

It seems fitting that the eldest member and lead vocalist goes first. Nayeon, dressed in a bright yellow dress, squats against a baby blue background for the album cover. Safe to say that, much like the summer siren that she is, IM NAYEON brings sunshine in seven cohesive songs. The eponymous debut EP takes cues from TWICE’s expertise in pop music, such as warm, fuzzy title tracks and strong B-sides. Nonetheless, it supports a strong debut becoming of a world-class superstar. And if you want to talk about numbers, Nayeon’s mini-album debuts in the top 10 of the Billboard 200—crowning her as the first K-pop soloist to do so.

With her wide smile, bubbly personality and flawless vocal chops, Nayeon kicks off the mini-album with POP! The energetic, almost-retro pop track with different horns is reminiscent of second-generation girl group tracks. Happy and vibrant—think Supa Dupa Diva by Dal Shabet or Shy Boy by Secret. While POP! might not feel strong on the first listen, the infectious, saccharine-sweet title track will definitely grow on you.

Candyfloss, another sugary, feel-good single off the mini-album, has a dash of sultry attitude that effectively tapers the album down. Energized by adorable 8-bit sound effects and a catchy bassline, Nayeon croons about how love’s the sweetest thing. Another sonic energizer comes in the form of No Problem, a funky, English disco track whose chorus mimics the sudden burst of happiness. But personally, the inclusion of Stray Kids’ Felix’s feature shows the pitfall of many a K-pop song—the need to add a rap verse instead of a bridge.

However, the need for a rap break somewhat falls in their favor with Love Countdown. The slower R&B summer jam has Nayeon singing with Wonstein as they bask in the thrill of first love, setting the song apart from a formulaic rap verse. In Happy Birthday To You, Nayeon celebrates her loved one’s special day by hiding from the rest of the world and granting their deepest wishes. Light, easy and breezy, like a lazy afternoon that should never end.

All Or Nothing brings the same ease in listening as the other R&B tracks. In this song, the singer preaches about living her life only for herself. The track strongly declares self-love amid the list of love songs.

IM NAYEON closes with Sunset, a soft jazzy ballad that shows off Nayeon’s range. Gloomy and sorrowful, she sings about a great love she must let go of. One can hear her a little more lovelorn and hurt in each verse she sings. So despite the soaring infatuation and energy from POP!, Nayeon finds herself tracing even the lows of romance.

Aptly titled IM NAYEON, as both a play on introductions and her full name, the singer embraces the musicality and style she’s developed through the years. Bright, happy and free-spirited, that’s the type of music Nayeon enjoys making, either independently or with TWICE. For others, a dash of TWICE’s sonic style to hers creates a safety net. But allow me to argue that it serves as a declaration of what we can expect from Nayeon herself. As far as first impressions go, the K-pop star makes her mark sticks the landing.