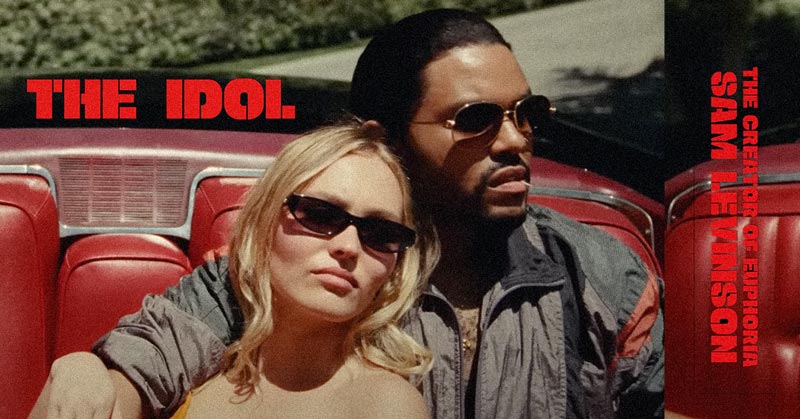 What We Know About Lily-Rose Depp, The Weeknd and Sam Levinson’s “The Idol”

Sleazy, steamy, coked-up and cult-y, here’s what we know about HBO’s “The Idol”

Everyone knows the dark side of show business, from the unspeakable pressure put onto artists and talents, the vices they take to get through long days and even the systemic issues that plague the industry. Talking about it will open Pandora’s Box. But this topic is what Lily-Rose Depp, The Weeknd and Euphoria’s Sam Levinson hope to address with The Idol. The upcoming six-episode series, co-written by Levinson, Abel “The Weeknd” Tesfaye and Reza Fahim, will premiere on HBO.

The Idol already had news outlets buzzing as early as 2021, with a few stars confirmed as cast members. Still got questions after watching the trailer? Here’s what we know about The Idol:

The trailer opens with the line, “From the sick and twisted minds of Sam Levinson and Abel ‘The Weeknd’ Tesfaye.” But how twisted does it go? HBO writes that The Idol follows the romance between a self-help guru-slash-leader of a modern-day cult and a rising pop idol. The Idol, set against the backdrop of the music industry, will uncover its sleazy, dirty and turbulent secrets. The trailer clues us in on copious amounts of steamy, drug-fueled scenes, intensive performance practice sessions, and the ins and outs of that high life. Given all these, we know that these can quickly come crashing down.

“When the multi-talented Abel ‘The Weeknd’ Tesfaye, Reza Fahim and Sam Levinson brought us The Idol, it was clear their subversive, revelatory take on the cult of the music industry was unlike anything HBO had ever done before,” shares Francesca Orsi, HBO Programming’s Executive Vice President in a statement. Knowing The Weeknd’s dark imagery and lyrics from the Trilogy era, plus Sam Levinson’s work with Euphoria, it’s about to get as coked-up, steamy and somewhat upsetting.

RELATED: The Weeknd Pledges to Never Submit His Music to Grammys Again After Snub

One of the most significant buzz items surrounding The Idol is its star-studded cast. Lily-Rose Depp stars alongside The Weeknd as the two main leads caught in the world of drugs, sex and power. But many eagle-eyed fans noticed more personalities in the trailer, one of them being BLACKPINK’s Jennie, dancing beside Lily-Rose Depp. (So this is what she’s been doing.) Troye Sivan also appears in the trailer, seemingly scheming with The Weeknd. But other cast members include former Disney star and Insatiable lead Debby Ryan, as well as Moxie’s and Booksmart’s Nico Hiraga.

But perhaps one of the biggest shockers is Britney Spears. In an Instagram post dated November 24, 2021, she shares that she shot for a movie called The Idol. Knowing the plot and its exploration of the industry’s darker sides, she writes that it’s “guaranteed to have hits and a lot [of] bright pics to put in my beautiful family’s faces.” Knowing what she went through, the story might’ve hit home for the singer. But, of course, we can’t wait for her appearance on it, too!

One thing, though. We’re all in the dark on the premiere date, aside from the vague mention of The Idol “coming soon.” So here’s to hoping it doesn’t take another year to drop.