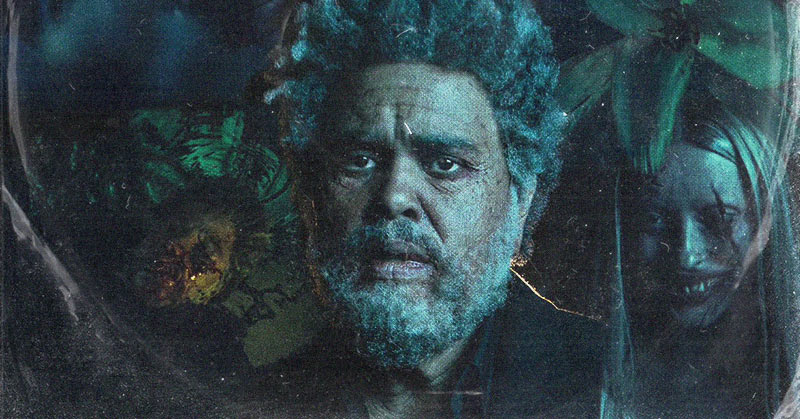 In his fifth studio album, The Weeknd dives into an arduous journey towards self-discovery

The beginning of Dawn FM is eerie, almost apocalyptic. The DJ, played by acclaimed comedian Jim Carrey, declares, “You are now listening to 103.5 Dawn FM. You’ve been in the dark for way too long. It’s time to walk into the light and accept your fate with open arms. Scared? Don’t worry. We’ll be there to hold your hand and guide you through this painless transition.” He sounds like a manipulative Jim Jones figure about to transport his cult of devoted, brainwashed followers to the deep abyss. Strangely enough, the record does just that—it lures you in for almost an hour, captures you with the ominous storytelling, and takes your breath away.

The unprecedented cameo, though “peculiar,” isn’t surprising. Jim Carrey and Abel Tesfaye AKA The Weeknd are mutual friends. In an exclusive interview with Variety back in 2020, the singer-songwriter shares an endearing anecdote: “It was surreal. Jim Carrey was my first inspiration to be any kind of performer, and I went to breakfast with him on my first day of being 30.”

In the “new sonic universe,” Abel explores the theme of aging and the passage of time. The album cover alone displays the 31-year-old looking like an old man. For such a deeply profound and somber record, musically, Dawn FM is upbeat, containing dance-pop and synth-pop songs heavily inspired by ‘80s musical styles like new wave, funk and electronic dance. As a whole, it sounds both timeless and futuristic.

In his fifth studio album, The Weeknd departs from a fast and hard lifestyle and dives into an arduous journey towards self-discovery—confronting both his demons and angels. The heavily radio-inspired record is a rare contemporary masterpiece you listen to as a whole, uninterrupted and in order.

The consistency of the narrative is confounding. The Weeknd begs for love in How Do I Make You Love Me, his second collaboration with DJ group, Swedish House Mafia. In Out of Time, he asks for a second chance from his lover, realizing how trauma from his past has made him cold. Here, Abel also samples Midnight Pretenders by Tomoko Aran who bemoans an “uneasy heart.”

In A Tale by Quincy, famed producer Quincy Jones shares a personal narrative lamenting how his neglected upbringing has impacted his romantic relationships. Then, there’s Phantom Regret by Jim, Carrey’s self-reflective spoken poem with Tesfaye’s vocals, drawing listeners to ponder on heaven that’s within our divine selves.

Abel takes on the weighty idea of purgatory, too, in Dawn FM. In an interview with Billboard, Tesfaye reveals, “Picture the album being like the listener is dead. And they’re stuck in this purgatory state, which I always imagined would be like being stuck in traffic waiting to reach the light at the end of the tunnel. And while you’re stuck in traffic, they got a radio station playing in the car, with a radio host guiding you to the light and helping you transition to the other side. So it could feel celebratory, could feel bleak, however you want to make it feel, but that’s what The Dawn is for me.”

Decide for yourself what transitioning “to the other side” means. Is this heaven? Is this hell? It may simply mean life after the pandemic, where Abel started writing the album, amid such scary, unknown territory. This unknowing is looming, but it also gives us hope that there is “light at the end of the tunnel.”