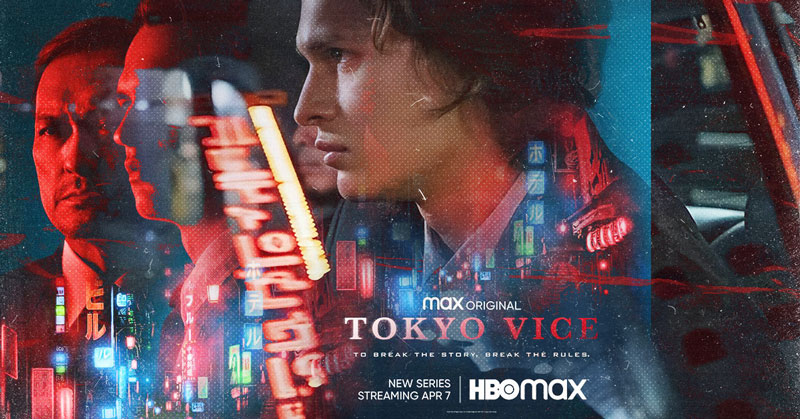 “Tokyo Vice” Proves The One Thing That Remains Unbeatable

Not to mention, “Tokyo Vice” acts as a bridge to the city we long for

Japan is more than the land of the rising sun. Because of its isolationist history, it is a place saturated with idiosyncratic culture, weird inventions, gastronomy of the highest and most precise order and, most of all, sheer magic. Yet since COVID hit, the tourist community has essentially been deprived of Japan. Fortunately, the start of the year marked the gradual return of tourism. But in the far east, there is a palpable void, a gaping hole that remains; Japan has remained steadfast in keeping their borders shut to tourism. So, when HBO released neo-noir thriller series Tokyo Vice last month, it was a sorely needed fix, an escapist antidote to tide us over until our northern neighbors announce we can finally visit. Oh, and it’s a pretty damn good show.

Tokyo Vice is loosely based on the real-life experiences of Jake Adelstein (played by an ambitiously committed Ansel Elgort, whose Japanese accent seems remarkably impressive), a Missouri-born American crime reporter in the strange land of Japan’s top newspaper. The year is 1999, and Jake is the first gaijin (slightly derogatory Japanese slang for “foreigner”) to score a byline on its pages. He reports on ties between the police, politicians and the dreaded yakuza with admirable vigor and dedication; in the process becoming deeply and dangerously intertwined in the shady Tokyo underworld of gangsters, hostess bars and crooked cops.

With his own agenda is moody police detective Hiroto Katagiri (played by a seemingly ageless Ken Watanabe). Hiroto has grown jaded of the status-quo that enables the yakuza and the crimes within it. “The roots of the yakuza run so deep, we can never get rid of them…so cops are encouraged to maintain peace amidst different gangs.”

Hiroto (whose mere presence on screen commands gravitas as is standard in any Watanabe performance) and the American journalist form an improbable partnership to idealistically do good within a flawed system.

On his quest for journalistic scoops and justice, he must contend with his hard-nosed, no BS editor (played by Rinko Kikuchi) and various intimidating yakuza figures. Fortunately, he has the help of intrepid American bar hostess, Samantha (Rachel Keller), and a Yakuza member with a heart, Sato (Show Kasamatsu), who—despite his tough demeanor and professionalism—is at odds with the ethics of his own organization.

A post shared by Tokyo Vice on HBO Max (@tokyovicehbomax)

RELATED: How Walking Tour Videos Are Curing My Homesickness

Tokyo Vice is good, even highly watchable, but it is not quite revolutionary television. While the plot itself does intrigue, if the equivalent was set in Baltimore or Manchester, it might be dismissed as another forgettable crime drama—whether based on a memoir or not. But all that doesn’t really matter. Tokyo and its urban vastness and cultural nuances are both the story and the star of this series: the ritualistic concepts of honor, shame and dignity in the Japanese culture (specifically within yakuza); the glitzy hostess bars with foreign girls humoring lonely, wealthy salarymen; the neon but cinematically subdued lights of Shinjuku.

Sure, South Korean pop-culture is now effectively lightyears ahead of anyone in the region, in terms of international influence, but despite this, Japan with all its exotic individuality, peculiar oddities and inherent coolness, is still essentially unbeatable as a setting. The creators of the series depict Tokyo as grainy, beautifully dark, even nefarious at times—but it is still very much Tokyo that continues to makes us long for it.