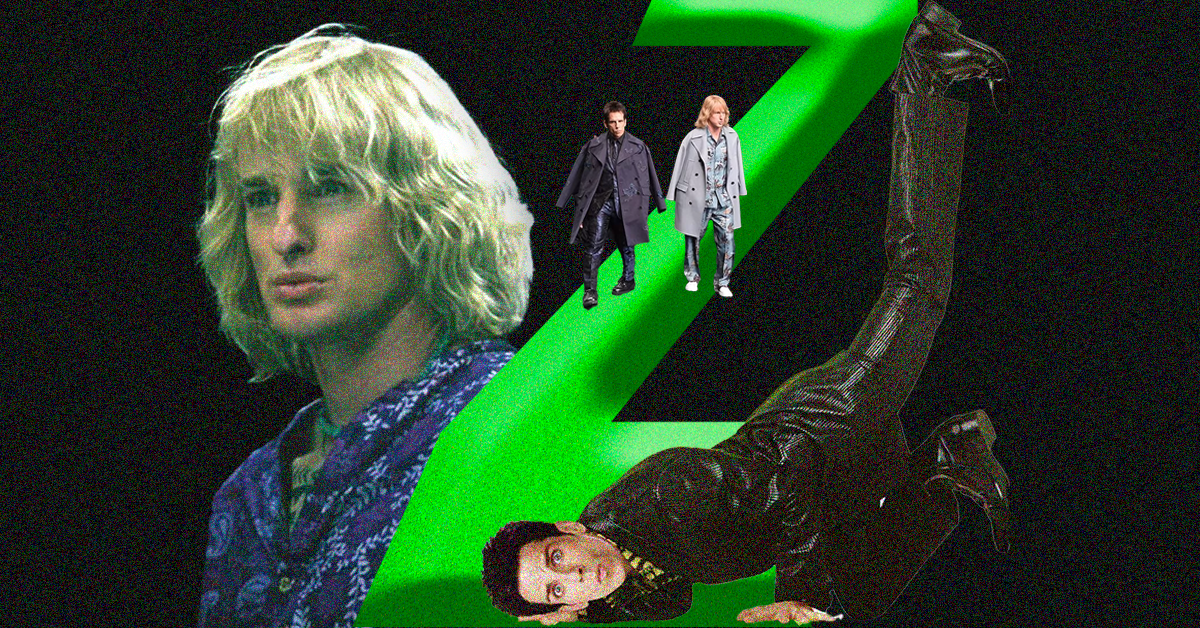 If there’s something we can learn from spending hours on TikTok, there is no predicting what the favorite piece of media will be in the following weeks. From Disney’s Ratatouille to Minions: The Rise of Gru, anything can spark a trend and a wave of memes. And as we close out 2022, TikTok found its newest treasure trove: the Zoolander movies. Open the app and get greeted with Ben Stiller’s exaggerated stare and Owen Wilson’s excessive pouts every other scroll.

Yes, you guessed it. The fashion industry satire from 2001 regained popularity on the platform thanks to clips of Derek Zoolander (Ben Stiller)’s feud with Hansel McDonald (Owen Wilson). Whether it’s the slow meeting of eyes with I Monster’s Who Is She in the background or the dialogue between the two male models. Either way, it’s already made it to Know Your Meme, cementing its place in modern pop culture.

If we’re talking about origins, the meme platform points to the resurgence of the so-called Lightskin Stare that bears a resemblance to Zoolander’s Blue Steel smize. And, much like all memes, the rest is history.

To be fair, it’s better to see them than to read about them. But do know that this variety is popular that even modeling icon Coco Rocha recruited her cute seven-year-old to do the skit with her. Fun fact, this little girl has already had her runway debut for John Paul Gaultier in 2018. Another iconic nepo baby in the works? We’ll let you decide.

Seriously though, this girl is growing 1 foot a year… #ioniconran

May we indulge you with this hilarious meme about besties?:

Or this first-time driver’s mood?:

no one will survive #zoolander

? If you use this sound you are homophobic – Loic

Get the gist? Somehow, someway, Zoolander has the weirdest clips we can relate to our real lives. And knowing the immense creativity TikTokers have, they can and will allude it to their experiences.

RELATED: The Downfall of Exclusivity and the Case of Abercrombie & Fitch

But what’s Zoolander all about?

Here’s the 411 on the iconic Ben Stiller comedy. Zoolander (2001) follows  top male model Derek Zoolander (Ben Stiller), who gained popularity thanks to his “Blue Steel” gaze. The unintelligent but top fashion mogul thinks he won “Male Model of The Year” for the fourth time in a row—only to lose to his rookie rival, Hansel McDonald (Owen Wilson). Dejected and crushed, Derek Zoolander becomes an easy target for fashion designer Jacobim Mugatu (Will Ferrell), who wants him to head his fashion show. But a double job awaits the model: become a brainwashed vessel to kill the Malaysian Prime Minister, so Mugatu’s sweatshops in Malaysia will keep his business alive.

By any means, Zoolander isn’t espionage-and-heists-meet-fashion à la Oceans 8. Sure, it’s got the glamour, the 2000s-era high fashion references and the star-studded list of cameos ranging from Paris Hilton to David Bowie. But at its core, it’s still a parody of the fashion industry with a heaping serving of absurdity—think Austin Powers meets substance. From underpaid and overworked assistants, the almost questionable nature of select fashion collections down to sweatshops in our part of the world, Zoolander might be stupid and funny, but it hits the nail on the head. Well, kind of. It’s still pretty much a product of not-so-progressive times.

To jump-start promotions for its 2016 sequel, Stiller and Wilson even walked for Valentino at Paris Fashion Week. While that has cemented itself as a pop culture and fashion moment in history, Zoolander 2 didn’t live up to its predecessor. Not to mention the carried-over fatphobia and Benedict Cumberbatch’s character, All, is nothing short of a caricature of non-binary people—two things that shouldn’t be a product of 2016 (a more progressive time). Nonetheless, footage of Derek Zoolander Jr. mastering the “Magnum” stare’s more powerful sibling, “El Niño,” is more than enough to use as meme material. This makes Zoolander 2 a backup treasure chest of outlandish clips that somehow get us.

The bottom line is pop culture will and always be a wilderness. Old titles we never gave the time of day might be considered treasures by this generation’s meme connoisseurs. So whenever that happens, best believe that we’re prepared to join the bandwagon with memes of our own.