The word “fashion” isn’t often met with the warmest greetings. At the very beginning of Wonder, the team was discouraged—from all fronts—to have Fashion as a main content pillar. People found it intimidating, high-brow and unrelatable. We learned that “Style” resonated with more people; and it’s a belief that has held on today.

Style has many definitions and faces. It encompasses many aspects of the personal and doesn’t discriminate. It’s unique, focused on the individual and open to interpretation. Style is a form of expression, a reason for celebration. And it’s Wonder’s theme for the month: The Style Edit. 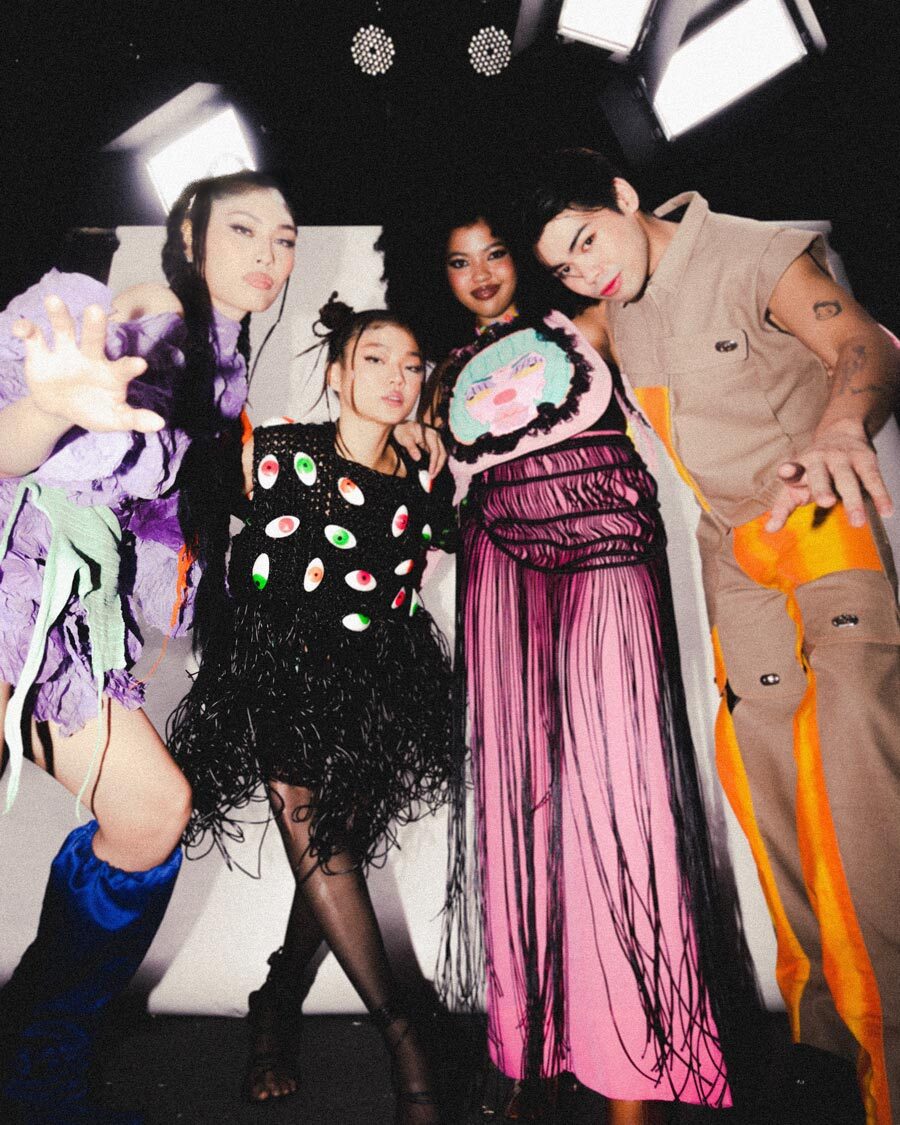 We put together four creators and models from the local style scene. Each with their own voice, their own look and a unique understanding of the theme we’re highlighting. 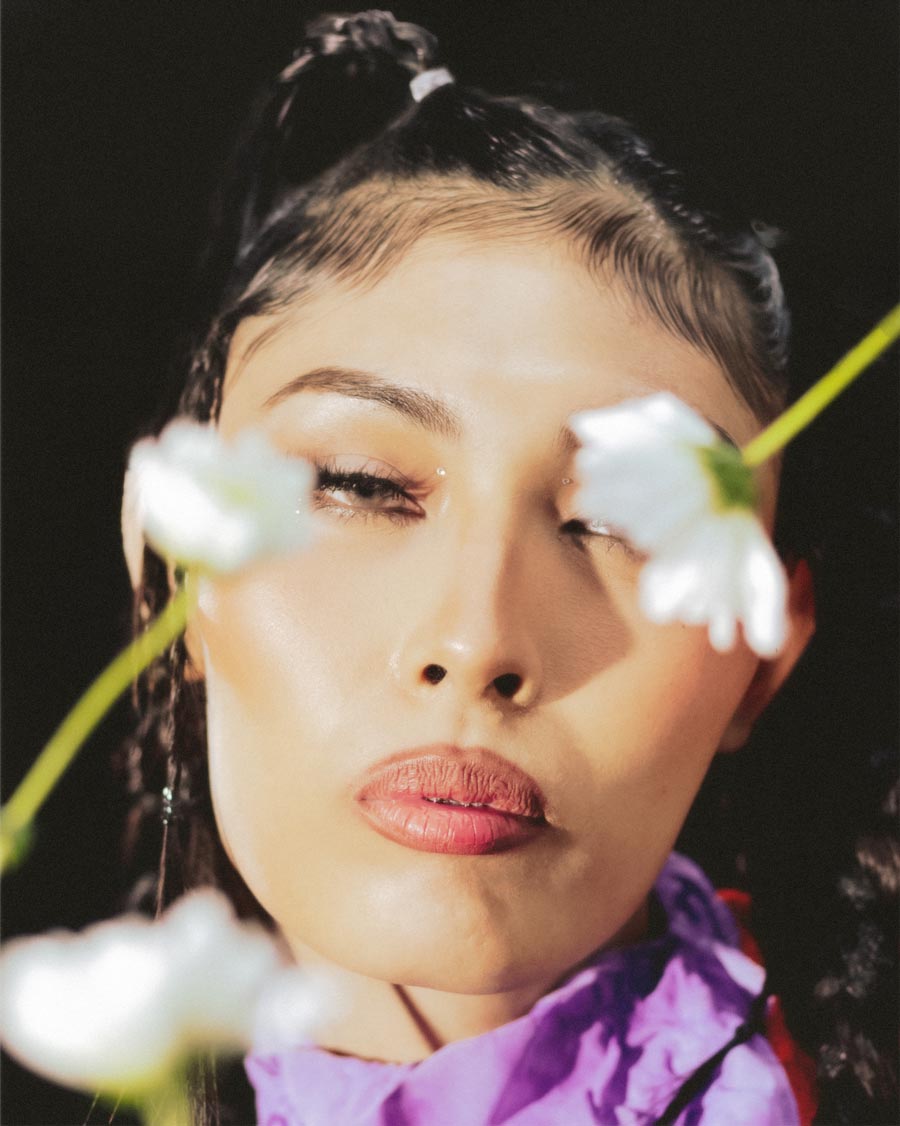 Justine Llarena is no stranger to many. She’s been behind and in front of the camera for years. But despite the multiple times our paths have crossed, she never fails to amaze. She’s breathtaking in photos, and was a breath of fresh air on set—proving for the nth time that models are much more than the photos they work so hard to produce.

“Style is specific to a person ‘cause it’s not limited to the clothes and accessories [people] wear, but [is also] how they transcend themselves in it,” explains Justine. “Two people can wear the same clothes, but they carry them differently.”

This statement is especially true for Justine. In her personal time, she likes to dress in monochrome outfits, but she’s no doubt donned dresses, skirts, tops, shoes and everything in between that aren’t to her tastes. And yet, when she’s on set, you can barely tell that a purple chiffon dress isn’t exactly her cup of tea.

Raissa Dimacali chiffon dress, Rod Malanao knit tie tops
Style, however, is a journey of constant discovery. Justine’s own take on style has changed over the years. Just like the rest of us, she has attempted trends that just didn’t work for her, and are now (hopefully) distant memories that make her cringe.
“I [have] tried different trends, but one thing stuck to me; I know how to dress for my body type,” she shares. “When quarantine started, I tried different styles (especially in the rise of TikTok) and found out there are certain styles that don’t work for me.”
Justine further explains the importance of dressing for yourself, noting that “It’s important to know the seven kitchener style essences to know which look suits you. I just found out that I’m a dramatic type with a bit of ethereal essence, so a clean and structured silhouette looks good on me, and I can also play with long diagonal cuts and metallic/iridescent sheen.”

It might sound a lot for some people—diagonal cuts and metallic sheens—but how Justine dresses is how she expresses herself. A self-confessed introvert, style is how she makes her statement. It’s a conversation without the awkward adlibs, and makes for a moment more memorable than tired one-liners.

But whether or not tulle, latex or shoulder pads are for you, Justine suggests one thing for us all to live and style by: “If an outfit makes you feel empowered, fuck what others think.” 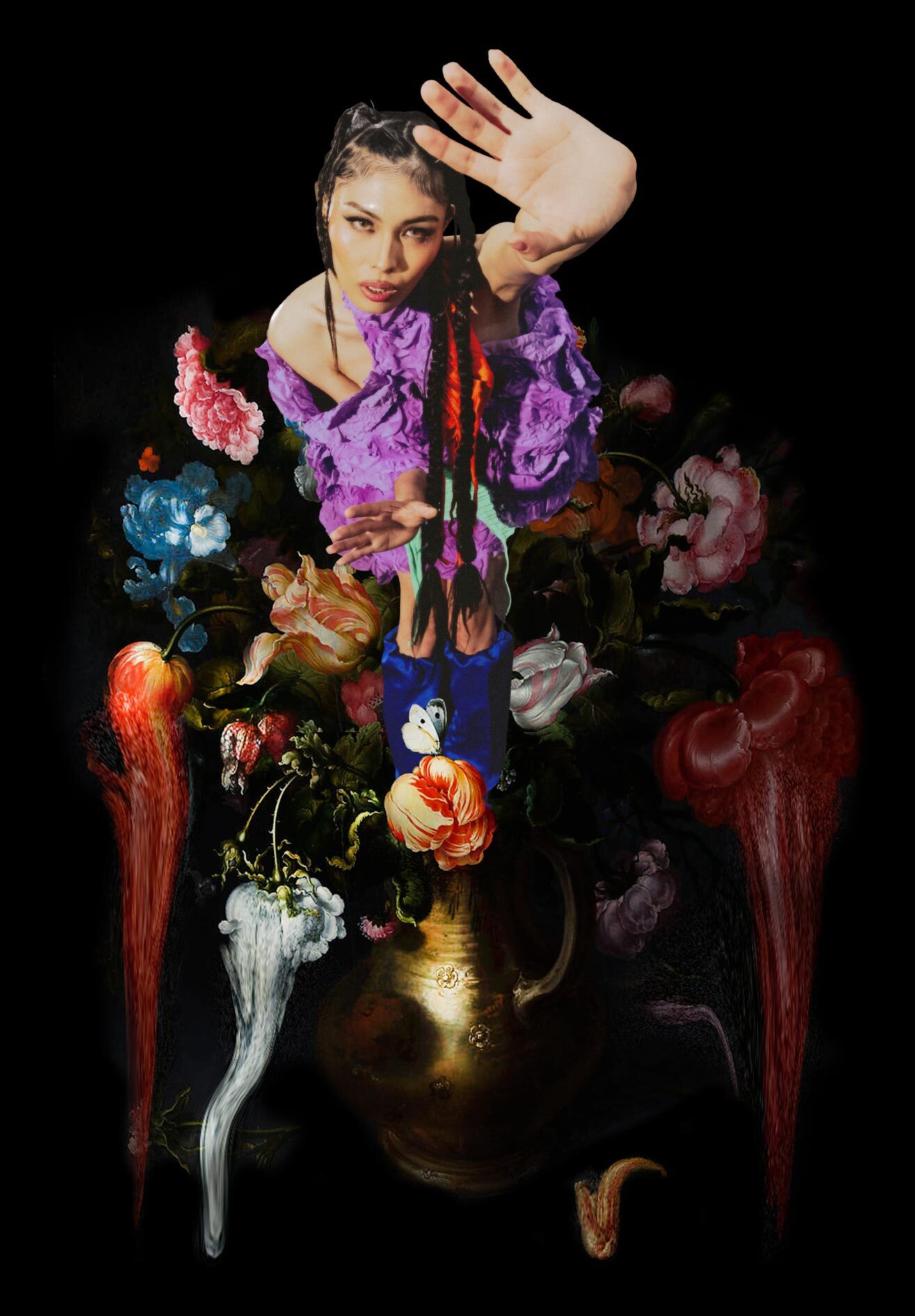 Selina Woo Bhang wears two hats on a daily basis. She’s a professional model—which isn’t hard to see—but she’s a designer in a studio, too. These two things have helped shape her, her outlook in life and her style. She isn’t the type to dress to impress whoever is in the room; style is simply a way for her to express herself as a creative.
“I’d feel bad if [one or the other is] labeled something as a ‘day job’ or a ‘side hustle’ when, in truth, it’s something that I’m also pouring a lot of my energy into,” she expounds. “The way I present myself is really just an accumulation of submerging my feet into two different industries.”

Her careers have helped Selina see, meet and interact with people whose styles affected her own. She tells us a story: “One rainy day in my 2019 trip to Japan changed my perspective. On a bus ride to Mt. Fuji, I saw a middle-aged woman who decorated her whole arm with so many bracelets. She wore a beret. She wore so many rings. She wore a vest. She just didn’t care, and she owned her look! It was insane, brilliant, and one of the factors that pushed me to just do whatever with how I approach style in general. “

Selina goes on to claim that her style is her own. What you’ll see her wearing is a combination of all the people, places and cultures she’s had the chance to visit—with a unique sprinkle of herself added into everything, of course. Before she went on set at the Wonder September 2022 shoot, we gaze at the initials intricately sewn on the sleeve of her button-down: SWB. She explains the project was done in the middle of cooking rice, and ended a few hours later. Regret? We don’t know her (but we do know the smell of burnt rice). 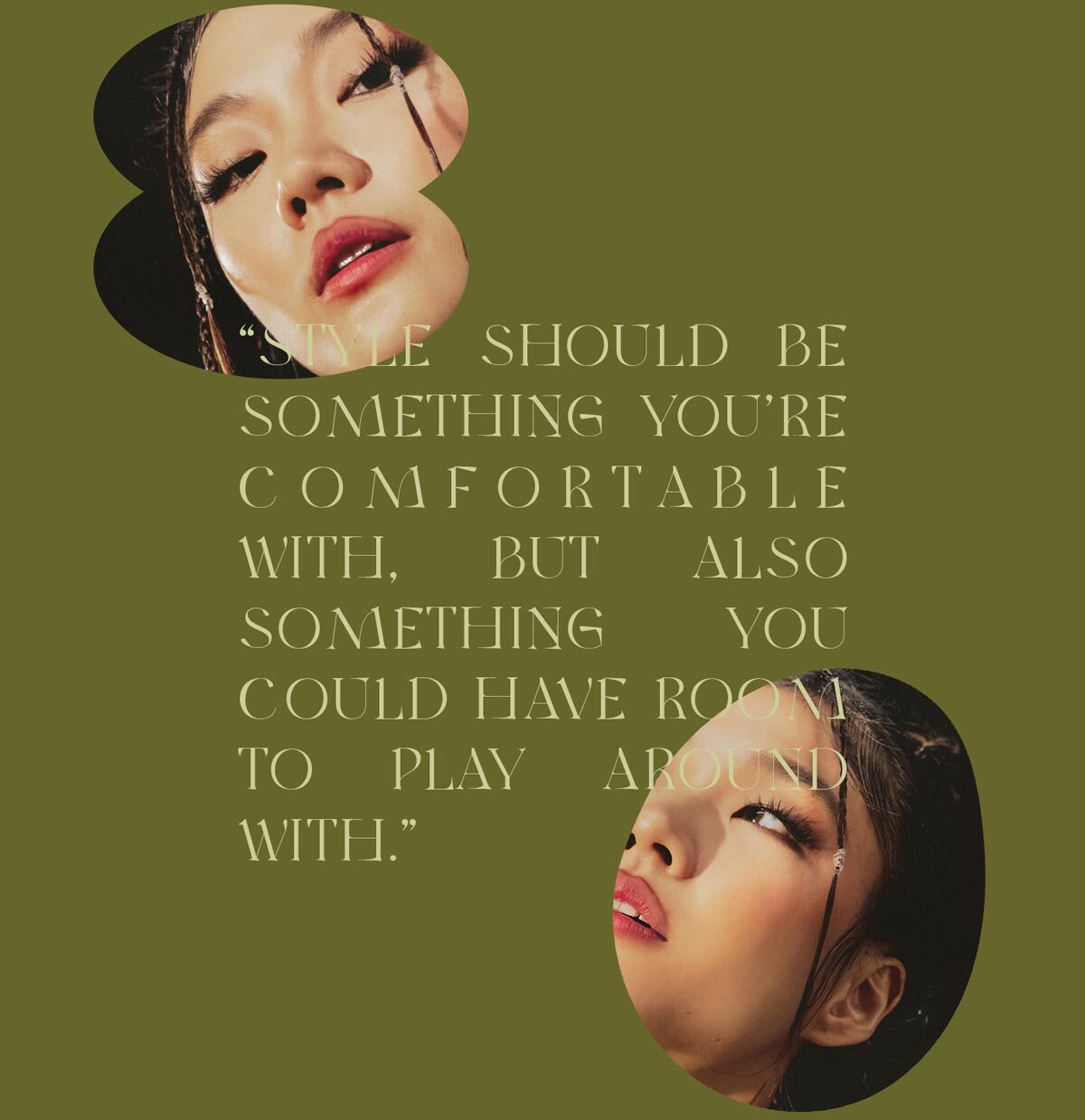 When it all comes down to style and how we tackle it, Selina breaks it down: “Style should be something you’re comfortable with, but also something you could have room to play around with. It’s striking a balance between keeping it familiar, but also allowing yourself to dip your toes into something outside the box.” 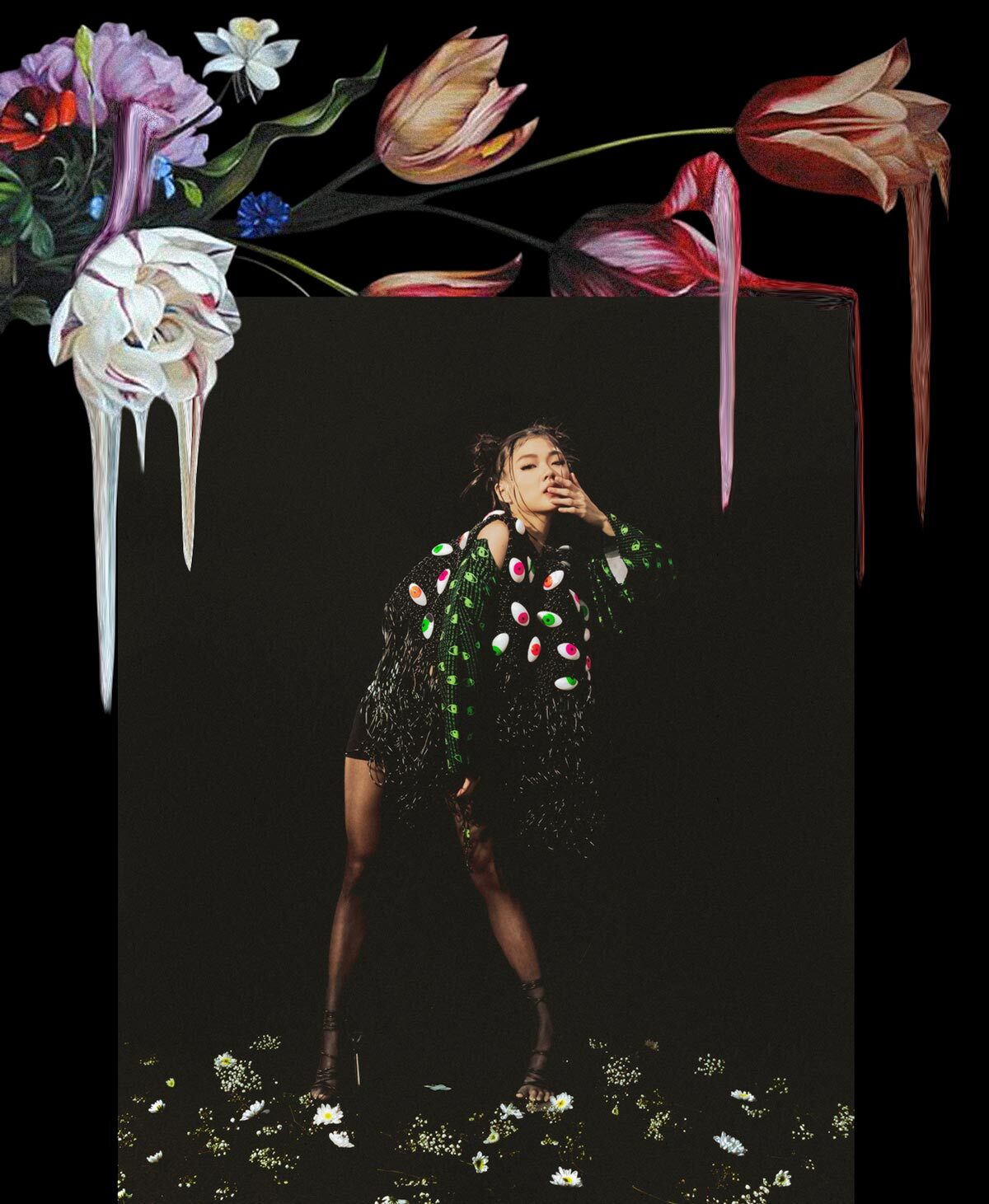 LE NGOK electric wire long vest, arm warmer and computer chipped sunglasses
The only male in our lineup, Xandro Miguell, is a believer in keeping things simple. You might never guess it from the way he greets someone—his voice echoing against the walls—or from the way he walks in the room. But his style is very much like his personality: “I would say that my style is simple or minimal, but at the same time, it’s eye-catching. So in short: simple pero pak ganern (!) pa rin.”
The role of minimalism wasn’t always evident in his life though. Xandro’s gone through a lot, both professionally and personally. He recalls, “I remember when I was around seven years old, I would wear a polo shirt or a button-down with a vest and a hat; Ryan Evans from High School Musical was my icon. Then high school came, I tried to fit in so my style was very ‘masculine.’” It wasn’t until college that Xandro discovered that style was open to interpretation beyond pink and blue-tinted glasses.
“In college, that’s when I fell in love with Japanese fashion. And I realized that fashion and style should be genderless,” explains Xandro. 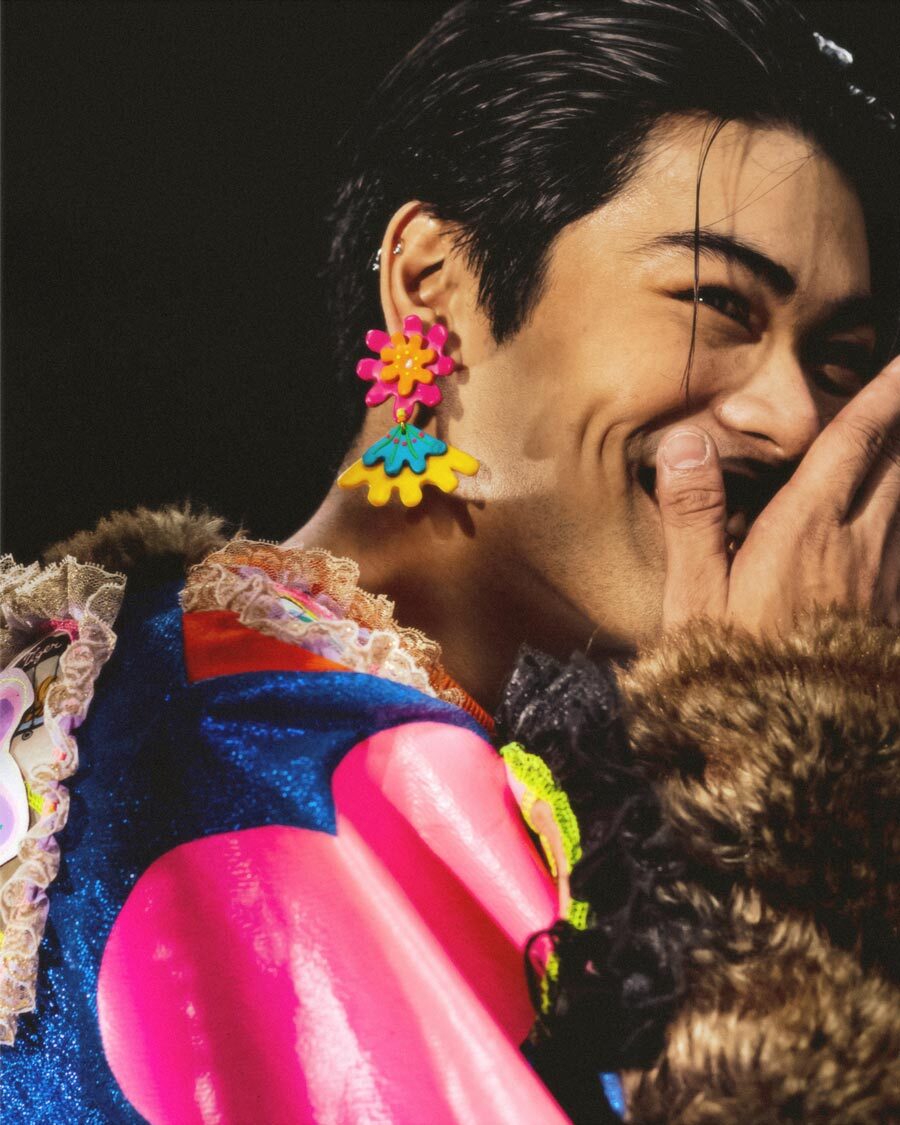 Fashion might be bending in its strict adherence to what is feminine and what is masculine, but Xandro cannot help but point out one other truth: “Fashion is a cycle, paikot-ikot lang yan (it just goes around and around). We’ve seen everything on the runway and on the streets.” But what he does hope to see more of is something that’s going to take more conscious effort on the part of everyone—individuals, designers, retailers, fashion houses.
“What I hope to see is that the people should be more open-minded, especially here in the Philippines. Dapat ibahin na ng iba yung mindset nila (There are some people that need to change their mindset).” 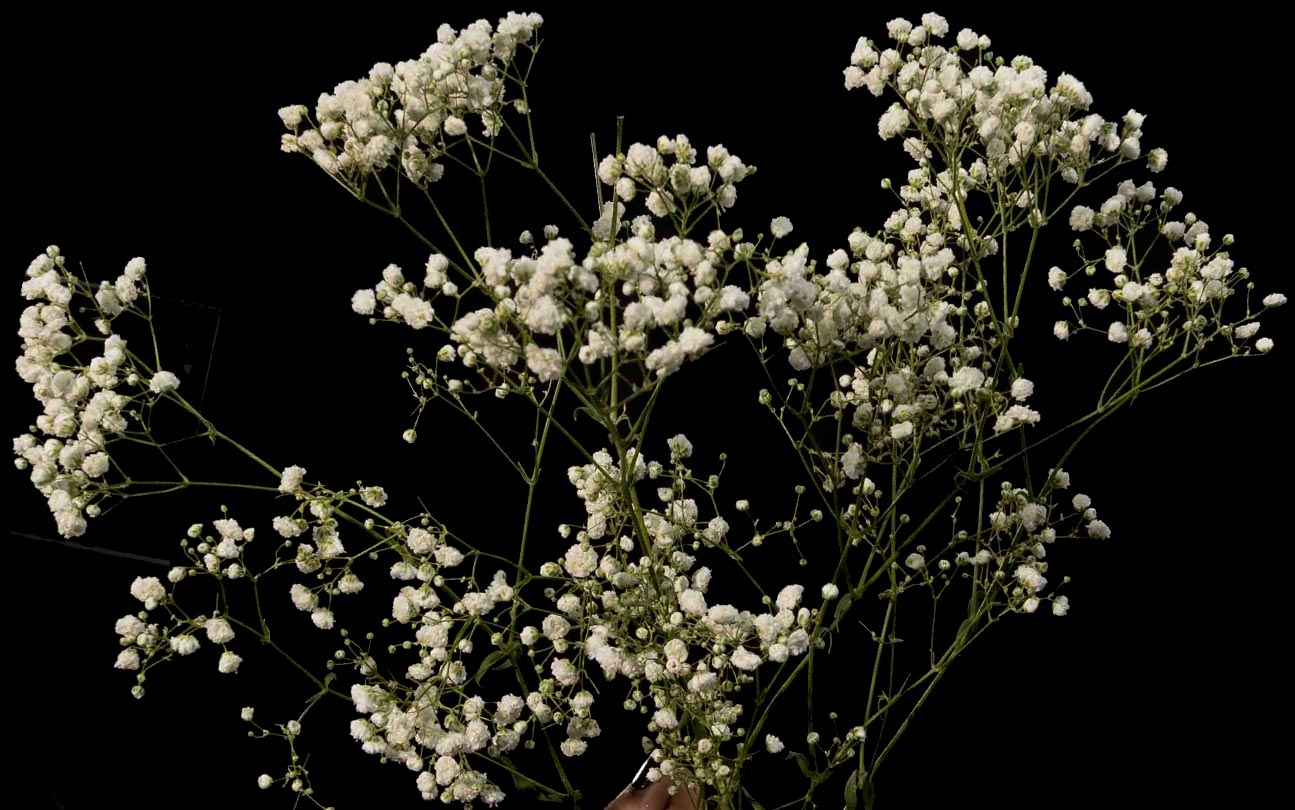 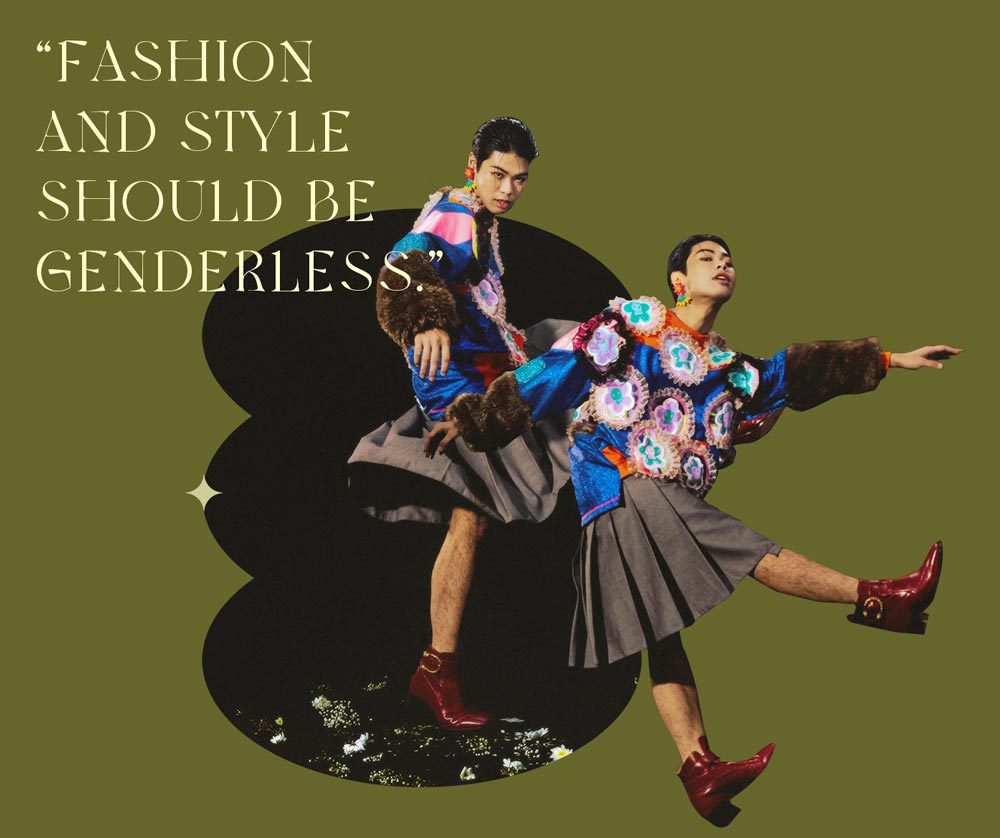 Salad Day x Tyang Kartel badge sweatshirt, Bryan Peralta kilt, Tropic Beatnik Flora Mystika earrings
Style, as much as it is about aesthetic and expression, is a learning process. And while this means finally wearing what suits you best instead of what’s on the runway, it requires us to challenge our ways of thinking, too.
We’re not out there changing minds and stopping traffic, but we echo Xandro’s number one style tip: “Never EVER forget to wear your confidence.”

Rounding up our cover stars this month is Jeska, whose own name is a depiction of how she approaches style. “I go by my chosen name, Jeska Entanglemeant, which essentially means ‘organized chaos.’ Things may not always seem to make any sense but everything is meant to be exactly the way it is, she explains. “That translates into my style as well. Never in perfect unison and order; I like mismatching and experimenting by putting together different pieces.”

Embracing the chaos wasn’t always the easiest thing to do. Jeska admits she has tried to hide her body, forcing it to fit inside a box that society wouldn’t give much attention to. Fortunately for her (and us), she’s moved past this. “[I am] embracing my calling to stand out, and working with the platform that I have. It’s okay to be different; we all are. The challenge is to be able to get along despite all our differences.” 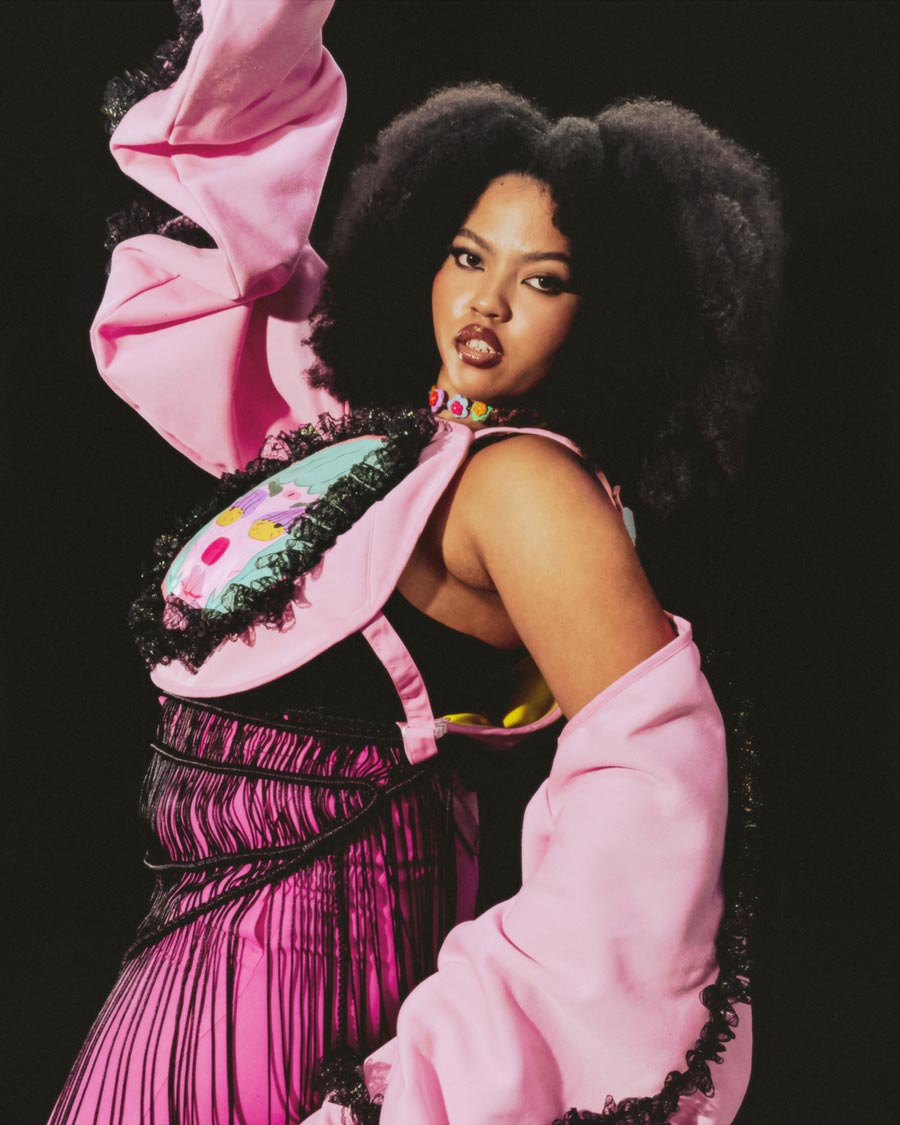 This belief is evident in Jeska’s personal style—a mix and celebration of one and another, striking that balance between the two—but it’s one she lives by as well. “My religion, philosophy and politics is deep ecology,” she starts. “I am mindful of the duality and interconnectedness in all things. I interact with the world with dialectical thinking and frameworks of oxymorons. Challenging reality and what’s deemed as absolute truth.”
She continues: “Everyone has both feminine and masculine aspects within. Each one of us can be both victim and perpetrator. There is no order without chaos. There is no pleasure without pain. The point of detachment is engagement. My intention is to be able to sit, embrace and cherish the perfectly imperfect journey of life.”

After telling us that everyone and everything would be better if we as individuals learned to mind our own business, we ask her what she wants to see more of in the world of style, she unapologetically answers: “ME!!!” And while she admits it’s half personal, there’s a larger message to it than just professional gain.
“I would like to see more bodies like mine or like my friends’ and family’s, the people I see everyday walking in the streets of Manila,” explains Jeska further. “People come in so many different shapes, sizes, skin colors, backgrounds, class and gender expressions. Style is for everyone no matter what and I would like to see that reflected on the runway.” 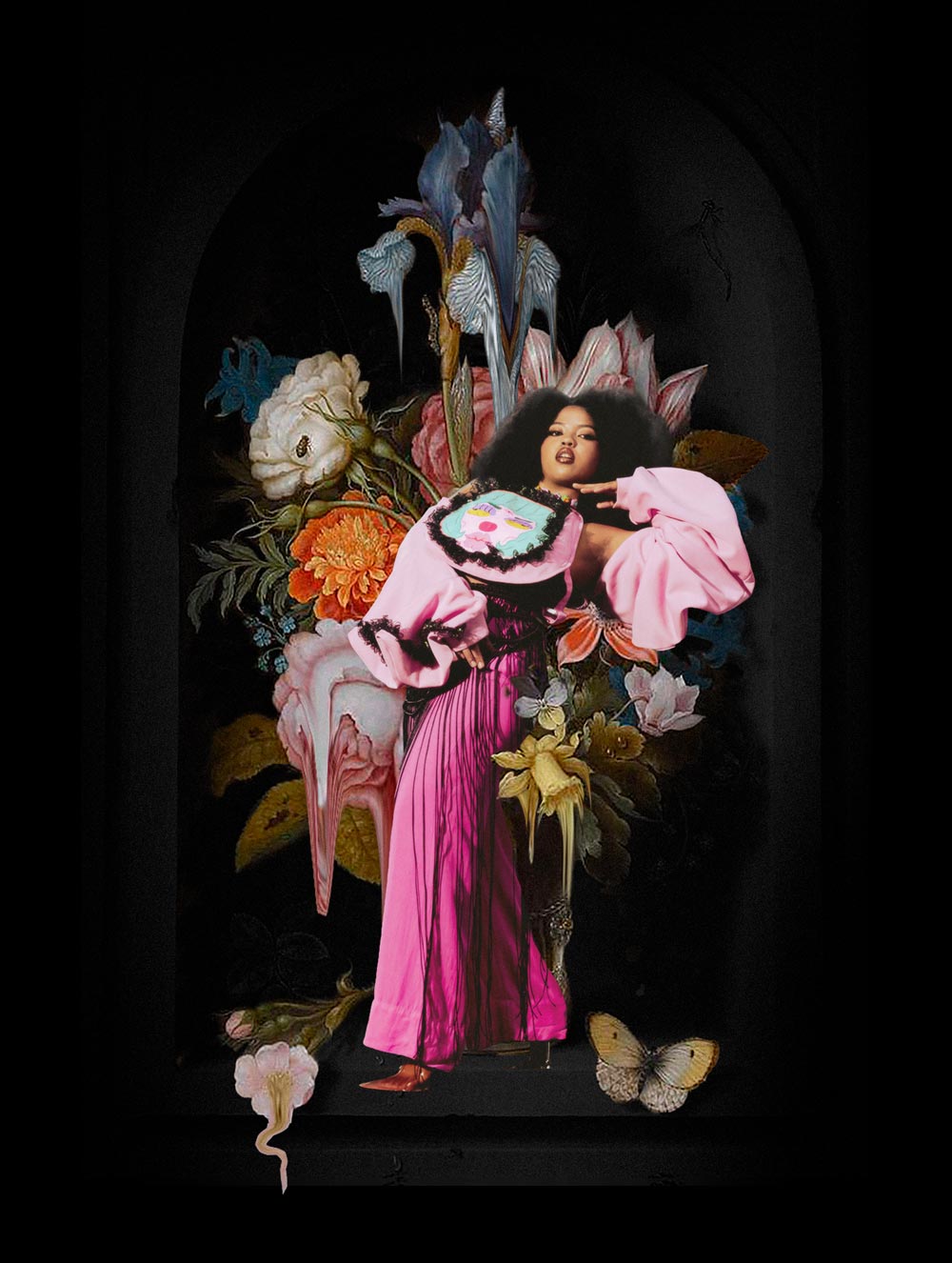 The conversation on fashion will never end—and it shouldn’t. It’s become a catalyst for change, a way for people to make a stand; it’s challenged the everyday person to think more about what they consume. But fashion is a double-edged sword; as much as it’s been good, it’s also been the root of insecurities, and has acted as a bullet for misplaced criticism.

But we’re learning and re-learning that while fashion might be intimidating, style is a celebration. Fashion is given, style is unapologetic, subjective and flexible. 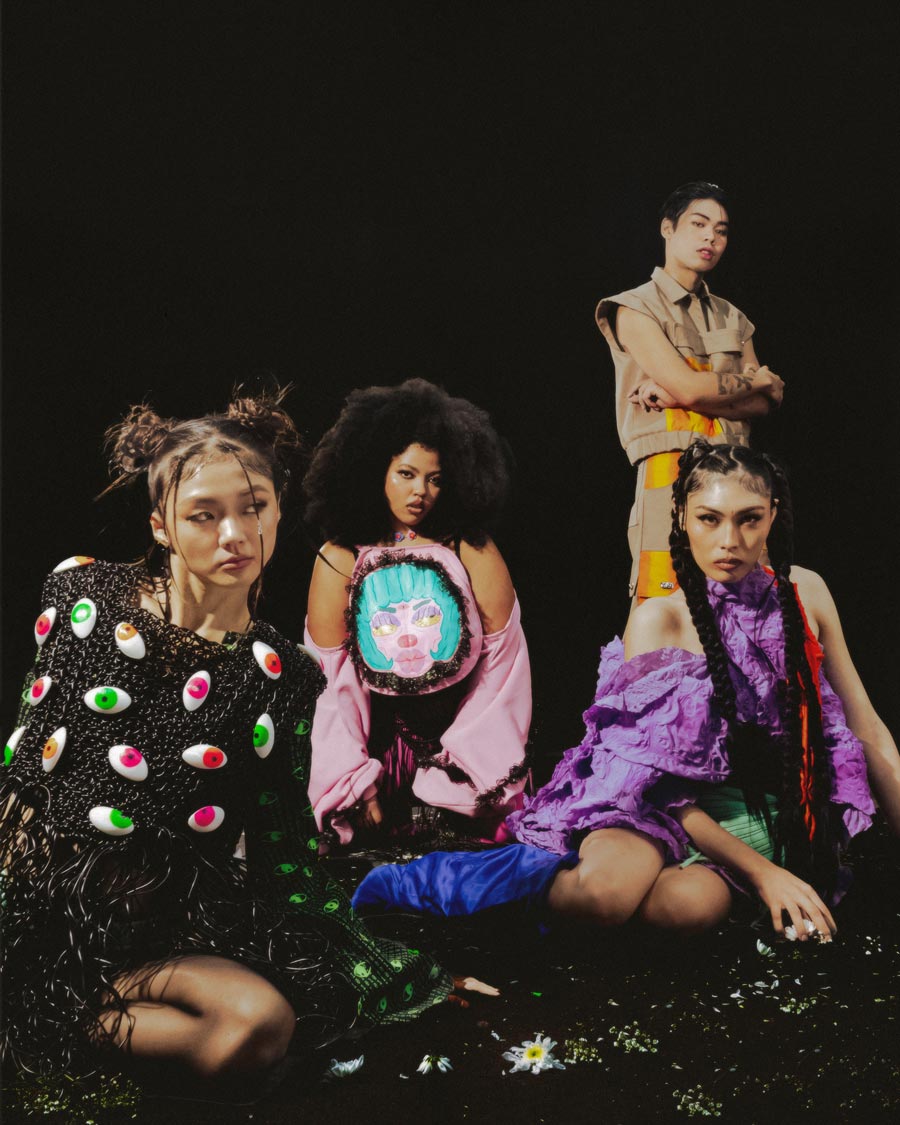 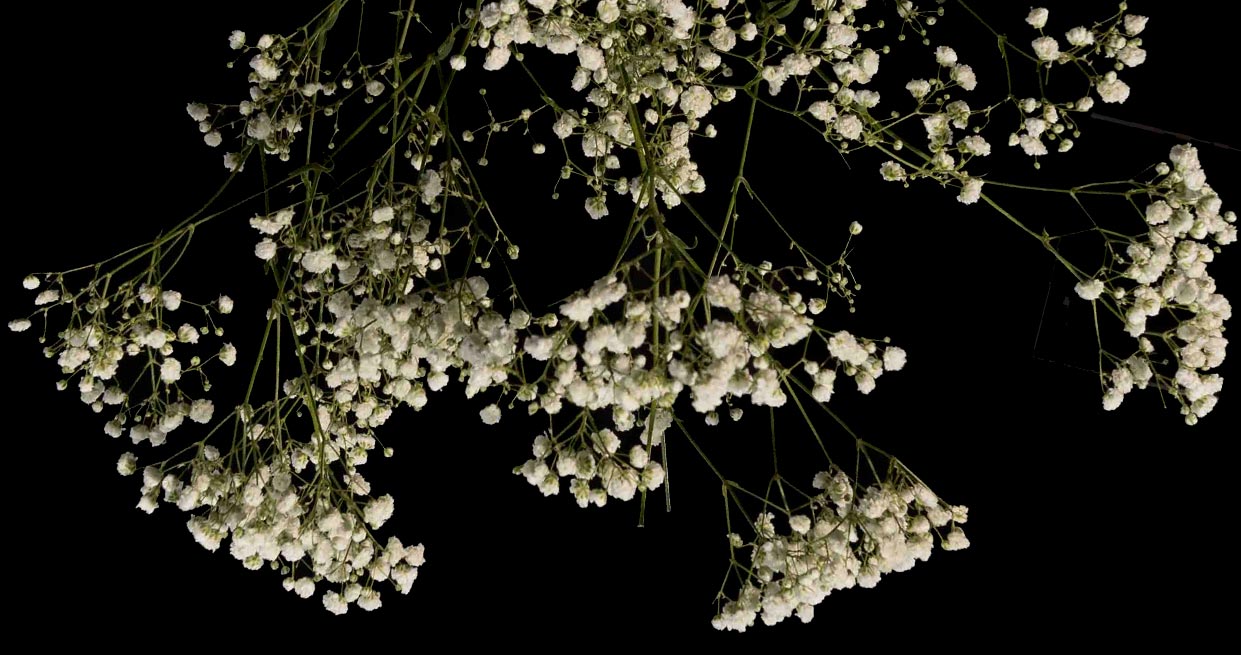 On Xandro: Kill Joy Studios vest and patchwork convertible shorts/pants
So celebrate and be a cause for celebration. Be the person that walks by and demands that everyone else take a second look. Take what works for you, and discard everything else. And if it makes anyone uncomfortable or feel seen, heard and at peace, then congratulations. Because as long as you’re making people feel something, then you’re doing something.

Your Guide to Balancing Maximalism for Everyday Wear

Shopping Got Easier When I Stopped Taking Sizing Personally