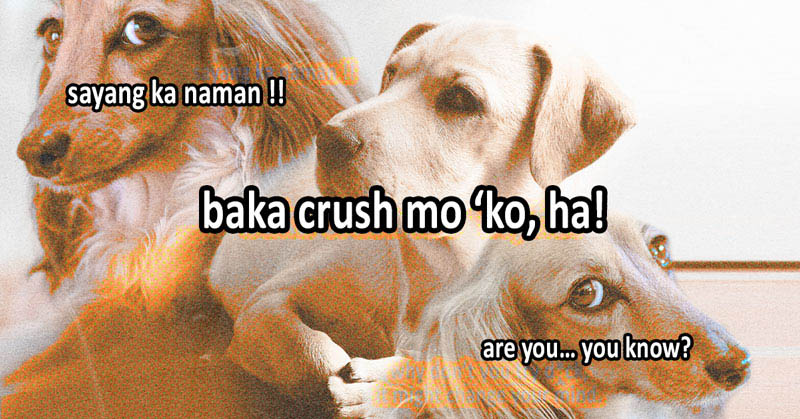 Think twice before you open your mouth—for obvious reasons

Letting our mouths run without much thought has its consequences. From a slip of the tongue that reveals a well-kept secret or a piece of unsolicited advice that does more harm than good, we don’t know what the power of the spoken word can do. While some people’s brain-to-mouth filter sometimes falters, it isn’t an excuse for offensive behavior. And perhaps one of the biggest recipients of the weirdest, most harmful and most backhanded comments are members of the LGBTQIA+ community.

Every day, the LGBTQIA+ community and its allies tirelessly work to make an inclusive and gender-sensitive environment for all. We see it in supporters taking it up to public policy and establishments using gender-neutral language. As a result, conversations long overdue finally happen in essential spaces. But in reality, we still have a long way before we can fully proclaim that our society is fully accepting of queer people. In our own social circles, we still need to educate more people on the basics of SOGIE.

Many allies often mean well when they discuss LGBTQIA+ individuals and their relationships, but may end up saying something backhanded. Jokes that poke fun at realities might sound insensitive coming from the wrong person. That’s why we should be careful about uttering such quips. Up ahead, we crack down on the common backhanded comments received by members of the community and why we should stop saying them.

RELATED: What Not to Say to Someone Who Just Came Out to You

What are members of the LGBTQIA+ community supposed to look like?  Stop assuming that members of the community look the same or embody the stereotype attached to their label. SOGIE means sexual orientation, gender identity and expression. It means that their romantic, sexual preferences don’t always correlate to how they identify as individuals and how they outwardly express themselves.

“Was your ex that bad that you turned gay?”

We all love talking smack about our friends’ exes. But some comments hurt the other person instead of making light of a situation. We need to remember that people discover and explore their preferences independently. While sometimes others can be the catalysts to help someone realize who they’re attracted to, becoming a member of LGBTQIA+ isn’t a result of a negative relationship.

“Are you… you know?” or censoring the label they identify with

If queer people wear their labels proudly, you should also identify them with the same pride. Unfortunately, some people approach using the words under the LGBTQIA+ acronym with too much care that they refuse to say them at all. News flash: members of the community deserve to be called by the terms they want. These affirm their identity and expressions, and it validates their experience. It’s not a joke, a game or something negative to be ashamed of.

Telling them, “Don’t fall in love with me” after they come out to you

Just because a gay person likes the same sex doesn’t mean they’ll like everyone who falls under that. Sorry to be the bearer of bad news, but that includes you. So while you want to lift a mood after a serious coming out conversation, verbalizing this assumption comes across as offensive. Queer people also have their preferences. Being queer doesn’t make them promiscuous or susceptible to falling in love with anyone and everyone.

Is the term “good-looking” and its synonyms reserved for straight individuals only? No one is a “waste” just because they identify differently or love people of a particular gender. They’re free to love whoever they want and look how they want to. Honestly? The only thing wasted is your energy making someone feel wrong about things they cannot control.

“Why don’t you try sleeping with the opposite sex—it might change your mind.”

This is one of the most offensive things you can tell someone from the LGBTQIA+ community. We acknowledge that gender and sexuality are fluid. We can change and outgrow labels as we experience more in life and discover more about ourselves. But there, too, exist individuals who remain self-assured of their SOGIE. Suggesting that a night with someone they aren’t attracted to can change their mind is detrimental and offensive.

Yes, even if you intended to say it as a joke.

RELATED: Horror Kissing Situations You Do Not Want To Be Caught In

Think twice before you open your mouth—for obvious reasons. Instead, we should actively create a space void of any judgment or predetermined opinion so that LGBTQIA+ people have a safe environment to come as they are. That requires a little more critical thinking on the words we speak. You’ll still have a lot of material to joke and make fun of. Their SOGIE shouldn’t be part of that list.

Backhanded comments aren’t the only bad things that can come out of your mouth. Bad breath can also stop you from getting closer to your friends and loved ones. But at least with Closeup’s anti-bacterial Zinc, you’ve got help kicking bacteria breath to the curb and keeping your breath fresh all day. So say no to bad words and bad breath. Instead, say yes to all kinds of love.

If you plan on educating your friends and family on negative things they’ve uttered, get creative and try out Closeup’s #FreeToLove filters on Facebook and Instagram.

This June 13 to 15, get your hands on fantastic Closeup products and an exclusive Pride Month tote bag for a minimum spend of P 299. Buy Closeup at the nearest supermarket or online via Lazada or Shopee.