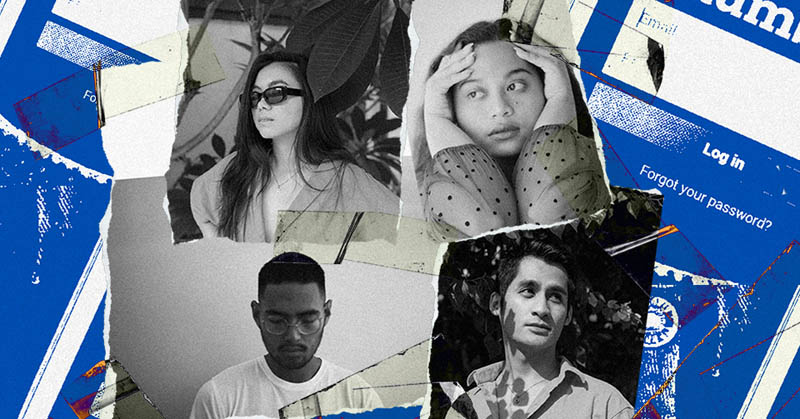 Kids These Days Will Never Know Tumblr: These OG Users Tell Us All About The Blogging Platform

We get to know Tumblr, the microblogging platform that served as a lifeline to these Filipino creatives

Tumblr is so easy to use that it’s hard to explain.

Today’s Gen Z has TikTok, the streaming platform championing short-form videos and content. Back in the day, millennials—along with our collective angst—had Tumblr, the nostalgic microblogging website where everybody had a place at the table.

As a key player in the digital ecosystem, Tumblr allowed creatives to effortlessly discover—and hone—our crafts, regardless of an audience. The best part is, it could be anything we wanted it to be: an online diary, a means to network (without leaving home), an anonymous messaging tool (remember Formspring?) and, for many, a lifeline. No one was posting for clout, and our number of likes and followers were not considered social currency—we simply did it for ourselves.

Nowadays, we’re undoubtedly bombarded with easy information and marketing (albeit watered down). We long for a time when we simply had the time and space to be; we weren’t rushing to “create content” for engagement, and we weren’t competing with other creators.

Kids these days will never know Tumblr, but thankfully, these all-around Filipino creatives do.

Executive Producer and Founder/Editor of COMMONER

JP: Tumblr had a big influence [in] my life, especially in my career. It had a lot of use for me. First, back then, I used Tumblr for publishing my multimedia work. I was trying to figure out my tool kit as a creative, so I was writing, designing, producing videos, making music, publishing movie reviews, curating playlists, etc. Since it was a very user-friendly site with lots of helpful features, all these things were possible.

Second, I also used it to find pegs and inspiration—which were abundant on the platform. I was able to find my “voice” and “style” because I had access to a diverse pool of work—from the paintings and photographs by young Filipino creatives to wonderful writings by the OG Kinfolk staff.

JP: The thing that I really liked about Tumblr back then was that I felt like I [could] explore a dimension of myself that I couldn’t outside of the platform. Because most people there were creative in a way, everyone was supportive of each other. I felt very free to experiment and mess up and express myself through my work. I don’t think there is a platform that exists today that has successfully replicated that kind of environment for young creatives.

W: Do you think that kind of microblogging website helped you become the artist that you are today?

JP: Tumblr (and blogging as a practice) definitely impacted how I am now as a creative professional for a variety of reasons. It helped me develop my taste for what’s good and what’s not. Blogging also helped me become more open to new ideas and different worldviews. Another reason why I’m thankful that I was on Tumblr back then was that it taught me the value of building relationships with other creatives. I made friends from that era that I still interact with today. I know I [wouldn’t] be doing the things that I am doing today if I didn’t learn the things I learned from that time.

JL: I used Tumblr to post my work primarily. When I started, I really used it as a blog in high school or early college. I moved from Multiply to Tumblr. I would chronicle my day [during] the early days of blogging; I would type out how my day went…mga random “day-in-the life.”

W: Do you think that kind of microblogging website helped you become the artist that you are today?

JL: Yes! Parang Tumblr, at least in terms of work, I eventually started using it as my portfolio for my photography. Kasi ‘di ba may limit sa pag-post ng content: 10 images (Because you had a limit with the content you post: 10 images). It really taught me how to edit down my work, how to curate. How do I edit it down to a more solid set that will be able to convey whatever I want to say with my photos?

It’s such a different vibe, blogging sites in general. I can’t explain it. It feels like there’s so much more space for you and your work. I miss that…I also like how our work adapts to newer technology, but syempre may sense of nostalgia. I also feel like there should be space for sites like that.

RELATED: Is the 2014 Soft Grunge Tumblr Girl Movement Coming Back?

Andrea: As a small town girl, it was a way for me to discover and connect with new people. I grew up in the province, and it was the same routine every day; I wasn’t really exposed to a lot of different things. But through Tumblr, I started getting inspired with how people expressed themselves—through photos, writing, design. I also treated it as my diary. I would just take photos, post and write about how my day went.

Andrea: It made me feel like I was building my own world through the people I follow. I got to curate who [showed] up on my dashboard and they were mostly artists, so I was always inspired to come up with something to post—be it a photo, a journal entry or even a really sad attempt at graphic design.

W: Do you think that microblogging website helped you become the creative that you are today?

Andrea: I truly believe I wouldn’t be doing photography right now if it weren’t for Tumblr. I can’t stop gushing every time I end up working with people I knew from Tumblr. Somehow, we all still ended up in the same circles. It’s been 13 years, and I feel like every time I look back on how everything in my creative career started, it’s always gonna point back to Tumblr.

Gail: I used Tumblr mainly as a diary way back in 2009 as a high school student. It eventually transitioned into an online portfolio where I was able to share my work, and meet and interact with fellow artists.

Gail: It was pretty overwhelming at first. I was young and was only starting to have an interest in photography and the world of art. But blogging came naturally to me, I guess. Logging on to Tumblr almost on a daily basis gave me passage into a whole new world, and somehow became a comforting habit. More so, it was exciting seeing anything and everything all in one place. I also had my best friend to share the experience with, which became a unique way for us to bond.

W: Do you think that microblogging website helped you become the creative that you are today?

Gail: Definitely! I was a budding artist when I joined Tumblr, and it taught me a lot. It was both a source of inspiration and education for me as a beginner. It helped me express myself better both as an artist and as a teenager.

RELATED: Revisiting Cubao X After a Decade, the Original Hub for Creatives in Manila

Were you part of the generation that used Tumblr? What did the blogging platform mean to you? Leave it in the comments below!