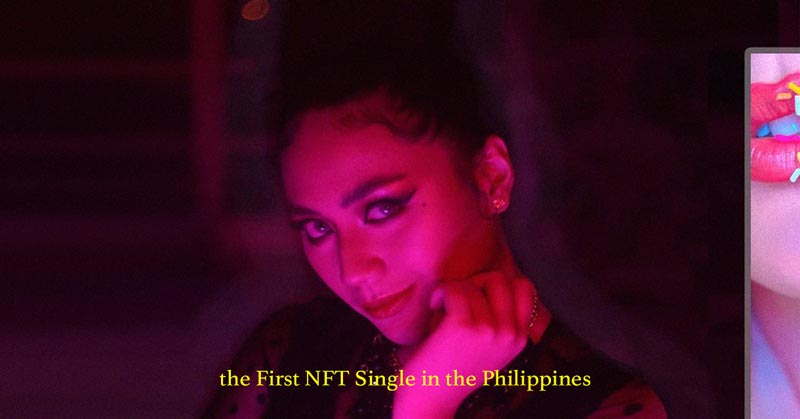 The First Local NFT Single Has Been Released—What Does It Mean and How Do We Feel?

Technology, money and music are coming together to form the unique love triangle that is NFT music. And with the release of Ali Young’s single, Craving, the Philippines officially has its hat in the ring.

If that statement was confusing at all, I get you. Let me explain.

Chances are you’ve heard of NFTs by now, but here’s a little rundown. NFTs (non-fungible tokens) are basically a form of cryptocurrency. The only difference: they don’t hold money—they represent assets. Through a process called minting, an artwork, a video, an iconic tweet or gif can be blockchained, making it tamper-proof.

We do a deeper dive into non-fungible tokens in this article. But put simply, owning an NFT is like owning a contract. It is proof that you have legal claim to the file the NFT represents.

That said, NFTs are rare, unique and therefore, pricey. When sold, they can give you a pretty handsome sum—which is where the idea of monetizing music comes in.

Depending on the terms decided by the creator, they can continue to make money off of the NFT every time it’s sold. If the creator decides to put in this clause, their monetization scheme is not unlike the way royalties work.

But, see, NFTs are more than just a money-making vehicle for creators and musicians.

As far as demand goes, the market for NFTs is promising. While ownership enough to get some to invest a pretty penny in an NFT (imagine owning the original copy of your K-pop faves’ music video), bragging rights aren’t the only reason people are excited. NFTs have potential to create communities, acting as an access pass to special perks for superfans.

Take Kings of Leon, for instance. Earlier this year, the American rock outfit made headlines for being the first band to release an NFT album. While the music itself is available on all major streaming platforms, the token version of the album was available for purchase for just two weeks. The NFT came with a collection of perks for fans: a moving cover, a digital download and a limited edition vinyl.

There’s a whole world of untapped potential where NFTs are concerned. Seeding exclusive media, creating custom experiences and giving gifts exclusive to NFT owners—it’s like a modern-day fanclub membership that could blow K-pop’s Weverse and Lysn out of the water.

RELATED: High Quality Headphones Just For You? Look No Further Than JBL

Now, let’s dial back to the beginning of the article. Local musicians are starting to venture into the digital scene with a fresh face, Ali Young, leading the pack.

In a now-deleted viral video, Ali Young gained widespread recognition for effortlessly covering Yeng Constantino’s Ikaw—high notes, emotion and all. The 25-year-old talent landed a contract with a label called Alibatta this year. A new indie label and entertainment tech company, Alibatta is pioneering the distribution of music NFTs in the Philippines.

The song is an obvious departure from the genres Ali Young was known to gravitate towards prior to her first official single. Graduating from the innocent, acoustic love songs she sang throughout her teenage years, Craving’s mature R&B sound cracks open a new chapter for the artist.

Craving’s music video is slated for release on July 15th, while the track has been available on all major streaming platforms since late June. Playing into Alibatta’s vision, an NFT version of Craving is available on crypto marketplaces, making it the first NFT record in Asia. At present, the single is selling for up to 1 million pesos on Binance.

RELATED: How to Start a Podcast During the Quarantine

And while all of this is revolutionary, we can’t discuss an NFT breakthrough without addressing the elephant in the room. Like all cryptocurrency transactions, trading non-fungible tokens doesn’t just come at a hefty price financially—it poses a grave environmental cost, too.

Most NFT creators use Ethereum, a form of cryptocurrency, and mining it takes a large amount of energy. Let me put it  into perspective. The amount of energy used by Ethereum in a year is roughly equivalent to what the entire Nigeria uses. Through the lens of NFTs, a single transaction is estimated to have a carbon footprint of 48 kg CO2, according to programmer and artist Memo Atken.

On one hand, NFTs come hand-in-hand with expedited environmental decay. But on the other, even without NFTs in the picture, crypto mining will persist. As the global tech landscape runs at full speed ahead, where do we place ourselves?

For Alibatta Records, it’s all about leveling the playing field. “Our vision is to make sure music is adaptive to both the needs of the artist and their fans who are the foundation of the industry,” shares Geoff Mabasa, the company’s president and CEO.

But we’re curious: what are your thoughts on NFTs and NFT-minted records? Sound off in the comments below.