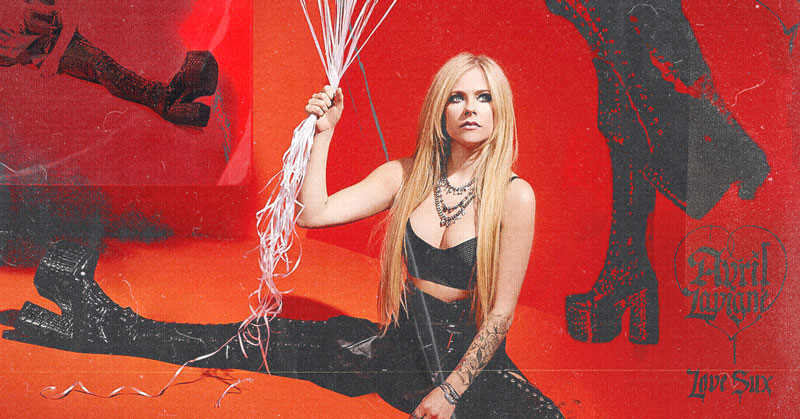 There’s no denying that pop-rock and alternative music are getting their return to the mainstream. Maybe it’s the times, or it’s because trends work in a circle. But as our collective situations remain turbulent, there’s nothing more liberating than raging our worries away to palpable drums and guitar shreds. The abundance of jams reminiscent of our younger years set the stage for the return of the queen who shaped that genre and sound to begin with: Avril Lavigne.

Even before kicking off her grand return with Bite Me, Avril Lavigne drummed up hype surrounding her seventh album. Once the highly-anticipated comeback record dropped, safe to say we started to party like it’s the 2000s again (but did we really stop?). Love Sux offers the perfect midpoint between Let Go and The Best Damn Thing. Equally angsty and rebellious, but a lot more mature. Something still so, so relatable that it’ll have you dancing in your room as if you’ve just gotten back home from school. So put your headphones on, turn the volume up and allow each of her songs to consume you whole.

RELATED: Is A Friends with Benefits Relationship Sustainable?

Once again, she embraces that “I could care less” mentality, bringing it back in full throttle with this album. Just listen to Cannonball and Bite Me, where Lavigne amps up the brattiness and rebellion she’s known for. Déjà vu enumerates the excuses for bad behavior that she’s seen, heard and believed in this lifetime, perfectly capturing the frustration that comes along with it. If the song titles give anything away, the tracks revolve around angsty romances in adulthood. Sure, we’d all like to believe that we’ve grown past that, but the mess of love can still get out of hand. And Avril Lavigne understands that perfectly.

Instrumentally, all the tracks from Love Sux often sound familiar, letting us trace back to her previous eras with much ease. Sometimes it’s a good thing, but for other tracks, it’s bad. Case in point: Her duet with Machine Gun Kelly, Bois Lie. Aside from the title that feels too childish, the lyrics feel too shallow, especially on the topic of revenge. But in Love It When You Hate Me, Lavigne soars in mixing the old with the new. She recruits alternative hiphop singer blackbear, who lends some melodic raps, cutting through the usual bubblegum pop-punk-ness of the album.

RELATED: Nine New Tracks to Check Out on Spotify: March 2022

But beyond the usual “I hate love, and I hate you, motherfucker,” Love Sux also shows Avril Lavigne turning inward. Dare To Love Me has Lavigne with her guard down, a vulnerable ballad in between tracks with strong shows of force. She declares that, despite her high walls, she has her own fears about love. In Avalanche, she lets out, “I wish my life would’ve came with instructions.” Even at 37, Lavigne still feels lost despite clocking in almost four decades in her life. It’s reassuring, especially for the 2000s-era kids who looked up to her and eventually grew up into adults looking for solace and validation in 2022.

Here’s the thing, as much as rocking out to the younger emo poster children can be fun and satisfying—it still feels a little odd. At least the Millennials and Gen Z cuspers have Love Sux, where Avril Lavigne reminds us that emo was never a phase. So aside from literally showing everyone who defined the genre, Avril Lavigne boasts that she still gets us years later. Sure, we’ve outgrown the black nail polish, the neckties and the extremely side-swept bangs. But if there’s one thing to learn and love from Love Sux, it’s that Lavigne still finds joy and fun in the things the world thought she outgrew. Maybe it’s high time we do the same, too.

Listen to Avril Lavigne’s “Love Sux” on all streaming platforms.