“Cultural appropriation,” buzzwords frequently used by the self-satisfied watchdogs of the internet, hasn’t stopped stirring the pot since the dawn of the Woke™ generation. But has confronting these offenders actually improved the dialogue on the subject?

The answer doesn’t bare itself easily. And when the desire to be culturally sensitive works hand-in-hand with call-out culture (yet another borderline toxic facet of social media), cultural appropriation only gets further lost in translation. The question becomes: does it enlighten or cause further divide?

Everyone seems eager to condemn blunders like cultural appropriation, but somehow can’t get on the same page regarding what it is they’re condemning exactly. Well, when in doubt, start with the textbook explanation: Cambridge Dictionary defines cultural appropriation as “the act of taking or using things from a culture that is not your own, especially without showing that you understand or respect this culture.” The catch here is that expressions denoting respect or understanding are, at times, relative. What constitutes as a sign of respect for one might not cut it for another. What understanding is in the eyes of two people walking vastly different paths in life may be just as vastly different, too.

At one point in time, the United States, land of dreams and land of the free, prided itself for being a melting pot of cultures. The intermarriage of ethnicities was once a cause for celebration. Cultural exchange was once deemed one of its strengths. In recent years, however, the dynamic behind this has changed drastically. People are now asking: What about intersectionality? Cultural exchange is well and good, but it cannot function without consideration for a people’s other social identities. What about race? What about class? What about heritage? What about history?

They also want to know: How is it an exchange if only one side gives as the other takes? How is it that cultural elements are perceived as clichéd, exotic, corny or less than when they are used by the minority group involved in its cultural authorship, but are chic, elevated or applauded when they are used by members of a dominant group of society (often in the context of capitalism and sensationalism, too)?

A then-16-year-old actress and activist Amandla Stenberg points this out in her crash discourse video on black culture—a culture the first world media and pop culture loves to take inspiration from. In “Don’t Cash Crop On My Cornrows,” she says: “The line between cultural appropriation and cultural exchange is always going to be blurred, but here’s the thing: Appropriation occurs when a style leads to racist generalizations or stereotypes where it originated, but is deemed as high fashion, cool or funny when the privileged take it for themselves.” She ends the video by posing this question: What would America be like if we loved black people as much as we loved black culture?

This imbalance is an injustice and it cannot exist anymore. This is what people are fighting for…and fighting over.

RELATED: On Freedom, Independence, and the Shackles of a New Millennium

Where It Gets Tricky: Appreciation Versus Appropriation

In order to pay homage, it has to be done right, it has to be done tastefully and it has to be done deliberately. “Right” here means you don’t take a fragment of somebody else’s identity, call it something else and pass it off as your own. “Tastefully” is a sign of respect. It means behaving accordingly and paying close attention to detail (you can’t pay tribute to something if you get your basic facts wrong or fail to acknowledge its original significance). Lastly, “deliberately” means there must be a deeper, underlying purpose. “I don’t know; it just looks nice” is not a purpose. Just for show is not a purpose.

There were better and more subtle ways your could’ve executed this if you were inspired by your trip to China. Chinese people today don’t even wear that type of fabric on the daily, what you decide to show and claim you’re inspired by is stereotypical and inaccurate

you didn’t research shit lmao. you put them in front of a japanese restaurant in chinese clothing. and the chinese don’t put literal wood chopsticks in their hair they have hair accessories made from gold and beading. just own up to your ignorance.

The Gray Area: Ignorance Versus Appropriation

But then again, not everything is black and white. There’s plenty of hostility going around for a topic with such a large gray area. Ignorance is the blurred line that runs between deliberate appropriation and well-meaning appreciation.

Teen Vogue writer and un-ruly founder Antonia Opiah wrote, “Cultural appropriation only exists because the world isn’t fair. […] Cultural appropriation would be the cultural exchange everybody wants and loves IF it were occurring on an even playing field, but it’s not.” But what if you aren’t aware of the disparity in power in the first place?

With social media rocking the boat, it’s hard to believe that there are some people left unaware about cultural appropriation. But in countries where English is not the medium of instruction, especially, there continues to be a lack of sensitivity. Consider this: There’s a big difference between a person who knowingly throws around the ‘N’ word and someone who was put in a costume by a stylist without knowing better. Between someone who refuses to credit to black people for dreadlocks and a person who does the Harlem shake because it’s a trend gone viral. Where does that leave us?

To the beholder, a word is just a word and an outfit an outfit until they are made aware that it equates to a racial slur or represents a culture. Give them a starting point; help educate. Ignorance is no better than appropriation, but perhaps the spite and hostility should be spared for repeat faults or informed offenses.

RELATED: Pinoy Pride? These Foreigners Teach Us What It’s All About

What’s your take on cultural appropriation? 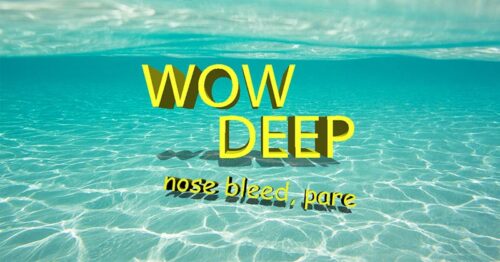 Pinoy Culture: Why Do We Smart Shame?