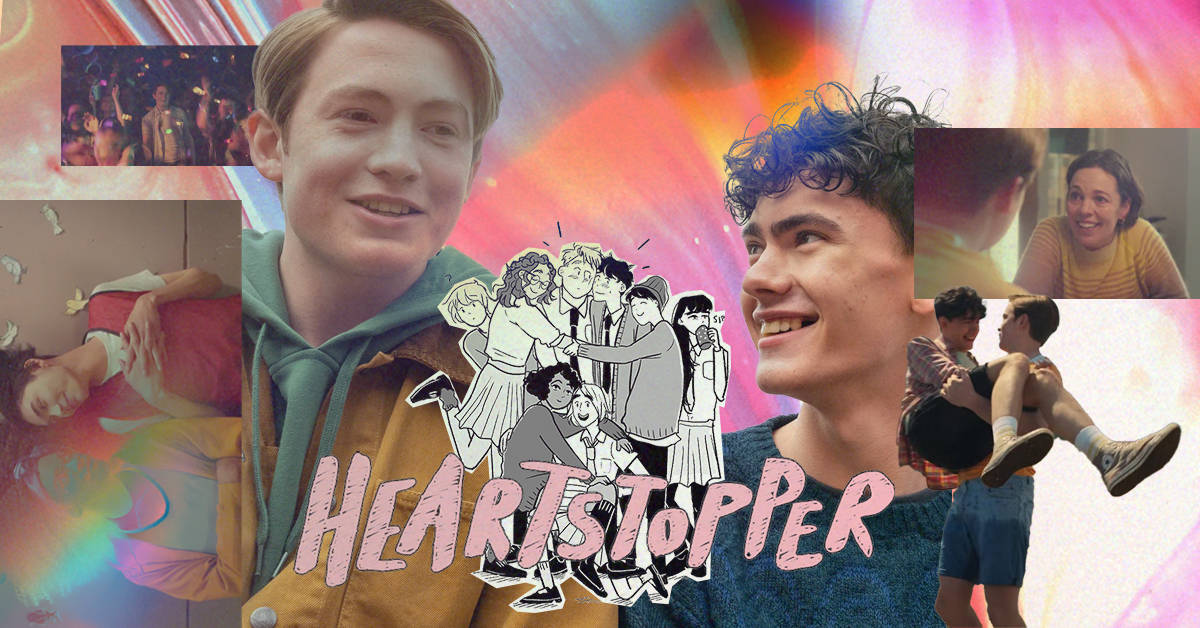 What “Heartstopper” Teaches Us About Queer Representation and Solidarity

Lessons on allyship and more from Netflix’s “Heartstopper”

Since its Netflix release, the series Heartstopper has gained significant social media attention with queer kids all over the world tweeting their praises—and rightfully so. Although the show tackles fundamental shared experiences that queer people all over the world can relate to, such as the precarity of being outed in a prejudiced society, one of the truly captivating things about the show is the safe space it creates for positive queer representation.

Nick is a high school jock who finds himself confused about his sexuality especially after he develops a friendship with a recently outed gay student, Charlie. In one of the most relatable scenes of the show, Nick finds himself alone in his room, searching the Internet for answers to the age-old question: Am I gay?

In succeeding episodes, he comes to term with his bisexuality (thanks in part to having bisexual panic after seeing Keira Knightly and Orland Bloom on Pirates of the Caribbean—relatable, I know!). What’s exciting and interesting about Nick coming to terms with his sexuality is that the people around him respect his bisexuality. No contestations, no mention of it being a phase or a stop-off point to being gay. Such a simple yet wonderful response to the bi-erasure that’s so ingrained in our culture.

RELATED: A Letter to My Younger Self on Identifying as Bisexual

For many people growing up queer, seeing such positive experiences about those who identify like them surely makes an impact on their own journeys. Maybe that’s why Heartstopper has been so well-received. It steps away from dominant narratives in film and media that only focuses on the downsides of being queer.

Instead, the show gives time and space for its characters to flourish in their queerness and live lives that queer people around the world can only dream of. In a country like the Philippines where many queer lives are tolerated but not accepted, seeing queer characters have their well-deserved positive storylines means a lot in changing the inner dialogue queer kids have about their queerness.

For all the seemingly idealistic tones of the show, Heartstopper remains grounded on the complexities of being young and queer. The characters still struggle with the prejudice and discrimination directed at queer people. In fact, as the episodes progress, it becomes clear that Charlie’s cross to bear is having to unlearn all the homophobia that he’s internalized from being outed and bullied the school year prior.

But what’s striking about the stories in Heartstopper is the importance it gives to queer solidarity.

Early in the series, we find Charlie confiding in a queer Arts teacher in their school, the only one who cared about him being bullied. This teacher gives Charlie the safe space to be himself—to be queer. It’s in his Arts classroom that Charlie first attempts to make sense of his feelings for the seemingly straight Nick.

Nick likewise finds himself receiving the support of two other queer characters in the show, Tara and Darcy, teenagers who have recently come out as lesbian partners. From seeing them publicly kiss in the middle of a dancefloor at a house party, to confiding in them about his bisexuality and his feelings for Charlie, Nick finds comfort and courage in his queerness by seeing Tara and Darcy be openly queer.

As the show highlights, having people in your corner is important for queer kids. And oftentimes, this means finding other queer kids in the crowd who you can count on. But the show also surfaces the impact that allyship has on the lives of queer kids. For parents and siblings of queer kids, it’s the simple acts of affirmation that can save a queer kid’s life.

As the people in Charlie’s life, Nick included, start to come into conflict with the school bullies, Charlie begins to feel that he is ruining the lives of those around him. As he tearfully expresses to his sister Tori that it might be better if he didn’t exist, Tori pulls Charlie into a hug and tells him that he isn’t ruining her life.

In the series finale, we see Nick’s mom, played by Olivia Colman, do something just as important. When Nick comes out to her, she not only wholeheartedly listens to Nick, but also apologizes for making him feel like he couldn’t open up to her about his bisexuality.

watching the coming out scene is NOT enough, i need sara nelson to be my mom pic.twitter.com/nhy9JgsshT

These simple yet life-affirming acts go a long way for queer kids who grow up hearing that they are “sinning,” “hell-bound” or “worse than animals” for being queer. This is especially relevant for straight and cisgender family and friends whose privilege is an important part of being an ally.

As the show highlights, there are excellent ways of being an ally that go beyond announcing that you are one. Standing up to homophobic and transphobic peers, comfortably hanging out with your queer friends, and letting them know your lives are better with them are all simple yet effective forms of allyship.

Being Young and Queer

The sudden and overwhelming gay panic that breaks down everything we know about who we are. The small but tensioned moments that make us kilig and make us ask: “What does it mean when Hot Straight Boy hugs you for, like, a full 10 seconds?” The uncertainty, demands and cost of coming out to family, friends and everyone else around us. Heartstopper articulates well the rough edges and nooks and crannies of being young and queer.

More importantly, the show also reminds us that there can be much joy as there is precarity in being young and queer; that queer kids can have their happily ever after—a message that so many queer adults would’ve loved to hear growing up.

The struggle for LGBTQIA+ rights in the Philippines is far from over. But if this show will teach us anything, it’s that positive queer representation and solidarity are part and parcel of creating room for heartstopper moments for the queer kids in our lives.

Stream “Heartstopper” only on Netflix.