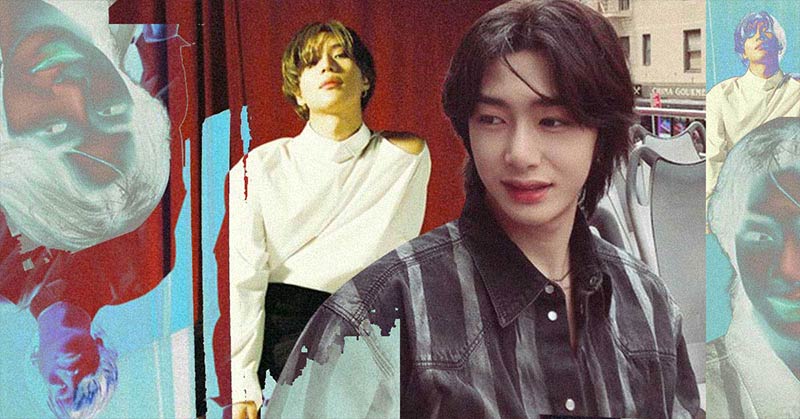 How makeup, wardrobe and influence spell disruption in K-Pop

This morning, I came across a rather interesting study conducted by a student from Korea University’s Graduate School of International Studies. The paper, dated 2014 and written by Xi Lin, is entitled Does K-pop reinforce gender inequality? Evidence from a new Asian data set. It paints a picture of the K-Pop industry and the fandom that revered it at the time. Employing the help of two K-Pop idols to spread the survey to their fan bases, the student garnered a total of 6,317 respondents, 98% of whom identified themselves as K-Pop fans.

I’ll save those who long wanted to leave statistics in high school from the rest of the numbers, but in a nutshell, the study results didn’t sway the way most would expect them to. In the paper’s conclusion, Lin draws that a higher consumption of K-Pop is directly proportional to less egalitarian gender attitudes––that is, less support for equal rights and opportunities across the gender spectrum. More precisely, Lin writes, “On average, someone who follows K-pop activities more often is more likely to share less open gender attitudes. A fan that spends more on K-pop products or activities is more likely to possess less open gender attitudes.”

From the outside looking in, this doesn’t sound like the K-Pop we know today. I can imagine newer recruits to the fandom, who may have only recently fallen victim to the appeal of porcelain-skinned idols and men advertising makeup, would vehemently disagree. After all, if K-Pop were so gender normative, why would people feel threatened enough to establish a machismo-driven alpha male training club to counter the softer, more delicate image that most male idols put into the spotlight?

RELATED: Quiz: Which Male K-Pop Idol is Your Style Soulmate? It was in the second generation of K-Pop that the genre started to toe the line dividing looks, clothing and concepts that were conventionally boxed up by gender.

Super Junior member Kim Heechul was (and is) lauded for his gossamer-like looks and pale skin. FT Island’s lead singer Lee Hongki proudly sported painted nails. He went on to release a nail art book that made headlines for being a best-seller in South Korea. SHINee’s Key unlocked a new level of public recognition for his ability to mimic girl group dances and do them justice. 2AM member Jo Kwon starred as a drag queen in the Korean run of Priscilla and repeatedly defended his choice to take on the role despite the way it ruffled the public’s feathers.

Come 2012, Big Bang was neck-deep in their exploration of eccentric hair and makeup styles––with G-Dragon, the group’s leader and would-be-ambassador for Chanel, leading the expedition. While the idea of men going through the motions of a rigid skincare and makeup routine was once unfathomable, these days it’s impossible to scroll through Allure without coming across at least a few articles that let us in on how K-idols have discovered the secret to visually flawless skin and perfect their tint-washed lips.

The ball has only kept rolling since, with entire album themes and identities built around the concept of androgyny and gender-bending. f(x)’s Amber, arguably one of the catalysts for diversity in the realm of girl groups, has continued to thrive with a cropped haircut and a full tattoo sleeve. Since parting ways with SM Entertainment, she has been rounding out plans and finishing preparations for her next solo project, which was initially slated for release in mid-October.

SHINee’s Taemin, who danced his way to fame with boy group SHINee at the age of 14, began to see the distinct sharp-soft appeal of his performances and his looks as he developed his body of solo work. His 2017 hit, Move, hinged on this charm. An apparent lack of aggression is filled by in-betweens: smooth yet raspy vocals, striking yet subdued choreography. In one of the three music videos for the track, he dances alongside choreographer Koharu Sugawara. While the pair dances to the same routine, there’s a distinct intricacy in the way each of them moves, as if little punctuations of masculinity and femininity run through their movements intermittently. In an interview with Billboard, Taemin expressed, “My aim was to find a middle ground, mixing both masculine and feminine movements into the choreography together.”

K-Pop’s challenging of gender norms is also, rather unexpectedly, a message constantly pushed to the surface by boy group Monsta X. The surprise draws from the fact that Monsta X’s members, particularly Shownu and Wonho, are known for their large muscles and bulky builds––fairly uncommon in K-Pop where lean, lithe body types tend to be preferred. Despite the virility that runs thick through their looks, the band remains unfazed when conventionally feminine elements––makeup, cropped tops, lace bodysuits––mix and mingle with their work. The group’s youngest, IM, contemplated on the topic in one interview: “What is masculinity these days? I think it’s really hard to define it, overall. Everyone has their own meaning.”

thank you WE ARE HERE for giving us Wonho in a lace body suit & Changkyun in a crop top pic.twitter.com/6QemUnXETQ

The same rings true for the ladies, who incontestably have it harder than the guys. Not all that different from the Philippines, the idea of feminism (and its being pro-equality rather than pro-women) in South Korea is still bleary at best. Red Velvet’s Irene, AOA’s Seolhyun, APink’s Naeun and musician-actress Suzy are among the brave, having experienced backlash in varying degrees for an entire spectrum of reasons: reading a pro-feminism book, following feminists on Instagram, using a feminist phone case that reads “girls can do anything” and most recently, promoting a feminist movie. Perhaps it’s the way K-Pop has trained fans to expect idols to be on their best people-pleasing behavior all the time that makes men shit their pants when women take control of their bodies and show off their clavicles at will. Perhaps it’s good ol’ dick-driven misogyny. Perhaps this is why I didn’t find the results of Lin’s study on K-Pop and gender norms particularly surprising. More than a revelation, it felt like a slap in the face, a reminder of the deep-rooted predicament of the industry I’ve invested the past eleven years of my life in. Heteronormativity, clear-cut gender roles and misogyny run rampant, flowing dark and deep through the lungs of the system. Regardless of the progress the past few years has dragged with it, it still seems that double standards are the standard, that people who don’t conform to what society wants and wishes for can never win. Musician, actress and unapologetic advocate, Sulli, who passed away earlier this month, fought the brave fight.

And maybe, for now, that’s all these celebrities can do. Fight the brave fight, I mean. Educate fans against stereotypes, steer clear of traditionalist ideas of what it means to be manly or womanly, remind others that pink or blue don’t exclusively belong to boys or girls when they don’t realize they’re reinforcing gender conventions inculcated upon us by society. And in an enterprise that is quick to point and ridicule and condemn, all we can do is cheer them on as they do.