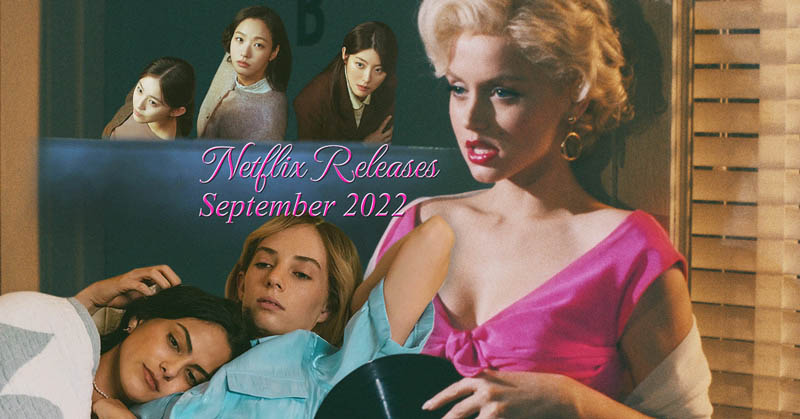 Tired of looking for movies and shows that you haven’t watched yet? A new month calls for an updated watch list! What better way to start off the “ber” months than with new releases on Netflix? Here are a few titles to get you started on your hunt for the best binge-worthy watches!

RELATED: Netflix’s June Releases Are Here to Accompany You This Rainy Season

In this Korean adaptation of Louisa May Alcott’s Little Women, three sisters who only have each other get caught up in an incident involving the wealthy and powerful.

Safe to say, we can’t wait for this modern take on Little Women and the mystery that comes with it.

In season five of Cobra Kai, Terry Silvers is looking to expand the Cobra Kai empire while Johnny Lawrence tries to repair the damage he caused. In this new season, we’re sure to expect more action and drama.

Narco-Saints is an upcoming Korean crime thriller that follows the journey of Kang In-gu, a businessman who is dragged into the secret government operation to seize a drug lord who has taken control of Suriname.

If you’re a fan of all things coming-of-age, Heartbreak High might just be your cup of tea. In this TV series, high school students navigate their way through repairing reputations, new friendships, love and heartbreak.

Coming to Netflix on September 16, Do Revenge centers around two high school girls whose lives are changed when a rumor is spread and a video is leaked. The girls agree to team up and exact revenge on each other’s tormentors.

Season two of Fate: The Winx Saga follows Bloom as she struggles to take a hold of her powers. Bloom, together with the other students at Alfea, try to fend off enemies who may already have taken hold of the school. This season definitely promises even more fantasy drama for all those who loved season one.

Based on the novel by Joyce Carol Oates, Blonde is a psychological drama that portrays a fictionalized take on the American actress and one of Hollywood’s biggest stars, Marilyn Monroe

RELATED: Still Part of the Netflix Family? Here’s What to Stream This May

This September is definitely one to remember with all these new Netflix releases. Which ones are you putting on your watch list?