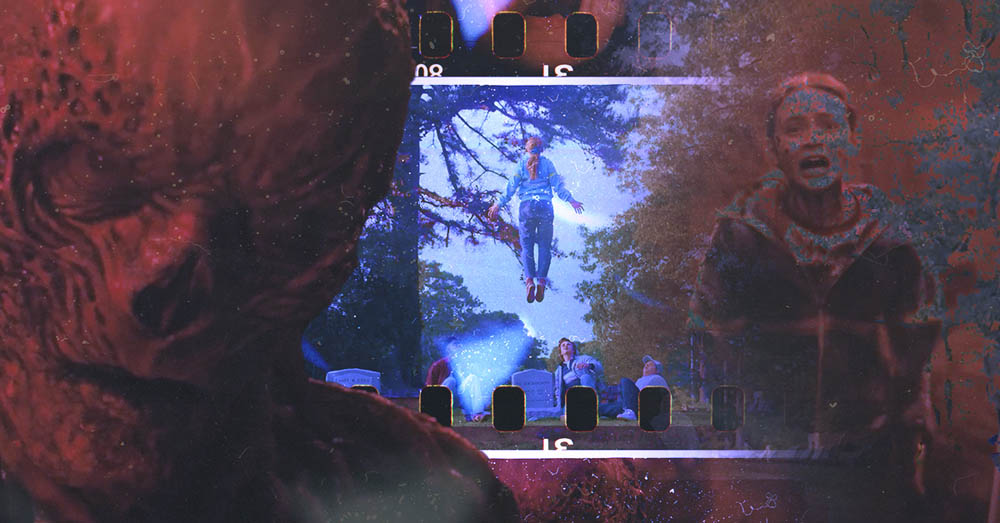 Ranking Stranger Things’ Best Songs and the Scenes They Appeared In

Disclaimer: This listicle contains spoilers for all four seasons of Stranger Things

Stranger Things managed to bring the 80s back to life for everyone to revel in and enjoy. From colorful outfits, old video games and iconic superstars, The Duffer brothers managed to turn this Netflix hit into one hell of a time capsule. But to fully capture the era, they needed to do it through timely tunes. Soundtracks contain copious amounts of early electronic dance music and new wave songs. Madonna and Wham! ruled the airwaves, and the edgier ones loved to listen to New Order and Joy Division. Top hits from the era were peppered throughout the series, accompanying the mysterious, synth-heavy musical scores by Kyle Dixon and Michael Stein. Up ahead, we rank the most memorable music moments from Stranger Things.

Season two: The Pollywog and Season three: Suzie, Do You Copy?

Jim Hopper uses this Croce creation as his own theme song, often played when the police officer is in his element. Or, rather, when he wears his Dad Pants. We first hear this song in season two, where Hopper renovates his grandfather’s old home with Eleven. Together, they turned it into their home. Meanwhile, it resurfaces again in season three. The song plays in the background after he banishes Mike from visiting Eleven at the shack—a consequence for violating the three-inch rule. Yeah, you really don’t want to mess with Jim Hopper.

Predictability aside, Madonna’s Material Girl serves as the best anthem for a shopping montage. Max and Eleven bond together in Starcourt over material things and boy-hating with this in the background. It perfectly encapsulates what killing time looked like in the 80s: spending your day and your allowance. Two of the cast’s queens deserve a fellow queen to sing their background song.

Stranger Things introduces Max and Billy to the audience with Scorpions’ Rock You Like A Hurricane. Two California-grown teens start their first day of school in Hawkins. Billy, with all of his edgy glory and the (un)bothered Max deserve a stunning entrance. What’s a better way to do that than with an electric anthem such as this? It could even foreshadow the rest of the eps, especially after knowing that these two will rock the gang’s lives.

7. “Pass the Dutchie” by Musical Youth

This reggae classic worms its way to the Stranger Things soundtrack as Argyle gets introduced to everyone. The laid-back, pizza van-driving stoner from Lenora becomes Jonathan’s sole friend and the Byers’ unofficial ride to everywhere. While we’ve heard it throughout the season, the best scene it played would be during Mike, Will, Jonathan and Argyle’s unexpected road trip. They find Argyle hotboxing in his van with Suzie’s eldest sister, Eden. Another easter egg? She resembles Ally Sheedy’s iconic character from The Breakfast Club: Allison Reynolds.

RELATED: Netflix’s June Releases Are Here to Accompany You This Rainy Season

How can we exclude this adorable moment between Dusty-bun and Suzie-poo? In this do-or-die situation, Dustin calls his girlfriend for help. She asks for an impromptu duet of Limahl’s Never Ending Story to make up for it. Everyone else has no choice but to hear it, with a monster from the Upside Down hot on their trails. It’s a comedic refresher amid all the intense action. Plus, everyone kept quiet to hear the two belt it out—mad respect.

When Eleven finds her way to Chicago to find her “sister,” Bon Jovi’s Runaway provides the best background music. She goes through the motions of teenage rebellion differently, literally running away from Hopper and joining a group of ragtag individuals. It proves a fantastic lyrical narration, too. Eleven didn’t get to grow up like a regular child. Always trapped and always protected. So this bout of going against Hopper and finding someone like her fits perfectly with the track.

4. “California Dreamin’” by The Beach Boys

The Beach Boys’ rendition of California Dreamin’ made it to Stranger Things four as the backdrop to the Byers’ new life in a new state. Mike reads Eleven’s letter, where she claims that she’s adjusting to a new life fine and dandy. But of course, we all know that Eleven’s struggling to fit in. This fits perfectly with the melancholy instrumental, despite the optimistic lyrics penned by The Mamas & The Papas.

RELATED: 6 Must-Visit Hiking and Diving Spots in the Philippines

Season one: The Body

Perhaps one of the most chilling montages in the first season features this Joy Division track. The remaining Byers, Hopper and Will’s friends deal with the harrowing aftermath of grief. Police officials claimed that Will died in the water. But Joyce, knowing that her son talks to her through flickering lights, refuses to believe it. Jonathan, however, lets the grief consume him. Joy Division makes the complicated mood, a mix of grief, denial, hope and devastation, heavier than usual.

Surprisingly, this scene didn’t make the top spot. In the first episode of Stranger Things four, Max blasts Kate Bush’s Running Up That Hill as she walks past Lucas. But, of course, its best scene happens in episode four. As Vecna attempts to take Max in the Upside Down, Steve, Dustin, and Lucas blast her favorite song to wake her up from the curse. The soaring synths and Kate Bush’s vocals make the perfect crescendo as she runs to the entrance. The solemn piano rendition also closes the scene out perfectly.

Season one: Holly, Jolly and Season four: The Battle of Starcourt

The song that takes the number one spot is Peter Gabriel’s beautiful, string-led rendition of Heroes. Stranger Things uses this first in season one. The moment everyone hears that state forces found Will’s body, the world comes crashing down. After all, many of them played superheroes while trying to find Will. We had Hopper follow different leads and Joyce, who trusted her mother’s intuition more than anything else. Dustin, Mike and Lucas had their own top-secret operation with the help of Eleven, only to be let down. This emotional song also plays at the end of season three, as the Byers pack up for their brand new life. No Hopper to send Eleven and Joyce off this time as he sadly passed in the battle of Starcourt. But knowing the Duffer brothers, a surprise might come out of that musical hint.

Did we miss any iconic music moments from Stranger Things? Or do you think that this list needs some rearranging? Sound off in the comments below!