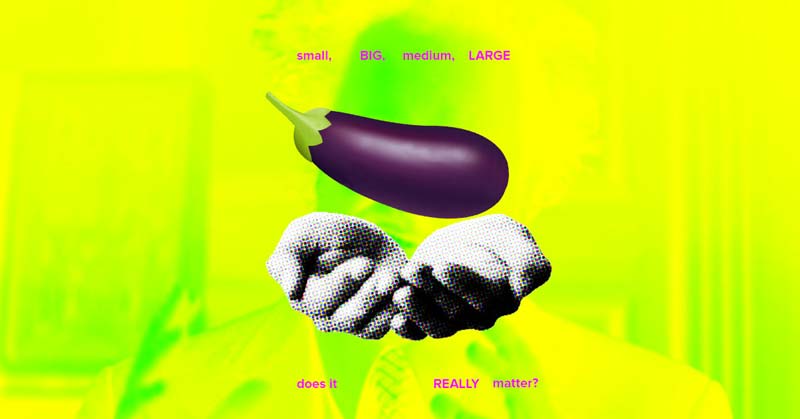 Guys, the average Filipino is 4.3 inches ? Does size really matter?

Hello, you better not be a youngling. If you’re under 18, how about taking a fun quiz instead? For adults let’s go back to the question of does size really matter.

I heard a story, about how foreign women used to prefer Filipino lovers—a concept that confused Western men because…weren’t they bigger? And didn’t that mean more pleasure? Apparently, the ladies liked our rich-enough-to-study-abroad ancestors because they put in more effort in the bedroom to make up for their aforementioned lack in size.

Fast forward to 2020 and I’m talking with a friend about our ~experiences~ and how the same theory still holds true: Smaller men like to compensate with other things (and it pays off a lot). But to add: If we’re talking about just penetration, does the same answer hold true? Not really.

RELATED: #Adulting Even in the Bedroom: Female Contraceptives 101

Let me throw some numbers your way first. On average, the Filipino man is about 4.3 inches long down there, while erect. To put things into perspective, Australians tend to be about 6.1, Germans stand erect at 5.6 and Japanese men are at a solid 5 inches. On the other end of the stick are the Thai men, who generally stiffen up to 3.7 inches.

So are the Filipino boys at the shorter end of the stick? Well, to put it bluntly, the answer yes.

But in the bedroom (and anywhere else that we’re legally allowed to have sex), does size really matter? Does being bigger make it easier to pleasure partners? My friend and I are a lowly two of billions, so I talked to a few others.

I’m a man and I say it doesn’t matter.

In a pool of experienced and straight Filipino men, only one out of five said that size matters. His simple reason? It gives women more pleasure. The others, on the other hand, reasoned that size doesn’t matter because 1) foreplay exists, 2) there are plenty of positions to explore that don’t require a longer shaft and 3) it matters more how long a man lasts as opposed to how long he actually is.

Good points! But what do women think?

I’m a woman and I say size does matter.

Surprisingly or not, four out of five women did say that size matters. And their reasons, of course, are legitimate, too: 1) longer tends to give more pleasure and 2) it’s important to know what you can take and what you can’t. If I may add one myself, it’s that while foreplay is wonderful, some men tire out before we get to the big finish.

So, what’s the truth? It’s hard to ignore experience, but it’s harder to ignore science (and a larger sample size).

The two most sexually sensitive areas for women are the G-Spot and the clitoris.  If you didn’t pay attention in high school (or to your girlfriend/s), these areas are well within reach and can be easily aroused. The G-Spot is only one-third up inside the vagina barrel, so even smaller men can get to it without problem.

Here are my final two cents on the topic: When it comes to sexually satisfying a woman, there are more things to consider than size and reach. But if you’re lazy and overconfident in bed, and think that all it takes is a little bit of thrusting, then of course women will say that size matters—because they have nothing else to base it on. Also, there is so much more to enjoy about sex than reaching the actual finish line. Enjoy the journey, they say; so enjoy it.

Do yourself and women everywhere a favor and don’t be that guy. If you’re going to go at it, then you might as well help make it fun for all parties involved.