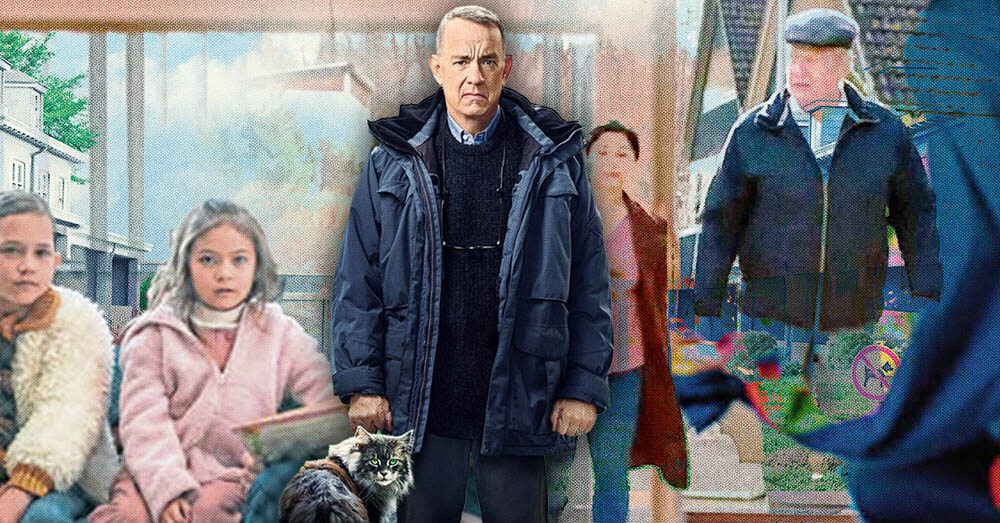 “A Man Called Otto” is as funny as it is heartbreaking

I’ve been a fan of Tom Hanks ever since I watched Forrest Gump. I will defend him always and in all ways possible—even if not everything in his filmography shines (hello, Sully). But I’m happy to announce that A Man Called Otto is worth his caliber as an actor.

The film follows—you guessed it—a man named Otto, who likes things done properly. He gets irked when people don’t recycle, when cars park in front of homes that they don’t own or rent. He shouts at people for not picking up after their dogs and when they wear too-tight leggings for their workouts. But then a young family moves in across the street, and the grumpy widower meets his match in witty, unforgiving and incredibly pregnant Marisol.

RELATED: The Biggest Bombs From “Spare” And, Honestly, Are You Okay, Prince Harry?

Warning: the film and this review show and mention suicide.

The film starts off incredibly dark. Otto is doing his rounds, complaining about people and what they do, and makes his way to his office. He’s an engineer, and it’s his last day before retirement. After shouting at the office for (1) throwing him a going away party and (2) leaving him no choice but to retire, he storms out and heads home. He gets on the phone and calls all of his utility providers, demanding that they cut their service. Then he lays out newspapers across his living room, hangs a noose on his ceiling, things get blurry—and we have suicide attempt one.

The film tends to go in circles after Otto meets Marisol and her family. Marisol, her daughters and her husband seem to write off each of his attempts; they knock on his door or have an emergency or do something so frustrating that he has to snap out of his trance. But with each failed attempt, Otto warms up a little bit more.

And throughout the film, we learn a little bit more about Otto: his relationship with his wife, Sonya, how he lost her, why they don’t have any kids, why he refuses to pack up her things. We learn that his life was black and white, and that Sonya provided the color. He says there was no life before or after her. He paints a picture of a love we can only hope to look back on one day.

What the film does spectacularly well is peel the layers of its titular character. Otto, within the first five minutes of the film, is that grumpy tito that no one wants to sit with because he complains about everything. And with each scene, another layer is peeled back to show something endearing and worth getting to know. Suddenly, it’s not just curiosity that pushes you to learn more about the character, it’s that knowledge that there’s something there that deserves to be known and understood.

A Man Called Otto goes back and forth between a warm past and a cold present—told with the help of the changing seasons. And it’s a calm thrill to watch, despite the overdone theme of a grumpy old man whose heart is warmed by a stubborn and mischievous younger character (Up has met its match).

If you were hoping to start 2023 with a little bit of hope and faith in humanity, watch A Man Called Otto. You won’t only leave the theater with a smile on your face, you’ll feel as if the weight on your shoulder has lifted ever so slightly.

“A Man Called Otto” will have sneak previews on January 16 and 17, nationwide. The film formally hits theaters on January 25.