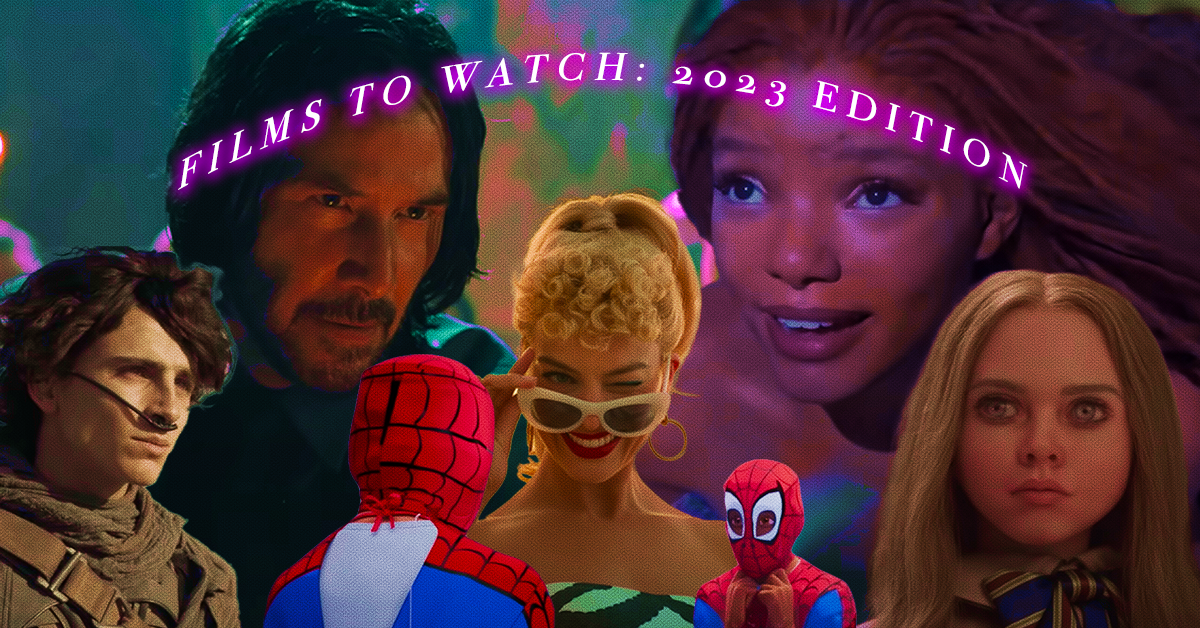 With the roster of upcoming 2023 films, is it worth going back to the cinemas?

The buttery scent of popcorn fills the air as people line up for tickets to sit in the dark, with the only source of light being the big screen in front of them. Finally, the cinemas are up and running again!

The past two years have been quite a challenge for the box office, given the numerous restrictions brought about by the pandemic. While it is amazing to see the innovations made by the industry given the circumstances, nothing beats the experience of watching a film for the first time inside the movie house, so let’s see what 2023 has in store for us!

“I won’t let anything harm you” is something we’d all love to hear from a friend. But if that friend is a lifelike doll, is powered by artificial intelligence and commits murder to uphold that promise? Maybe it’s time to rethink that friendship.

M3GAN (Amie Donald) was invented by a scientist (Allison Williams) to provide a companion for her 8-year-old orphaned niece (Violet McGraw). The doll then does everything within and beyond her power to protect the child. But between M3GAN and the orphan, the former seems to have worse abandonment issues.

It’s always a life or death situation when John Wick (Keanu Reeves) is around! This time, the legendary hitman is taking us to New York, Paris, Japan and Berlin as he fights for his peace and freedom. Many of the challenges that he faces in this chapter come from the kingpins of the underworld, but perhaps the most difficult one to overcome is that of coming to terms with his late wife.

Disney is back with another live action remake and, this time, it’s for the classic tale of The Little Mermaid. Ariel’s unending curiosity and thirst for adventure leads her to engage with Ursula (Melissa McCarthy), the witch of the sea. Ariel does anything in the name of love and, for Halle Bailey and her entrancing voice, we would, too.

“Spider-Man: Across the Spider-Verse” (June 2)

At this point, Spider-Man is constantly redefining what it means to be a hero, but how can you do that when the people on your team have opposing values? Miles Morales (Shameik Moore) enters the Spider-Verse to find out. The franchise continues to go the extra mile to push the boundaries of animated feature films and that, itself, might make it worth watching.

Ugh, even Barbieland has unrealistic beauty standards! Because of looking short of perfect, Barbie (Margot Robbie) gets kicked out. With so much hope, she enters the world of humans, but is it truly more fantastic than life in plastic? We’d have to wait and see.

All hail, Timothée Chalamet! I mean…Paul Atreides! The second and final installment of Dune spotlights unconditional love for family, as Paul—with the help of Chani (Zendaya) and the Fremen—avenges the unjust passing of his loved ones. Throughout this journey, the universe’s fate is at stake, too. Through Paul’s gift, he sees that the future is looking quite terrible, to say the least. But then again, he’s Timothée—I mean Paul Atreides.

2023 has even more movies worth anticipating, including sequels like Shazam! The Fury of Gods and Indiana Jones and the Dial of Destiny and animations such as The Super Mario Bros. Movie and Elemental. Did we mention this is also the year we get Wonka?

There are lots of upcoming 2023 films that we can’t wait to watch! In the meantime, sit back, relax, and enjoy the wait.