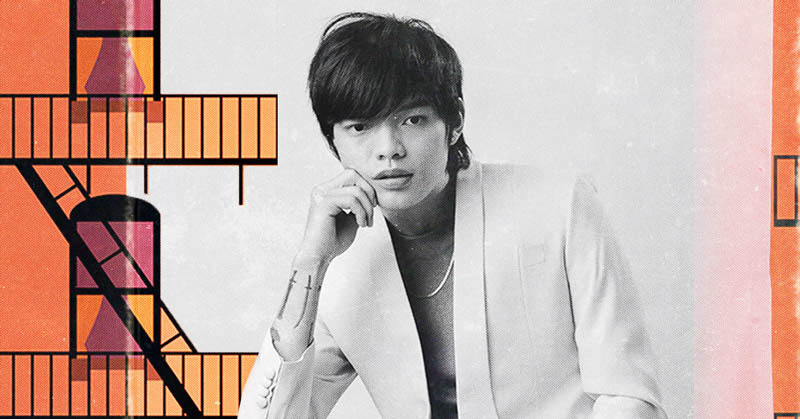 The pandemic presented a new breed of creatives who flourished in the virtual realm, connecting with kindred spirits through their craft. For rising balladeer Arthur Nery, one of the top played OPM acts on Spotify in 2021. The past two years may have been overwhelming, but it also cemented him as a massive hitmaker.

With 3.1 million monthly listeners on Spotify, as of writing, his most played hit, Pagsamo, has 200 million collective streams on Spotify, Apple Music and YouTube since its release in 2021. This single also became the theme song of My Husband, My Lover, a VivaMax film. His acclaimed solo album, Letters Never Sent, which he released in 2019, features hit Tagalog singles like Binhi and Higa. In 2020, he also released Happy w u, a chart-topping collaboration with two-time Wonder cover star Jason Dhakal.

RELATED: Wonder Fresh May 2022: Supercharged Anthems for Everyone

On July 2, the singer-songwriter is having his very first major solo concert titled Arthur Nery, at the New Frontier Theater in Quezon City, with VIVA Live. Ticket prices range from P4,000 for the SVIP seats (includes a Meet & Greet, currently sold out), VIP seating for P3,000, Orchestra at P2,000, Loge at P1,500 (sold out) and Balcony at P750.

Aside from devoting time for concert preparations, Arthur is also in the process of creating his next album. In an exclusive press brief, he reveals, “It’s really overwhelming and super massive and crazy.” He stays mum about the upcoming album, but he shares how in the future, he hopes to collaborate with local acts like SB19 and Ben&Ben, “mostly mga idols ko,” he notes.

Arthur Nery’s chart-topping hits have always centered on love and intimacy. Through time, his understanding of relationships has transformed, especially during the past two years. He explains, “Grabe talaga ‘yung character development ko and understanding [of love] kasi mas na-expose na ako sa emotional part of art. Nag-expand siya. (My character development and understanding [of love] has evolved because I was exposed to the emotional part of art. It expanded).” He adds, “Cliché pa rin siya, but in order for a relationship to work, dalawa talaga [ang] bumubuo (It’s cliché but in order for a relationship to work, two people need to work on it).”

There’s no doubt that this is just the beginning for Arthur Nery. Catch one of the hottest names in OPM at his first major solo concert on July 2 at the New Frontier Theater, made possible only by VIVA Live.