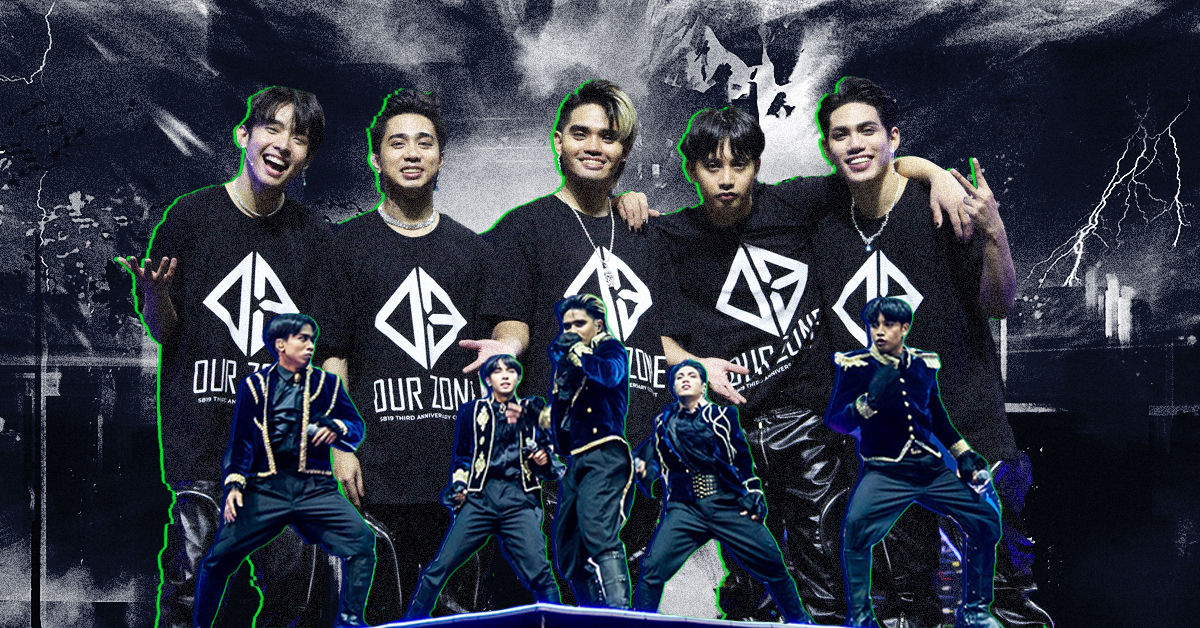 The P-pop trailblazers got their “Good evening, Araneta!” moment

SB19 closed out their third year in the industry by achieving even more incredible highs—more than they ever imagined. The year 2021 has been nothing but stellar and packed for the five-piece band. So far, they’ve received landmark nominations from the Billboard Music Awards and MTV European Music Awards, released a successful EP with Pagsibol, landed a top-selling concert with Get Back In The Zone and brought in ringing collaborations with fellow artists. One can only describe them as booked, busy and thriving.

To celebrate their milestones, the boys launched a month-long campaign filled with surprises (read: more content) for their loyal fanbase, A’TIN. As a culmination of their anniversary month, the group held a two-day concert in one of the most monumental venues for any Filipino act: Araneta Coliseum AKA The Big Dome. It’s pretty fitting for these P-pop trailblazers to finally have their moment, one that every young musician and artist from the Philippines dreams of. (Well, that’s one dream next to having billboards along EDSA. But hey, SB19 already checked that box too.)

Fortunately for us over at Wonder, we got to see them have their moment IRL. Ahead, we list the tales from Our Zone Day 1, from the perspective of an on-ground concertgoer.

The girls of 4th Impact warmed up the stage with their cover of Silk Sonic’s Leave The Door Open and a tease of their first original song. The sibling quartet showed off a fiercer side that night while bringing forth hypnotizing harmonies and vocal skills that caught the world’s attention. After their performance, the production staff began bustling around: setting props up onstage, counting down the stream and queuing the boys for their first performance of the night and weekend.

SB19 opened the first leg with an explosive version of Mana, setting the mood for what ought to be an action-packed evening. The band’s live arrangement reenergized the anthem and the rest of the setlist, adding thrill to their usual pop-led discography. Josh, Ken, Stell, Pablo and Justin gave their all—like always—and commandeered the stage with their synchronized moves and powerful vocals. Their presence can only be described as magnetizing, proving time and time again that their caliber of talent is a product of their dedicated training.

RELATED: Ben&Ben To Have First Major Concert In December

One of the most vivid moments from the concert is when they settled down to greet everyone tuned in to the show. Josh uttered (read: screamed, as we all would) their first (of many) “Good evening, Araneta!” greetings, which sent goosebumps down my spine. Seeing them rock the stage for and in the Big Dome felt surreal for me already—what more for them, that their childhood dreams turned into their reality? Then, as an homage to three strong years in the industry, they went back and performed songs from the era that started it all: Tilaluha and a ballad version of Go Up.

AC Bonifacio then took over the stage while SB19 did their first costume change, singing her latest single, Fool No Mo, and her rendition of Uptown Funk before being joined by her kuyas onstage. Did we mention they donned nicely coordinated violet velvet suits, too? After playing their version of a whisper challenge called Hula Labi, the boys then went on to sing a highly anticipated *NSYNC medley featuring hits like It’s Gonna Be Me and Bye Bye Bye. If this is their way of riding the 90s to 2000s renaissance, we’re fully on board!

During the press conference for the concert, Pablo teased that one of the three new songs to be performed would be a ballad. As it turned out, A’TIN got their first taste of Nyebe—a heartbreaking, piano-led song with a chorus meant for an arena. It’s a track that deserves to be sung back to them by an expansive ocean of A’TIN—hopefully soon. Right after that, SB19 revived the energetic mood with WHAT? and Bazinga, taking the crowd to a further high and showing how they only march to the beat of their own drum.

Let’s pump up the volume! Everyone, all together– BAZINGA!

Winding down, the boys brought out the waterworks yet again as they sang MAPA, dedicating it to their close support systems before bringing the joy and festivity of the Holidays with a new song. Ligaya, an upbeat track that wished everyone the happiest of Christmases, was previously teased as the gospel-leaning genre meant to spread happiness. With the same energy, they closed the show with SLMT as an ode to their fans. But before they could bid the audience goodbye, the boys were surprised with video messages of support from old ShowBT staff, former co-trainees and A’TIN from different parts of the world.

It’s hard to grasp that that already was the end of two explosive hours.

Through Our Zone, SB19 proved yet again why they’re at the helm of the P-pop wave. Some might chalk their success up to a fortunate stroke of luck or a strong and loyal fanbase, but none of these would have existed without their raw talent that is worth seeing and experiencing—the exact same natural talent that roped many of us in to watch their Go Up practice video out of curiosity and awe. Not even a pandemic can stop the growth and impact of SB19. Sure, the path might’ve changed, but they collectively jumped multiple hurdles to get where they are.