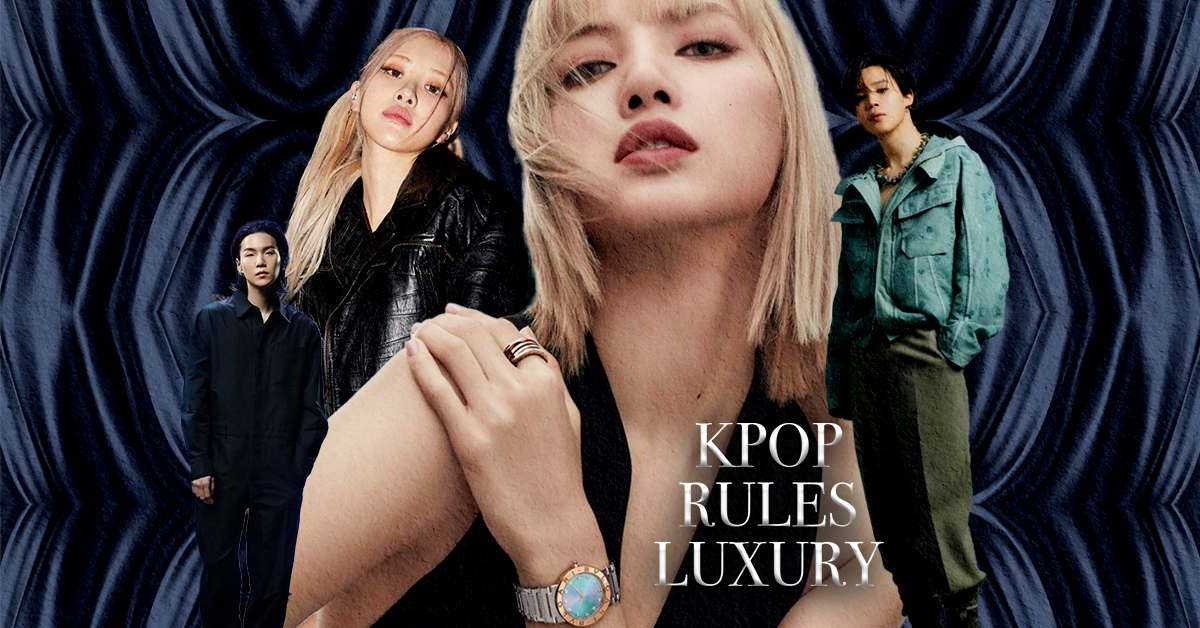 K-Pop Rules Luxury: All the Stars Who Are Also Global Brand Ambassadors

For these luxury brands, fashion and music collide

Korean celebrities have been dominating fashion week for the past few seasons. With regulars like Sandara Park attending PFW, recent front-row favorites like IVE’s Wonyoung at Miu Miu, and special appearances from the likes of NCT’s Lee Jeno at Peter Do back at New York Fashion Week, there’s no denying that the world of fashion is smitten by the star power of K-pop.

But who can blame the industry? With shows amassing digital and social media coverage like never before, clout and hype rule online. How many retweets are you going to get? Will this post reach millions? How many will tune into the live stream? All these questions on numbers are what drive these luxury brands to make sure they’ll be talked about over the noise of competitors and peers. So, what better way to rise above the clutter of the digital space than to appoint endorsers who are sure to get people talking on and off the internet?

This is where the Hallyu wave comes into play.

But we’re not just talking about creating front-row buzz like the internet-breaking appearance of ENHYPHEN at Prada, Taeyang bringing his swag to Givenchy’s front-row or Jackson Wang’s understated but cool cadence at Louis Vuitton. It’s about sealing brand deals with these massive designer houses and not simply attending as a “friend of the house” or an “influencer.” So, who are these K-pop stars that have signed and scored these coveted international brand ambassadorships? Here are some names, but we’re sure this list will grow in time.

Jimin of BTS for DIOR

One of the most recent announcements that made waves internationally is the appointment of BTS’ Jimin as Dior’s global brand ambassador. The rumors for this collaboration sparked when the star wore head-to-toe Dior for his W Korea cover. This also comes after the fact that the septet were once endorsers of Louis Vuitton about a year ago. Jimin is notably the first member of the group to get a solo brand ambassadorship from a luxury label out of the seven.

SUGA of BTS for Valentino

Soon after Jimin’s announcement, SUGA was revealed to be one of Valentino’s global brand ambassadors. The rapper and songwriter is also part of the brand’s Di.Vas, which stands for DI.fferent VA.lues.

Rosé of BLACKPINK for YSL and Tiffany and Co.

Meanwhile, BLACKPINK’s Rosé is the face of both Saint Laurent and Tiffany and Co.! The member of the superstar group is undeniably suited for both brands as she always seems to showcase a sense of sophistication and grace whenever she performs. This reflects her personal style, as she’s seen mostly in svelte black looks or somber tones.

Jisoo of BLACKPINK for DIOR

The actress among the quartet, Jisoo, was tapped by Dior’s Mara Grazia Chiuri for her sweet image and demeanor that’s befitting of the brand. This even extends to the label’s beauty category. Jisoo is also often seen wearing the latest leather offerings from the brand and is a staple FROW attendee during PFW.

LISA of BLACKPINK for CELINE and Bulgari

Another member with both a fashion and jewelry endorsement is BLACPINK’s LISA! The star even brought her edgy stage presence and persona to one of CELINE’s virtual fashion shows where she walked for the brand. Meanwhile, Bulgari has recently released a special limited edition timepiece in collaboration with the superstar.

Jennie of BLACKPINK for Chanel and Calvin Klein

Of course, we can’t complete this list without the woman they call a “Living Chanel” in Korea: Jennie Kim of BLACKPINK. Chanel rarely appoints new global brand ambassadors so it’s an absolute privilege for Jennie to be named one. She also recently bagged a global endorsement from Calvin Klein, and her underwear and denim campaign were big hits on social media.

Kai of EXO for GUCCI

We end this list with EXO’s Kai who isn’t only a global brand ambassador for Gucci but also headlined one of the brand’s ad campaigns. This partnership also dates back to 2019! The singer’s cool yet eccentric style is simply perfect for the brand’s eclectic design DNA.

We know this isn’t the end of the list. Keep checking back for more 👀