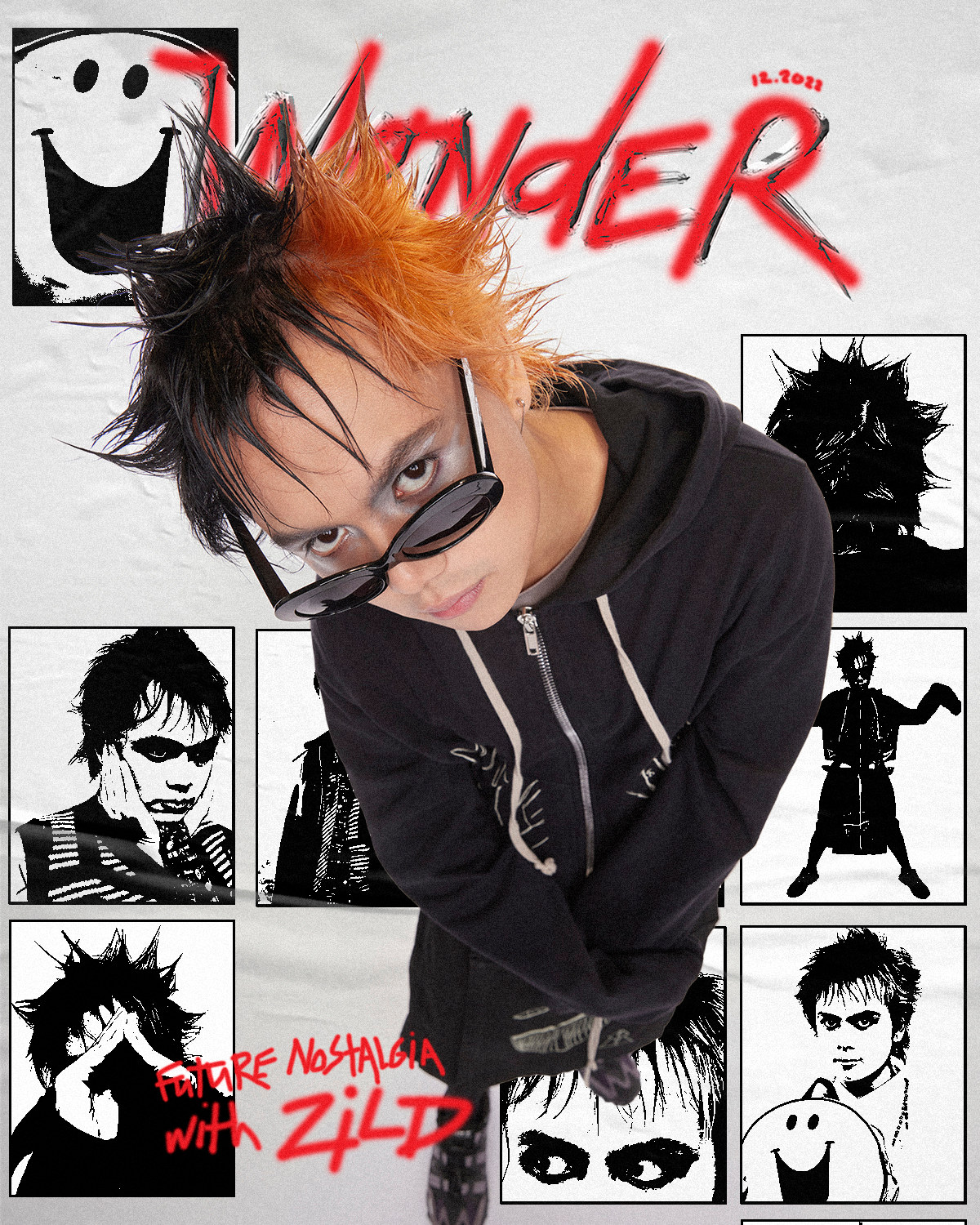 2022’s words of the year encapsulate sentiments we’ve had throughout the year. “Gaslighting” references a modern type of deception; “goblin mode” illustrates the act of letting oneself go. Ultimately, there are things we’d like to shake off and leave in the past. Still, there’s merit in acknowledging both the good and the bad so we can prepare ourselves for a clean slate. But before we do, there’s no harm in looking back before moving forward.

Naturally, many of us get shocked when we recap the things we’ve been through at the end of another year. But it’s the good kind—after all, we collectively spent 12 months getting knocked down, rising from the ashes and, on some days, barely scraping by. So to remain standing after another unpredictable year is a reward in itself. When we ask ourselves, “How did I get here?,” chances are that it’s through the many coping mechanisms we adapted when the going got extra tough, and our worlds shifted off their axes. 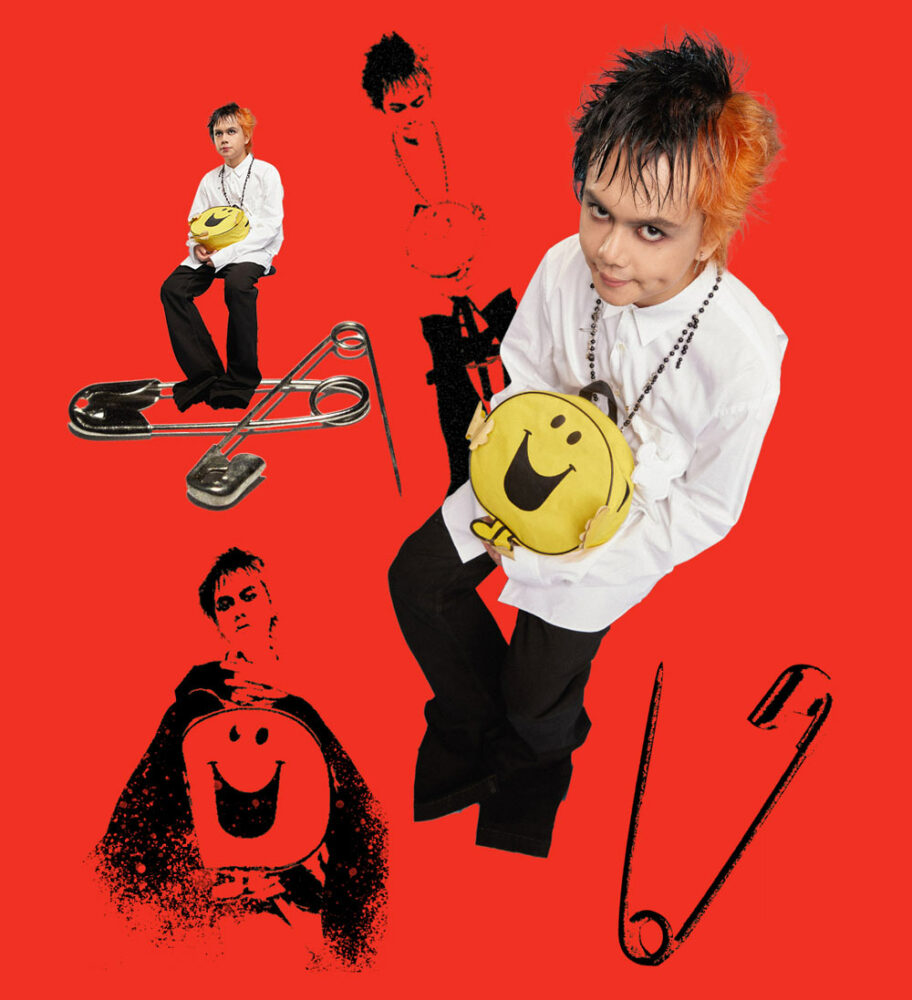 For some, getting into a new hobby or deep-diving into a new hyper-fixation makes the days go by faster. But for musician, singer and songwriter Zild Benitez, his coping mechanism comes in the form of creation to get through the days. So where has this brought him, you ask? Three full-length albums in a little over two years: Homework Machine, Huminga and finally, Medisina.

Alone with his thoughts in the pandemic, Zild was posed with a challenge that he turned into an opportunity. Isolation paved the way for “happy accidents” upon discovering a routine that works for him. All he had to do was show up. “Parang na-inspire ako sa mga ibang musicians, scientists and writers na they have a specific time or routine for their craft,” he reveals. “So one hour minsan or two hours, may magawa o wala, at least they showed up.”

(“I was inspired by other musicians, scientists and writers wherein they have a specific time or routine for their craft,” he reveals. “So one hour sometimes or two hours, whether they’ve done something or not, at least they showed up.”) 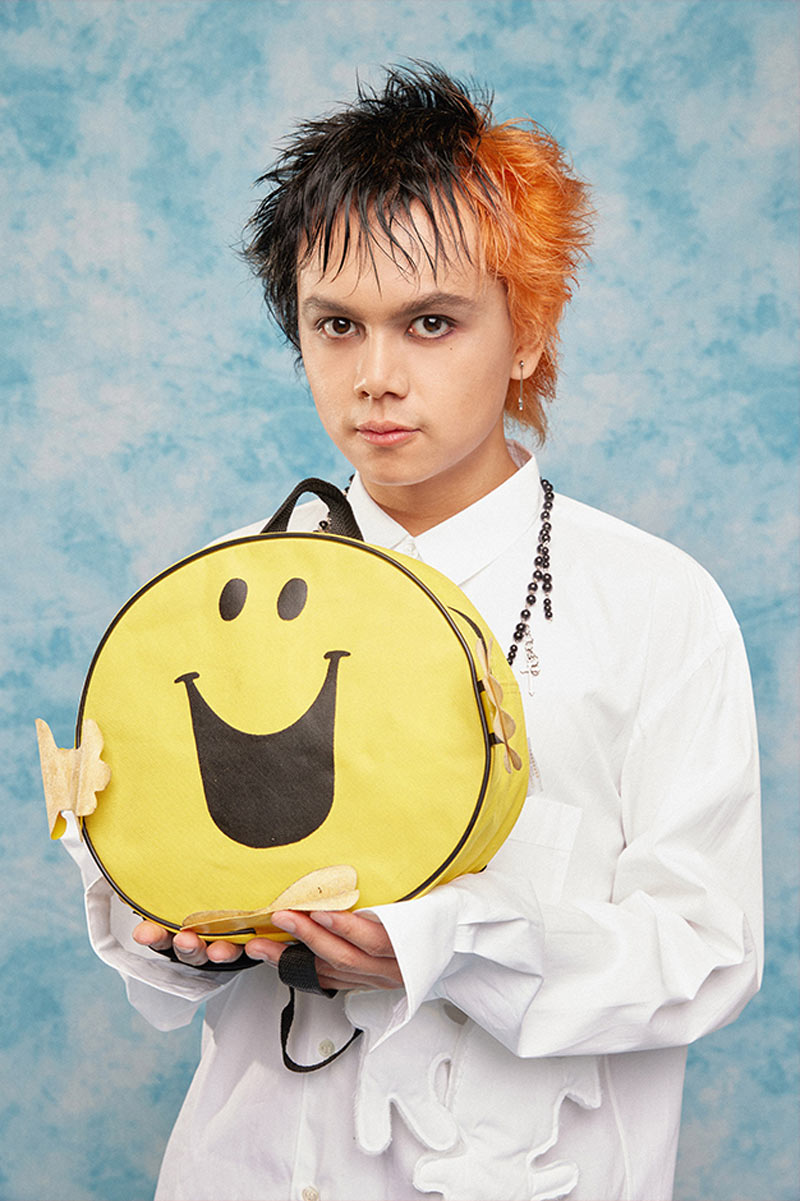 On our cover story in August 2019 with Zild’s previous band, IV of Spades, he confesses, “Ako lang siguro ‘yung advanced mag-isip, pero pwedeng masyadong praning lang (I’m probably just advanced in how I think, or maybe I’m just cautious).” It seems that he has always been a perfectionist.

(“I feel like…I didn’t just wake up and think, ‘Ah, this is me.’ Very progressive and non-linear [transition] because even now, there are days when I’m not confident with what I do. But I can deal [with] it now.”)

Even if Homework Machine marks his debut as a solo artist, it’s only through his sophomore record, Huminga, that Zild really feels like he finally found his voice. Many would expect this discovery to come naturally, especially from someone who had already cemented his place in the OPM scene. But the singer admits that Huminga helped him find the confidence to make the right decisions, especially through continuously working and getting the hang of flying solo. “Nung third record, mas kaya ko na mag-decide kung gusto ko ba ‘yun or hindi (By the third record, I can decide which I like or I don’t),” he recalls. “‘Di na mahalaga kung tama ba ‘yung ginagawa ko o mali, basta [ang] mahalaga, gusto ko (It’s no longer important to me if what I’m doing is right or wrong, what’s important is that I like it).” 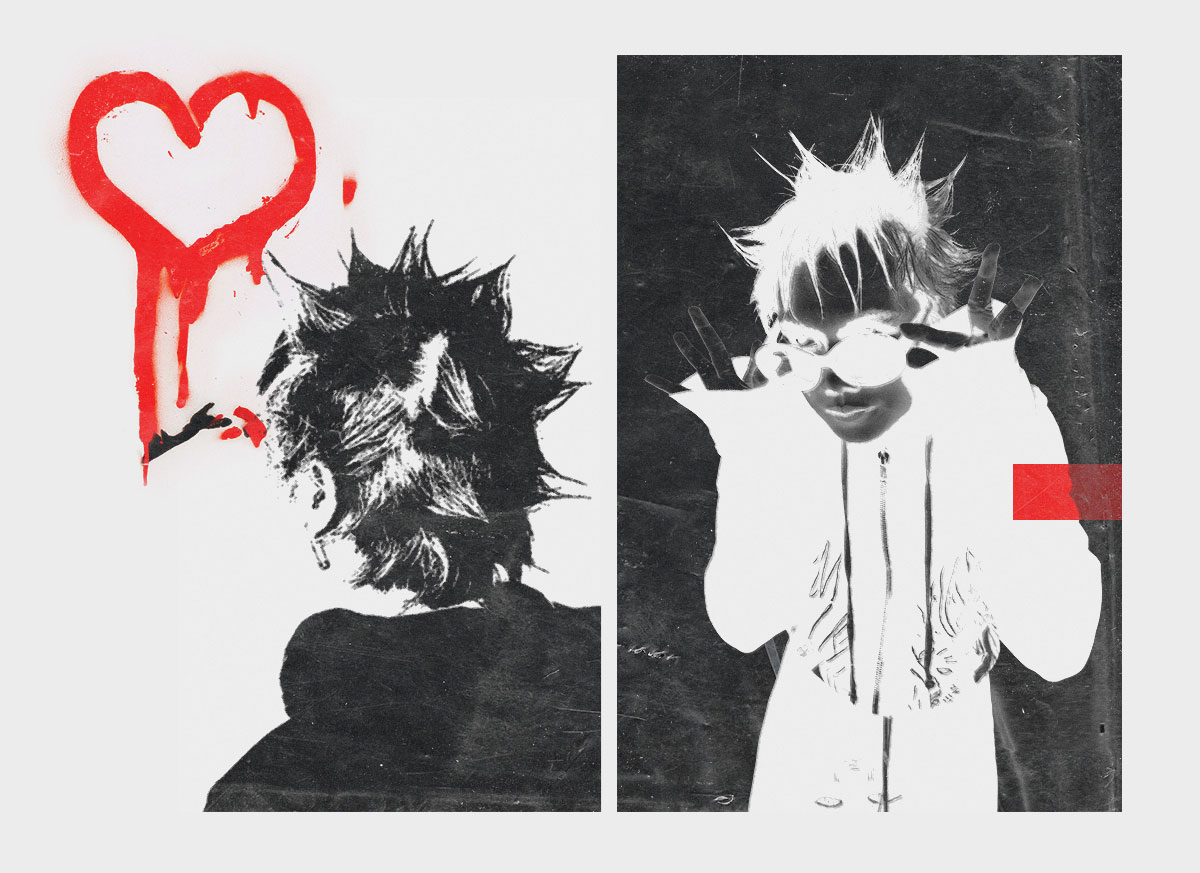 The first taste of Medisina came in the form of Isang Anghel, a pop-rock anthem that reminds the listener of the songs they grew up with. Zild—as cliché as this sounds—heals his inner child by doing things he deems ripe for the taking. That includes letting it rip onstage, an act he thinks wouldn’t have suited his 10-year-old self. “Ngayon, parang dahil feel ko bagay na ‘yung medyo magulo or sumigaw onstage, nagka-impact siya sa’kin. Siguro, because I miss my childhood; so subconsciously [na] kahit sa music, ‘yun ‘yung nag-reflect: things I wanted to do as a kid,” he muses.

(“Now, since I feel that being chaotic and screaming on stage suits me better, it had an impact on me/ Since I miss my childhood subconsciously, [that] even in music, that’s what reflects: things I wanted to do as a kid.”)

The nostalgia imprinted in Medisina isn’t limited to Zild making up for lost time, but rather the exploration of emotions one experiences in the limbo between youth and adulthood. The new wave, Joy Division-esque CRAB accurately depicts impostor syndrome and crab mentality, and 15 acts like a letter to a younger sibling—maybe even himself—about the disappointments of growing older. Opposite Isang Anghel stands Dasal/Kasal, a track with one of the most heartbreaking pleas that one can make in the name of love.

Through Medisina, Zild Benitez embraces the darker, more emotional whispers we’re afraid to verbalize. Like thoughts that plague the mind during the commute home or difficult tribulations often pushed back until these can no longer be ignored. From post-punk, new wave and 90s alt-rock—the musician validates these feelings and masterfully explores new ground, all while staying rooted to his original influences: funk and disco. His third record is a leap away from the dreamy, acoustic and indie sensibilities of Huminga and the 8-bit-tinged Homework Machine. A change he seamlessly shifts to sonically and aesthetically.

But of course, creating another full-length album had its difficulties. One thing Zild couldn’t shake off from the process was ruminating over his choices for each track. He shares, “Minsan, io-overthink mo kung lagi mo siya pinapakinggan (Sometimes, you overthink when you listen to it all the time).” But despite its downs, making music also motivated him when the days merged and melted together. “Ang pinaka-fun part siguro, meron akong ni-loo-look [forward to] the next day, which is music,” he explains. “Ah, may purpose para magising bukas.”

(“The most fun part, I guess, is that I have something to look forward to the next day, which is music,” he explains. “Ah, I have a purpose to wake up tomorrow).” 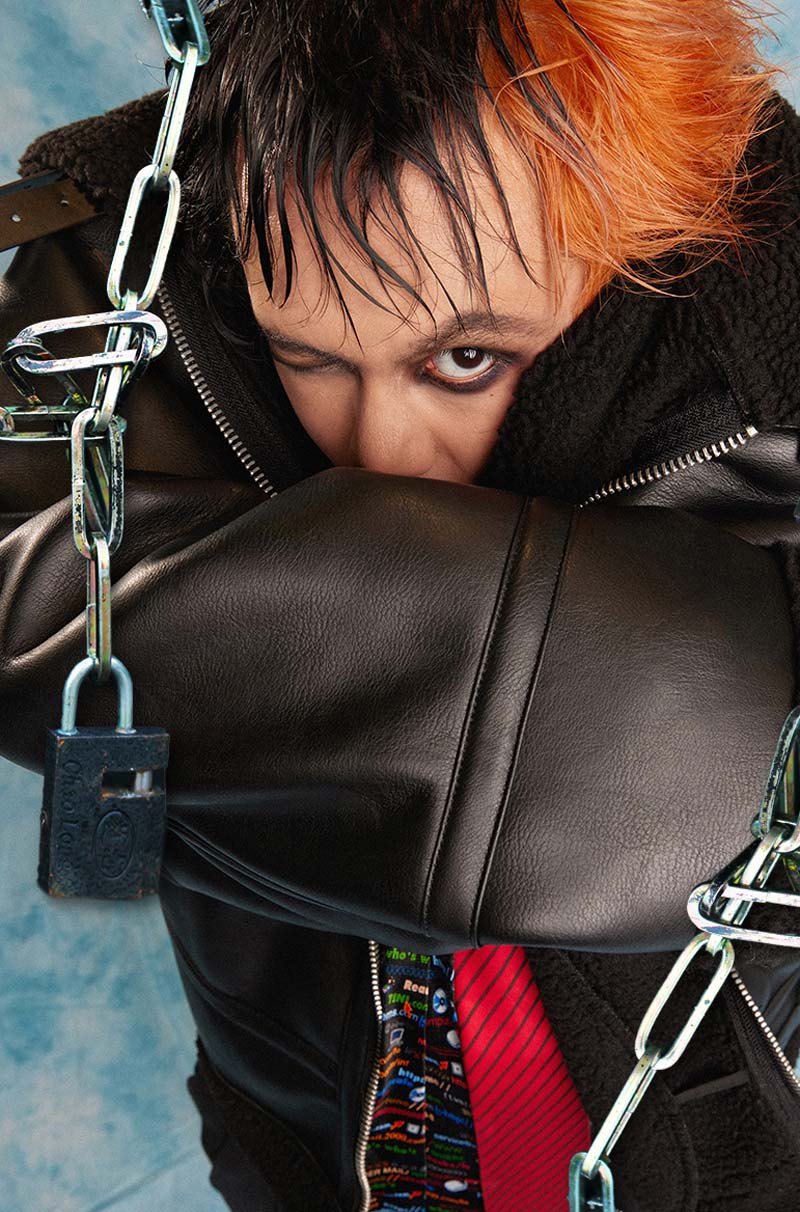 After officially kicking off this new era with a sold-out launch called Gabi Ng Paniki—AKA the “biggest costume party gig ever this 2022”—Zild Benitez has had some time stewing in the reception of his third album. As cool and laid-back as he looks, the musician admits that he also cares about what people say about his work. But this time, feedback isn’t only through written comments and text. It also materializes in the energy from the crowds of the gigs he plays in. 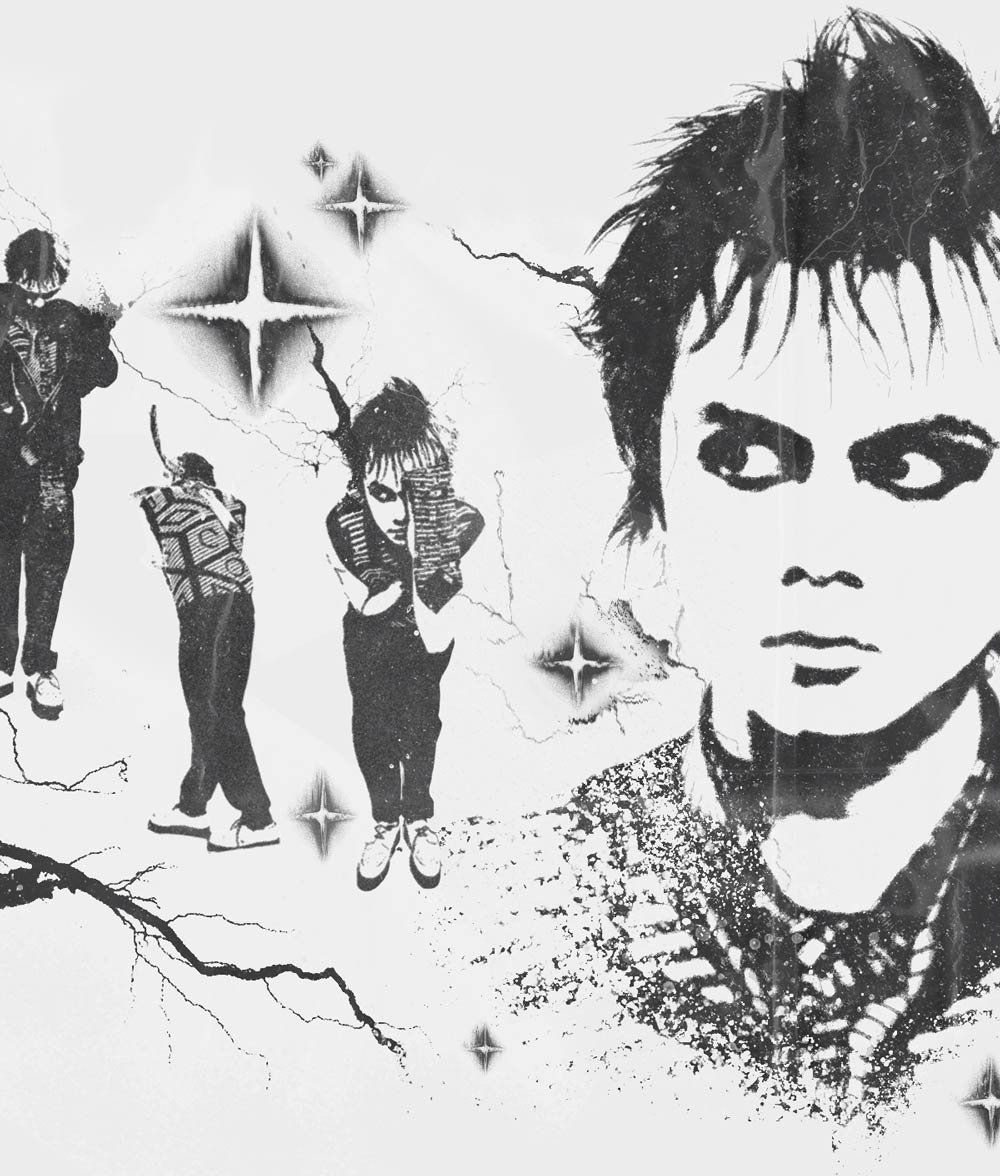 COS vest and trousers

(He reveals, “I’m a music fan, so I know what it feels when music is the only thing that can validate what you feel. Sometimes there are things that we can’t say or explain, but when we hear a song, even if we don’t get the lyrics; it’s like, ‘Ah, this is what I’m feeling. I’m all better.’”)

And somewhere out there, without him knowing, he’s paying it forward to a young person struggling to make sense of the world and their big feelings. In the same way that the OPM icons of the 90s and early 00s, like Kitchie Nadal and Rico Blanco, sparked something inside of a younger Zild Benitez, sucking him inside this black hole where he found purpose. He notes, “Meron ding someone na nags-start pa lang or something. Minsan nakaka-encourage lang din na I’m giving that kid some light, kahit [for] 30 minutes lang,” he says. “Baka ‘yung isang kanta na ‘yun, ‘yun [mag-inspire] sa kanya na parang, ‘Uy, gusto ko maging musician.’”

(“There’s someone that’s starting or something. Sometimes it’s encouraging that I’m giving that kid some light even just [for] 30 minutes,” he says. “Maybe with that one song, it’s what will inspire them to say, ‘Hey, I want to be a musician.’”) 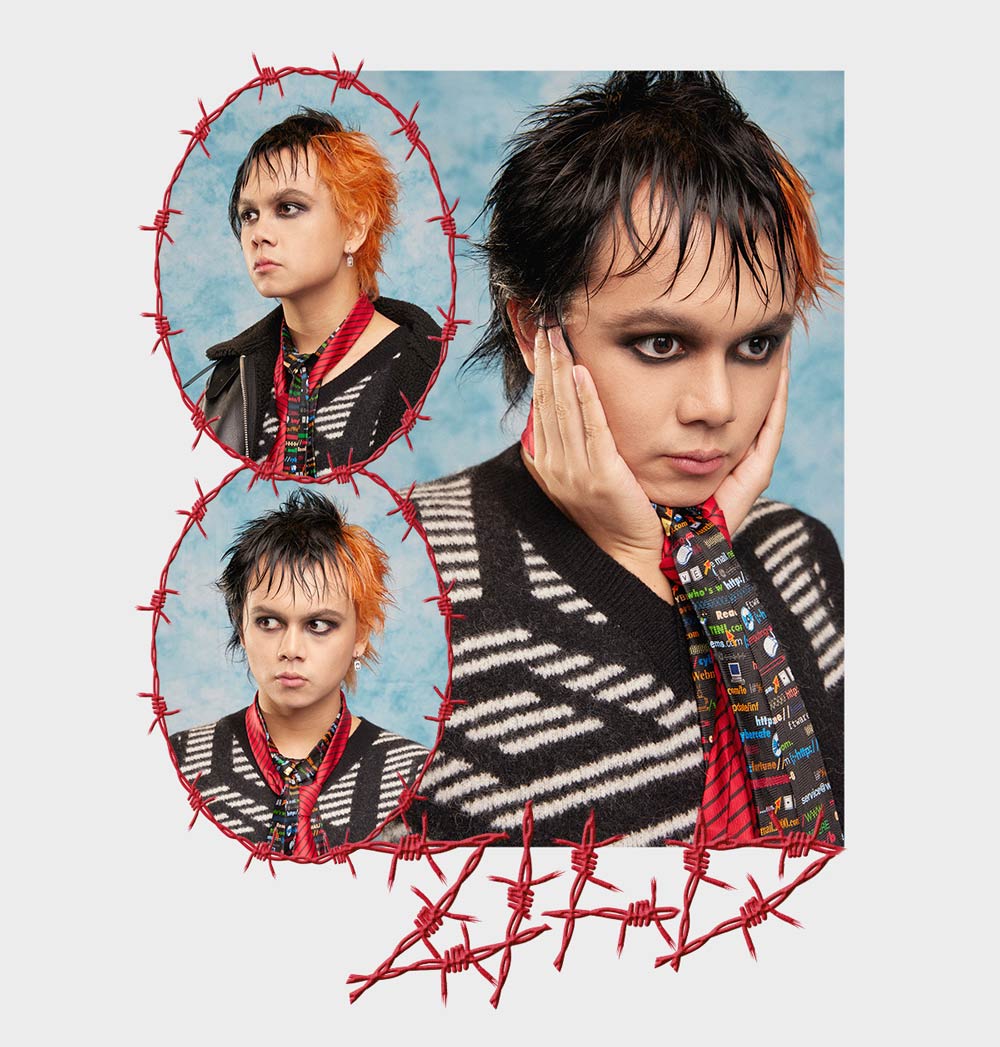 When asked what lyric of his best describes 2022, he takes from Oh Lunes Nanaman: “Oh Lunes nanaman, sawang-sawa na akong dumilat! (Oh Monday, I’m so tired of opening my eyes!)” Despite it all, Zild Benitez is ready to move forward with a newfound optimism.

With his eyes set on what’s ahead, Zild Benitez shares some parting words as we bring the year to a close: “Know yourself more, which is hard. So parang ‘yung past—cliché [siya] pero—past na ‘yan, eh. ‘Yung future, very uncertain. So kung anong nafi-feel mo ngayon gawin, do whatever that is (Know yourself more, which is hard. So the past—it’s cliché but—it’s the past. The future is very uncertain. Whatever you feel you want to do now, do whatever that is.)”

And with 2022 finally coming to its end, we celebrate our victories and mourn our losses, knowing full well that this season gives birth to new beginnings.

About Damn Time with Andrea Brillantes

November in Fashion: Is It Goodbye Balenciaga, Raf Simons and More?

How The Pandemic Changed Concertgoing and What Stayed The Same