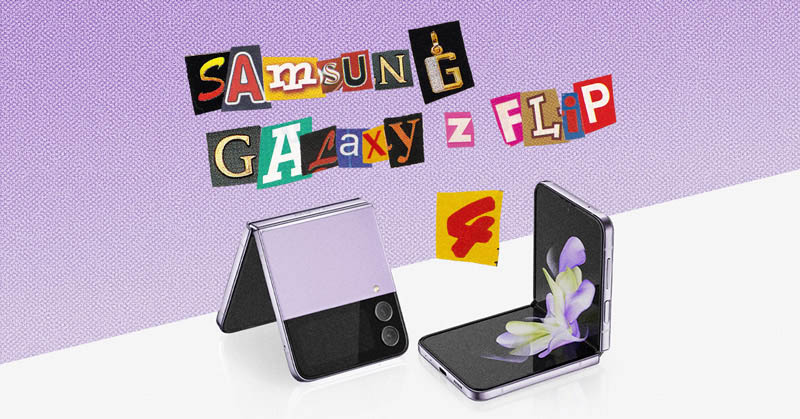 If you’re someone like me—tech-savvy but not tech brand-conscious—you’d settle for a phone that does the job. By does the job, I mean: take calls, send messages, allow access to emails and work apps (mostly Google apps), take photos and videos, and has an operating system that lets me play games, like Mobile Legends. I’m not partial to brands and I don’t mind that my gadgets are not made by the same tech company. Well, that was until I was introduced to the Samsung Galaxy Z Flip 4. And no, it’s not because I grew up in a time where flip phones were all the rage.

RELATED: Review: A Month With The Samsung Galaxy Z Flip

The Samsung Galaxy Z Flip 4 is like a phone and smartwatch in one. Flip it in half and you’ll see your calendar, new messages and the weather report on the 1.9-inch cover screen. I like it because it gives me a quick view of what I want and need to know minus the distraction of several other notifications. The size, at least when flipped (bear with me), is perfect for my tiny bags and is snug in my pocket for when I want to go hands-free. But when I do open the phone, it tends to slip between my fingers—though it could just be me and my small hands that have this issue. Aesthetically, it really is a pretty phone; it’s nice to hold and feels premium especially as Samsung chose to use aluminum on the rails instead of the matte finish of its predecessor. The hinge is firm, too, so you’ll need two hands to open the phone. And though you can still see the gap in the middle of the screen, it’s not exactly a deal breaker. The Galaxy Flip 4 is also waterproof but not dustproof, which can easily be resolved by cleaning and disinfecting the unit regularly.

Now the main display is excellent and has a refresh rate of 120Hz. But it’s made of ultra-thin glass that’s vulnerable to damage (at least according to other Flip 4 users). The screen protector helps but it’s not something that users can apply on their own. I’ve never been one to apply my own screen protector anyway because it tends to bubble up so I leave it to the experts AKA the store staff I buy it from. But as with anything, the phone is susceptible to daily wear and tear so take extra care when using the Flip 4. I only mean it as a precaution since my experience was mostly fuss-free and, come on, this phone doesn’t come cheap.

Flex Mode is when I realized how handy the Flip 4 really is, especially when you need to take pictures or videos and no one else is around to help you, or take video calls while you’re cooking in the kitchen. Flex Mode allows you to use the phone in an L-shape and the content moves to the top half of the screen and the controls at the bottom half. It’s helpful for the aforementioned scenarios but, other than that, I’ve yet to try it on other apps.

But what I love most about the Flip 4 is its camera. Again, bear with me, the bar is pretty low since I don’t take a lot of pictures other than for work. Anyway, this phone has a 12-megapixel F/1.8 main rear camera, 12-megapixel ultrawide and 10-megapixel front-facing camera. I’m always happy with the results, whether I’m taking pictures of my outfit or covering an event at night. I can take photos and videos using Flex Mode and the hand gesture to take selfies has not failed me once.

As for the specs, the Flip 4 likely has the stuff you’re looking for: a Snapdragon 8 Plus Gen 1 processor and all variations include 8GB of RAM, a fast-refreshing and responsive screen, and a 3,700mAh battery, which lasted me a day or two without having to charge—and to think I used the phone for both work and play says a lot about its endurance.

Nostalgia or novelty aside, the Samsung Galaxy Z Flip 4 has everything I didn’t know I needed in a phone. It flips in half, it has a nifty cover screen, performance is great, love the camera. I’m not sure what more I could ask for in a phone.